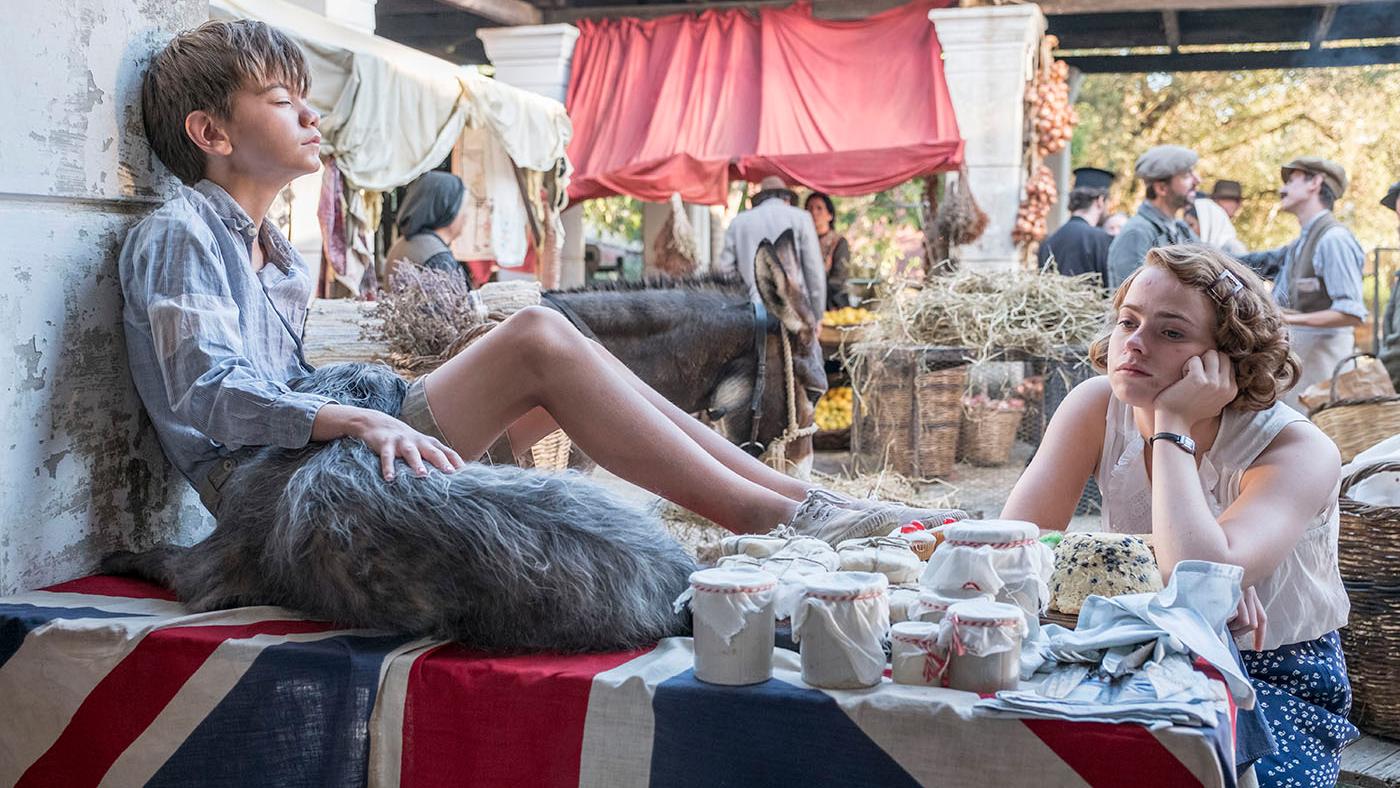 It’s a nightmare situation: an apocalyptic storm has swept over Corfu, trapping the Durrells inside their leaky villa for two days. Larry is at home, suffering – loudly – from the mumps, which he worries will render him infertile. Gerry has brought all his animals indoors for shelter from the rain, and he’s not the most conscientious about cleaning up after them. Leslie is going mad from being cooped up. Acne still blights Margo’s life. And, perhaps worst of all, Aunt Hermione has come to visit, bringing along a friend, Mrs. Haddock, who claims she’s a psychic medium.

When the sky opened up, Theo was at the Durrells’ villa, giving the rest of the family a break from Larry’s terrible company. He’s still there when Spyros brings Aunt Hermione and Mrs. Haddock, and he’s enlisted to put up with even more unpleasant company when the two women find out about Larry’s contagious mumps. Off the women and Theo go through the deluge in Spyros’s car to Theo’s home, ignoring Louisa’s suggestion that they get a hotel. Not before Mrs. Haddock claims that she can feel the presence of Louisa’s late husband – angering Louisa – and that she can cure Margo’s acne, however.

The rational Theo soon tires of Mrs. Haddock’s dismissals of science. But Louisa has begun to be hesitantly intrigued; she has lately yearned for her husband. Larry should no longer be contagious – though he still vociferously complains – so Louisa goes to Theo’s to save him from the women and bring them back to the Durrell villa. 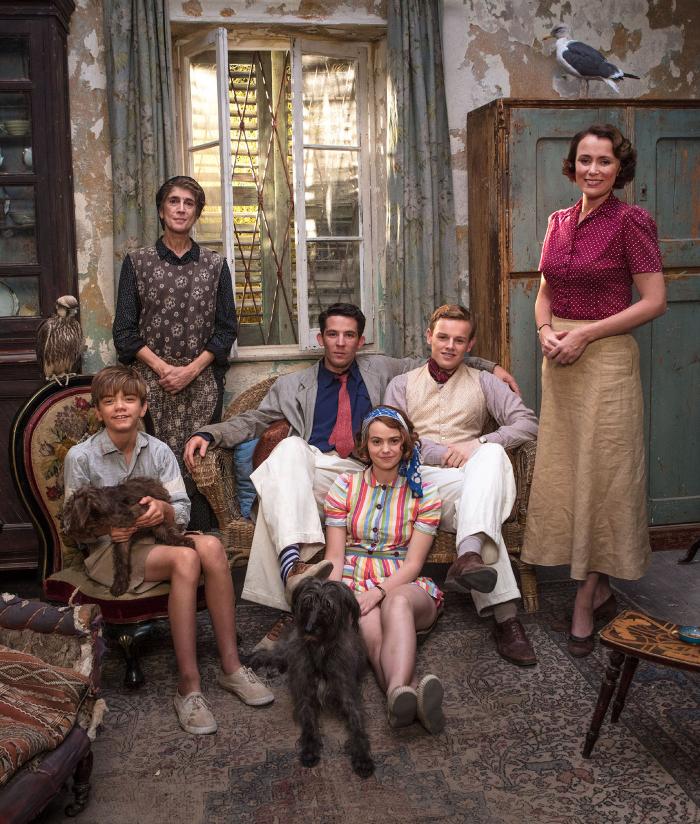 Things aren't so sunny when a storm rolls in and keeps all the Durrells stuck together in close quarters. Photo: Sid Gentle Films & MASTERPIECE Meanwhile, Leslie has attempted to stave off boredom by requesting that everyone prepare entertainment. Margo lectures on the history of fashion, Donald eagerly recites horrendous love poetry written for Margo; Larry can’t keep himself from laughing. Luckily, the arrival of Aunt Hermione and Mrs. Haddock forestalls any further embarrassment, though it creates further drama. Haddock tells Margo to put cabbage on her face to cure her acne, and the girl, swept up in Haddock’s supposed powers, begins to yearn for a séance.

More entertainment is offered: Gerry speaks about conservation, Leslie displays a surprising talent for painting, and Larry reads his writing. Amidst the chaos and tension generated by being stuck in a small house, Larry does admit to Louisa that, unlike him, she has created four masterpieces: her children. That is why he so fears becoming infertile; he doesn’t want to miss his chance to do the same.

That night, Louisa dreams of her husband. The next day, she accuses Mrs. Haddock of bringing “morbidity” into the villa – but when Haddock tells her to smell her hat and she apparently catches the scent of her husband, Louisa changes her mind and asks the medium to stage a séance. Mrs. Haddock has already demonstrated intimate knowledge of Mr. Durrell, so maybe there’s something to her claims of psychic power.

Larry is appalled that his mother has given credence to Mrs. Haddock’s superstitious powers, while Donald continues to struggle to get Gerry to begin his tutoring. Leslie cracks from being cooped up, jumping in a puddle of mud outdoors before returning inside, sodden and sullen. Luga appears – she needs a break from her family after spending two straight days with them. Theo and Spyros also show up – they’re wary of Mrs. Haddock and want to protect Louisa.

Thus, there’s a full crowd for the séance. It starts auspiciously: as Mrs. Haddock, bedecked in sparkly dress and headpiece, begins to summon the deceased Mr. Durrell, thumps come from above. But it’s just Gerry: Donald locked him in his room to try to get him to study.

Take two, with Gerry now joining everyone else around the table. Lightning periodically illuminates the otherwise pitch-dark room. The windows shudder in the wind. Thunder interrupts Mrs. Haddock’s eerie incantations. A pot flies off the table. Something splashes a hand. Louisa and Margo begin to cry.

Mrs. Haddock flees into the storm, while Louisa, Margo, and Leslie all admit that they secretly paid for the séance. Aunt Hermione is devastated by Mrs. Haddock’s exposure. She was lonely, and Haddock seemed a kind friend; Hermione also probably told her about Mr. Durrell, explaining Haddock’s knowledge of Louisa’s husband. Hermione leaves the villa, unwilling to further intrude. Fortunately, she finds a new companion, a distinguished-seeming gentleman, at the hotel. Her loneliness is banished.

As the storm begins to break up, Louisa contributes to the entertainment by reading a poem about grief and death, thus exorcising the ghost of her husband from the home. When Hugh appears as the sun comes out, she tells him that she can finally devote herself completely to their relationship. She has moved on from grieving about her husband. Hugh has his own gift: a new puppy for the family. They name it Thunder.