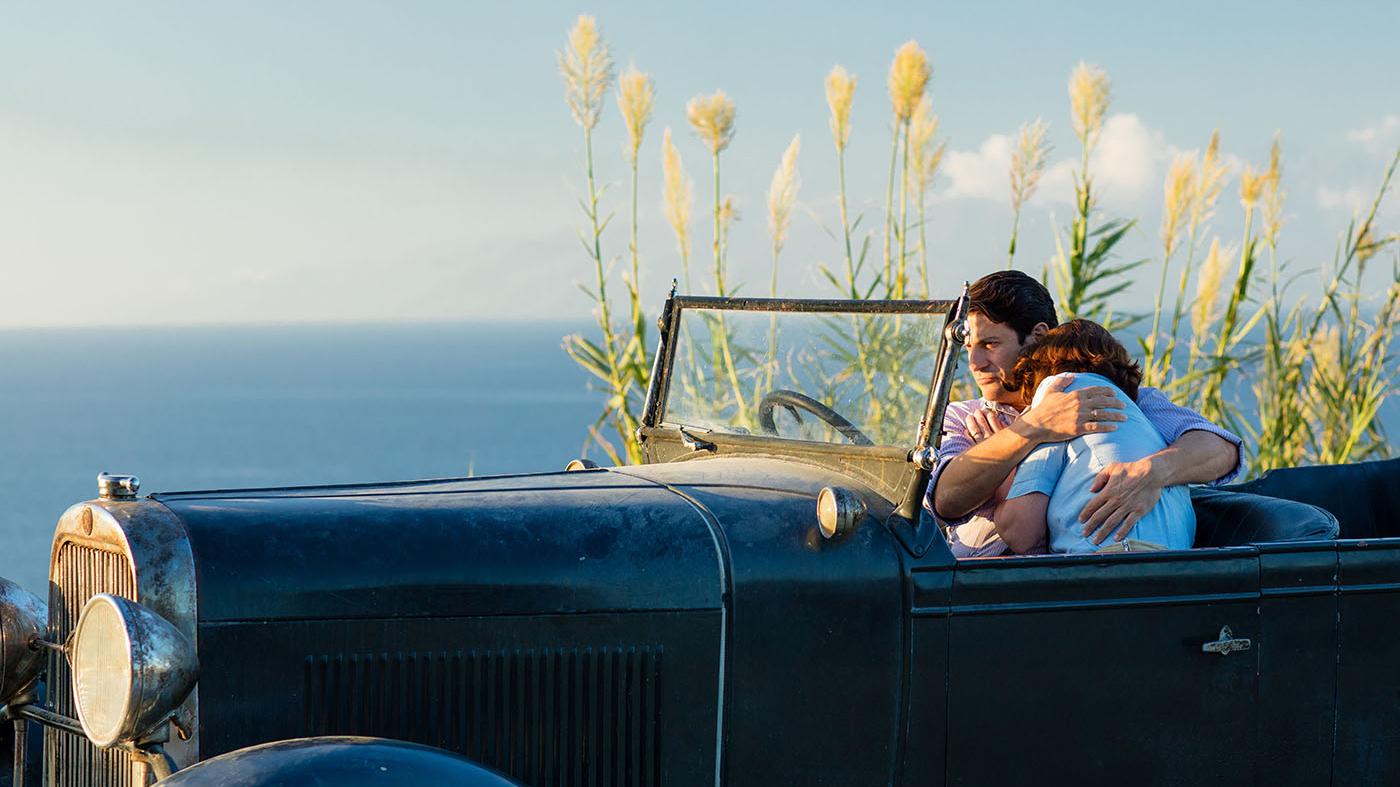 There must be something in the air. The sky is blue, the sun is shining, the ocean is twinkling, and a Brit, a Greek, and an otter are all about to give birth. Emotions are high, so it’s perhaps predictable that a violent crime of passion is also committed during this unusually fertile period.

“There’s a mysterious woman in the kitchen,” Louisa whispers to her family after waking up. Turns out Luga is having back problems and has sent her very pregnant daughter Leonora to clean in her absence. Louisa tries to send the girl home, but then Louisa’s friend Florence, who is also very pregnant, arrives. She is anxious and needs to keep busy, so she’s decided to help clean the Durrell villa – there’s always excitement there. Also, she’s worried about Louisa after the incident between Vasilia and Hugh at the cricket match. “I’m not an invalid, I’m more like an overripe fruit,” Florence says.

As is Gerry’s female otter: “her nipples are massive,” he exults. Happily for Gerry, he has free rein to observe her, given that Donald is on cloud nine. Now that Margo is interested in Donald, he no longer has much motivation to force Gerry to study. 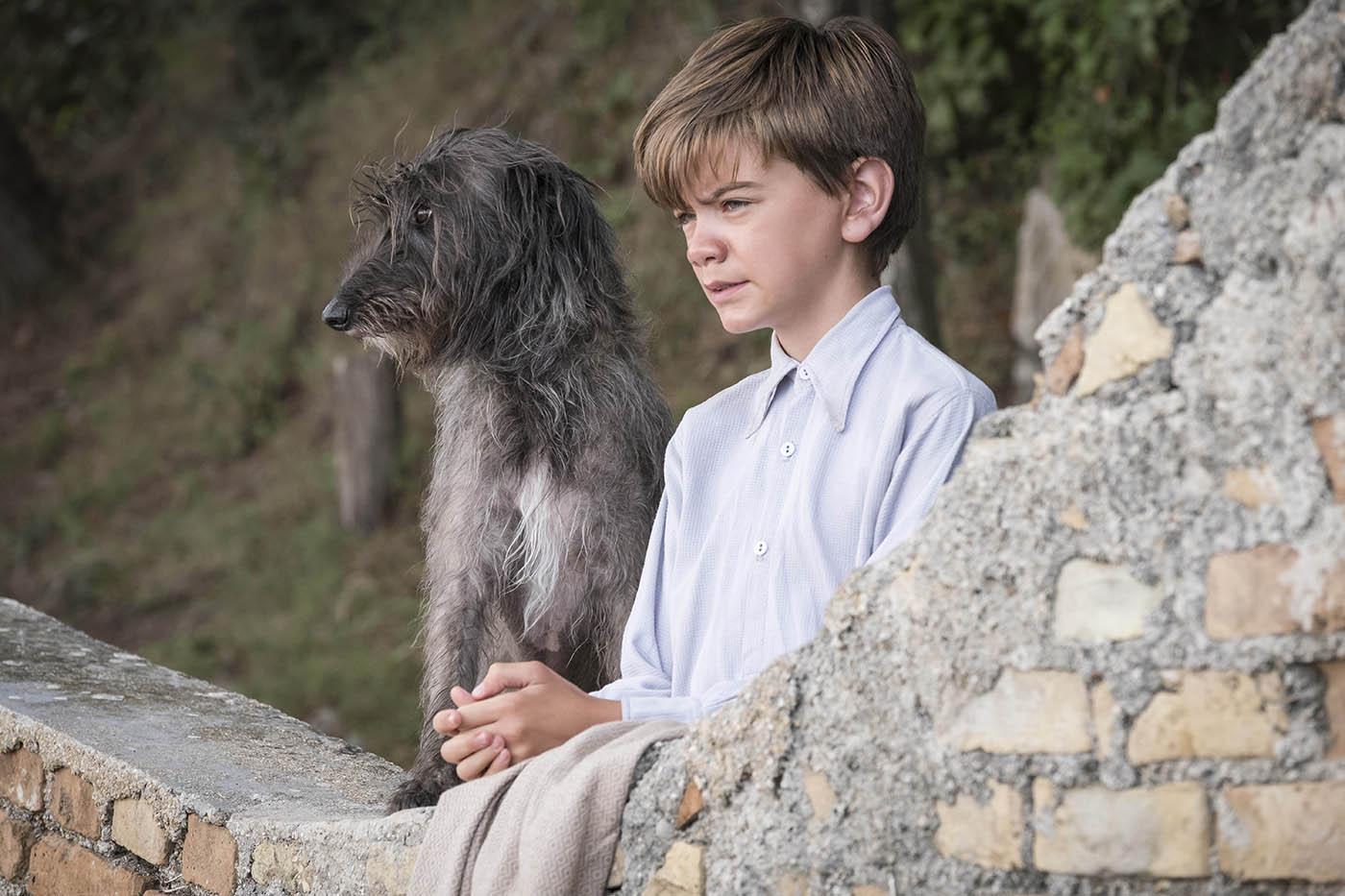 Gerry has free rein to observe his otter's pregnancy, now that Margo is interested in Donald. Photo: John Rogers/Sid Gentle Films for ITV and MASTERPIECE

Louisa wants to know more about this sudden change of heart in Margo, but when the girl begins to blabber on about Donald and love, Louisa quickly decides she’d rather go hash out her feelings with Hugh, to whom she has yet to admit that she’s upset with him. He restates his plea for her to return to England; she says she’ll think about it and wanders off to her favorite quiet place to consider the proposition in the company of a seagull.

Unfortunately she is soon set upon by creatures louder than the bird: Margo arrives to continue talking about Donald, and Larry follows quickly after to complain about being sent on errands. When Louisa is driven away, Margo admits that her sappy babbling was a deliberate – and successful – plan to prevent her mother from ever asking about her love life again.

As Louisa wanders away, she encounters a much quieter person: a patchworked, flute-playing, deaf-mute bird catcher straight out of The Magic Flute who literally has bees in his bonnet. Charmed, Louisa buys his birds from him and sets them free. This magical experience strengthens her resolve. She returns to Hugh and tells him she will stay in Corfu: nothing as unique as that bird catcher exists in England. He says he’ll stay with her then, but she refuses; he won’t be happy. He bitterly blames Spyros for her desire to stay.

Back at the villa, Leonora’s water has broken. Leslie, panicking, sends Larry to fetch Doctor Petrides while he himself grabs the encyclopedia for a crash course in midwifery. Larry takes his time getting to the doctor – with his usual unerring confidence, he’s sure that labor will take hours. He arrives to find the doctor’s wife – Florence – also in labor. Still detachedly cool, he leaves with a book on midwifery instead of the doctor, since he can’t leave Florence. Larry is quickly distracted by first the book, then Margo, whom he decides to buy a drink before heading back to the villa. 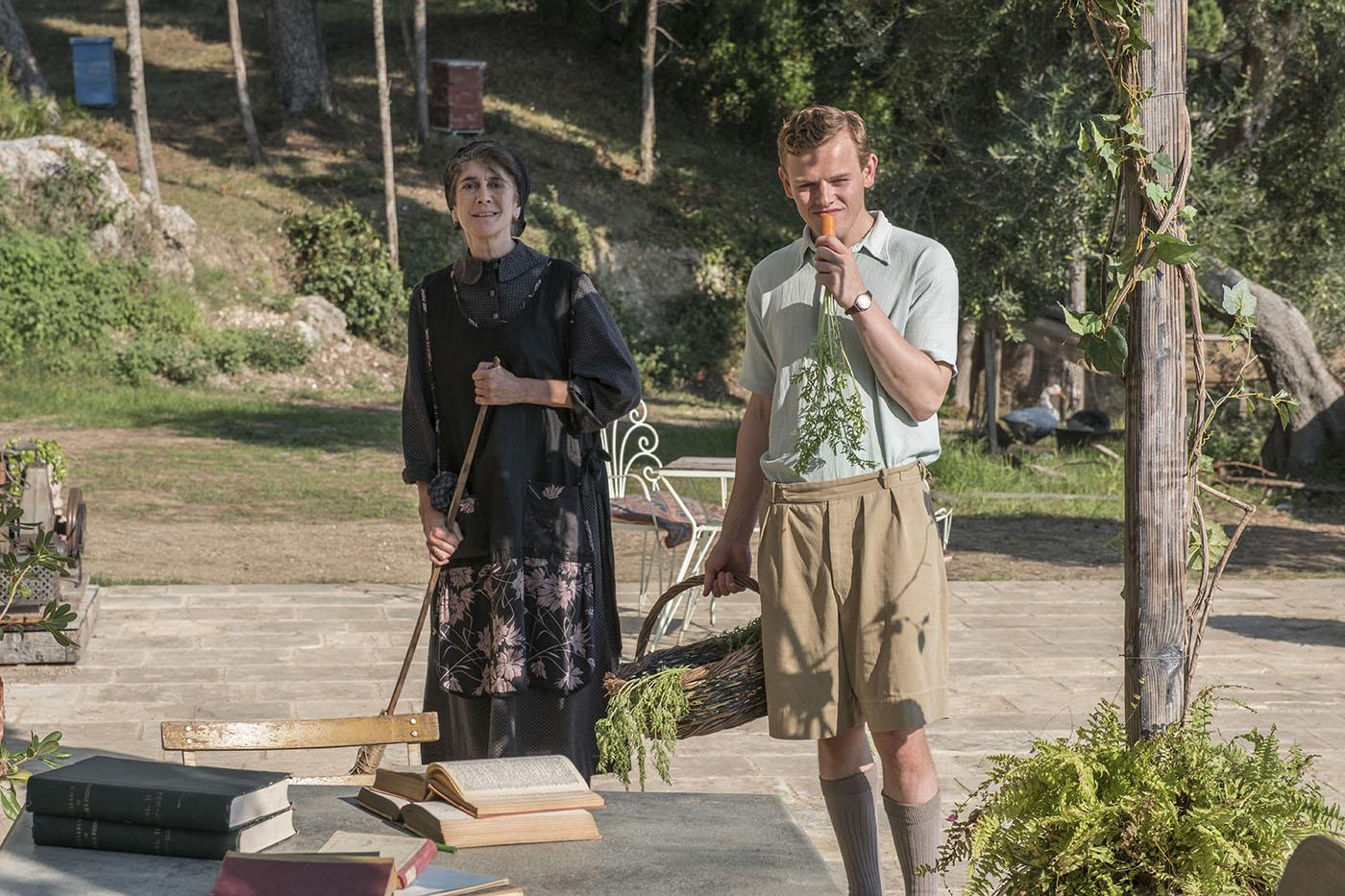 When Luga's daughter goes into labor at the Durrell villa, Leslie has to step in as midwife. Photo: John Rogers/Sid Gentle Films for ITV and MASTERPIECE

The doctor soon receives another, more urgent visitor. Louisa appears, begging him to go treat Hugh, who is lying bleeding in his olive grove. While she and Hugh were ending things, Vasilia came upon them. Unable to deal with the news that Hugh was leaving Corfu, and his cruel remarks to her, she grabbed a knife from his picnic basket and stabbed him in the side. Louisa rushed to get help, encountered Spyros on the way, and sent him to tend to Hugh while she fetched the doctor. Turns out Florence was just experiencing false contractions, so the doctor heads off to save Hugh. Louisa will stay with Florence in case she goes into true labor – and she quickly does.

Still dawdling in town, Larry has begun to miss Vasilia and decides to go visit her. He knocks on her door and she rushes out with tears streaming down her face and luggage bundled under her arms. With her gone, Larry decides he may as well make his way home and check on Leonora. 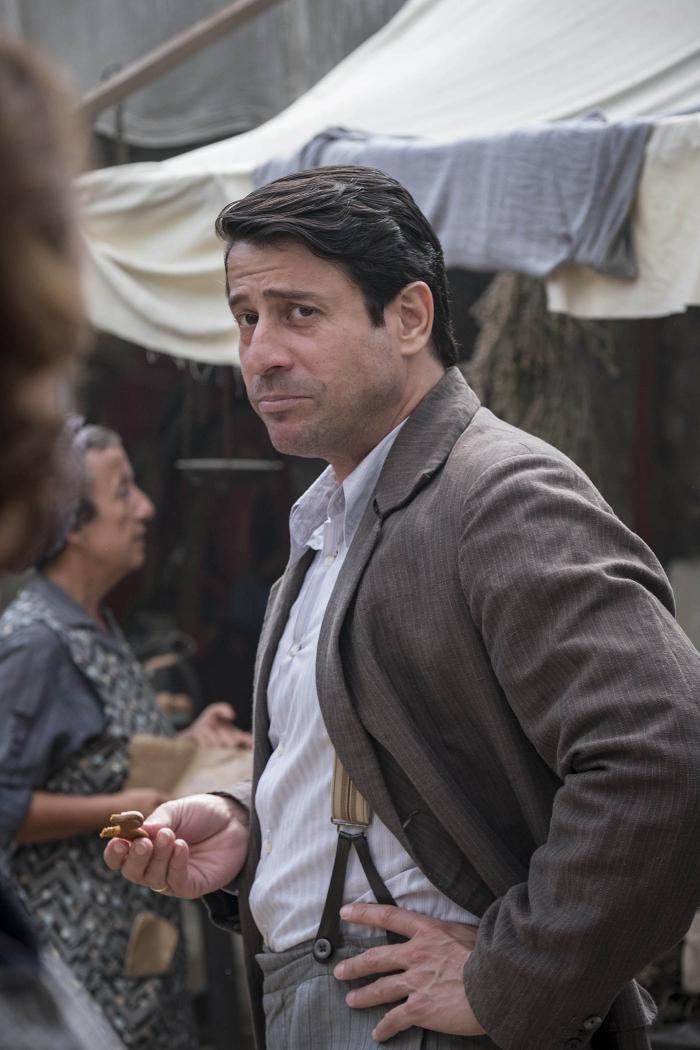 Hugh is left in the care of his rival, Spyros. Photo: John Rogers/Sid Gentle Films for ITV and MASTERPIECE Surprisingly, she’s fine. Leslie has successfully delivered her baby. Thrilled, he hands the newborn girl over to Leonora and collapses on the table, exhausted and emotional. Florence has also given birth, to a boy, in the absence of her husband and with Louisa as midwife. The otter bests them all: she has two new cubs.

All’s well with Hugh, too. Thanks to his rival Spyros he has survived, though he has to go to the hospital in Athens in case of internal damage. Before leaving, he apologizes to Louisa for his graceless response to her refusal of him and they say their last goodbyes. As Louisa drives away with Spyros, she sobs.

When she returns to the villa, Leslie wants to compare notes on their respective deliveries. Larry’s upset that he “spent the whole day missing everything interesting” – his own fault, really. Margo presents a new boyfriend, an arrogant Turk – she’s decided Donald is boring and too safe. And Gerry brings the sad news that one of the otter cubs died.

But all soon turns to celebration. Everyone is invited to the christening of Leonora’s girl, presided over by Pavlos. Leslie makes a heartfelt speech about the honor of being the girl’s godfather and of being present at the birth. Then he nearly drops the baby.

At the party after the ceremony, Donald says goodbye to Margo – he’s leaving again. But not before he tackles her blustery new boyfriend. As the two cat-fight, the Durrells walk away to go home. Leslie pops out of some bushes where he’s been canoodling with a girl. With a glorious cliff-side view as backdrop, Louisa tells her children she loves them. Embarrassed, they wander off into the beauty of Corfu’s landscape. Louisa smiles.