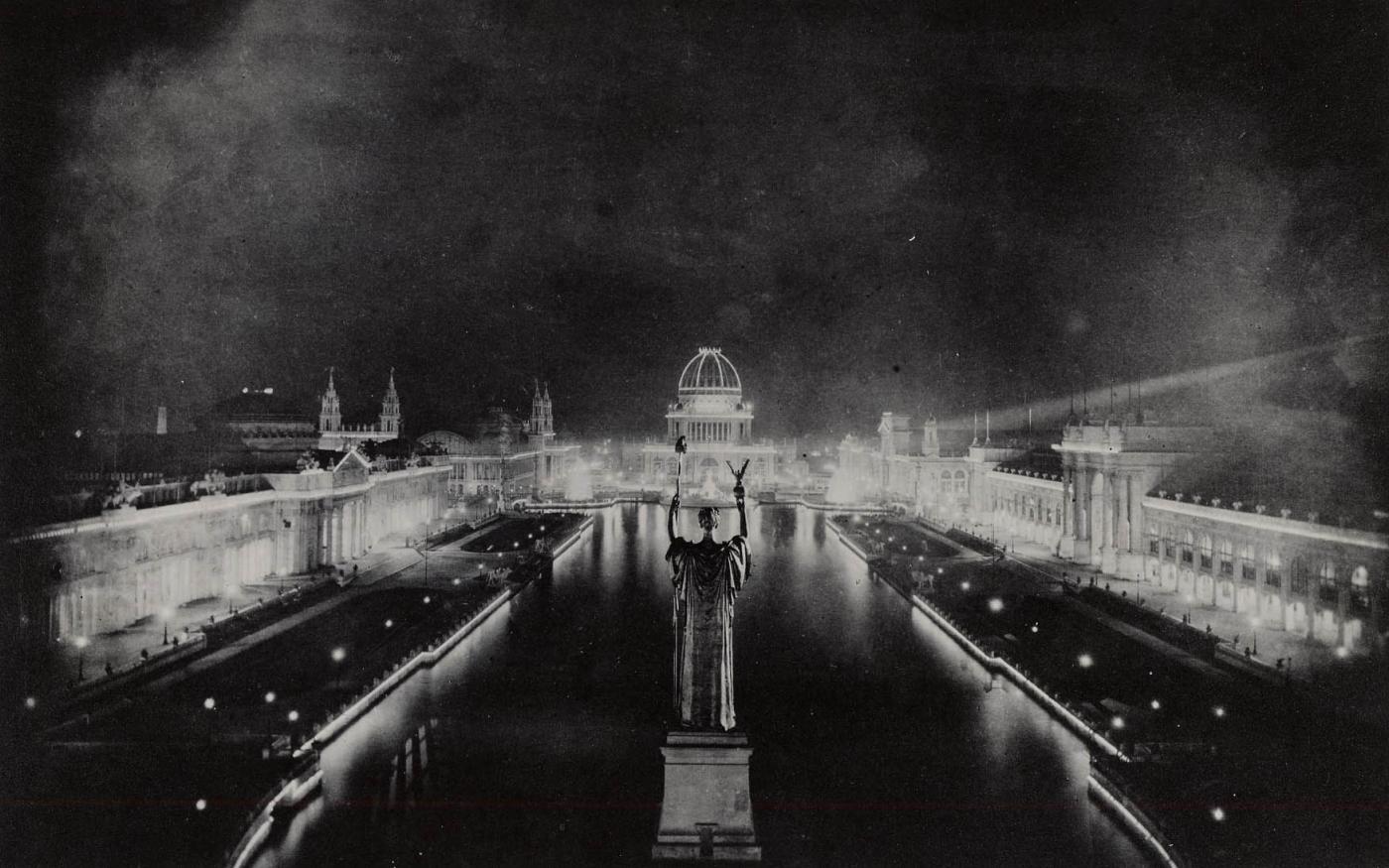 The Statue of the Republic looks over the "white city" of the 1893 Chicago World's Fair, with its electric lights.

In a small wooden shack on a marshy bog, amidst the massive skeletons of half-finished structures, a Christmas tree begins to grow. Its scant branches bloom into lush needles. Colorful ornaments and garlands appear. Its base widens, its top reaches skyward, it becomes greener, taller, bigger, denser, until it dwarfs its surroundings in this dream of a ballet.

Months later, in the real world, the frameworks have become gleaming buildings. The shack is gone, the bog is landscaped into paths, waterways, a wooded isle. Millions of people come to visit this white city, with its amazing electric lights, towering Ferris Wheel, noble buildings, and golden statue. Chicago, the location of these wonders, is forever changed.

The Joffrey Ballet’s reimagined Nutcracker takes place in Chicago during the construction of the 1893 World’s Columbian Exposition. The small shack amidst the huge buildings-in-progress is the home of the main character, Marie. Her mother is a sculptor working on the Fair’s iconic golden statue. When Marie begins to dream upon falling asleep after a holiday party, after the Christmas tree grows and nutcrackers battle rats, she visits not a land of sweets but the completed World’s Fair. 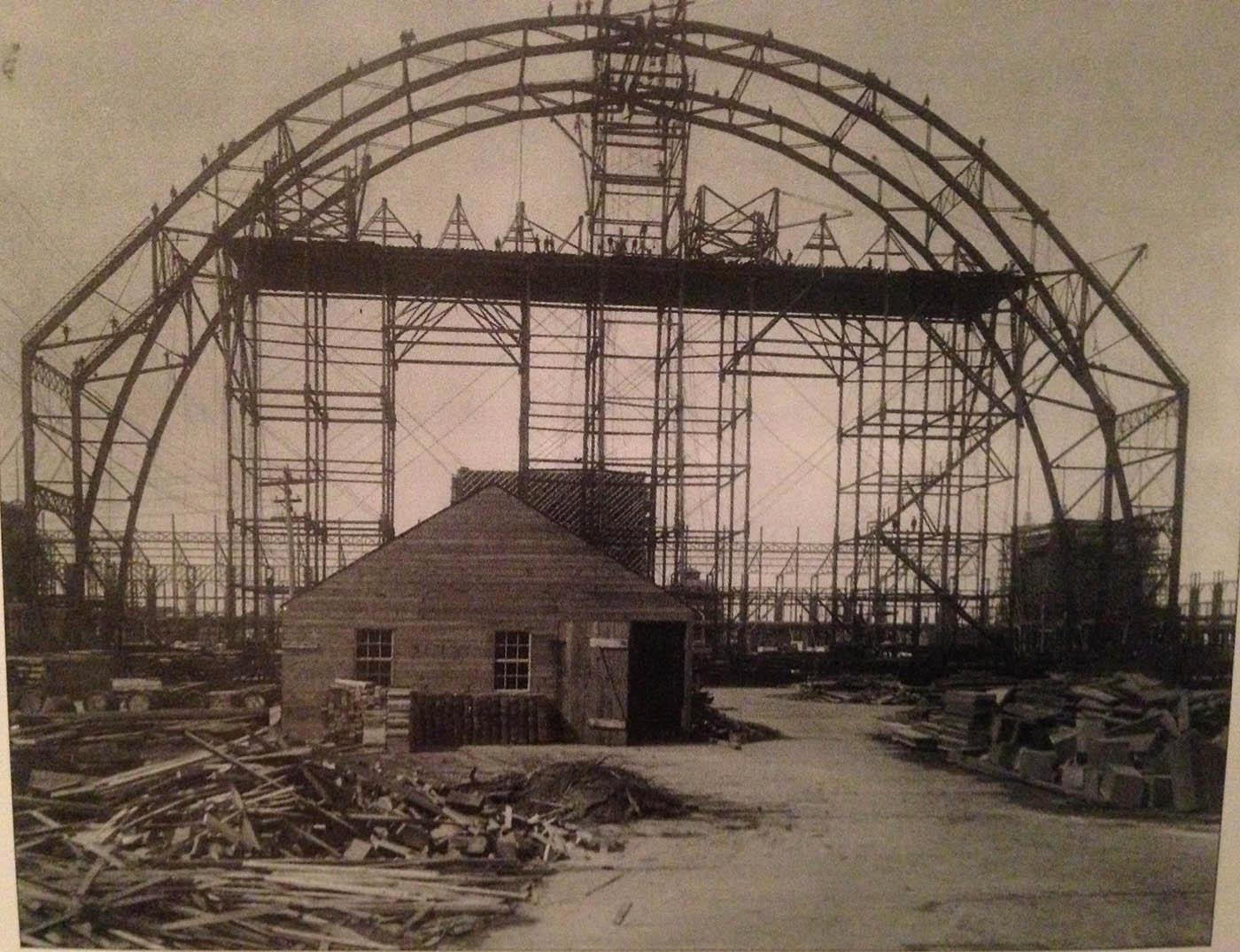 There she encounters dancers from Spain, the Middle East, and China at the international exhibitions of the Midway Plaisance. These exhibitions displayed cultures from around the world in stereotyped and belittling ways. African “villages,” the “streets of Cairo,” belly dancers, alleged cannibals: all were brought by entrepreneurs for Westerners to gawk at. (Despite the attempts of African Americans to be included in the Fair, the only black people allowed to be part of the official exhibitions in the Fair’s white city were at the Haiti Pavilion, where Frederick Douglass served as representative.)

The Midway, a mile-long stretch of parkway that connected Washington Park to the fairgrounds on Jackson Park, was the amusement center of the Fair. In addition to the cultural exhibitions, it included a hot-air balloon ride, a traveling zoo, and the world’s first Ferris Wheel. The Midway’s success was such that it became the model for Coney Island’s first amusement park, Steeplechase Park, which was opened in 1897 by George C. Tilyou after he visited the World’s Fair and decided to build his own Ferris Wheel. 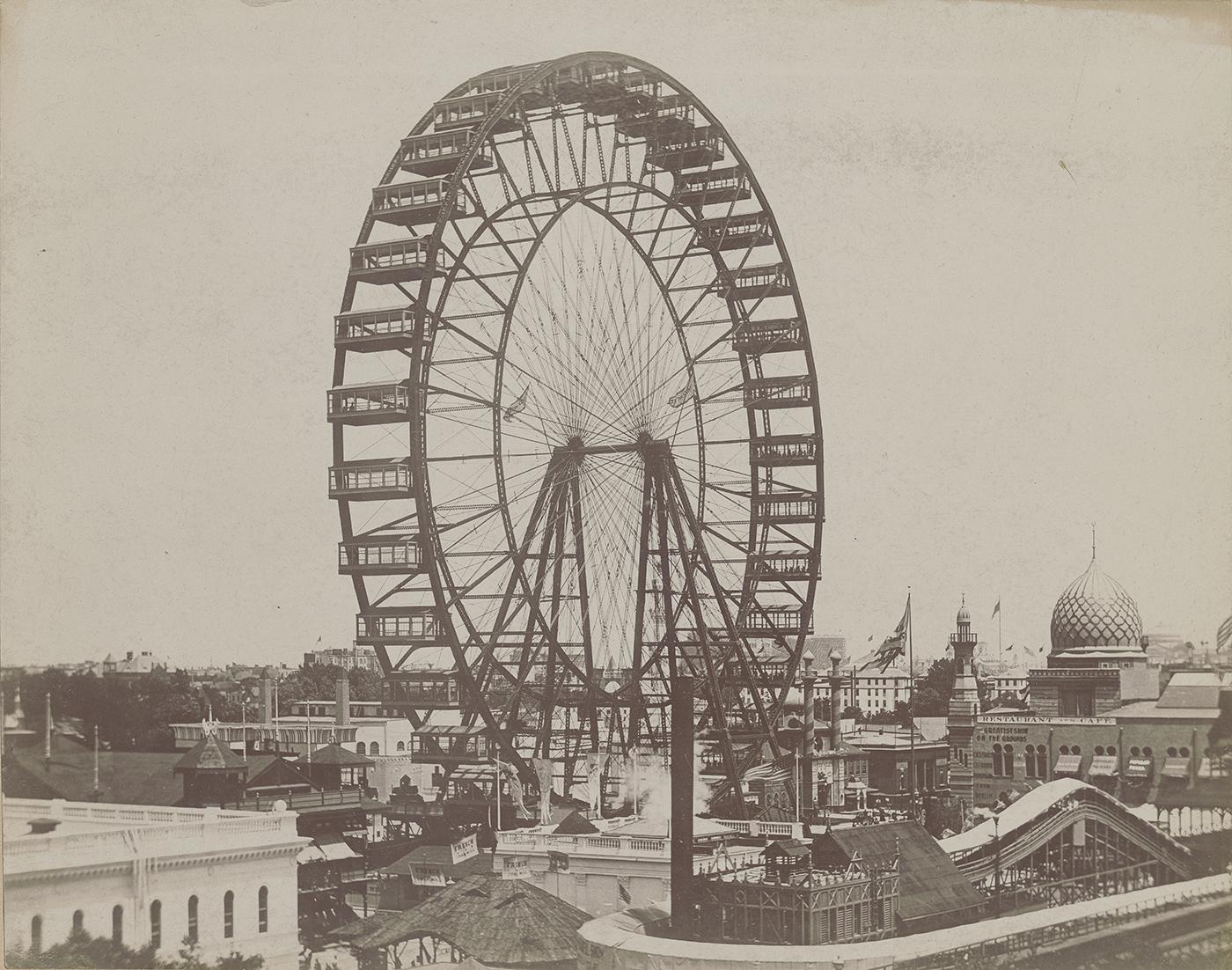 The Ferris Wheel was not the only similarity between the World’s Fair and the amusement parks of Coney Island. The classically inspired buildings of the white city, grand though they were, were not built to be permanent. Instead, their facades were constructed from plaster, making them almost like a Hollywood set. This “fake grandeur” provides another tie to Coney Island (especially the later Luna Park and Dreamland), with its faux Venetian canals and gaudy turrets, says Julian Crouch, the production designer for the Joffrey’s new Nutcracker.

Crouch sees the World’s Fair, Coney Island, and the Little Nemo cartoons of Winsor McCay, another offshoot of the Fair, as outgrowths of a particular optimistic, utopian mindset that flourished in late nineteenth-century America. The architecture in Nemo’s “Slumberland” drew on the ornate styles of both the World’s Fair and Coney Island; McCay’s cartoons in turn inspired Crouch’s designs for The Nutcracker. Nemo has “fantastical buildings that are sort of classical and sort of theatrical, and of course that’s exactly what the World’s Fair was,” says Crouch. 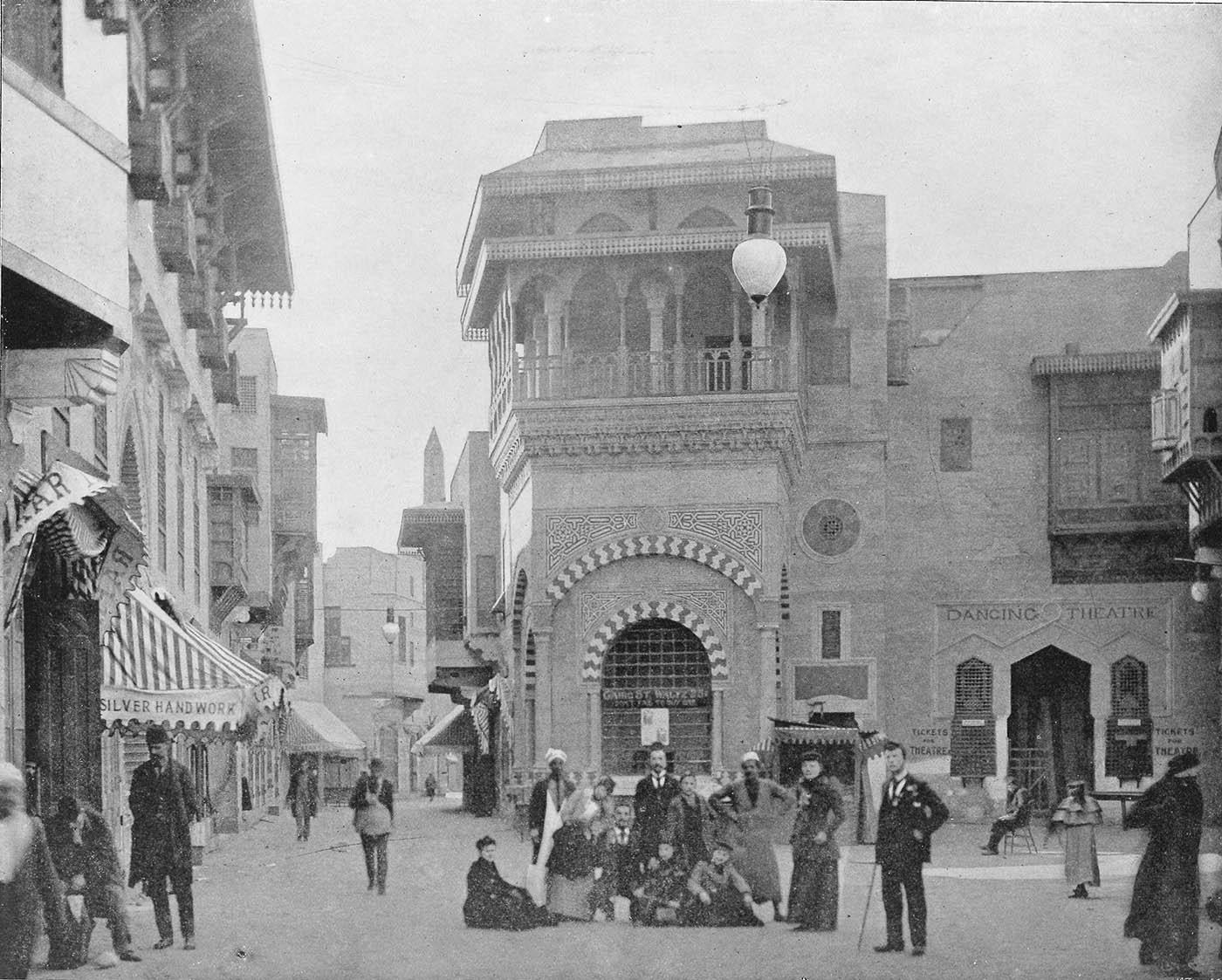 The Midway included "cultural" exhibitions such as the "Streets of Cairo," that stereotyped people from around the world and included buildings of "fake grandeur."

An explicitly theatrical aspect of the Fair that was incorporated into the Joffrey’s Nutcracker was Buffalo Bill’s Wild West Show. Although the organizers rejected his offer to be part of the Fair, Buffalo Bill set up his show just outside the grounds, and drew huge crowds and income. As The Nutcracker’s Marie continues along the Midway in her dream, she stumbles upon Buffalo Bill’s show. The Russian Dance music of the ballet becomes a Wild West hoedown featuring the lasso-twirlin’ Bill.

Marie finally comes to the white city itself and stops at one of its most stunning attractions: the iconic golden statue of a woman that her mother has been working on. At the real, non-Nutcracker World’s Fair, this Statue of the Republic, sculpted by Daniel Chester French, became a symbol of the Fair. Standing 111 feet tall with its plinth in the central basin of the white city, it was the tallest statue built in America at the time (the Statue of Liberty, although taller, was from France). A smaller-scale replica of the statue – the original was destroyed in a fire after the Fair – was sculpted by Chester French 25 years later and still stands in Jackson Park.

While the real-life statue is modelled on the philanthropist and socialite Edith Minturn Stokes (the great-aunt of Edith Minturn Sedgwick, better known as Edie Sedgwick), the statue in the Joffrey’s Nutcracker is a stand-in for Marie’s mother, its sculptor. The historical white city was in fact worked on by female sculptors: the sculptor Lorado Taft, who taught at the Art Institute, hired a group of his female students to complete the ornate detailing on the buildings of the Fair, especially the Horticultural Building. Some of those women also received commissions for more prominent sculptures to be featured in the Fair.

As Marie watches, the statue comes to life and dances a romantic pas de deux with the Great Impresario, a character based on the visionary architect Daniel H. Burnham, who oversaw the construction of the Fair as its Director of Works.

Dylan Gutierrez, a Joffrey company member who originated Buffalo Bill, sees a Burnham-like figure elsewhere in this new Nutcracker, which was choreographed by Christopher Wheeldon, who also put together the creative team. “It’s kind of like Chris is Daniel Burnham, envisioning this and putting it together, and the dancers and creative team are the immigrant workers on the Fair, the people that were so vital in making it happen,” he says. “It’s just kind of perfect.” 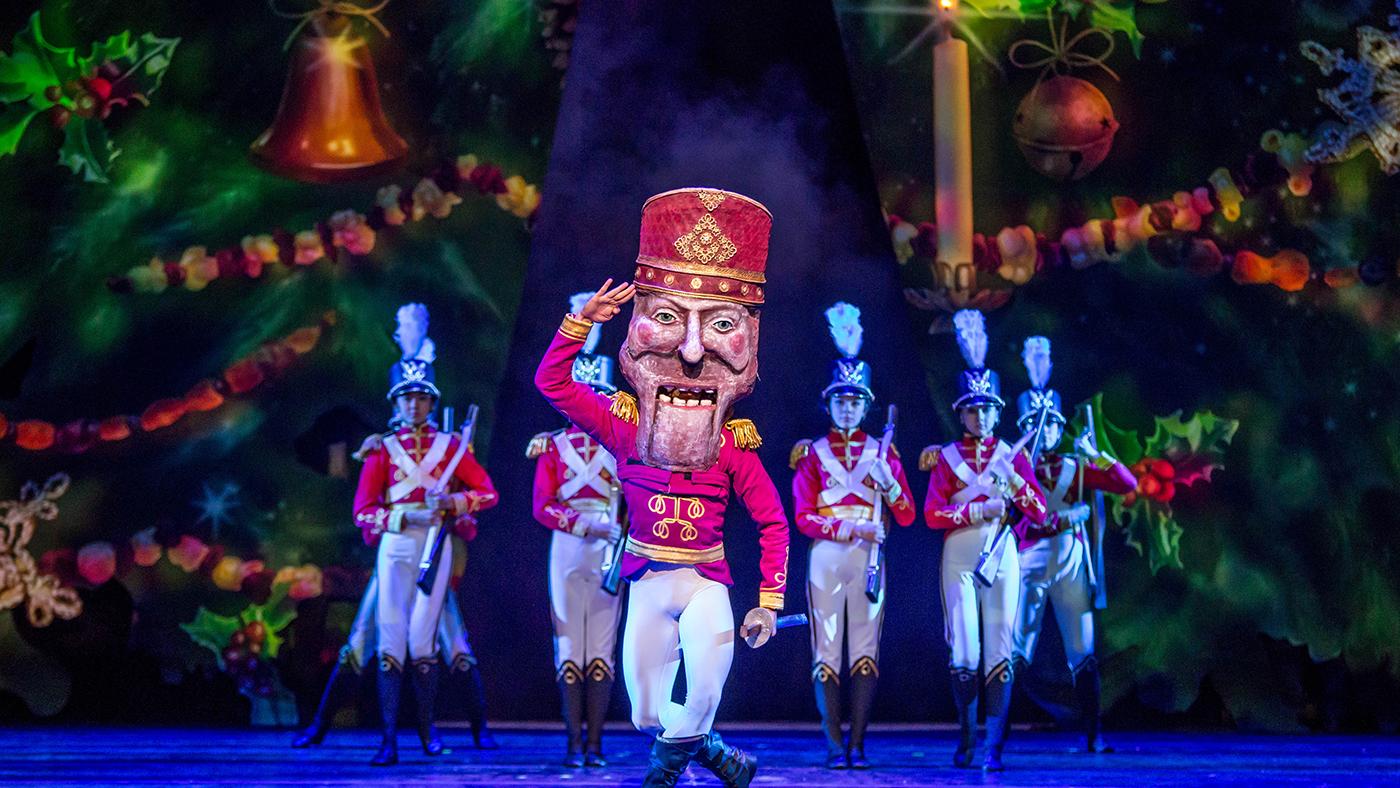 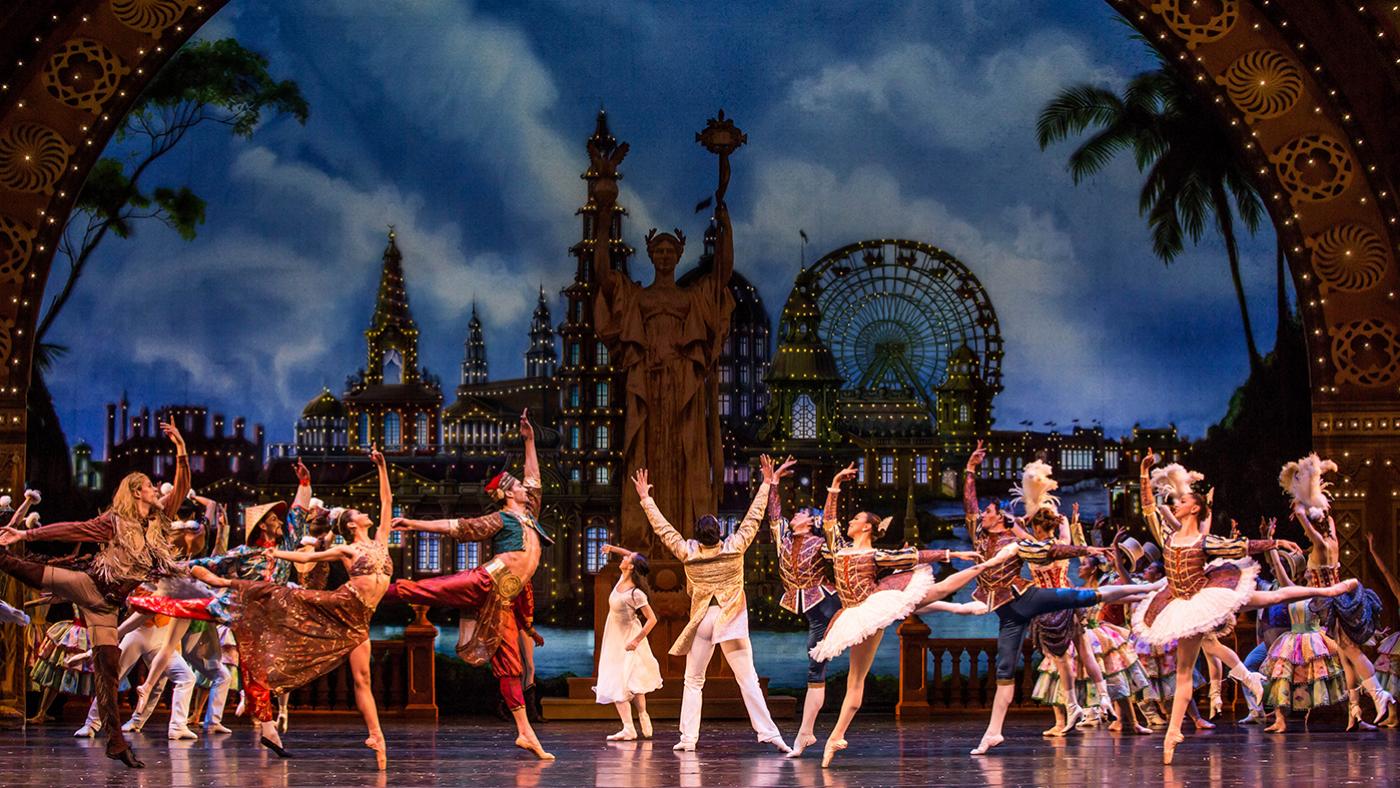