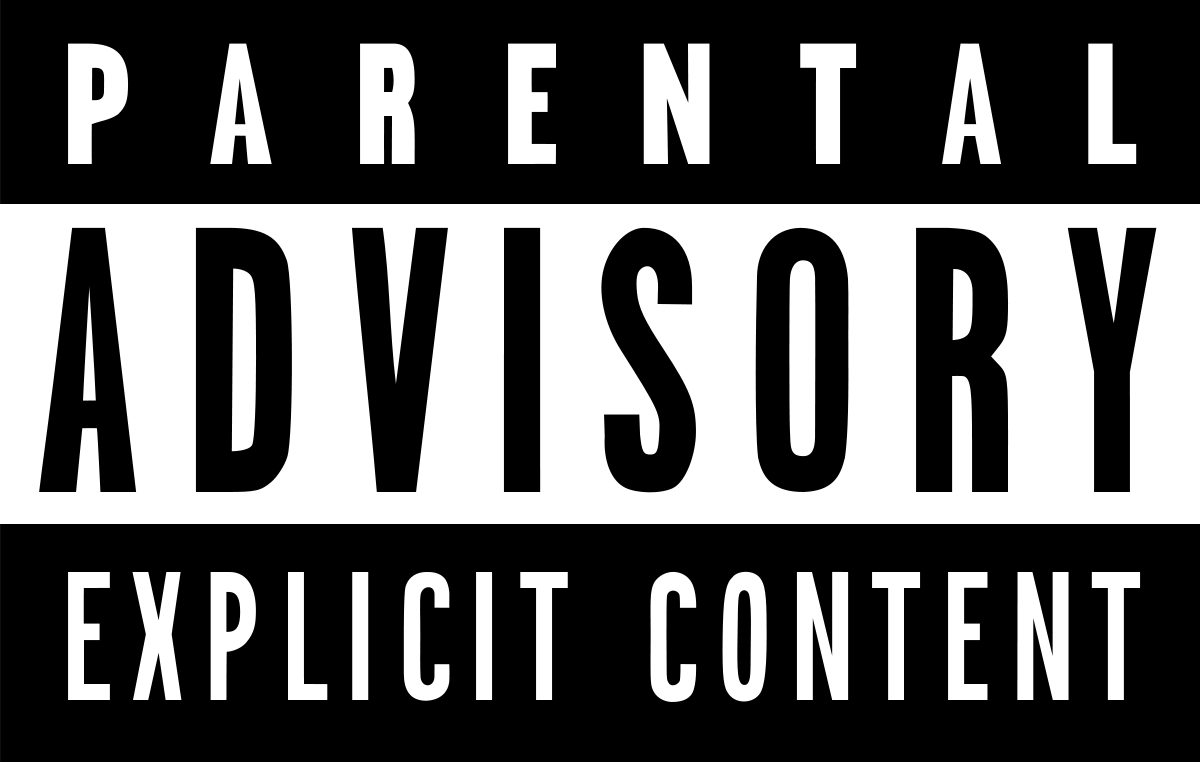 Image trademarked by the Recording Industry Association of America

Great Performances: Indecent airs Friday, November 17 at 9:00 pm and is available to stream.

Paula Vogel’s play Indecent, which won a Tony for co-creator and director Rebecca Taichman, tells the story of a 1923 New York production of Sholem Asch’s God of Vengeance that was shut down by the police for being an “alleged indecent, immoral and impure theatrical performance,” according to a New York Times article at the time. The production featured Broadway’s first kiss between two women and was set in a brothel, leading to a conviction of the play’s cast, producer and the theater manager. Fortunately, the producer was also a lawyer who eventually managed to get the conviction overturned, despite even the ACLU declining to help because they thought the case was hopeless.

Take a look at some other (in)famous instances of censorship, attempted or successful, in America. They 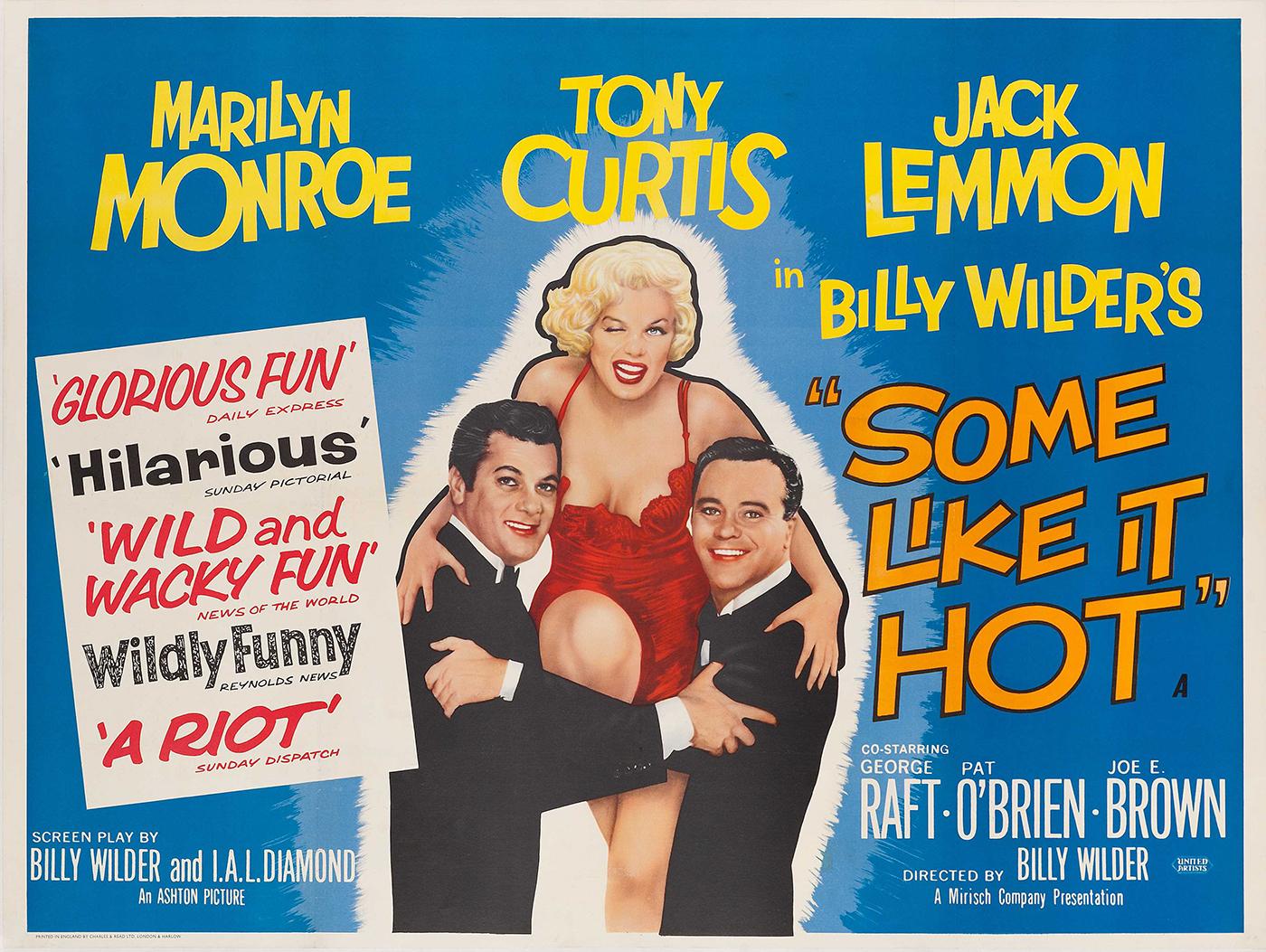 Some Like It Hot was one of several films to weaken the hold of the Hays Code. Image: Christie's

Films had it hard in the first few decades of the twentieth century. Politicians at all levels of government could easily and inconsistently censor or ban a film from being shown in their district. To prevent this uncontrollable loss of audience, the studios began to self-censor, first by hiring President Harding’s former Postmaster General, Will H. Hays, to be president of the Motion Picture Producers and Distributors of America in 1922.

Hays came up with a list of “Don’ts and Be Carefuls” for producers in 1927, and in 1930 the Hays Code was created based on recommendations from a Jesuit priest and Catholic film buff. Its prohibitions, which promoted traditional values, were not well-enforced until Joseph Breen came on the scene in 1934 and began editing screenplays before they were produced. Adherence to the Code declined in the ‘50s, and it was completely abandoned in 1968 when the film rating system was adopted. 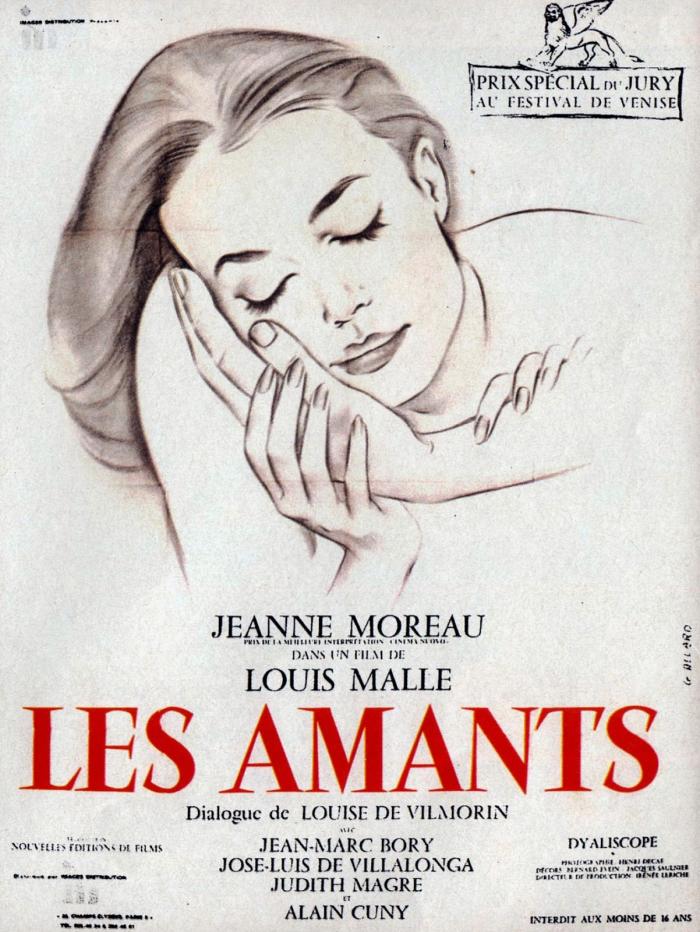 A case involving a showing of Louis Malle's Les Amants in Cleveland led to a famous remark by a Supreme Court Justice Jacobellis v. Ohio

This 1964 case is the source of Justice Potter Stewart’s oft-quoted assertion that, while he couldn’t define hard-core pornography, “I know it when I see it.” The case arose when an Ohio theater owner was convicted for showing a film deemed obscene by the state, Louis Malle’s Les Amants. The Supreme Court overturned the conviction, ruling that “a work cannot be proscribed unless it is ‘utterly’ without redeeming social importance.” This freed up all sorts of things from censorship, including books like D.H. Lawrence’s steamy Lady Chatterley’s Lover. Jacobellis’s standard was eventually expanded upon and clarified in the 1973 Miller v. California, which remains the ruling Supreme Court precedent on obscenity.

In 1985, this organization was founded by four wives of powerful Washington, D.C. men, including Al Gore’s spouse Tipper. The women were concerned about children’s exposure to music with violent, sexual, or drug-related content and advocated for a rating system or guidelines to warn parents about such types of music. In response, the Senate held a hearing on proposed warning labels for mature content in music. Frank Zappa, John Denver, and Dee Snider of the band Twisted Sister all testified against the labels, but “Parental Advisory” stickers were eventually adopted by the Recording Industry Association of America.

In 1982, the American Library Association (ALA) launched Banned Books Week, which has continued every year since, to “draw attention to the importance of the freedom to read, to publicize threats to that freedom, and to provide information to combat the lack of awareness,” says Robert P. Doyle, the editor of the ALA’s Banned Books list, which collects challenges to books (though only those reported in the press). The First Amendment right to free speech has high stakes for the ALA: they cite various writers on its importance, including Supreme Court Justice William O. Douglas, who wrote that “Restriction of free thought and free speech is the most dangerous of all subversions. It is the one un-American act that could most easily defeat us.”

Each year, the ALA also publishes a list of the top ten banned books. Last year, five of the top ten were challenged at least in part because of LGBT content, including two books with transgender characters. But the list also included a series of children’s books by Bill Cosby that was challenged because of “criminal sexual allegations against the author.” The top three reasons for challenging? “Sexually explicit” material, “offensive language,” and a book “unsuited to any age group.” 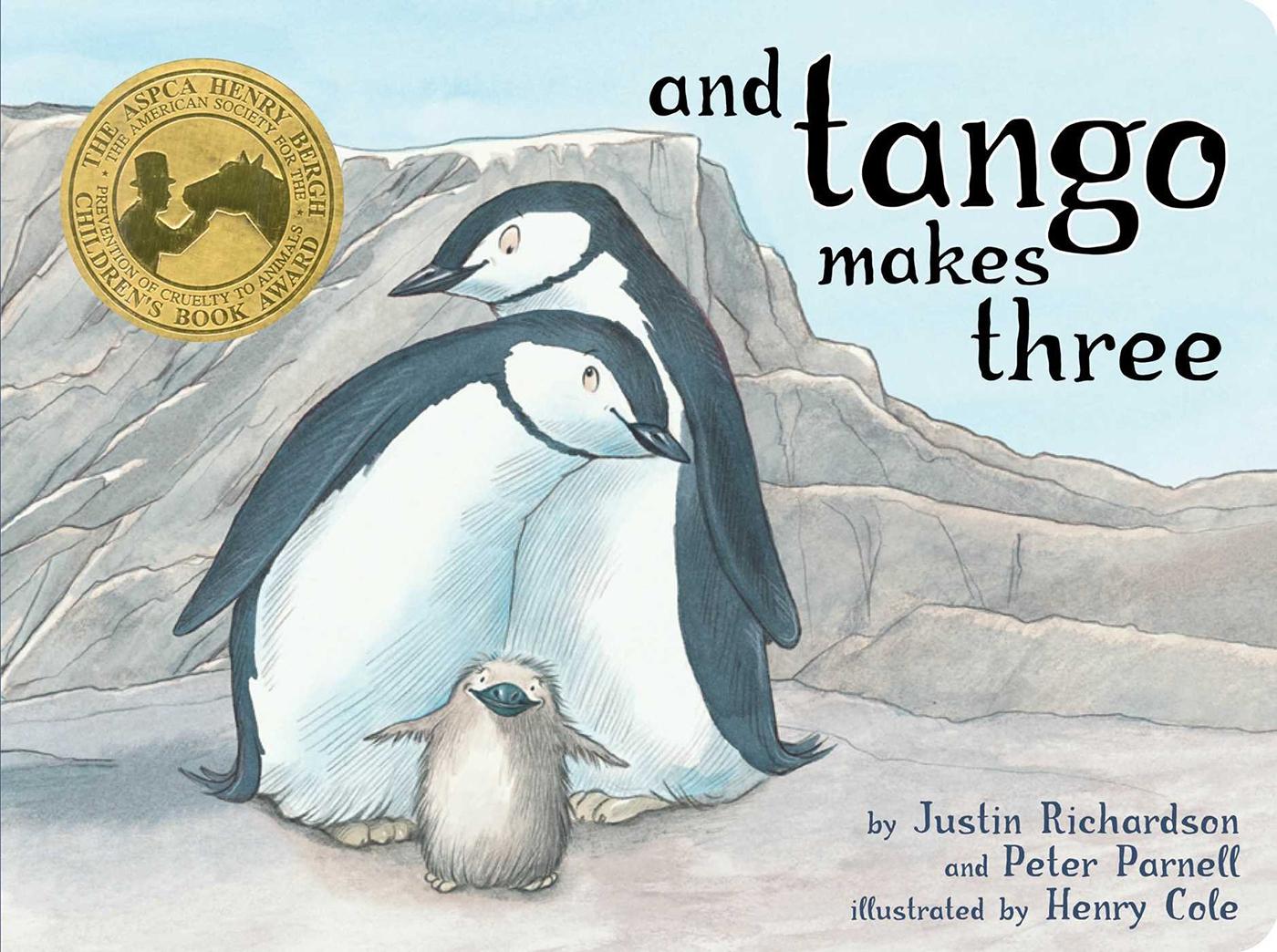 The book And Tango Makes Three, based on the true story of two male penguins raising a chick, has often been banned for "homosexual overtones"

This painting was included in the Whitney Museum of American Art’s 2017 Biennial, which was open from March through June of this year. Schutz’s work was based on photographs of the mutilated Emmett Till in his open coffin that his mother urged publications to print in order to show the terrible violence of racism – the 14-year-old Till was lynched by two Mississippi white men in 1955. At the Whitney, an artist named Parker Bright began silently protesting the painting by standing in front of it wearing a T-shirt that said “Black Death Spectacle,” arguing that a white woman should not profit from the suffering of African Americans and that the painting should be removed. Another protester said it should be destroyed.

The protests sparked a debate on social media over artistic representation, the right of an artist to use images beyond their own experience or life, and the worth of controversial and disturbing art. The Biennial’s curators met with Bright and installed new wall text that referenced the controversy and included a statement by Schutz that said “This painting was never for sale and never will be.” The painting stayed up. 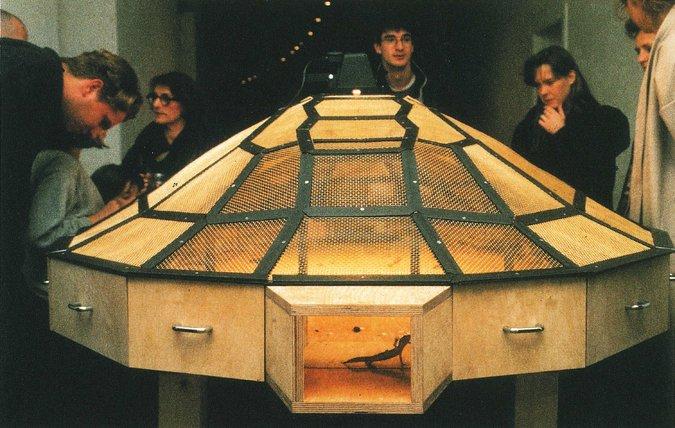 In late August of this year, New York’s Guggenheim Museum announced that it would pull three works from its “Art and China after 1989” exhibit after protests by animal rights activists. Sun Yuan and Peng Yu’s video “Dogs That Cannot Touch Each Other” depicts pit bulls, restrained by harnesses, running towards each other on treadmills in an attempt to fight; Xu Bing’s video “A Case Study of Transference” shows a tattooed pair of pigs mating in front of an audience; and Huang Yong Ping’s “Theatre of the World” contains a set of enclosures with reptiles and insects that eat each other. 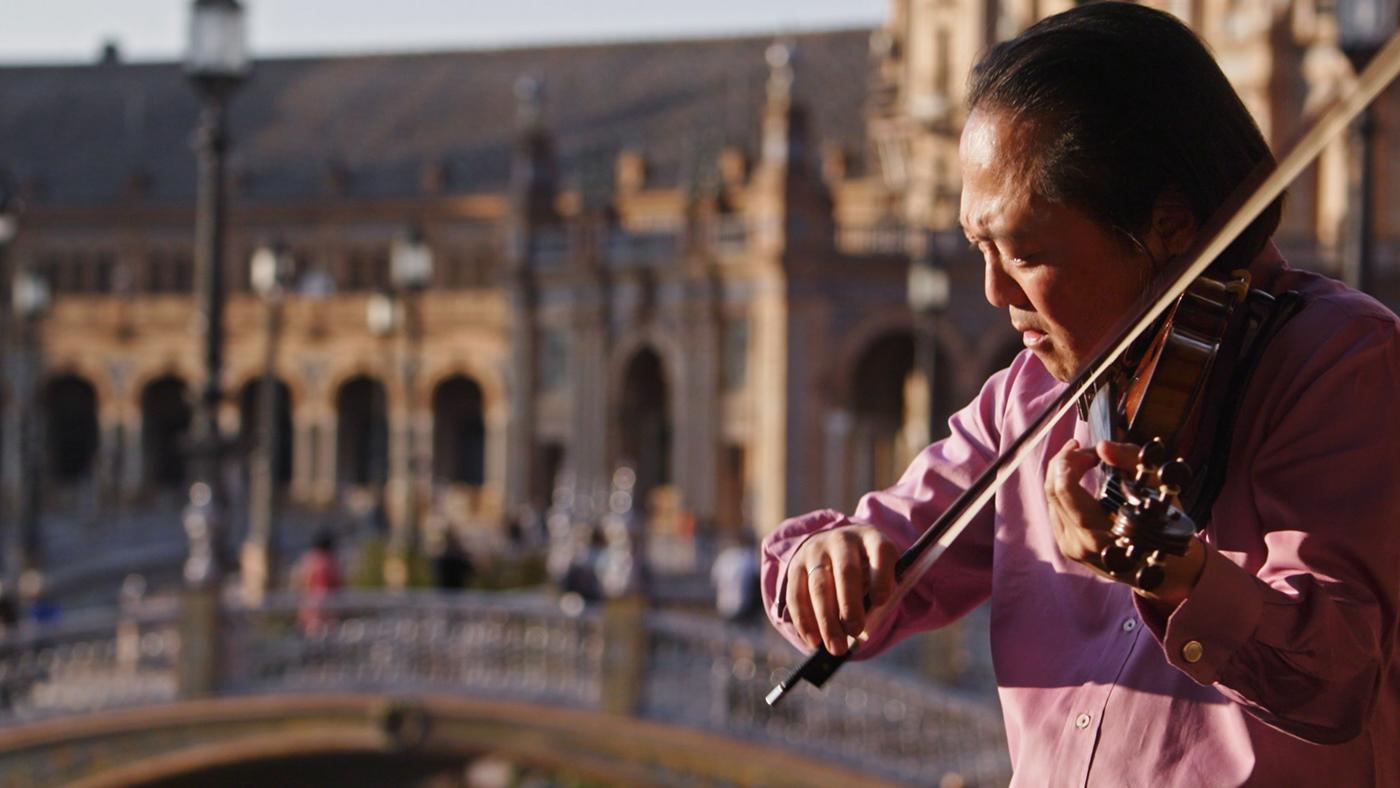 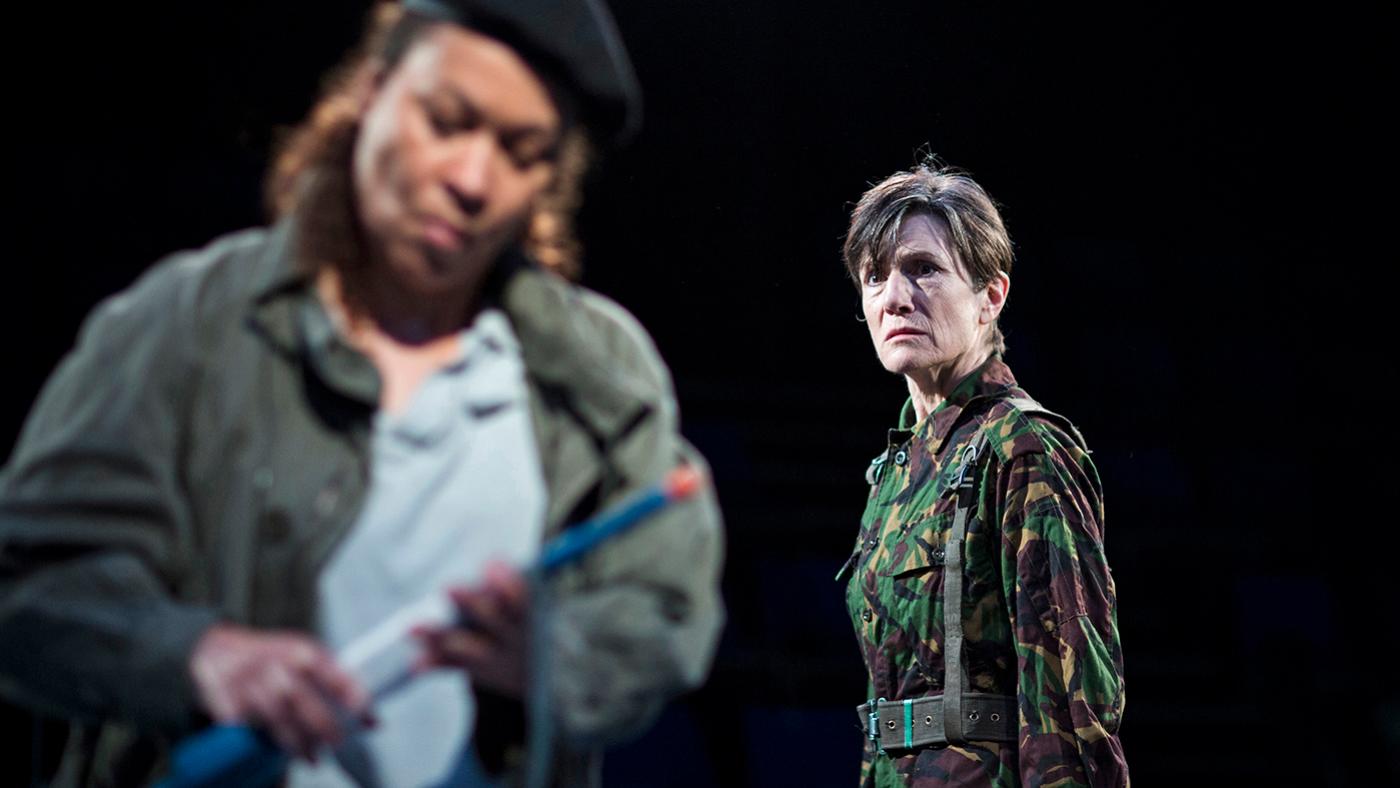 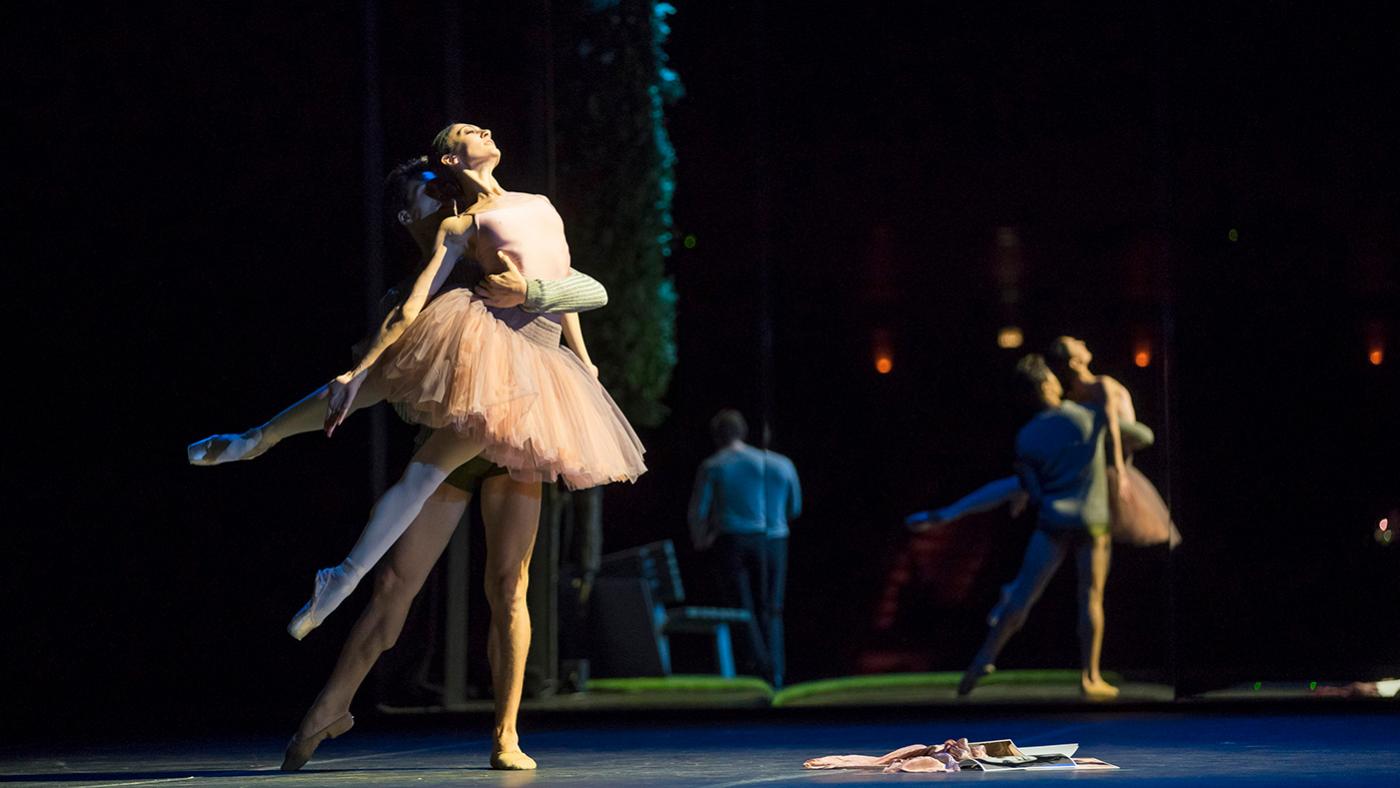 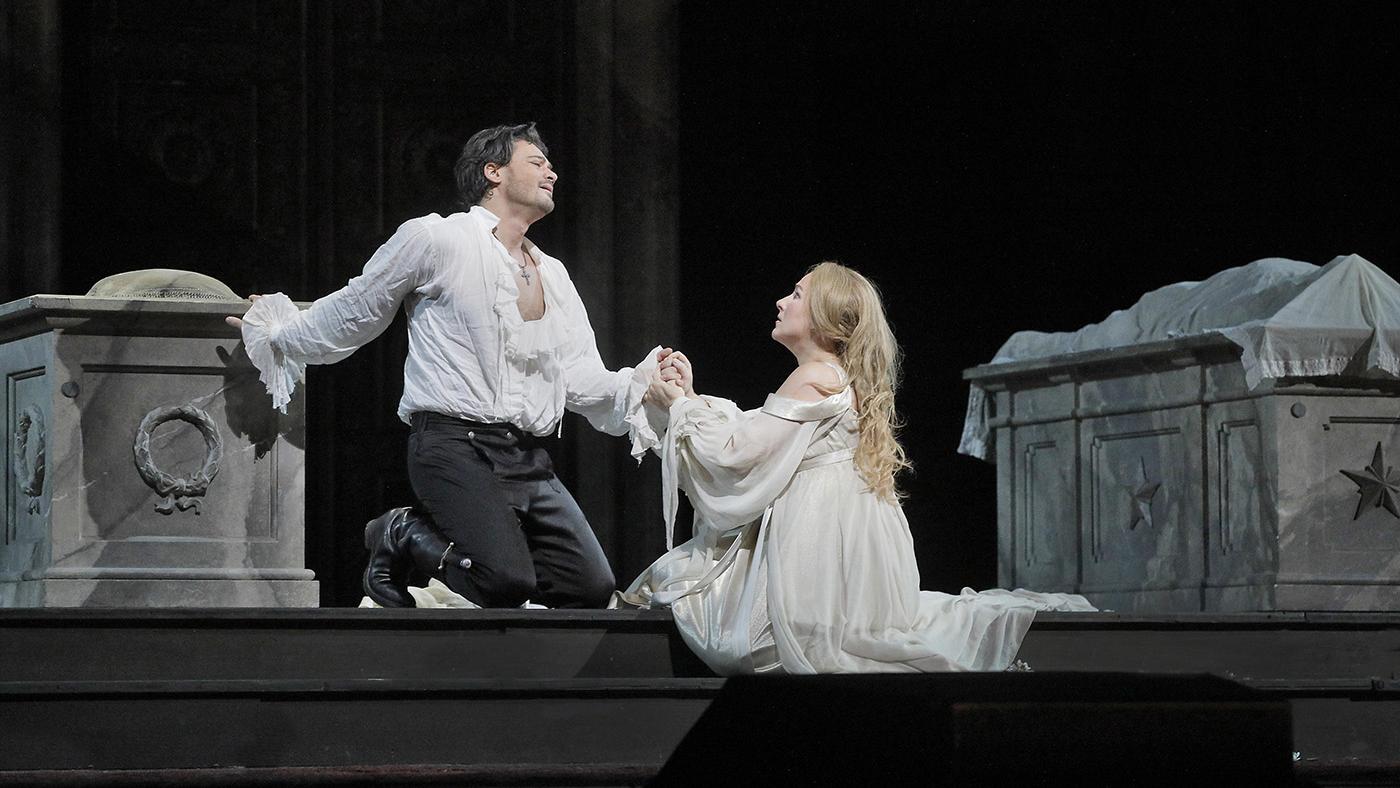 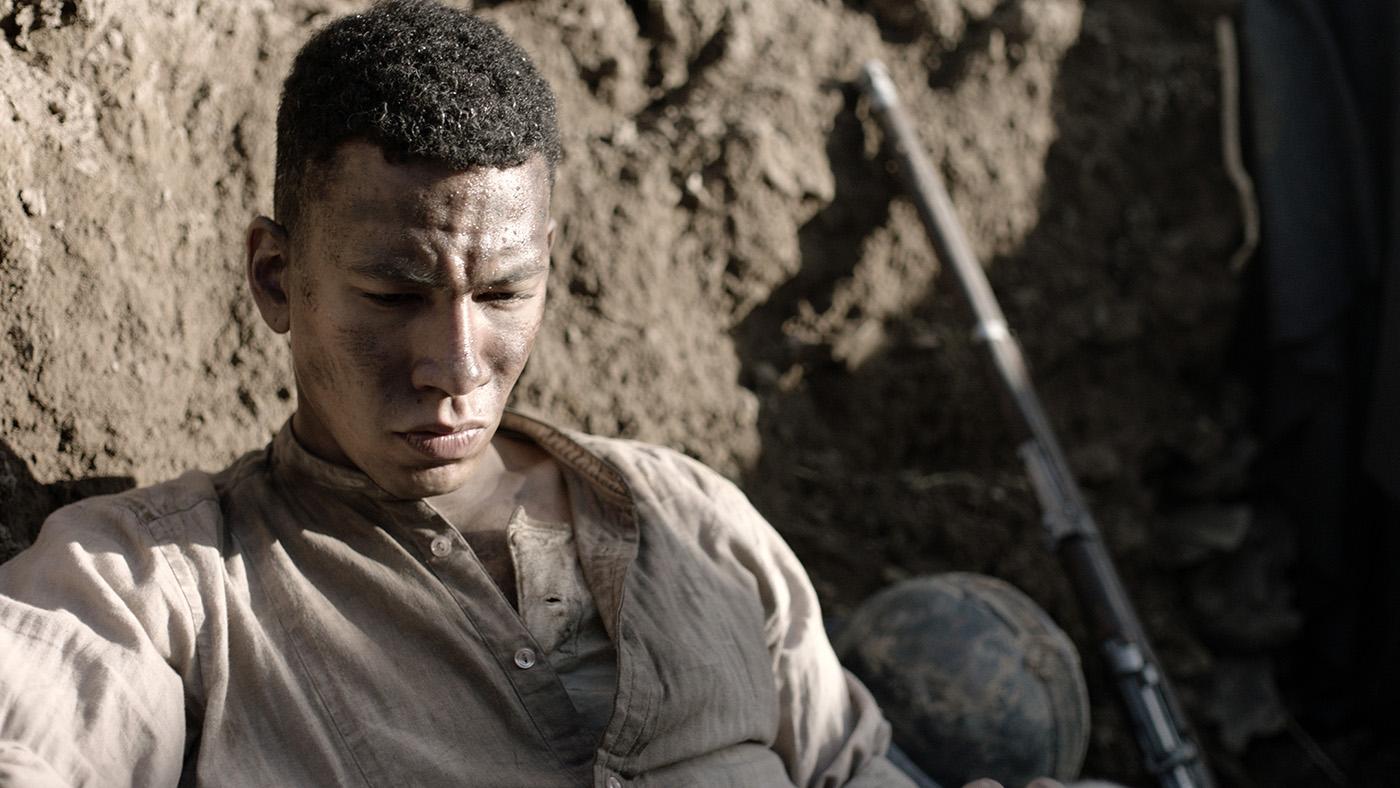 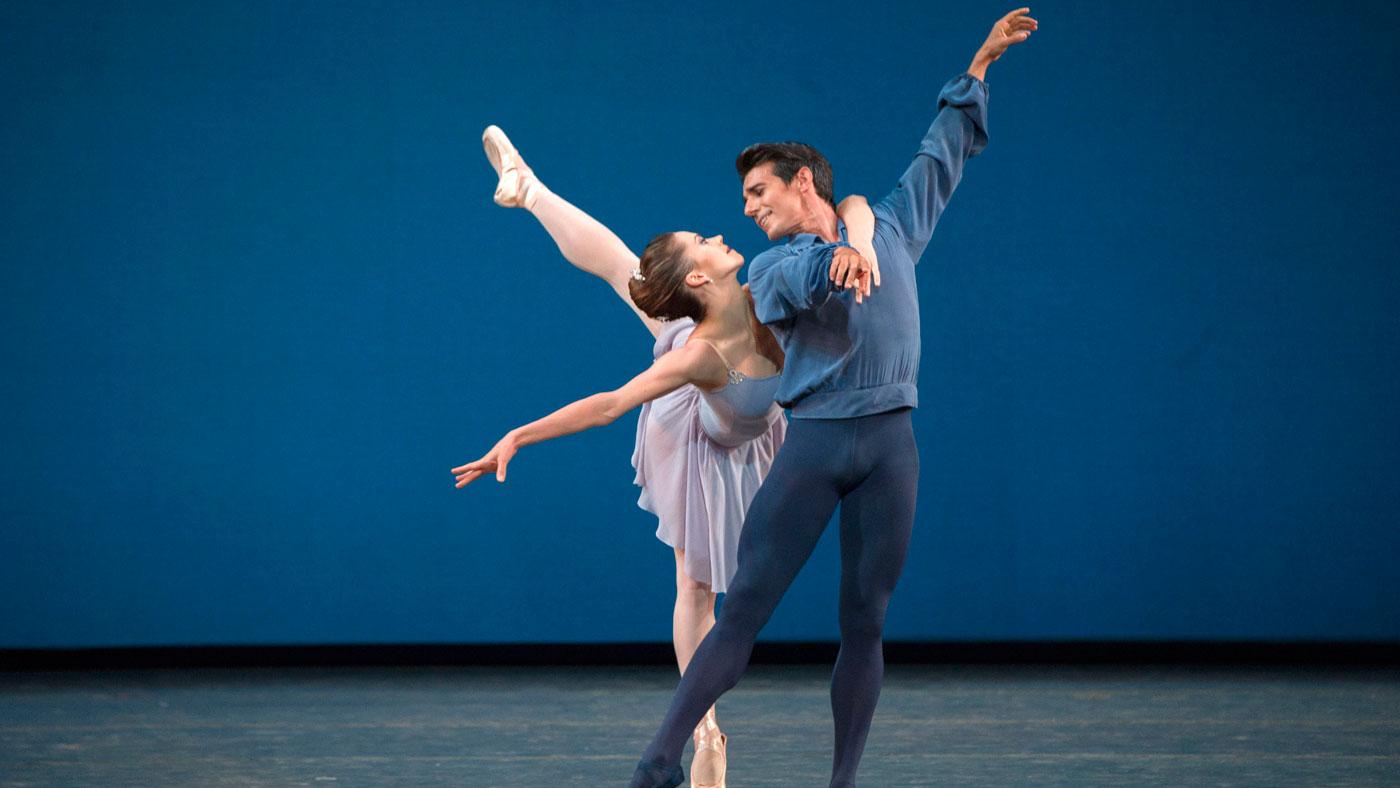