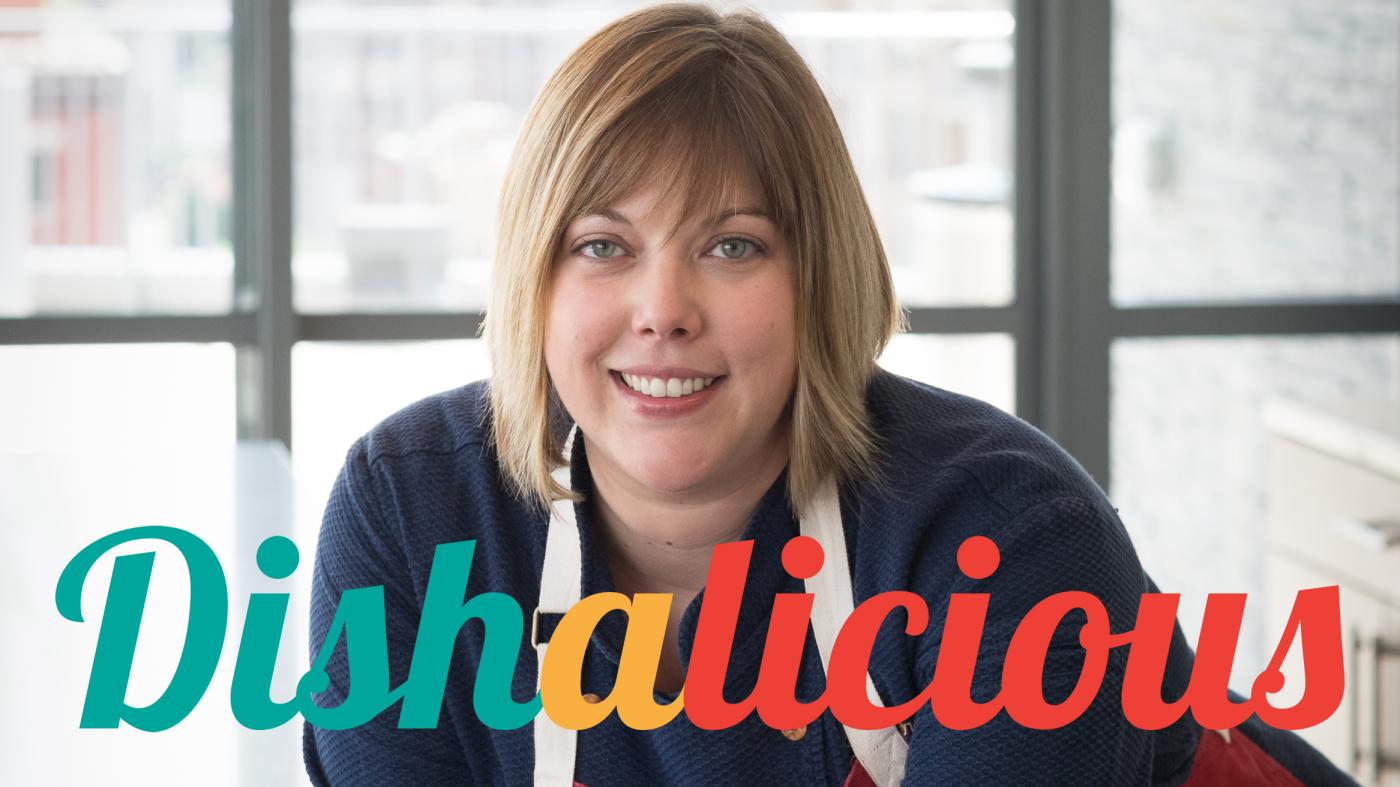 You may love Chicago's culinary scene, but have you ever seen some of the city's top chefs cook in person – and, even better, three at once? Dishalicious is a fast-paced, live demonstration cooking show and event hosted by James Beard Award winner Sarah Grueneberg of the restaurant Monteverde in which three chefs prepare a unique dish live in front of a studio audience – who then gets to try a taste, including one from Grueneberg. Each of the three episodes will focus on a different cuisine: Italian, Mexican, and Korean. Episodes will air Fridays beginning April 6 at 8:30 pm.

In the meantime, here's an introduction to the chefs and their restaurants – not that they need one.

Grueneberg is a fast-rising star. Before she opened Monteverde, she served as executive chef at Tony Mantuano's Spiaggia. She was the runner-up on a season of Top Chef and Iron Chef Gauntlet, where she lost to Chicago's Stephanie Izard. In March of 2017, she beat out other Chicago chefs to win Best Chef: Great Lakes at the James Beard Awards on her first nomination – a rarity. She spoke to WTTW about the influence of Beard on American cooking after that win and also appeared on Chicago Tonight to discuss the award. And she'll appear on WTTW's The Interview Show with Mark Bazer on January 5 if you want to catch more of her before Dishalicious.

Mantuano is a revered lion of Chicago cuisine. He gave Sarah Grueneberg her start at his renowned, Michelin-starred restaurant Spiaggia (watch the review on Check, Please!). Watch him discuss Italian cooking on Chat, Please! 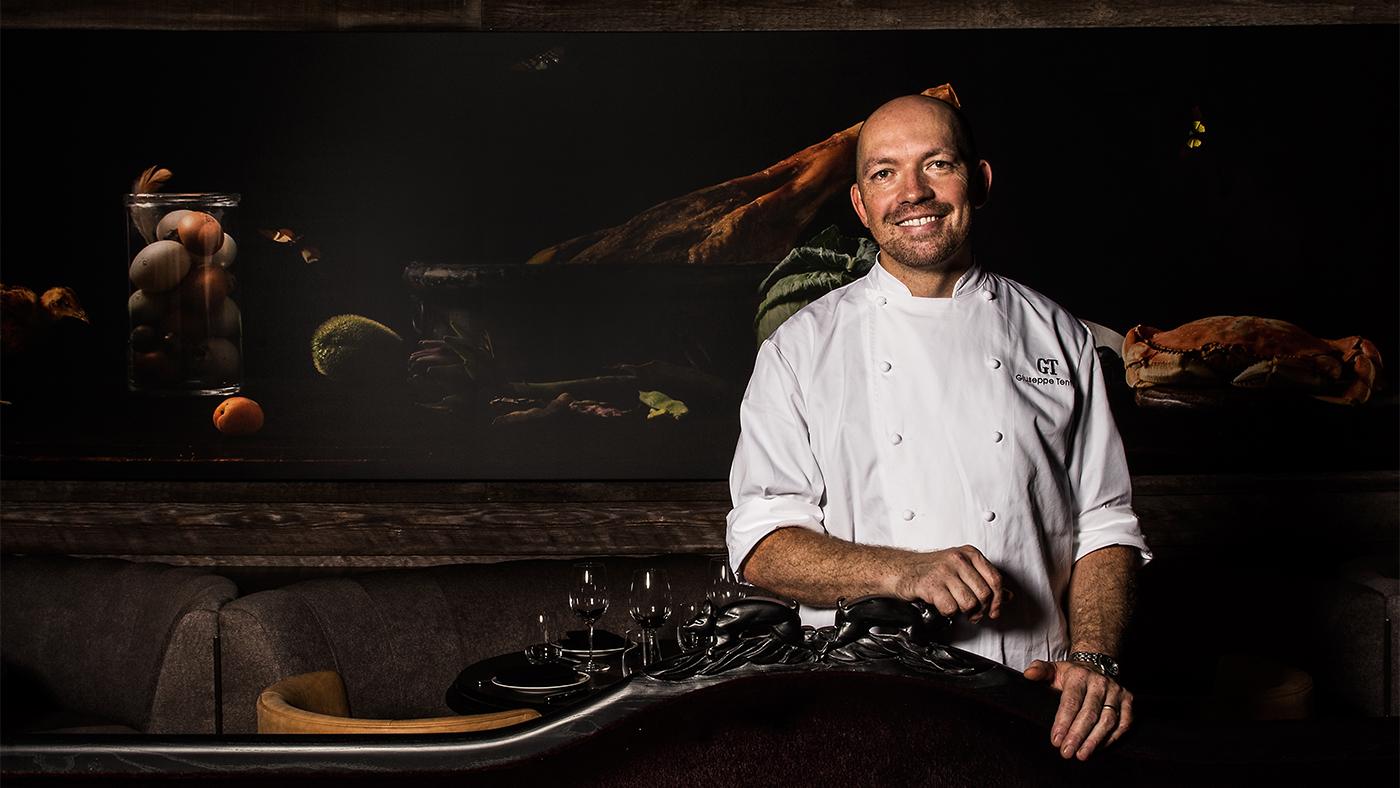 Tentori has an impressive pedigree in Chicago. He worked at the legendary Charlie Trotter's, then became executive chef at the Michelin-starred BOKA Restaurant, and is now chef and owner of GT Fish & Oyster as well as GT Prime. Watch the Check, Please! review of GT Fish & Oyster here. 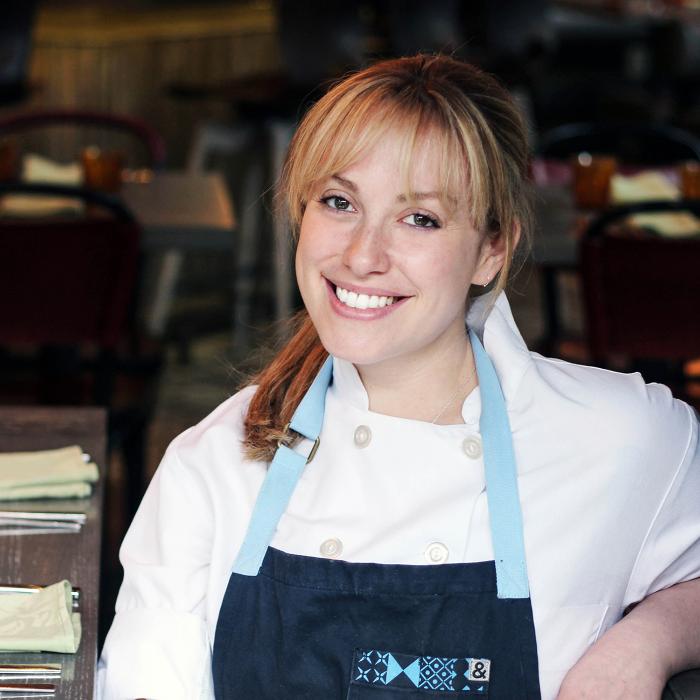 A suburban Chicago native, Omilinsky has served as pastry cook and chef at numerous Chicago mainstays, mostly working with French pastry. Now, she has pivoted south to Italy, serving as pastry chef at the beloved Nico Osteria. See what people on Check, Please! had to say about the restaurant.

You know him: from his Chicago restaurant empire, his PBS show Mexico: One Plate at a Time, his appearances on Chicago Tonight, his cookbooks and Frontera brand of food. Like Grueneberg, Bayless won a James Beard Award last year, receiving the sought-after national title of Outstanding Restaurant for his Topolobampo. His first restaurant, Frontera Grill, turned 30 this year, but Bayless is still going strong. Watch him on The Interview Show. 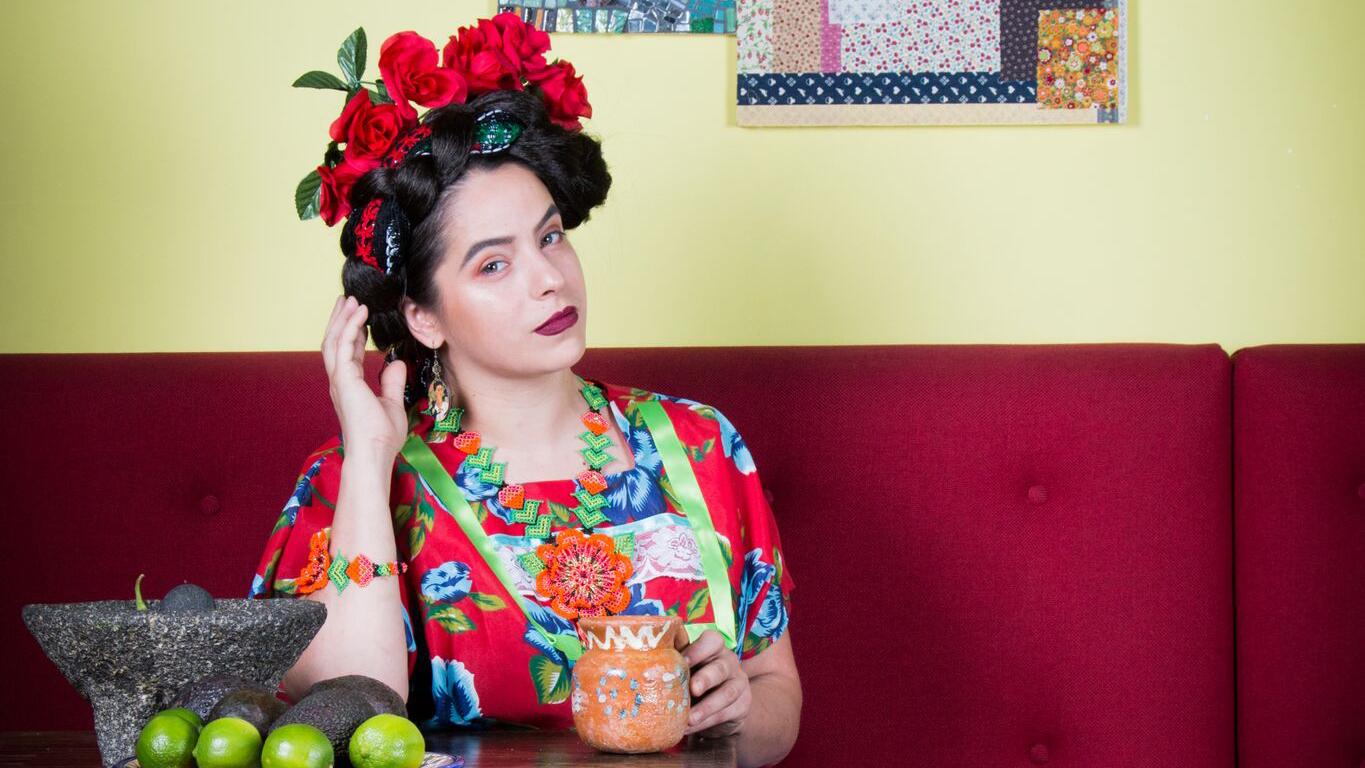 Dávila's career is taking off even faster than Grueneberg's. The suburban Chicago native worked alongside Giuseppe Tentori at BOKA after beginning her career at her family's restaurant. Eventually she opened Cantina 1910 in Chicago, and in March of 2017 she opened Mi Tocaya Antojería, which was quickly named one of the 50 Best New Restaurants in America by Bon Appetit. 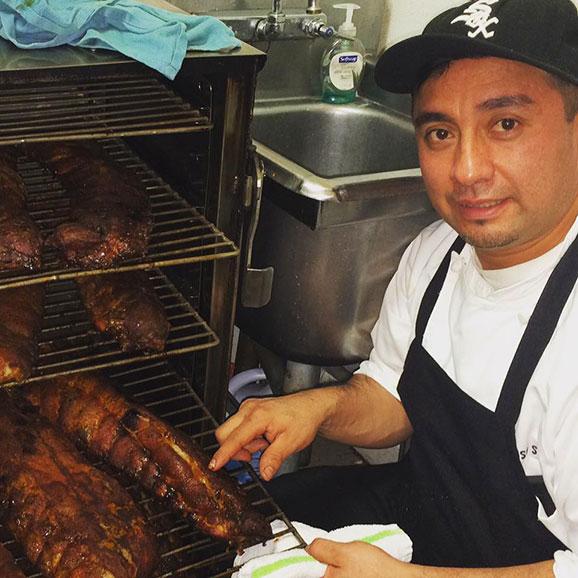 This Rick Bayless restaurant alum opened his own place in 2015 to great praise: 5 Rabanitos (see the Check, Please! review here). As he explained to Check, Please! host Catherine De Orio, the restaurant's name, which translates to "five radishes," comes from a nickname he and his brothers garnered in their native Guerrero, Mexico, where they sold radishes. 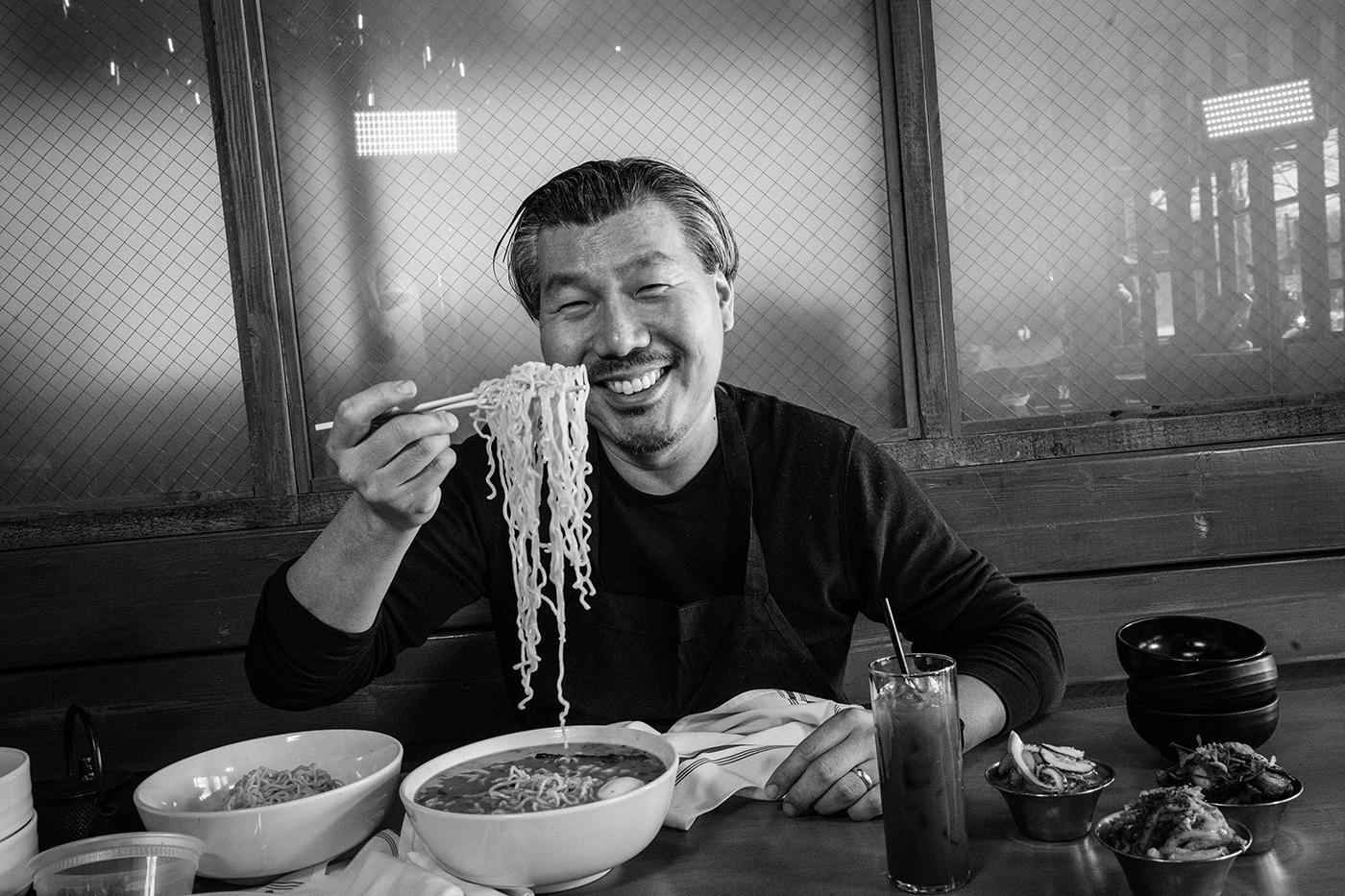 Kim is another mainstay of the Chicago restaurant community. His restaurants – urbanbelly (Check, Please! review here), bellyQ, and Belly Shack, which closed last year – refract and innovate within the food of his native Korea within a casual atmosphere. Try his recipe for Rice Cakes with Chicken, Mango, and Korean Chili Sauce, courtesy of Check, Please! 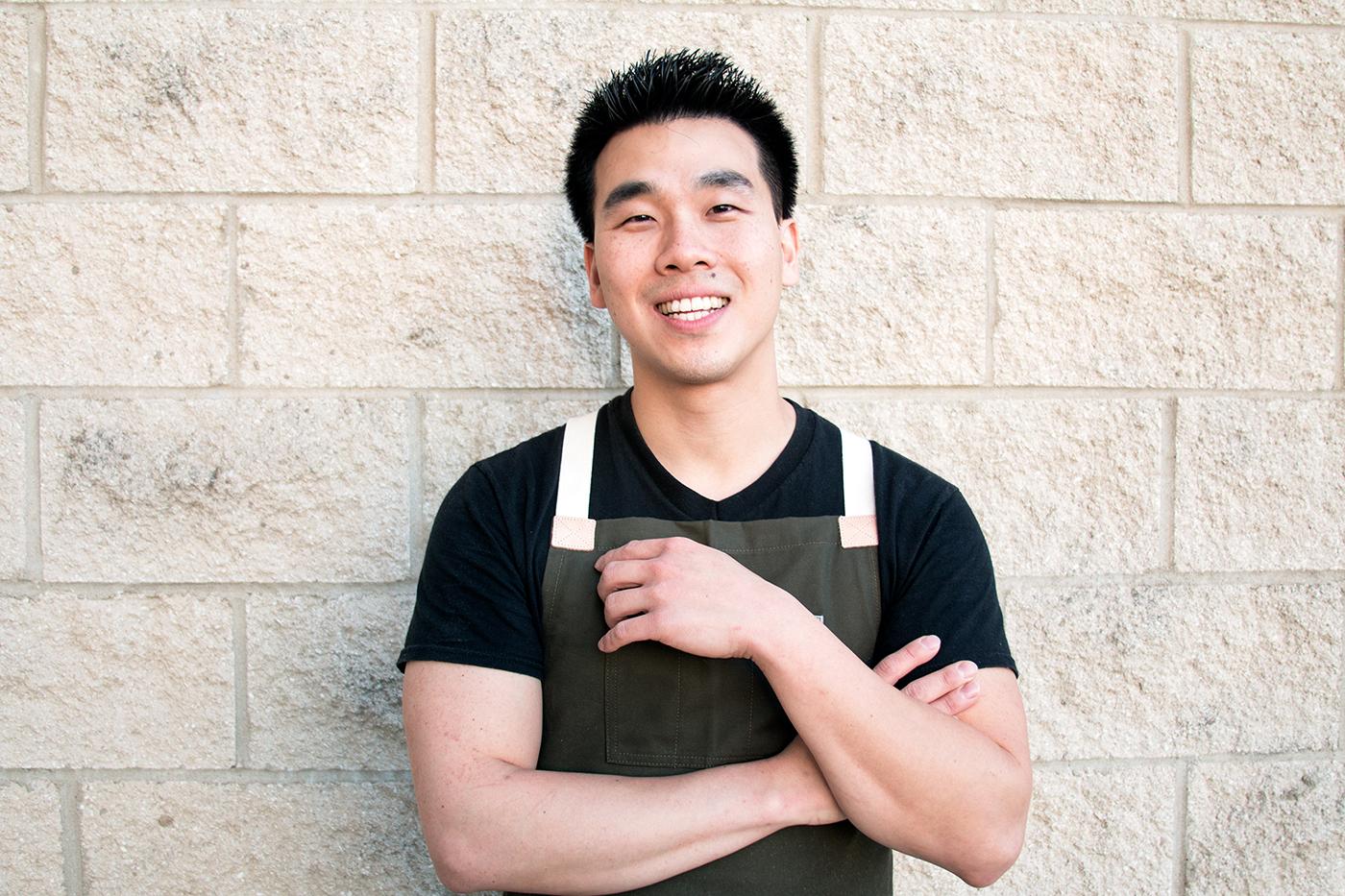 Park is another stunning young chef who opened his own award-winning restaurant. After stints at Takashi and Grant Achatz's Aviary, he opened Hanbun in the most inauspicious of places: a suburban mall food court. Yet Hanbun was oustanding enough to bring people to it, earning Park the title of an Eater Young Gun and helping Chicago be named Bon Appetit's Restaurant City of the Year in 2017 (Diana Dávila also receives special mention on that list). Hanbun is closing soon, but Park still has great things ahead of him. 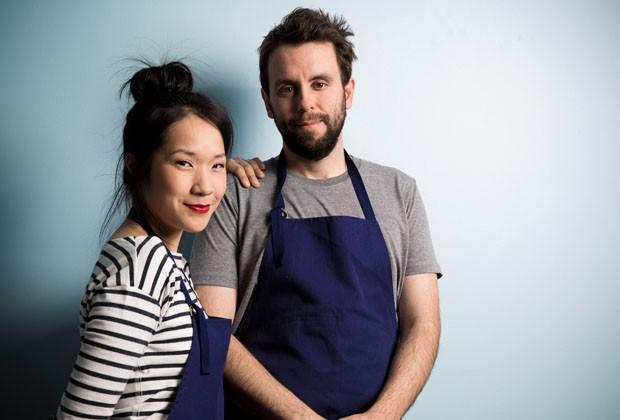 Together with her husband, co-chef, and co-owner Johnny Clark, Kim has gained a national reputation for their inventive, Michelin-starred restaurant Parachute (Check, Please! review here). Kim appeared on the same season of Top Chef as Grueneberg and has been nominated for several James Beard Awards – including in 2017, when she lost out to Grueneberg. Kim and Clark spoke with Catherine De Orio about Korean food and their favorite hole-in-the-wall for a Check, Please! blog.