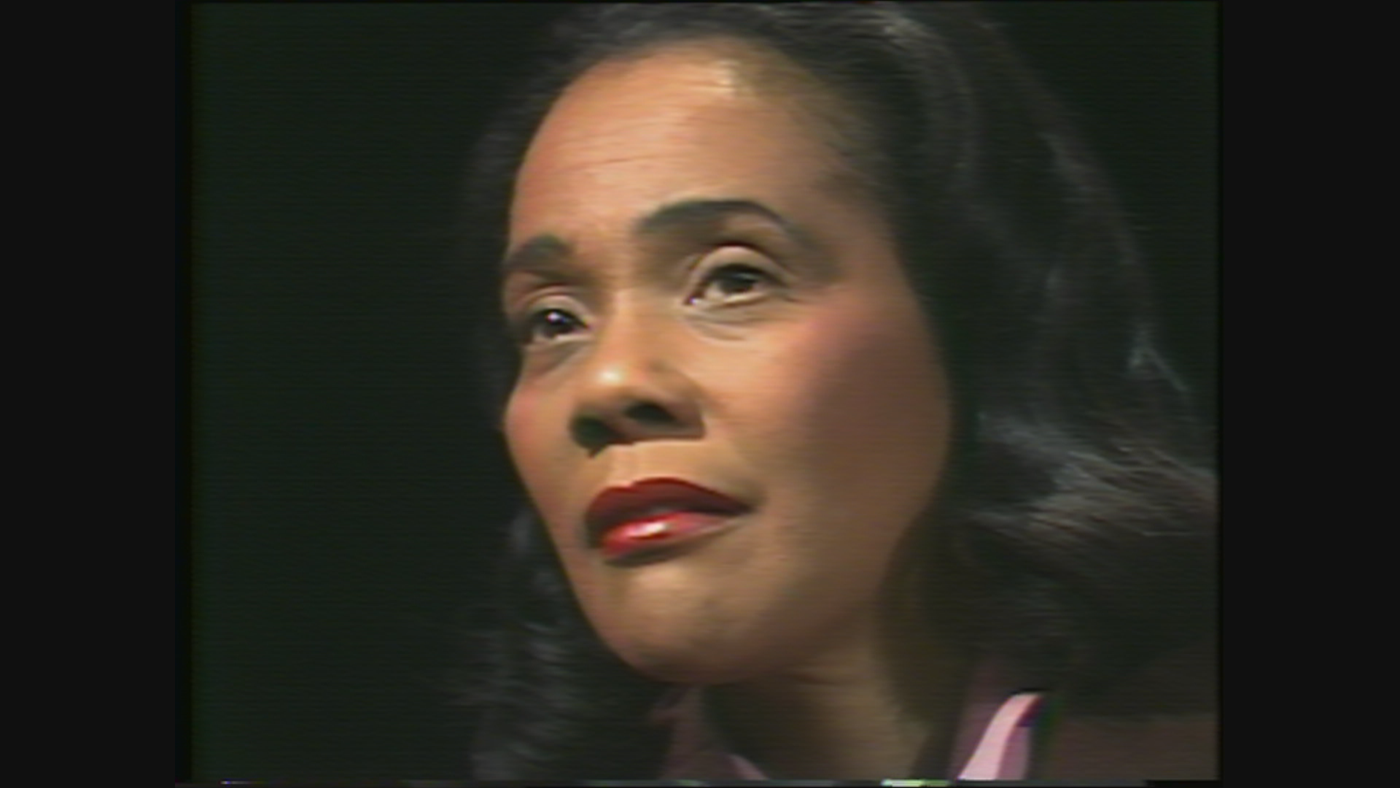 Who better to discuss and honor Martin Luther King, Jr. than his fellow activist and wife Coretta Scott King, who maintained and continued his legacy after his assassination in 1968 (she is the main reason Martin Luther King Jr. Day exists as a federal holiday)? She worked alongside her husband during many of his campaigns for civil rights and peace, and after his death continued her activism on behalf of women, the poor, and the LGBT community, as well as against apartheid, including through her foundation of the King Center for Nonviolent Social Change.

In early 1978, King was advocating on behalf of a full employment bill, the Humphrey-Hawkins Act (which was passed later that year). WTTW's John Callaway flew to Atlanta to speak with her for a special, hour-long episode of Callaway Interviews, covering the Act, her husband's legacy, persisting problems of social inequality, and her own life and work. Watch excerpts from that impressive interview here.

Martin Luther King Jr. "was destined to do what he did. He was God's revelation in history," says Coretta Scott King as she describes how her husband has become a religious and moral symbol.

"Martin was just so human," Coretta Scott King says as she recalls his exceptional – and little-known – sense of humor.

In her work with the King Center, Coretta Scott King taught how to enact social change in a step-by-step process, which she enumerates here.

"It's a cruel jest to ask a bootless man to lift himself up by his own bootstraps," Coretta Scott King quotes MLK as saying as she describes the structural problems underlying social inequality and racism.