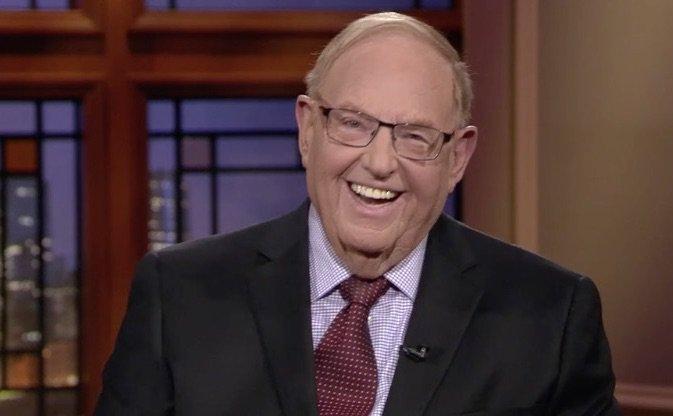 The year was 1978: Ben and Jerry’s was founded, the first test tube baby was born, a postage stamp cost 15 cents, and the Saturday Night Fever soundtrack topped the Billboard charts. Closer to home, Chicagoans were suffering through a brutally cold winter – buffeted by subzero temperatures and a massive snowstorm that paralyzed the city, an event that many believe derailed any hope of re-election for then-Mayor Michael Bilandic.

Something else happened in 1978: the premiere of Chicago Tonight: The Week in Review, hosted by Joel Weisman, who was also one of the program’s creators. Tonight at 7:00 pm, on the show's 40th anniversary, Joel steps down from his role of moderator after an unprecedented run.

“Chicago Tonight: The Week in Review is one of WTTW’s signature programs,” says Dan Schmidt, who just retired as WTTW’s President and CEO. “For an incredible four decades, the show has helped our audience make sense of the news each week and Joel has done a remarkable job, over an unprecedented four decades, of always keeping this program relevant, informative, and engaging. On behalf of all of us at WTTW, I extend our congratulations and thanks.”

“It’s rare for someone to maintain a consistent level of excellence over 40 years, but Joel has,” Chicago Tonight Executive Producer Mary Field says. “His ability to keep a lively and inclusive conversation moving while eliciting insights from his guests is really unparalleled. We will all miss his warmth, collaborative nature, and keen news acumen.”

Chicago Tonight: The Week in Review is the longest-running series in WTTW history (which, after all, is only 62 years long), and one of Chicago television’s longest-running series with a single host or anchor. Tonight’s show celebrates that milestone with an hour-long retrospective featuring a variety of special guests (all of whom have been part of Joel’s panels numerous times) and highlights from throughout the history of the series.

There have been a lot of memorable incidents over the four decades, as Joel fondly recalls: the sportswriter who was so nervous to be asked about something beyond his beat that he had an anxiety attack and had to be rushed to the hospital in the middle of the show’s taping, leaving an empty chair for half the program; having to break up a fight between two reporters in the parking lot; the Evanston reporter whose only response was a blank stare when Joel asked a question outside the parameters of the story he had recently reported.

Throughout the history of The Week in Review, Joel, who describes himself as “a reporter, editor, traffic cop, and referee,” has welcomed hundreds of reporters to his rotating four-person weekly panel, long before such a format was commonplace. From the start, at Joel’s insistence, the panels have been nonpartisan and diverse, and have represented print, broadcast, and later, digital media. 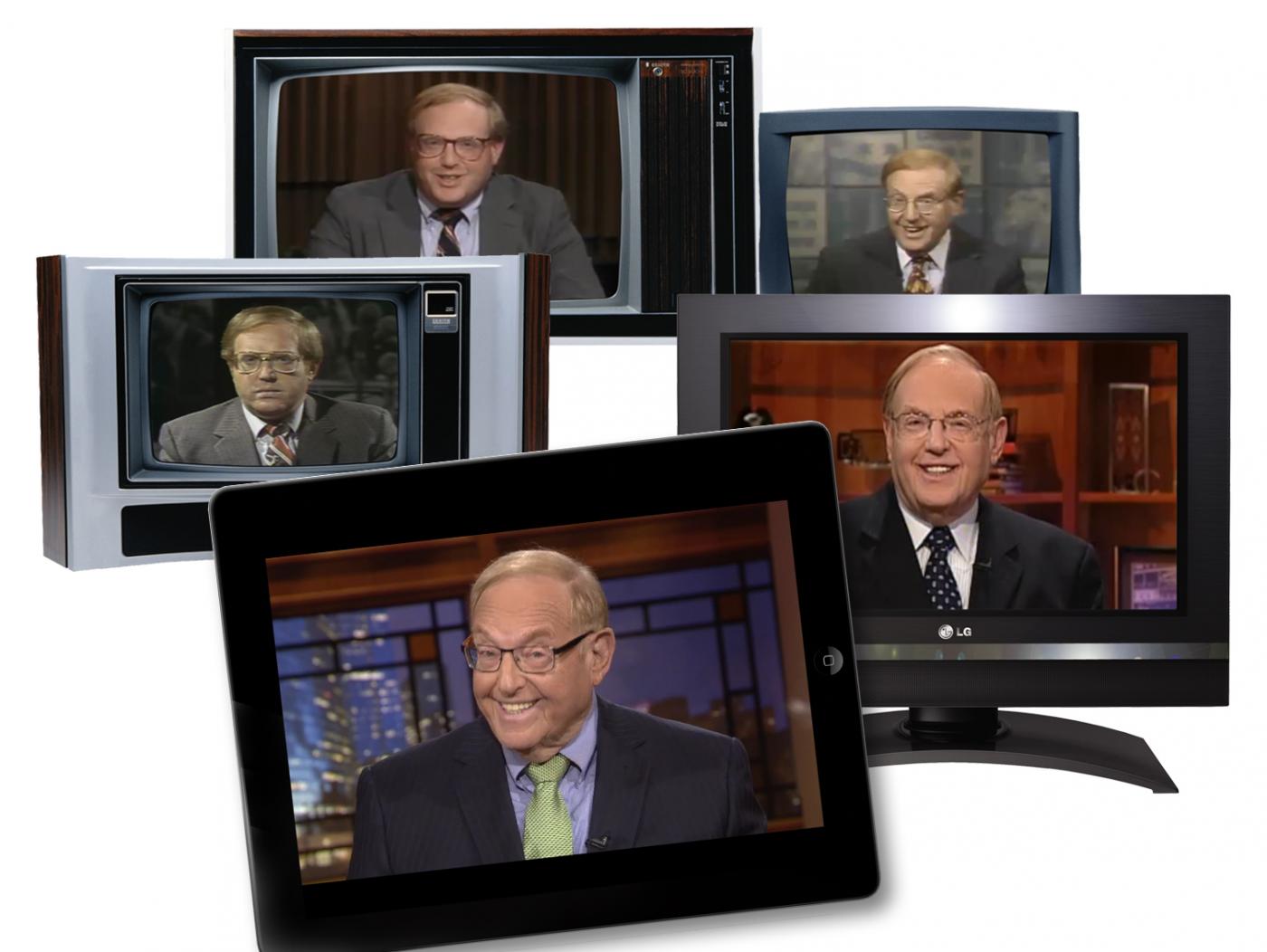 Over all those years of interacting with journalists – as well as in his work as an attorney specializing in media law – Joel has learned that “media people are among the smartest people you’ll ever meet,” he says. “They’re facile and can turn on a dime; they’re fun-loving and have real opinions.” One accomplishment of The Week in Review is that it exposed those admirable traits to the public by showing journalists in a setting where their personalities could come through. “I liked asking guests what they truly thought about a topic, personalizing the issue and getting at their opinions,” Joel says.

That approach has been emblematic of Joel and The Week in Review, as is its in-depth exploration of the news. At the time of the premiere, TV reporting was still seen as less serious than print, recalls Joel, who was himself originally a newspaper reporter. But the program’s format dispelled that stereotype.

That’s not to say it was easy at first. “There were no teleprompters then, so we just used cue cards that were difficult to read,” remembers Joel. “I wasn’t used to talking on camera, so it often took me multiple tries to get something right. Early on, there was a betting pool in the control room: how many times will it take Joel to get it right? I think the worst was eleven,” he says, laughing.

“I will be forever grateful for the trust WTTW and its viewers have placed in me each week – not just as host but as senior editor as well,” says Joel. “I think being handed the ability to make editorial decisions is a privilege that no one else has had. It’s extremely gratifying that so many panelists over the years have told me that their participation gave them visibility, prestige, and a chance to show the public their deep knowledge of Chicago. I’ve made many lifelong friends here, and Friday at WTTW was always the highlight of my week. It was an agonizing decision to leave, but I feel that it’s time to pass the baton.”

That baton, for the time being, will be carried by hosts from the ranks of Chicago Tonight’s correspondents, several of whom have substituted for Joel in the past. Those opportunities have been few and far between, as Joel has rarely been absent; back in 1995, he returned only two weeks after heart bypass surgery.

A lifelong Chicagoan, Joel broke into journalism after graduating from the University of Illinois as a reporter for the storied City News Bureau of Chicago. He then worked for the Gary Post-Tribune, served as political editor and investigative reporter for the Chicago American (Chicago Today), reporter/columnist and Metropolitan Editor of the Chicago Sun-Times, and Midwest correspondent for The Washington Post.

He has been with WTTW since 1973, as a political editor and commentator on WTTW’s first nightly news program, The Public News Center. After that series proved too expensive to produce on a daily basis, it was cancelled, but there was a strong belief that it was still important to maintain a local news presence on the station. Joel recalls that the idea for The Week in Review was conceived at the Palmer House Hotel as he, journalist John Callaway, and then-WTTW President and CEO William J. McCarter sat having coffee. The 30-minute conversation series, patterned after McCarter’s seminal national program Washington Week in Review, premiered on WTTW on January 20, 1978, and has closed out the week’s schedule ever since.

After Joel departs, he will continue to practice as an attorney as well as possibly return to the roots of his journalism career and write again. But his legacy will live on at WTTW in the show he created, hosted, and led for 40 years. And to think it all started as, in his words, “a replacement for an ill-fated nightly news program.” A long-running and illustrious replacement it’s been.