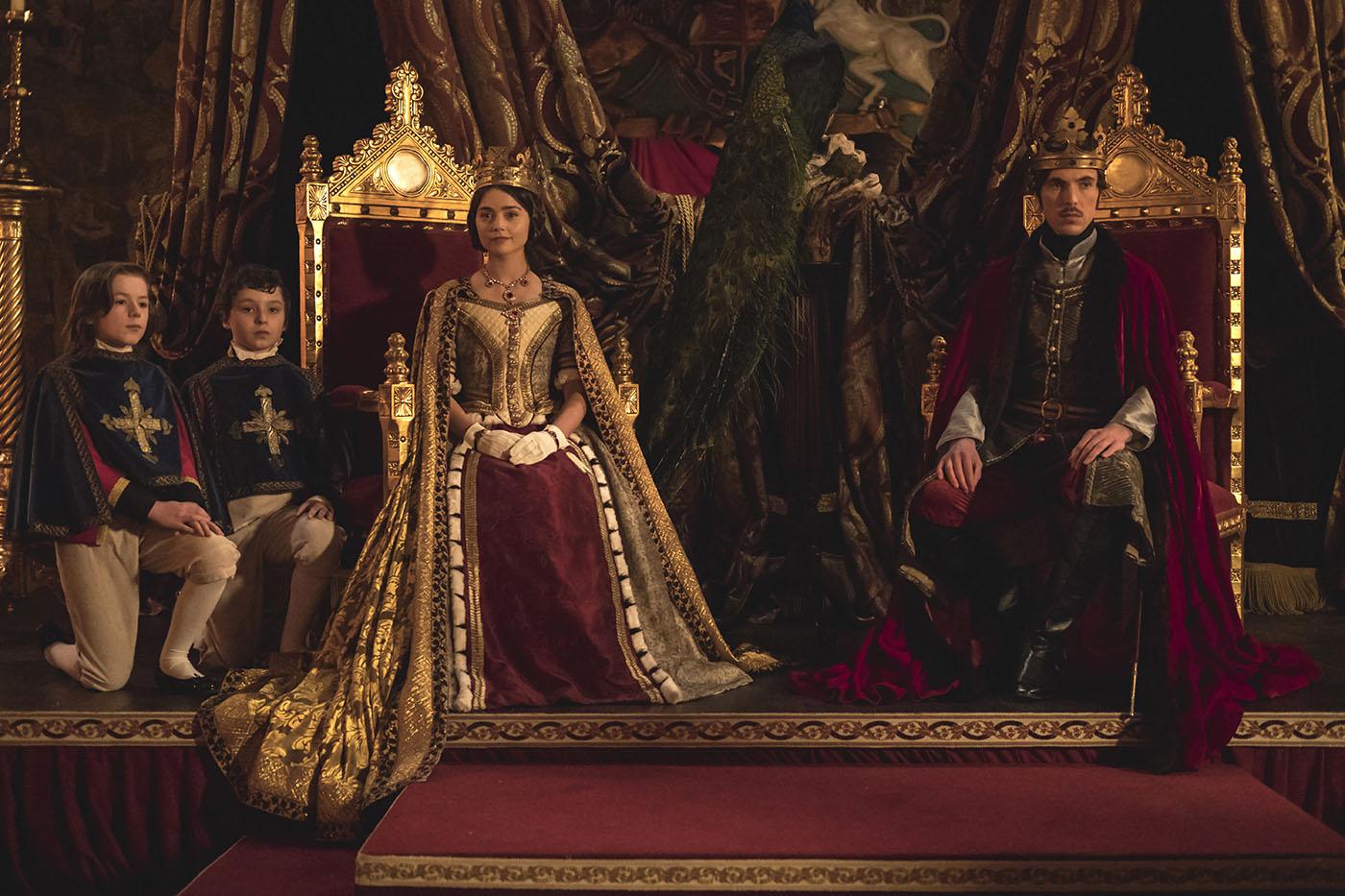 The capture of a “guttersnipe”  living in the palace off of stolen food has inspired mixed reactions. Victoria is amused by the boy, who wants to write an insider’s account of the palace, while Albert is infuriated and concerned. He vows to reform the “chaotic” management of the palace. He quickly discovers that the household’s orders of supplies are excessive; Brodie informs him that, since their wages are low, the servants take advantage of “perks,” such as selling used tea leaves, finishing open bottles of wine, or grabbing old paper for their own use. Albert cuts a deal with Penge: if the orders are reduced, he’ll use the extra money to raise the servants’ wages. Penge accepts, and paints himself as a hero to the rest of the servants.

Despite the wasteful budget, Victoria decides to throw an extravagant costume ball – but it’s for a good cause! The silk weaver who made her wedding dress, a man named Bascombe, has appealed to his queen to help his profession. Given cheap imports from the continent, he and his fellow weavers are suffering. Since Robert Peel rejects the idea of a tariff, Victoria instead proposes the ball, where everyone must wear London silk, to support the weavers. Peel thinks this a terrible idea, given the lower class unrest – over the right to vote and the steep tariffs of the Corn Laws – of which Victoria is blissfully unaware, but neither he nor Albert can convince her to change her mind.

Victoria has a crown made for Albert for the ball, to make her constantly complaining husband feel more powerful. She’s also concerned about Lord Melbourne, who has not been responding to her letters. The former Prime Minister is dying, but won’t tell anyone; his friend and Victoria’s lady-in-waiting Emma Portman, however, discerns the truth. At the ball, he nearly faints while dancing with Victoria, but Emma swoops in to prevent the queen from seeing. 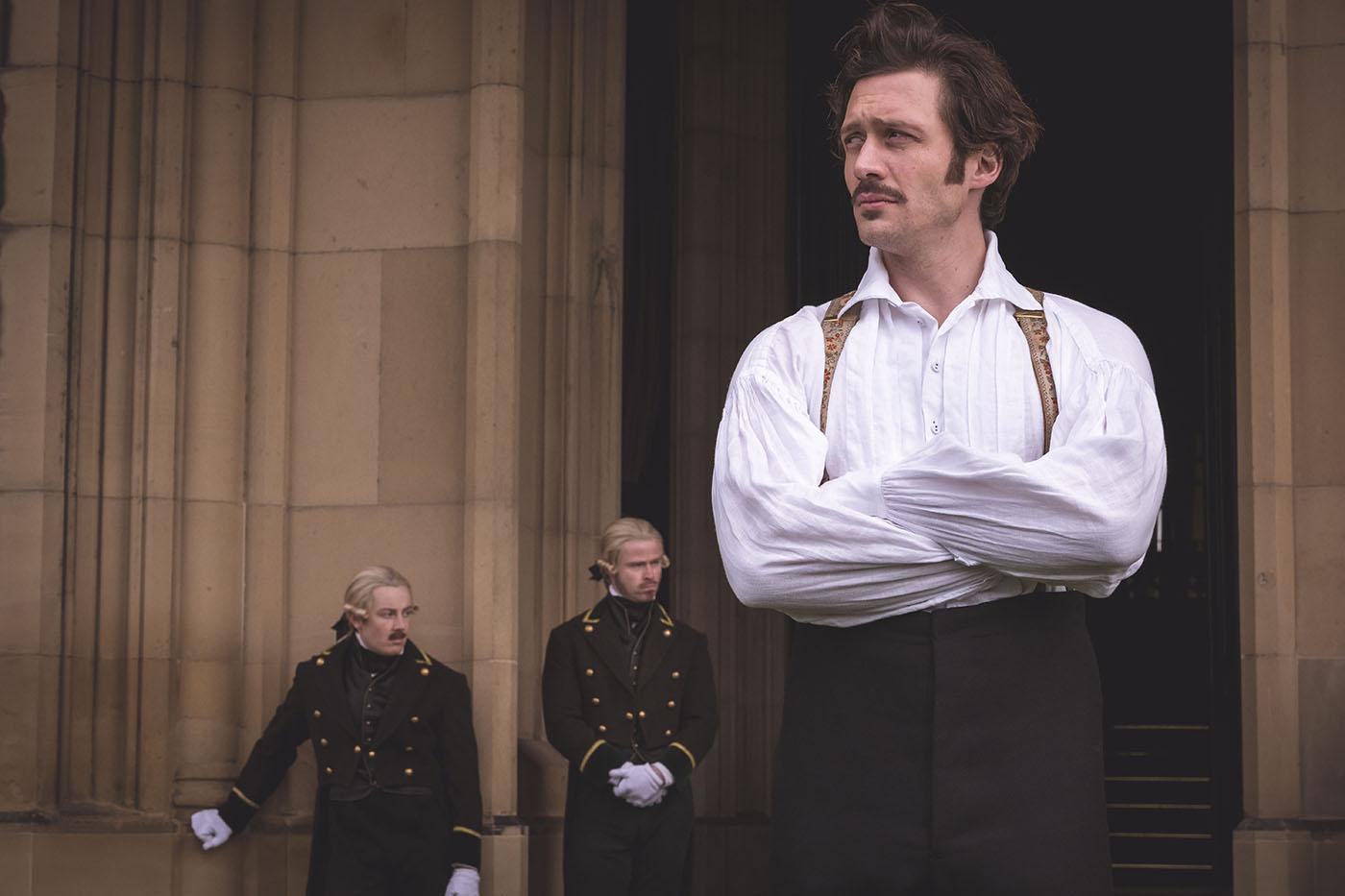 Ernest is finally told to move on by Harriett and he simultaneously upsets Wilhelmina. Photo: Courtesy of ITV Studios

Ernest has his own encounter with a former lover at the ball: he dances with Harriett, who tells him that he must forget her. Wilhelmina, seeing his passion for Harriett, is devastated. Alfred steps in to comfort her. While these romantic disappointments occur amidst elaborate towers of food, stuffed peacocks, a swan made of ice, and hundreds of bolts of expensive silk, a hungry crowd protests outside the palace.

The next day, the newspapers label the ball a tone-deaf flaunting of wealth amongst poverty. Victoria pouts that they didn’t understand its purpose. But her request that the leftover food be distributed to the poor suggests that she sees their point. She gets some cold comfort from visiting Bascombe at his shop and learning that the ball did in fact help his business; he can’t keep up with the demand.

Albert goes on his own expedition, to visit Westminster. Peel has put him in charge of the construction of a new Parliament building to add onto Westminster – another crown to offer to the emasculated prince. At Westminster, Albert runs into Melbourne, who is admiring the beauty of the ceiling, which he managed to save from a fire years ago. Melbourne is musing on his legacy, and reveals to Albert his illness. Albert promises not to tell the queen, but is unable to keep it from her. 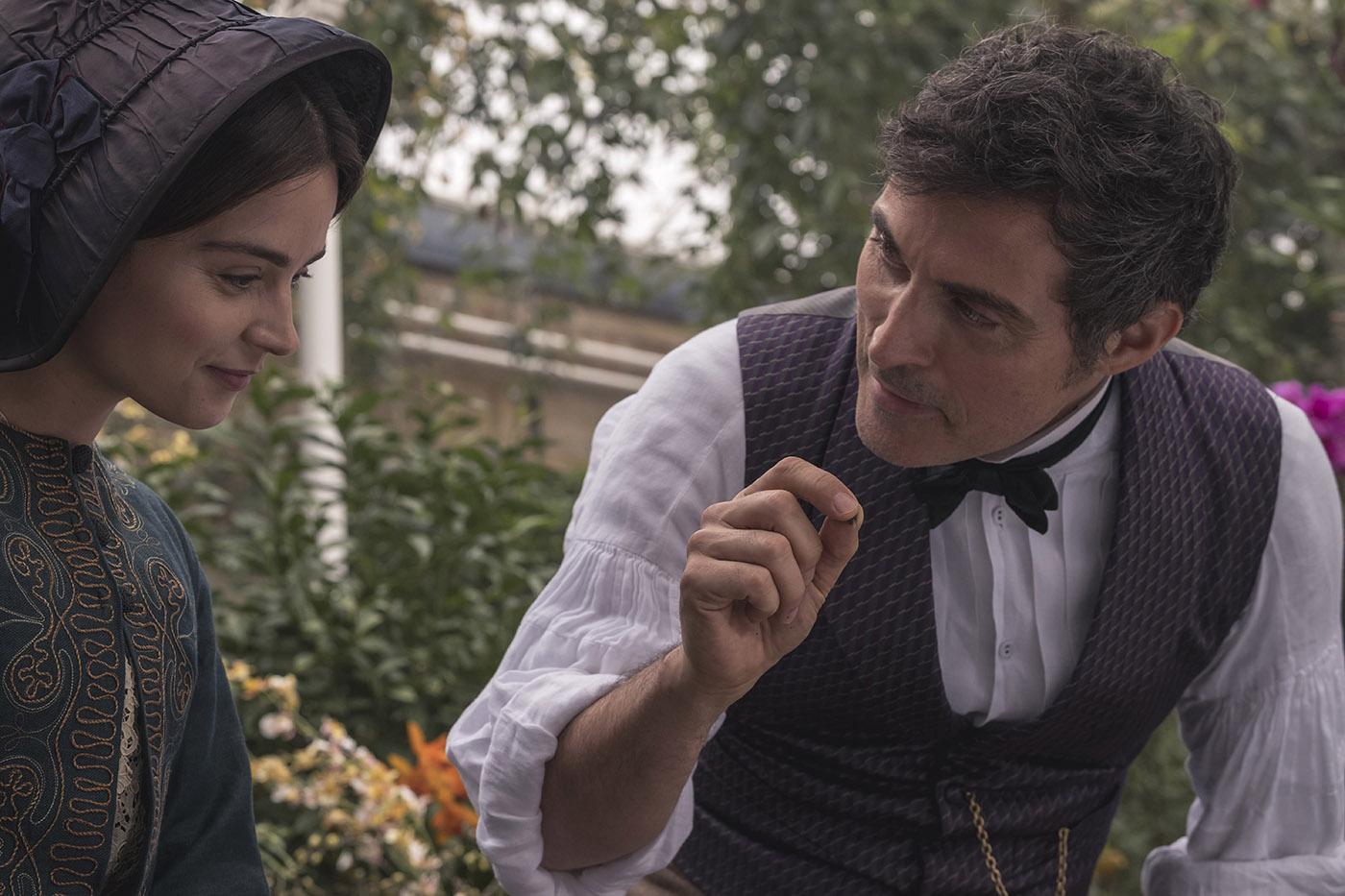 Victoria goes to see Melbourne one last time, bringing him a windup bird that plays Mozart. She pretends not to know of his impending end, but they both speak about their feelings without actually voicing them. (Ah, the stiff upper lip of the British.) They share a somber farewell, knowing it will be permanent.

Victoria returns to the palace to find another friend gone: her beloved dog Dash has died. All her pent-up emotion over Melbourne is released, with Dash as convenient surrogate.

That sorrowful experience is followed by a burst of life, and then another death. Victoria gives birth to a boy named Albert. But soon after, Albert’s father dies of a seizure while cavorting with his favorite mistress. Victoria is ready to travel to Coburg with Albert for the funeral, but he insists that she stay in England; it is too soon after the birth, and she has not been herself.

That is exactly why Victoria wants to travel with Albert. The queen is suffering from postpartum depression, and wants her husband nearby. When Peel requests that she attend the opening of the world’s first underwater tunnel, beneath the Thames, she refuses. She’s not yet ready to face the public. But when an explosion at the Tower of London kills five men and injures more, Peel insists that she perform her public duty. Victoria, nervous and afraid, visits the widows and wounded men, one of whom tells her that he named his daughter Victoria. The queen weeps. 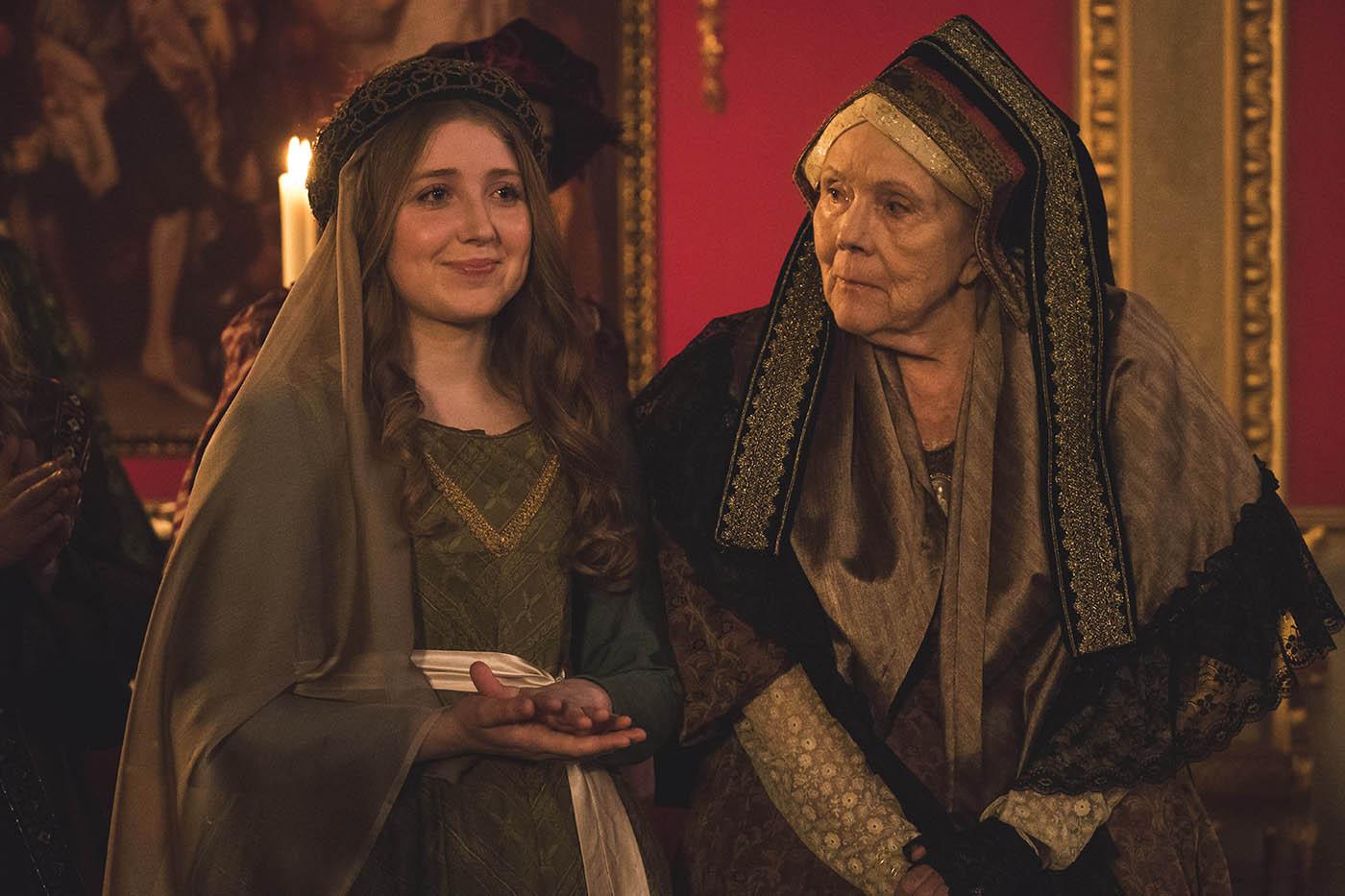 Sympathy comes from a surprising quarter. After the hospital visit, the Duchess of Buccleuch congratulates the queen on her performance, then confides that she herself struggled with depression after the birth of one of her children. While it seems hopeless now, things will get easier, she tells a grateful Victoria. More solace arrives later by way of the Duchess when she brings a new puppy to Victoria, a gift from another ruler.

While Victoria begins to emerge from her depression, Albert, in Coburg, slips into one. The last time he spoke to his father he was unkind; he regrets this final interaction. His uncle Leopold further distresses him when he reveals that, after Ernest was born, Leopold and Albert’s mother “comforted” each other, implying that Albert may be his bastard child. Believing his life a lie, Albert uncharacteristically goes to the tavern, where he finds his brother. Ernest is hiding from an unpleasant noblewoman whom Leopold intends to be his wife. The brothers drown their sorrows.

Completely soused – a condition he’s never experienced before – Albert confronts Leopold, who warns him not to tell anyone about his parentage. Leopold was simply trying to comfort Albert by revealing their possible connection. Albert quickly leaves Coburg the next day.

He returns to a palace in low spirits. The queen’s secretary Alfred and Peel’s secretary Drummond have been slowly inching towards a more intimate relationship, but when Alfred learns that Drummond is engaged he begins to court Wilhelmina, who is still distraught over the loss of Ernest. “We can’t always be with the ones we love,” he tells her as they hold hands. 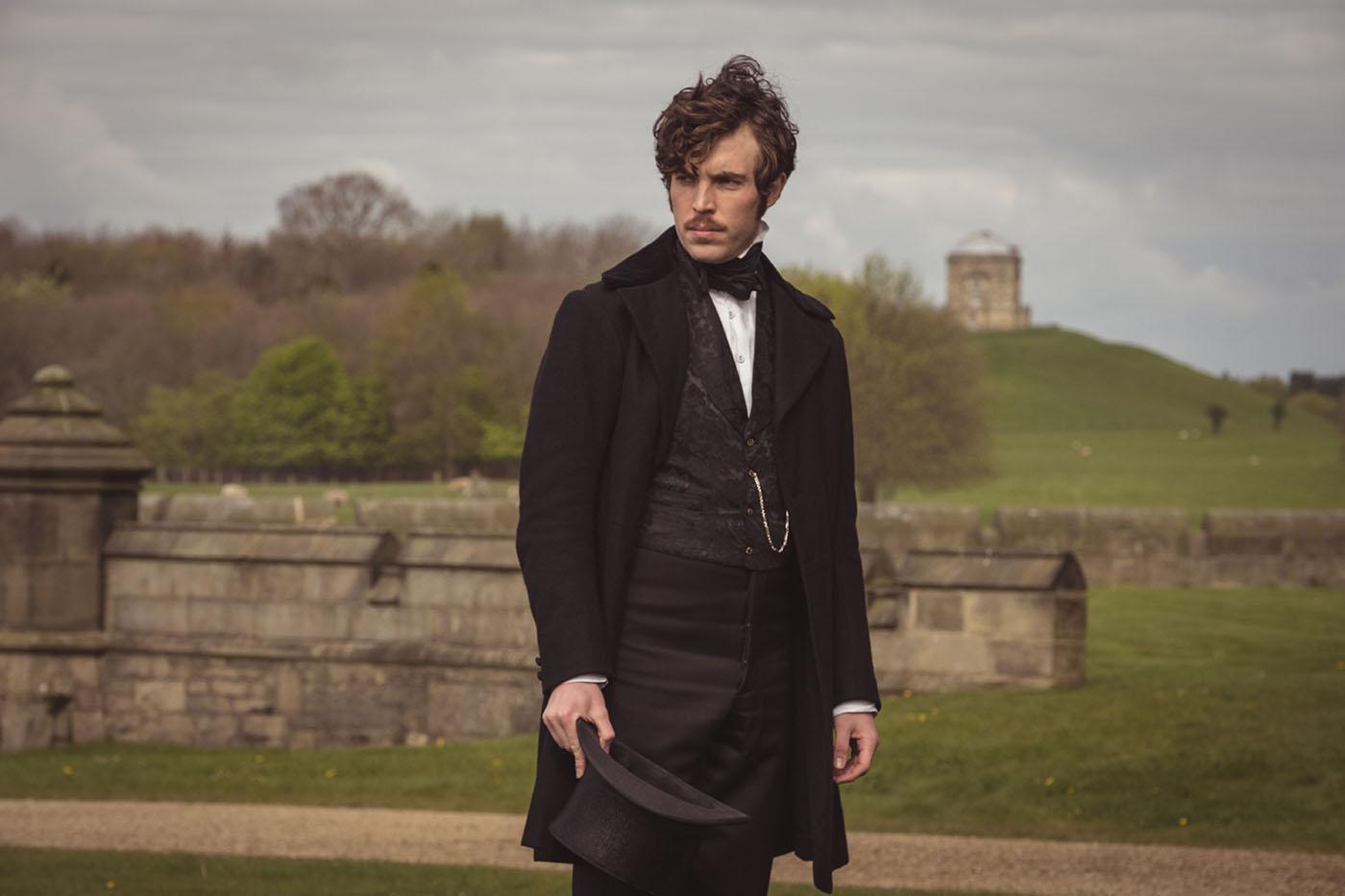 Albert learns distressing news while in Coburg for his father's funeral. Photo: Courtesy of ITV Studios

Amongst the servants, Skerrett has lost her job. Someone leaked the story of the rapscallion boy living in the palace to the newspapers, presumably in exchange for money. Suspicion originally rests on Francatelli, who has recently acquired a gold watch and some expensive clothing. When Penge searches the chef’s room and finds a cache of money, the culprit seems clear. But Skerrett knows that the informant was actually her cousin Eliza, who has become embittered towards Skerrett, who took her place in the palace after Eliza had a baby. Wracked by guilt, Skerrett confesses to Lehzen and Victoria, revealing her entire doppelganger life. Although sympathetic, Victoria dismisses Skerrett. The queen knows that Albert would never forgive the dressmaker.

But she’s wrong. Seeing his own sorrows in Skerrett’s double life, Albert rehires her. Skerrett receives a thank you gift from Francatelli for saving him from being fired, but when she tells him she didn’t actually lose her job, he again turns frosty towards her.

Victoria is finally returning to her old self. She goes to the opening of the Thames tunnel after all, becoming the first person to officially walk under the river. And she is finally beginning to take joy in her second child, although she confesses to Albert that she felt as if she had nothing to offer the baby, as though she were a worthless woman pretending to be a mother and a queen. How wrong she is.