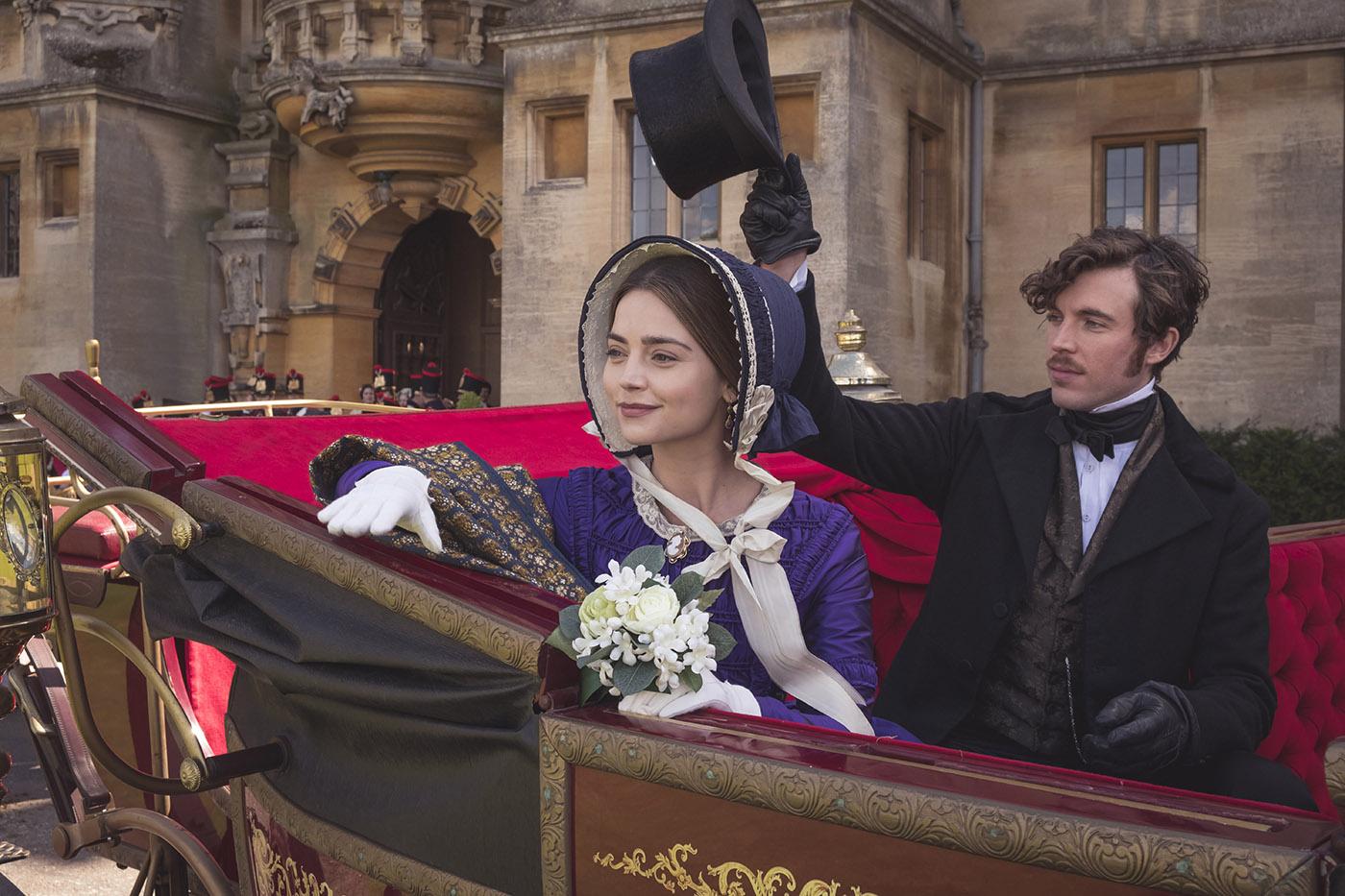 Victoria and Albert are on a diplomatic mission to a strange, opulent land: France. Photo: ITV Studios

Victoria and Albert are traveling to a godless country where the women wear makeup, undergarments are hung up to dry in open courtyards, mistresses are passed from father to son, and the bread comes oddly shaped: France. The French King Louis Philippe wants to marry his youngest son to the Spanish princess, thus garnering his family a chance at the Spanish throne. But Victoria’s government is against this match, viewing it as an aggressive expansion of France’s influence. Victoria therefore decides to visit the king and convince him to change his mind; this plan, however, is complicated by her uncle Leopold’s desire to marry someone from his family to the Spanish princess – Louis Philippe is going to assume Victoria is protecting her own dynastic interests. Worse, Louis Philippe is a “master of duplicity,” according to Robert Peel.

Whew. Nineteenth century interfamilial royal politics are a doozy, especially given all the inbreeding.

Those incestuous families are precisely why Albert has sunk into a depression. Having learned that Leopold might be his father, the prince is having an identity crisis – to the point where he’s drawing himself in the mirror and then splashing ink over his portrait; if this efficiency-prizing prince is wasting ink, he really must be upset. 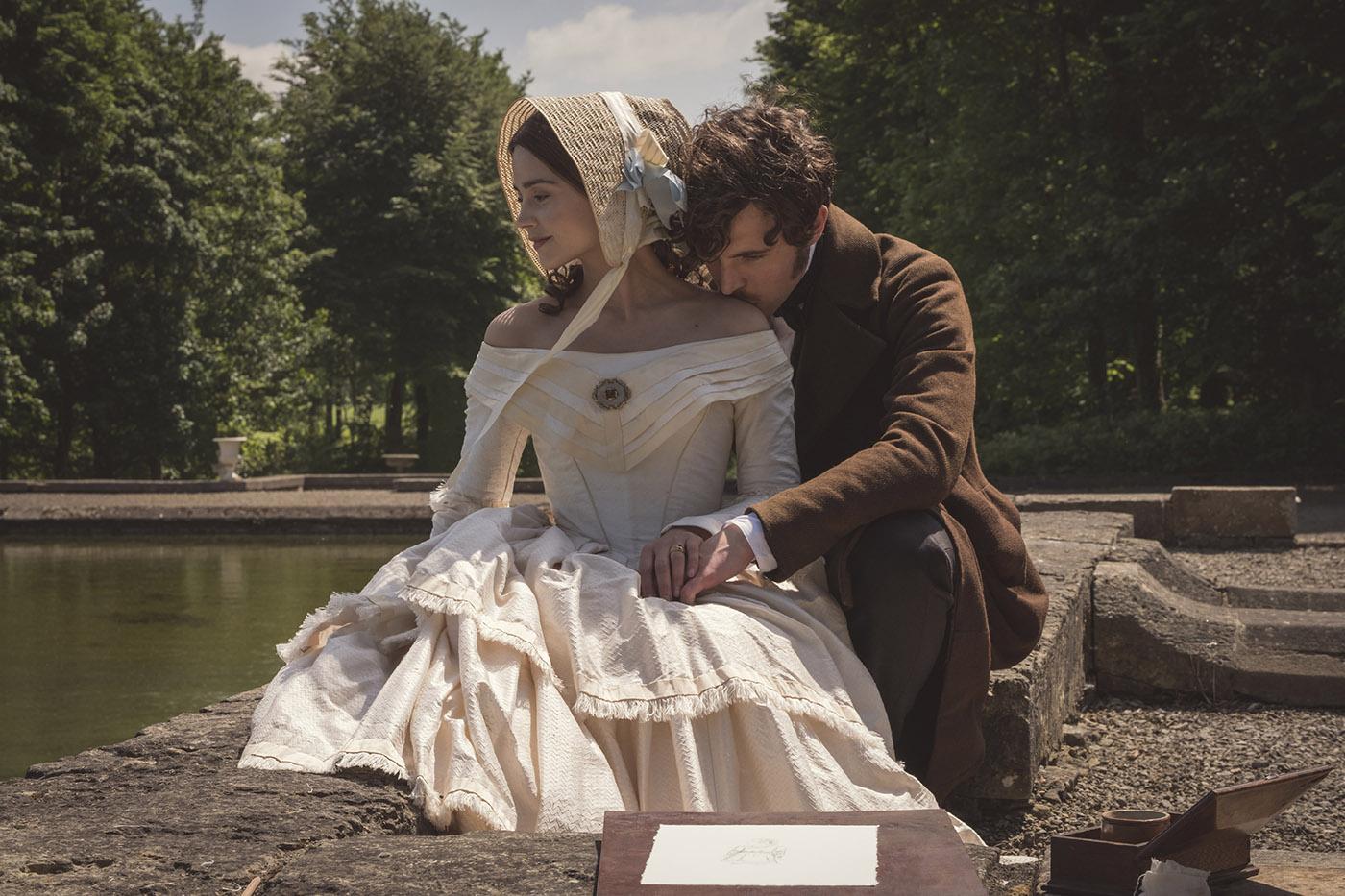 Victoria has broken free of her depression, but Albert is slipping deep into his own. Photo: ITV Studios

He finds more to complain about once the queen and her entourage arrive at Louis Philippe’s grand summer chateau. The French court is a “place of artifice,” he rants, full of deceit, where the king has “vulgar” taste and the women lack “purity.” (What about the men? Sounds like they’re more guilty when it comes to philandering. Ah, sexism.) The moralistic German is horrified by the sensual French (he’s in good company with the Ducchess of Buccleuch there), whereas his wife is simply amused and charmed. When she tries out makeup after feeling judged by the women of the court, Albert is mortified. He “can’t bear” Victoria wearing such face paint – as if it’s his decision to determine how she presents herself.

Albert finally finds some relief during a garden party. After admonishing his brother Ernest that he’s behaving like his father in his womanizing – yes, Ernest is at the chateau, and has cruelly rejected Wilhelmina’s attempt at conversation – Albert goes for a walk in the woods with the French prince, Ernest, Drummond, and Alfred. When they come upon a secluded pool, everyone but the Frenchman dives in – they’re tired of being “civilized.” Drummond and Alfred strip naked and end up frolicking together in the water – they’re clearly not over each other.

Victoria, Wilhelmina, and a French noblewoman, going for their own stroll, hear the carousing. The Frenchwoman assures them it must be peasants. They sneak a peek from behind the tree. Not peasants at all. 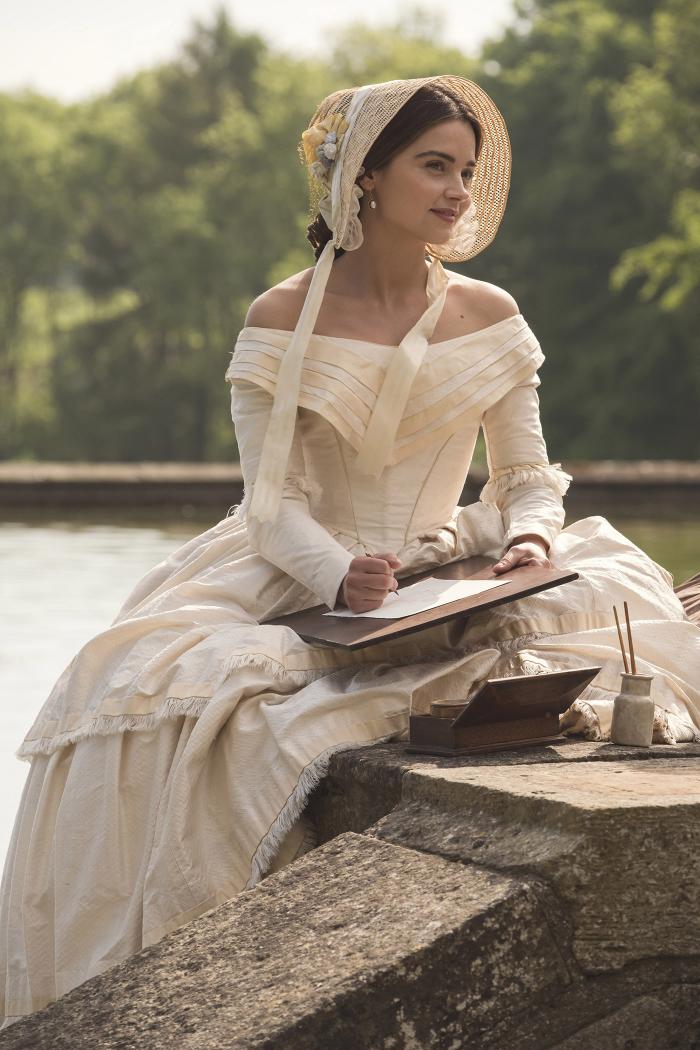 Victoria finds the French charming and amusing, but struggles to engage Louis Philippe in diplomacy. Photo: ITV Studios Albert’s refreshing escapade finally cheers him up, and when he returns to the palace he and Victoria engage in their own sort of frolicking. Afterwards, he tells Victoria that Leopold might be his father. She comforts him: she loves him no matter what, it doesn’t matter who his father is, he is still the same person. That apparently does the trick, and the royal couple, freshly invigorated, go to negotiate with Louis Philippe.

Victoria has already tried several times to convince the king to change his mind about the Spanish marriage, but she is continually rebuffed. The French do not mix business and pleasure, she is told as they feast on tiny birds (ortolans) killed by drowning in Armagnac and towers of crème puffs (for those in the know, a croquembouche). Later, as the two monarchs saunter through a hothouse filled with citrus trees, Louis Philippe deftly waltzes away from the subject.

But he finally allows the topic to be discussed in the privacy of a salon. The situation looks like a zero sum game, so Albert suggests that everyone remain neutral; neither Louis Philippe’s son nor Leopold’s choice will marry the Spanish princess. Victoria sugarcoats this suggestion, and Louis Philippe easily acquiesces – though he never quite says he’ll follow through with that plan.

The British entourage returns to England in high spirits – Victoria and Albert have saved the British relationship with the French, and their marriage in turn has been saved, now that they’re both happy again. Except that, back home, they soon learn that Louis Philippe’s son is engaged to the Spanish princess. Master of duplicity, indeed. One bit of good news (depending on your viewpoint) does arrive: Victoria is pregnant, again. (Seems like babies are coming every couple of vepisodes now.)

While Victoria and Albert’s relationship is repaired, Skerrett and Francatelli’s has worsened. The chef has been spied kissing the hand of an elegant woman in a carriage, and is also receiving scented “billet-doux,” love letters. Needless to say, Skerrett is a bit jealous. Victoria and Albert may not have any more secrets between them, but Francatelli and Skerrett certainly do.