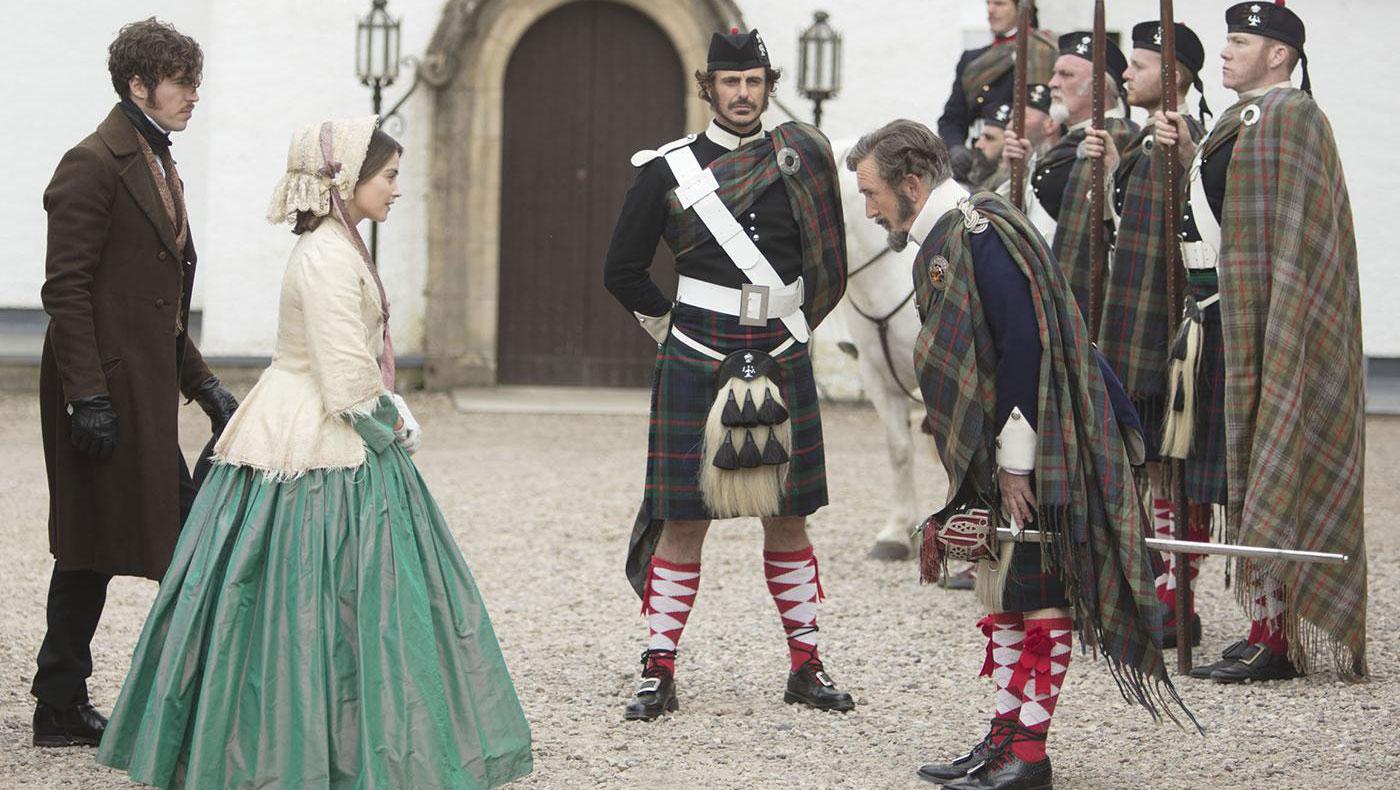 Victoria and Albert escape the suffocating confines of Buckingham for the Scottish Highlands. Photo: ITV Studios

Having visited France and turned her benevolence toward Ireland, Victoria now continues her tour and schleps off to the Scottish Highlands – though this time there is no official work involved. The reason for this trip? Vacation, and an escape from the suffocating confines of constant military protection resulting from another assassination attempt.

Victoria and Albert are riding through London’s Hyde Park when a limping man steps out of the crowd and points a pistol at Victoria. Luckily, Albert spots him and pushes Victoria down into the protection of their carriage. The man escapes; only Albert caught a glimpse of him.

Since the man is still on the loose, Victoria wants to go out again, to flush him out and catch him. Albert is aghast, but Peel agrees, and the royal couple once again board their carriage. This time, Victoria has an armored parasol, courtesy of Albert, and the guards are on the lookout. The limping man once again steps out, draws his pistol – and is grabbed by a guard. 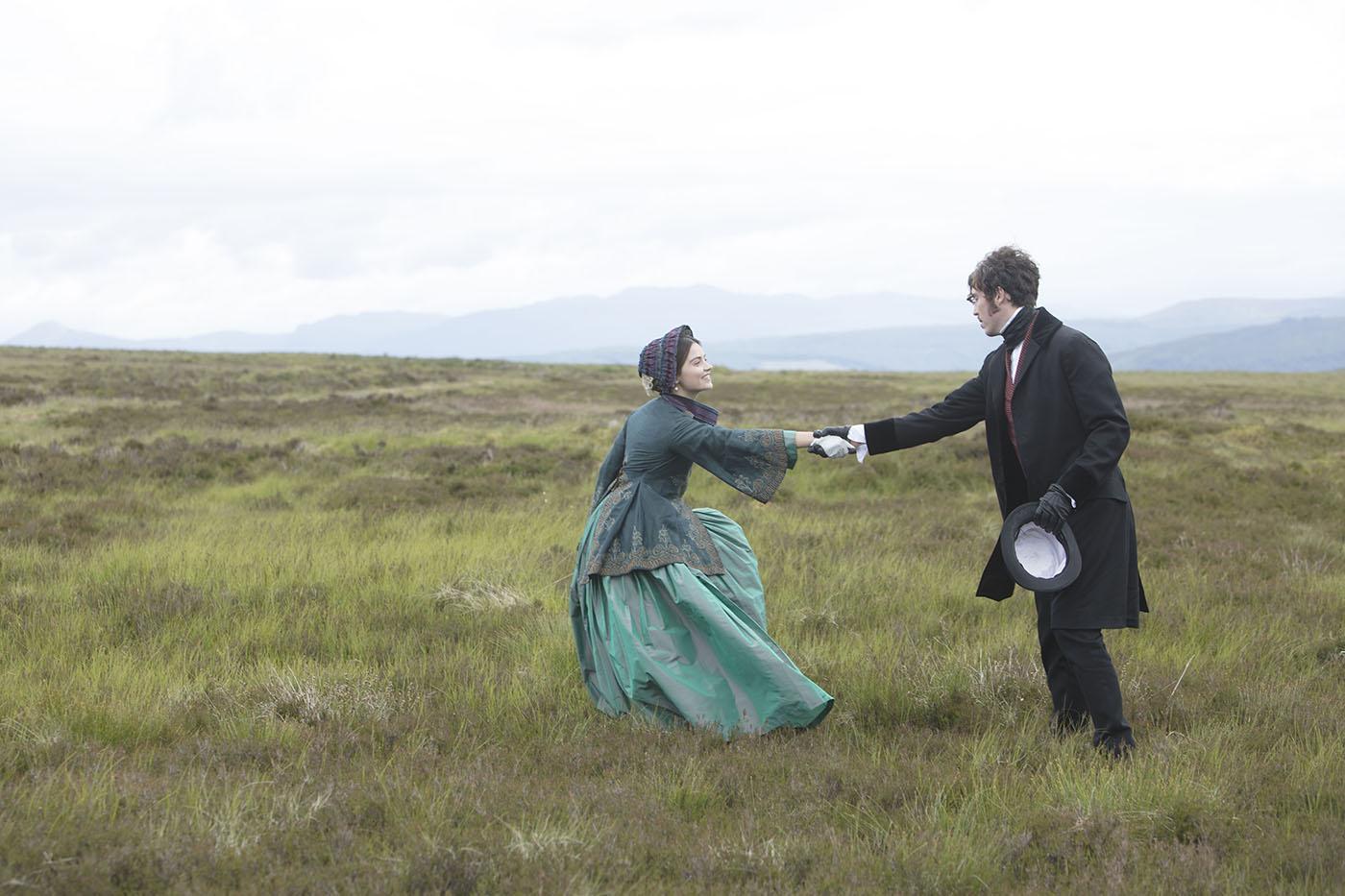 Though the threat is now past, Victoria remains surrounded by a phalanx of guards everywhere she goes. Wishing to escape this stifling situation, she decides to travel to the wilderness of Scotland – one of her favorite books is Walter Scott’s Waverley, which is set there, and she has always wanted to see the highlands.

The Scottish Duke of Atholl’s Blair Castle quickly proves just as oppressive, however: Victoria is still shadowed by guards, the entertainment for the evening is a long, histrionic reading of an epic poem, and bagpipes herald the new day, to Albert’s dismay. So Victoria requests that the royal party explore the countryside, and they all set off to go fly-fishing in a nearby river. As the entourage is returning to the castle, Victoria and Albert sneak off on horseback to find their own way home. Like many proud men, Albert is supremely confident that his sense of direction is excellent; he’ll never get lost. 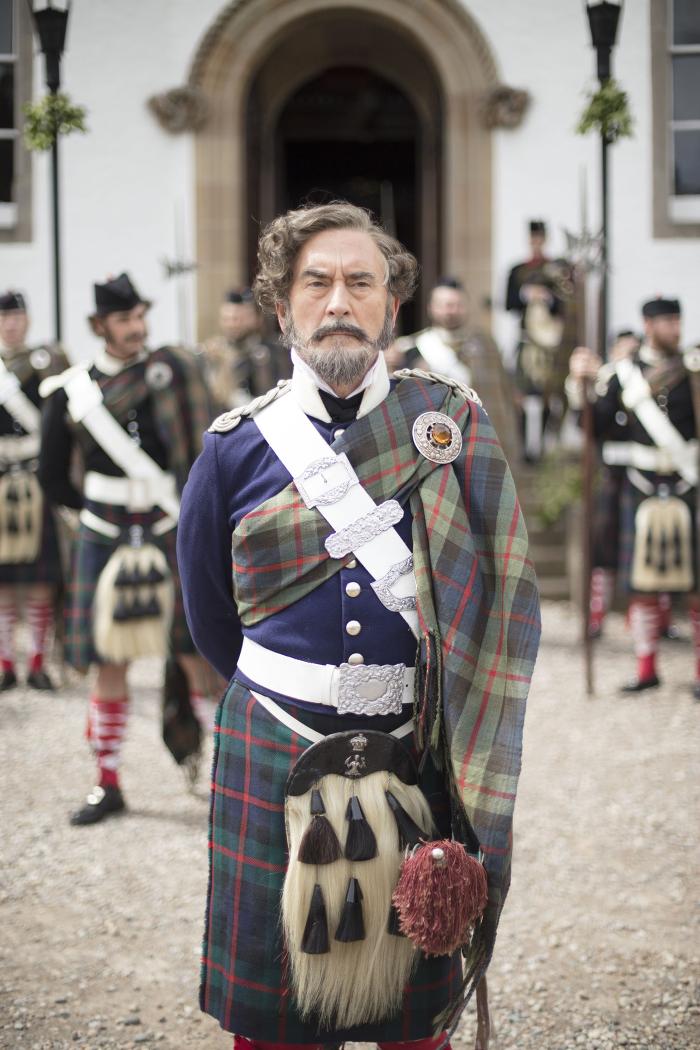 The Duke of Atholl is distraught when Victoria and Albert go missing. Photo: ITV Studios As soon as the Duke of Atholl realizes that the royal couple has absconded, he sends a search party after them. Unfortunately, Albert’s sense of direction is terrible; the queen and prince have wandered so far that no one can find them. While searching the woods, Drummond confides to Alfred that he is not looking forward to his marriage. The pair insinuatingly discuss Patroclus, the very close friend and possible lover of Achilles.

Back at the castle, the Duchess of Buccleuch is appalled. “How can someone lose a queen?” she asks. The recently widowed Harriet, upset by the queen’s disappearance, lashes out at Ernest; she thinks her husband may have killed himself, because he realized she loved someone else: Ernest. Skerrett kisses a handsome Scot who began his courtship the previous day by dancing with her at a rollicking cèilidh – a folksy dance party – hosted by the servants in the woods.

Albert’s navigation takes Victoria further and further off-road, then endangers her by crossing a treacherous river into which she almost falls. Finally, as the sun sets, a stone hut appears on the vast moors and Albert swallows his pride to ask for directions. The elderly couple who live there, unaware of their guests’ identity, offer them shelter for the night.

The queen and prince then indulge in a quaint rural fantasy, eating trout with their fingers in front of a cozy hearth, washing dishes and learning to darn socks, knocking back “a wee dram” before cuddling up into the elderly couple’s small bed while the Scots sleep in the barn. It’s all wonderful when you don’t have to deal with any of the hardships of daily farm life.

Reluctant to give up the carefree freedom they’re enjoying, Victoria and Albert try to stay hidden in bed when the Duke’s guardsmen show up early the next morning looking for them. But when the soldiers are rude to the old Scottish couple, the queen and prince reveal themselves. They thank their hosts for their hospitality and the woman gives Victoria a darning tool as a parting gift. 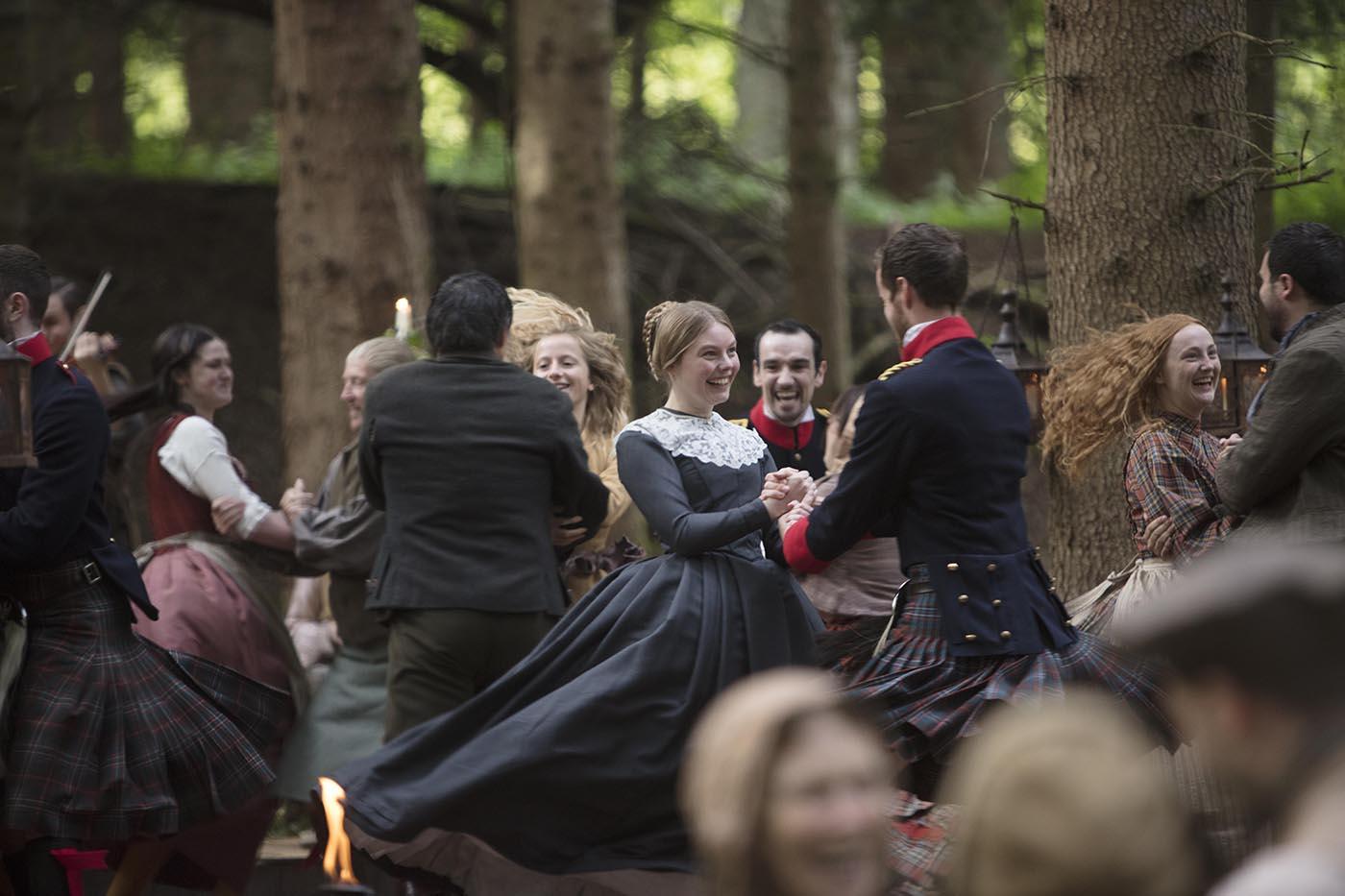 Everyone’s spirits lift when the royal couple returns safely. Harriet apologizes for being harsh to Ernest; he tells her not to torment herself over her husband’s death. Drummond and Alfred steal off to join the servants’ cèilidh, followed by Wilhelmina, who continues to take a liking to Alfred. Her hopes are dashed later that evening when she sees them finally give in to desire and kiss. Victoria and the Duke converse, after she dismisses his profuse apologies for losing her. She speaks of the joy of leaving behind her duties; he professes his admiration for her. And Skerrett enjoys a final dance with her handsome Scot, telling him that he can’t write to her; this was a simple fling. When she returns to the palace, she and Francatelli will begin to rekindle their friendship.

The idyll soon ends – as Harriet says, “Scotland was an escape for everyone” – and the royal party returns to London. Lehzen, disappointed that she was not allowed to accompany Victoria to Scotland, brings the queen a book of her childhood drawings and tears up over the memories. Victoria assures her old governess that she will always keep her around – but Albert is lately annoyed by Lehzen, so that may be a promise Victoria can’t keep. She does intend to retain some of Scotland’s freedom, however: that evening, she and Albert retreat to their private rooms. He cooks trout on the fire, and she darns a pair of socks.