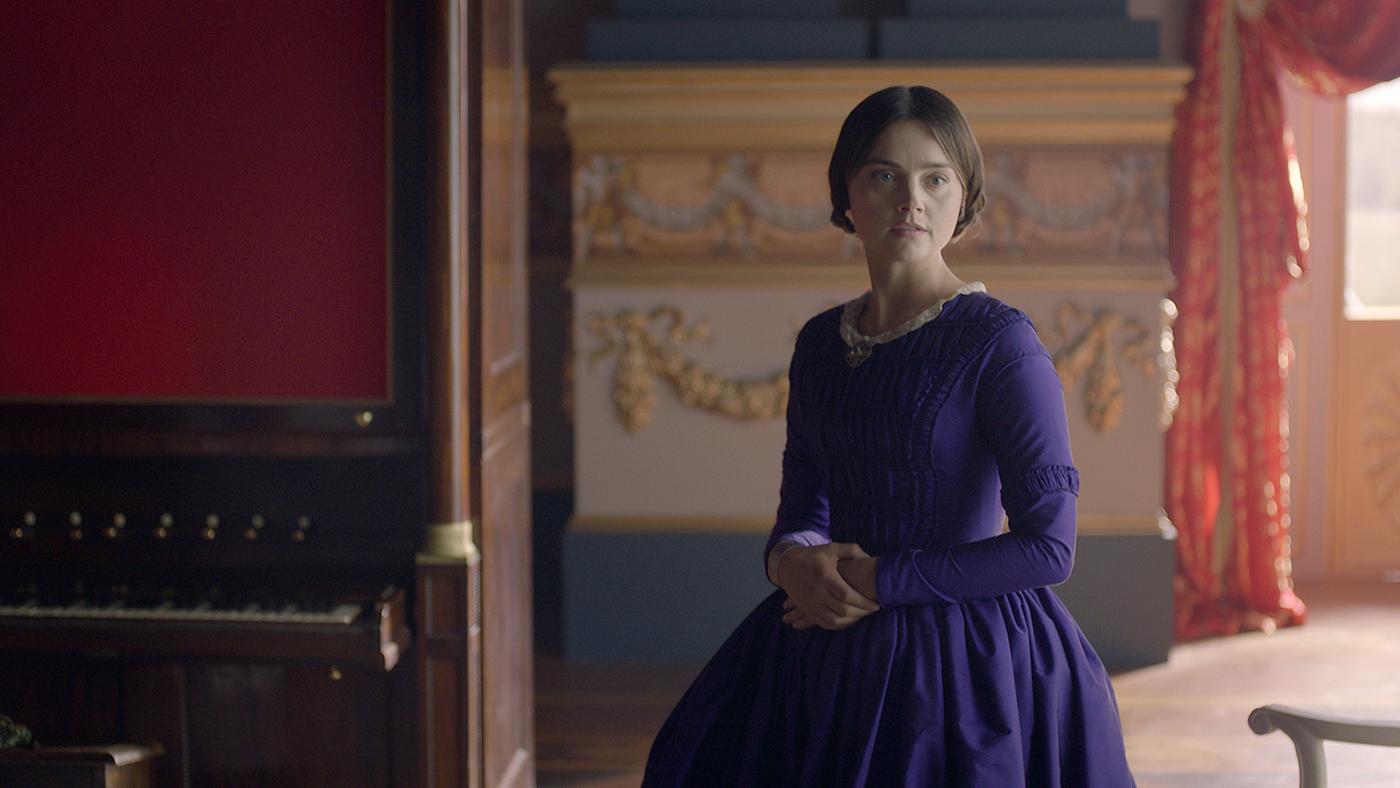 Victoria is forced to choose between two of her closest loved ones. Photo: ITV Studios

Victoria’s sympathy notwithstanding, the Irish continue to starve, in large part because of England’s restrictive Corn Laws. The protectionist tariffs of those laws make grain expensive, allowing English agricultural landowners to reap huge profits from selling their grain both abroad and at home, sending food away from a famine-stricken Ireland. Peel has finally decided to take a stand, advocating for the repeal of the Corn Laws in the face of his own party’s opposition; many of his fellow Tories are, after all, landowners.

While a large segment of his party revolts, Peel does at least secure the crucial backing of Lord Wellington, who knows from personal experience the difficult balancing act a prime minister must perform, between duty to country and loyalty to political interests. Peel also has the support of Victoria and Albert, the latter of whom is completely naïve to the delicacy of Peel’s situation. The royal couple is confident that Peel will achieve repeal and keep his leadership role, but Wellington is less optimistic.

Another political career is at a turning point: Drummond tells Alfred during an intimate dinner date that he is going to cancel his engagement because of what happened in Scotland (wink), but Alfred balks. Drummond is a rising star, and to be successful every politician needs a society wife. Angry and feeling betrayed, Drummond walks out – without even trying the oysters! The next day, his engagement is announced in the papers.

Alfred isn’t the only Al with relationship problems: Albert isn’t getting along with anyone right now, except for his buddy Peel. Uncle/maybe-dad Leopold has appeared at Buckingham unannounced, offering Albert the oh-so-thoughtful gift of a portrait of Leopold. Albert decides to avoid his problems and leaves the room every time Leopold enters. (Leopold has a knack for doing this at a bad time – Ernest and Harriet have begun sneaking kisses, but Leopold keeps interrupting them.) 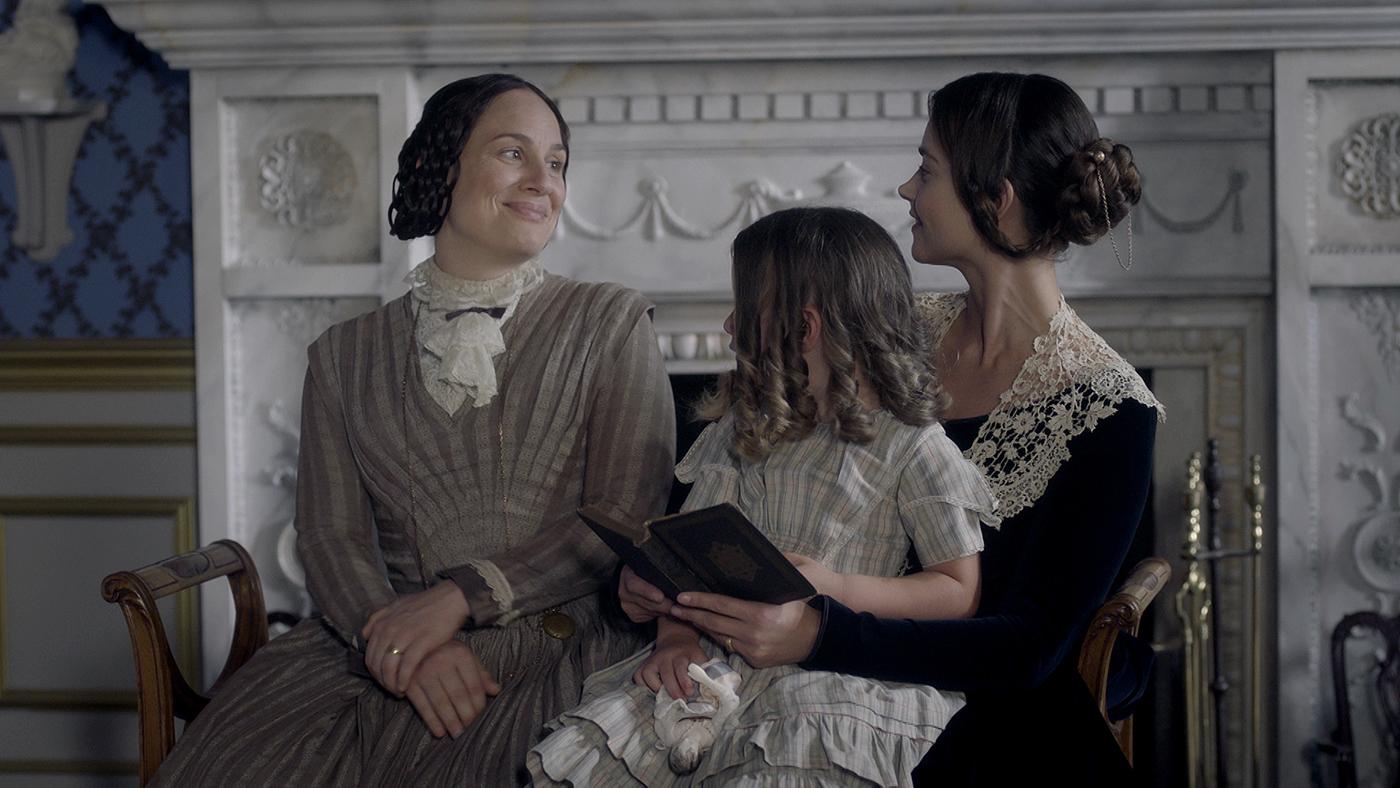 Victoria tends to side with Lehzen over Albert in child-rearing, given that the Baroness raised her. Photo: ITV Studios

Albert is also continuing his feud with Lehzen, with whom he disagrees on everything. She keeps opening the nursery windows to let in fresh air; he thinks she’s exposing his children to a draft. When little Vicky is out of sorts, Lehzen recommends a walk; Albert argues for a doctor. Caught in the middle of this is the queen, who hates to choose between these two loved ones. On the issue of Vicky’s health, she has been siding with Lehzen. Needless to say, Albert is not happy to be overridden.

The prince petulantly asserts his independence by ignoring Victoria’s advice and committing a political blunder. He decides to attend a debate over the Corn Laws in a show of support for Peel even though the monarch is supposed to be above politics. Unsurprisingly, opponents of repeal quickly use Albert’s presence against Peel. Albert is humiliated.

As Vicky gets sicker, Albert confronts his wife: Victoria must send for the doctor and stop letting Lehzen “indulge” her; she exaggerates how much Lehzen means to her; either Lehzen leaves or he does. For her part, Lehzen suggests that she is trying to protect the queen from a domineering husband: “I fear the prince does not always respect your authority,” she says. (I fear she is correct.) Victoria sides with Albert and sends for the doctor.

Little Vicky has a fever. She may not survive. Albert blames Lehzen and her open windows, and uses his very mature coping method: he avoids Victoria. During this trying time, repeal of the Corn Laws comes up for a vote. The yeas and nays are counted, and the repeal is passed, 327 to 229. Another victory follows: Vicky opens her eyes, the fever broken.

One tragedy averted, another crops up. As Peel leaves the Parliament building, a man steps out of the crowd and points a gun at him. Drummond shoves himself in front of Peel and takes the bullet. He dies on the cobblestones. Alfred, having reconsidered his dismissal of Drummond, sits expectantly waiting for him at dinner. 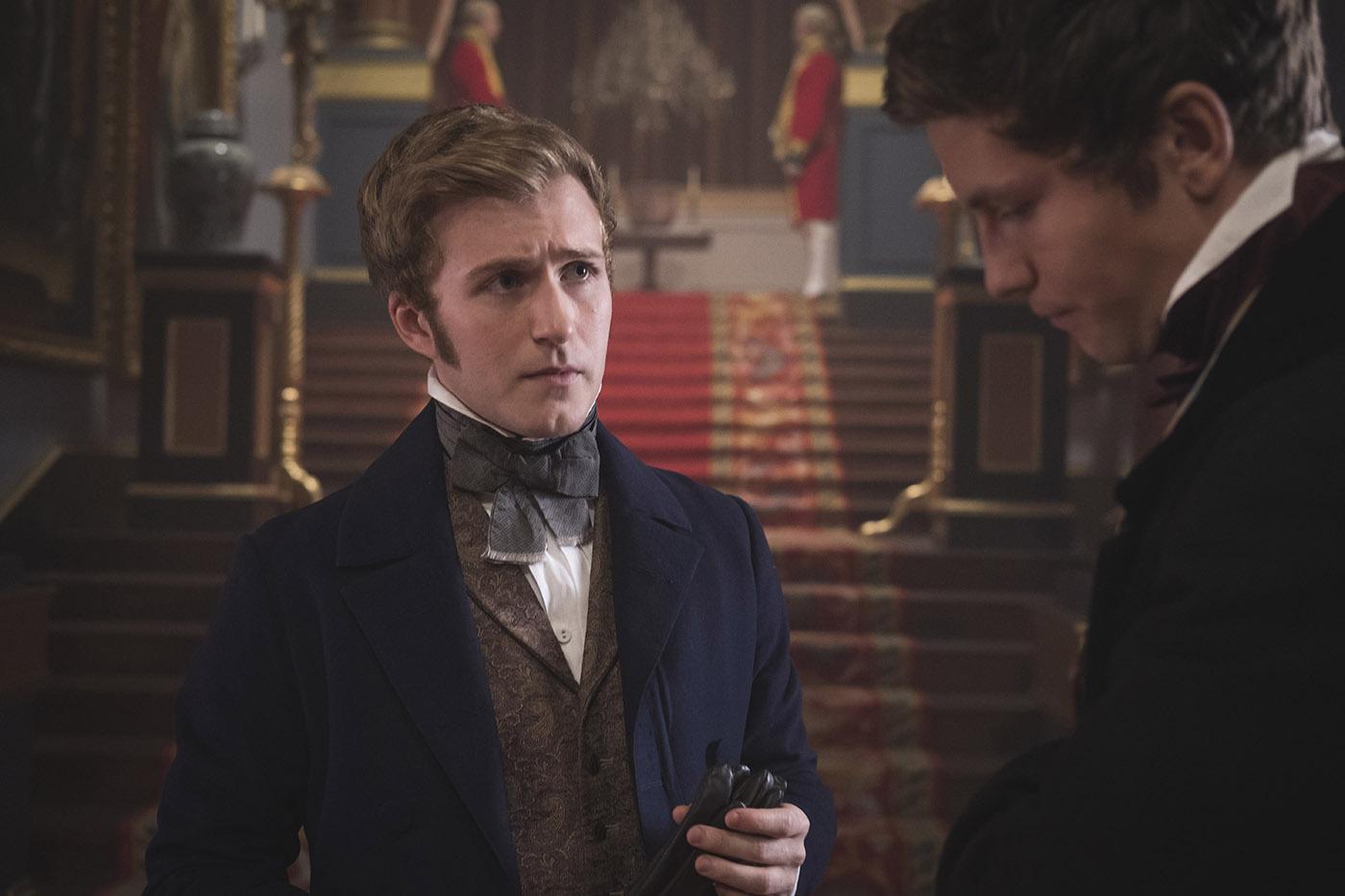 Alfred has a change of heart regarding Drummond, but too late. Photo: ITV Studios

The next day, a solemn Peel and Wellington relate the events to Victoria and Albert. The assassin was a farmer who thought his livelihood would be ruined by repeal of the Corn Laws. Peel leaves, distraught, and later tenders his resignation as Prime Minister.

In the parlor, the Duchess of Buccleuch receives a letter telling her of Drummond’s death. She asks Alfred to leave the room with her, and, warning him of difficult news, shows him the letter in private. She matter-of-factly comforts him – “I knew what he meant to you” – gives him a shot of liquor, and advises him not to mourn too obviously at the funeral, lest he invite speculation. Despite her judgmental exterior, Buccleuch knows how to help a person in need.

Ernest and Harriet also experience heartbreak. Ready to propose despite Leopold’s wish for him to marry for power, Ernest invites Harriet to his rooms. But before she arrives he discovers that the symptoms of his venereal disease have returned. He cancels the appointment with Harriet.

More sad parting: Victoria accedes to Albert and dismisses Lehzen – not without much regret on both sides. When the Baroness stoically leaves the palace, Victoria does not come to bid her goodbye – propriety must reign. She is seen off only by the crotchety Penge, who hands her a parting gift: a bottle of Madeira for the road.