Did That Really Happen? 'Victoria' Edition 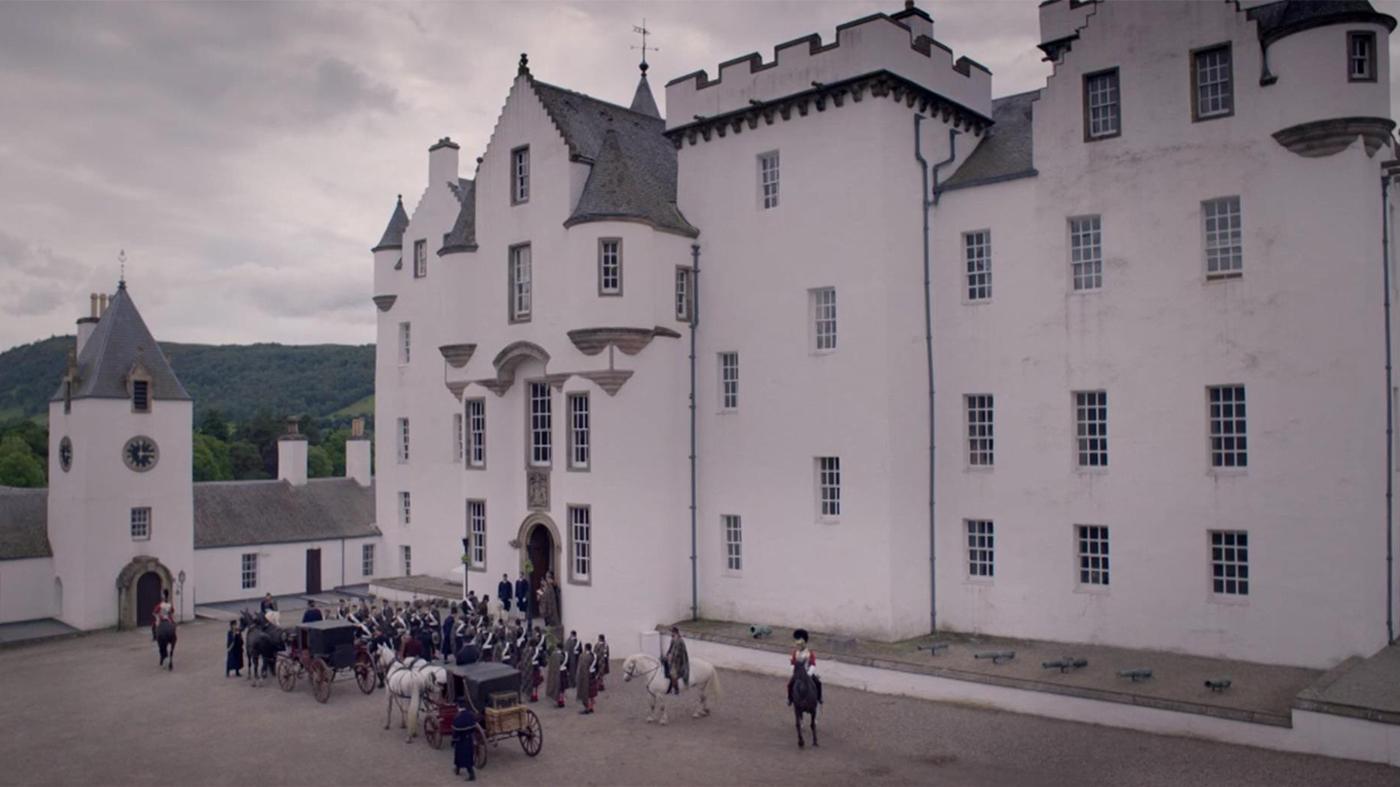 Queen Victoria's stay at Blair Castle was only one of many trips to Scotland, a country she loved enough to buy an estate there. Image: ITV Studios

Find our previous Victoria content, including recaps of both seasons, here.

Now that season two of Victoria has nearly ended, you might be wondering how much is fact and how much fiction. We’ve already covered some of the lesser known history in the first half of this season as well as the real background of some characters. Now take a look at more fascinating history that arises in the last few episodes of this season. 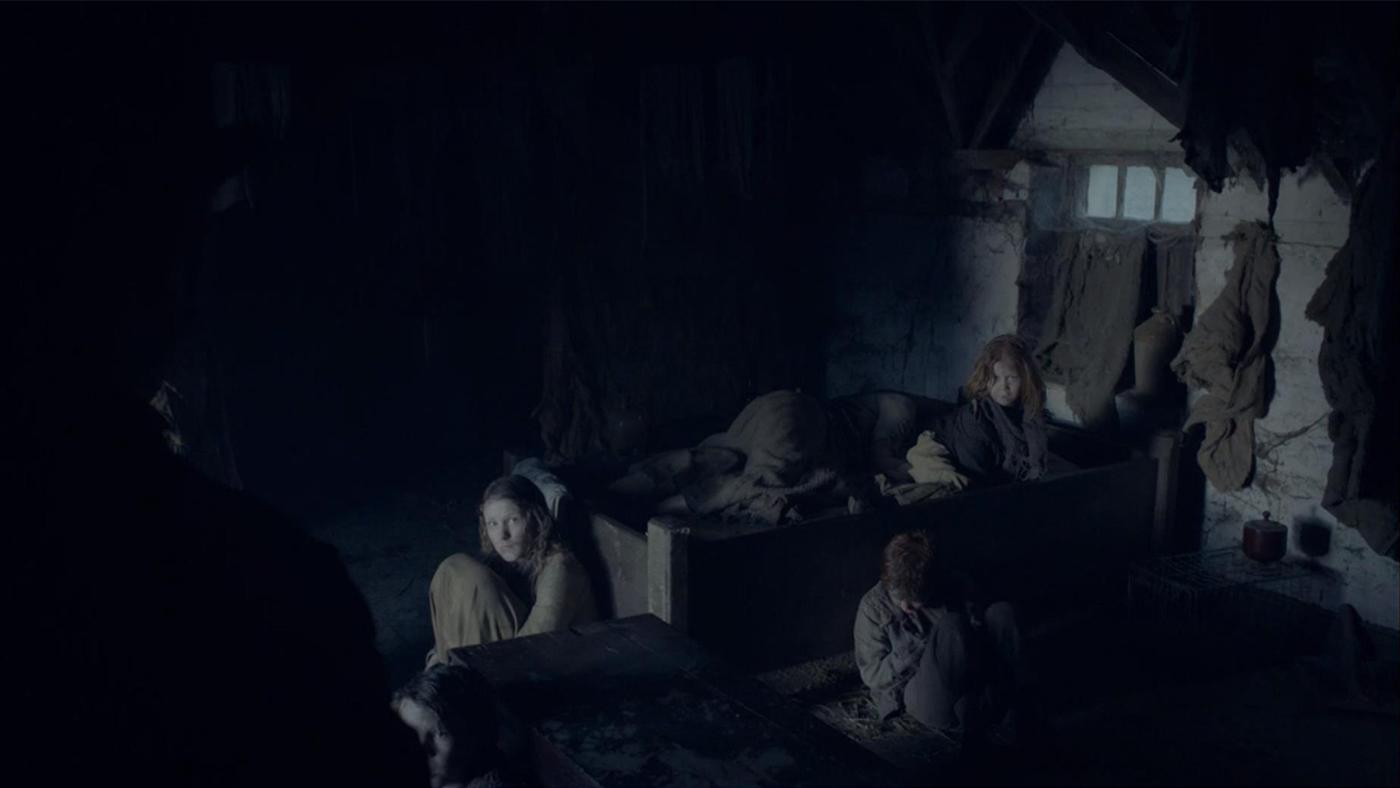 The major crisis in episode four is Ireland’s Great Famine, which was caused by a blight that devastated the potato crop during the 1840s. Because of historical legal restrictions on Irish Catholics, who made up the majority of the population, many Catholics lived in poverty on tenanted farms that were only big enough to grow potatoes in the quantity needed to feed families. As such, Catholics were dependent on the crop; when it failed, many of them starved. Some one million people died during the famine, and another two million emigrated, many to America. Relationships between Britain and Ireland suffered, given Ireland’s unequal relationship with Britain, under whose crown Ireland was held, and Britain’s nonexistent and even exacerbating response to the Famine… 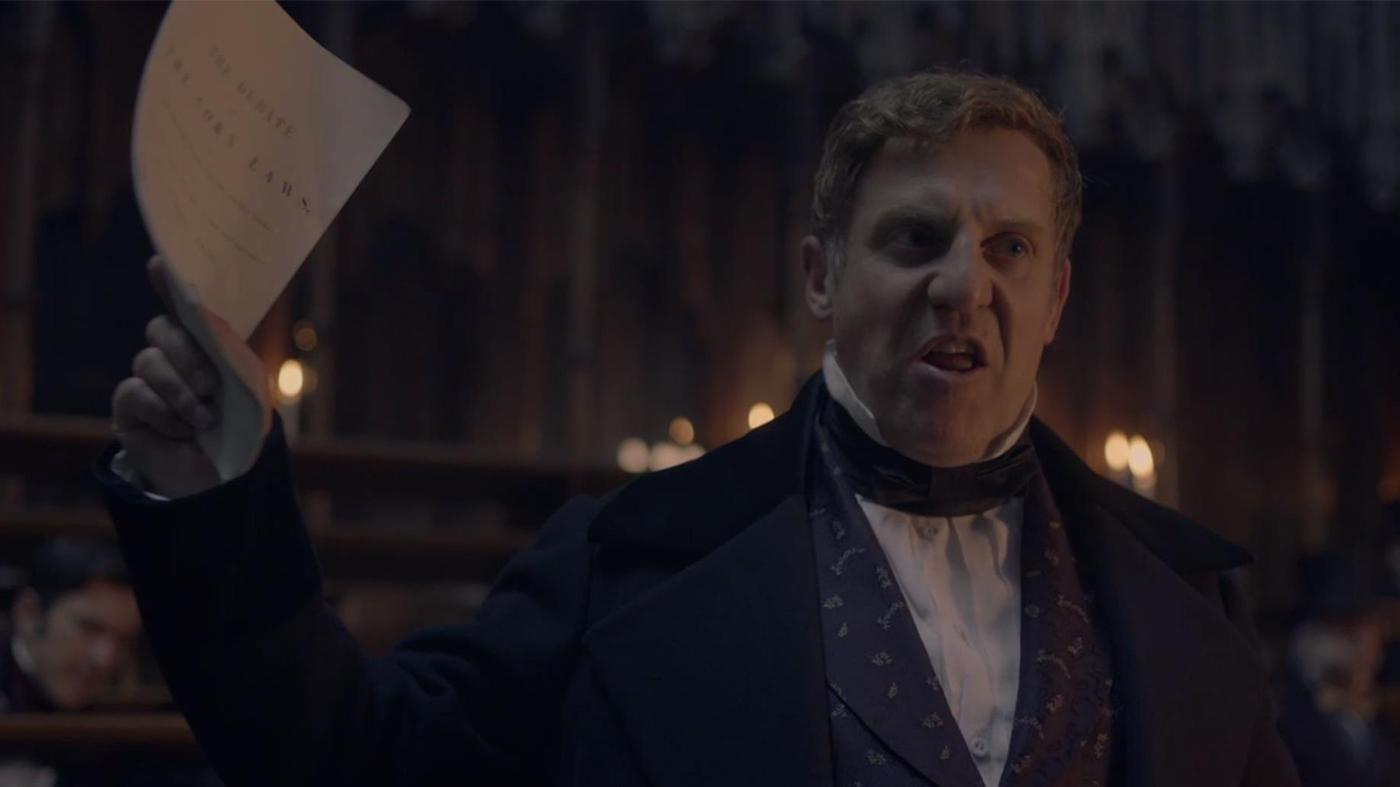 Robert Peel's support of the repeal of the Corn Laws split the Conservative Party in two. Image: ITV Studios

… as with the Corn Laws. These tariffs, enacted in 1815, were hated not just by the Irish but also the non-landed British. Meant to support British grain production – i.e. owners of agricultural land – they made imported grain prohibitively expensive. Fine, unless there were shortages in the United Kingdom, as there were several times over the next few decades, the Great Famine being simply the worst. The Corn Laws generated huge, sometimes violent, opposition, but were only repealed when the Prime Minister Robert Peel, seeing the devastation of the Great Famine, finally turned against his own Conservative Party – full of landowners – and supported repeal in 1846, as dramatized in the sixth episode. The Conservative Party divided as a result of the vote; the members who supported repeal eventually formed the new Liberal Party with the Whigs and the Radicals.

The murder of Edward Drummond 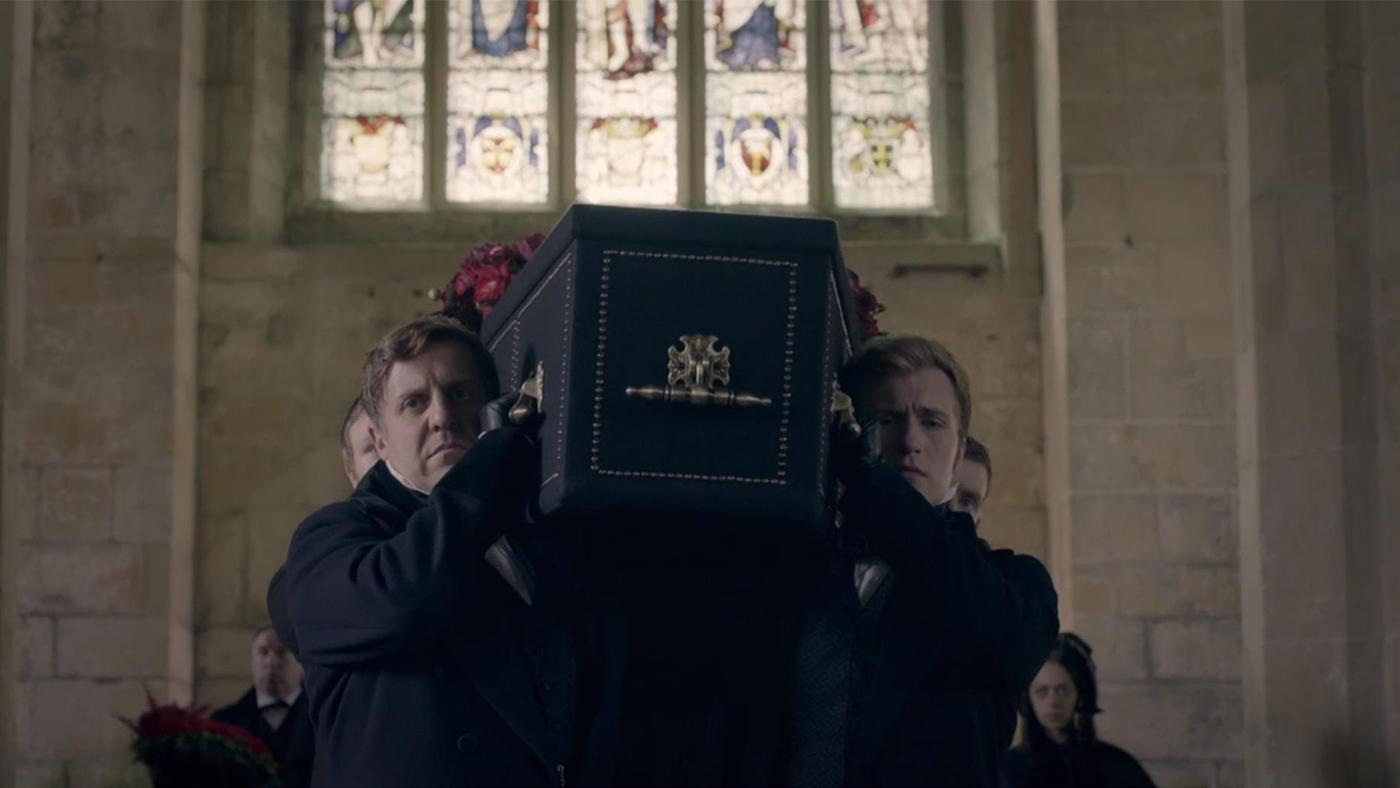 Edward Drummond was killed by a man who meant to murder Robert Peel, but not after the repeal of the Corn Laws. Image: ITV Studios

Drummond was indeed Peel’s civil secretary, and was truly shot and killed by someone who meant to murder Peel, but the assassination attempt was unrelated to the repeal of the Corn Laws. It happened three years earlier, in 1843. A man named Daniel M’Naghten, believing the Conservatives were stalking and oppressing him, shot Drummond from behind, thinking he was Peel. M’Naghten was ruled not guilty on grounds of insanity, inspiring a backlash that ended up causing judgments on ground of insanity to become more difficult to attain. 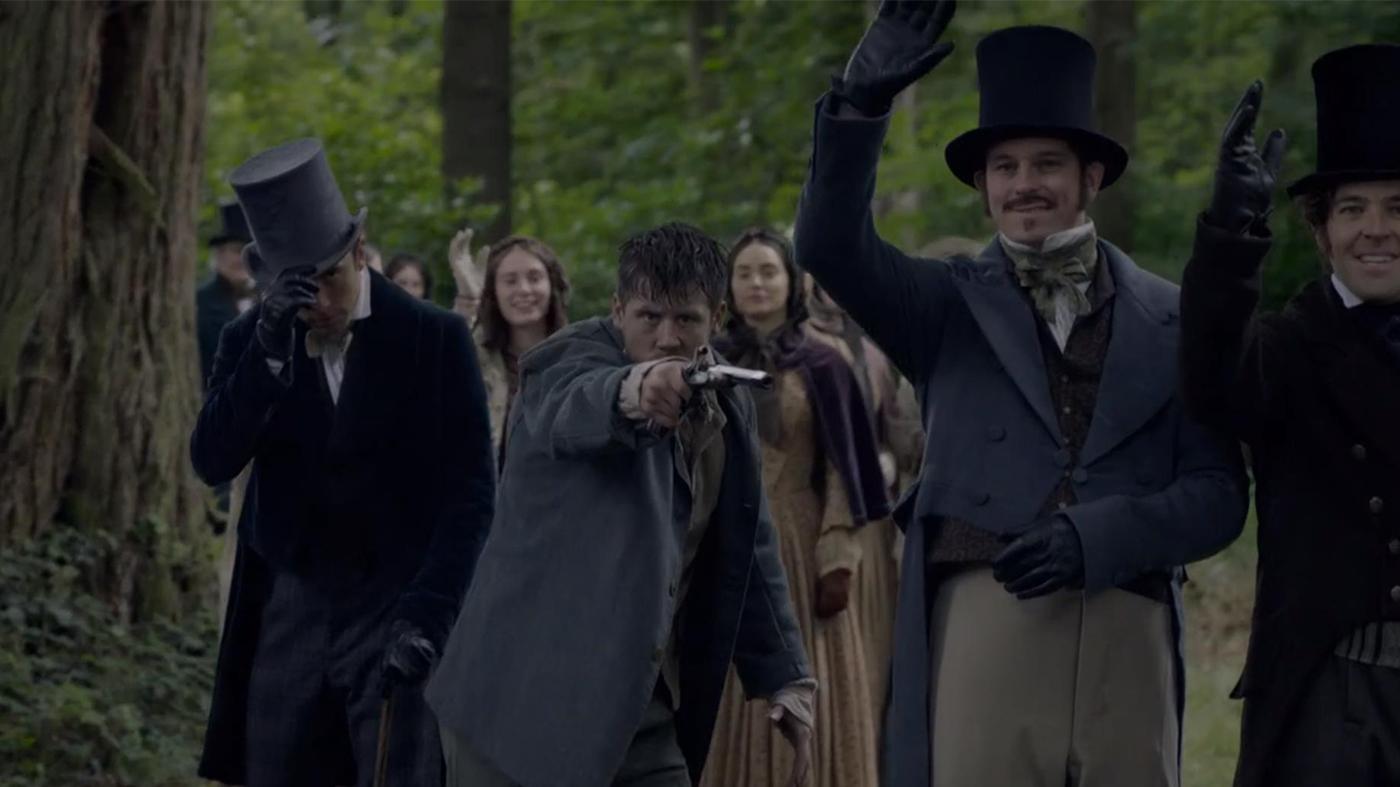 Eight assassination attempts were made on Queen Victoria during her lifetime, many by people whose guns weren't loaded. Image: ITV Studios

In episode five, Victoria is once again shot at – two separate times – while driving through Hyde Park. Over the course of her reign, Victoria survived numerous assassination attempts – at least eight. The first, seen in the season one finale, was by Edward Oxford, who may have fired only empty rounds and was found insane, like Daniel M’Naghten. In the space of two months in 1842, three separate attempts were made on the Queen’s life: two by the same man in successive days (this is the attempt in episode five), the third by another man with an unloaded gun. Two later attempts also featured guns that failed to fire, supposedly on purpose; another included a whack on the Queen’s head with a cane; and the last was by another man who was found insane. 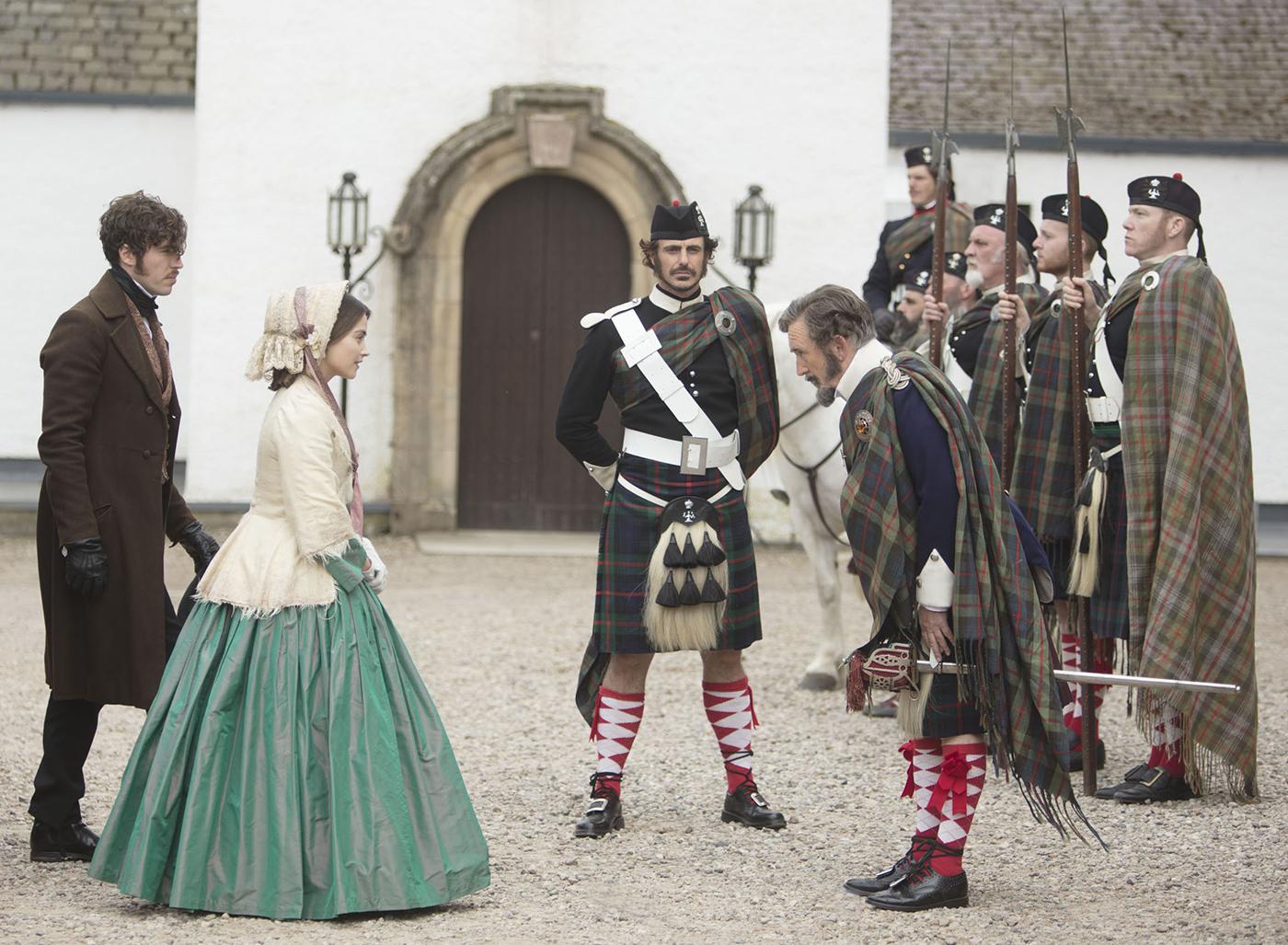 Victoria and Albert eventually bought their own property in Scotland. Photo: ITV Studios

Following the assassination attempts in episode five, Victoria and Albert escape to Scotland and stay at Blair Castle, the seat of the Duke of Atholl. Having been guarded by the Atholl Highlanders (whose uniform in the show is entirely true to life), Victoria established them as an official regiment. The Queen enjoyed Scotland, and she and Albert bought property there, eventually building an entirely new house. Known as Balmoral Castle, the property remains a residence of the royal family. When the Queen became a widow, she spent much of her time at Balmoral, becoming especially close to a Scottish manservant, John Brown, a relationship that inspired many rumors and was dramatized in the 1997 Judi Dench film Mrs. Brown. And the cocky leeky served the royal party in episode five? It’s a soup of chicken, leeks, and rice – the real-life Francatelli even included it in one of his cookbooks. 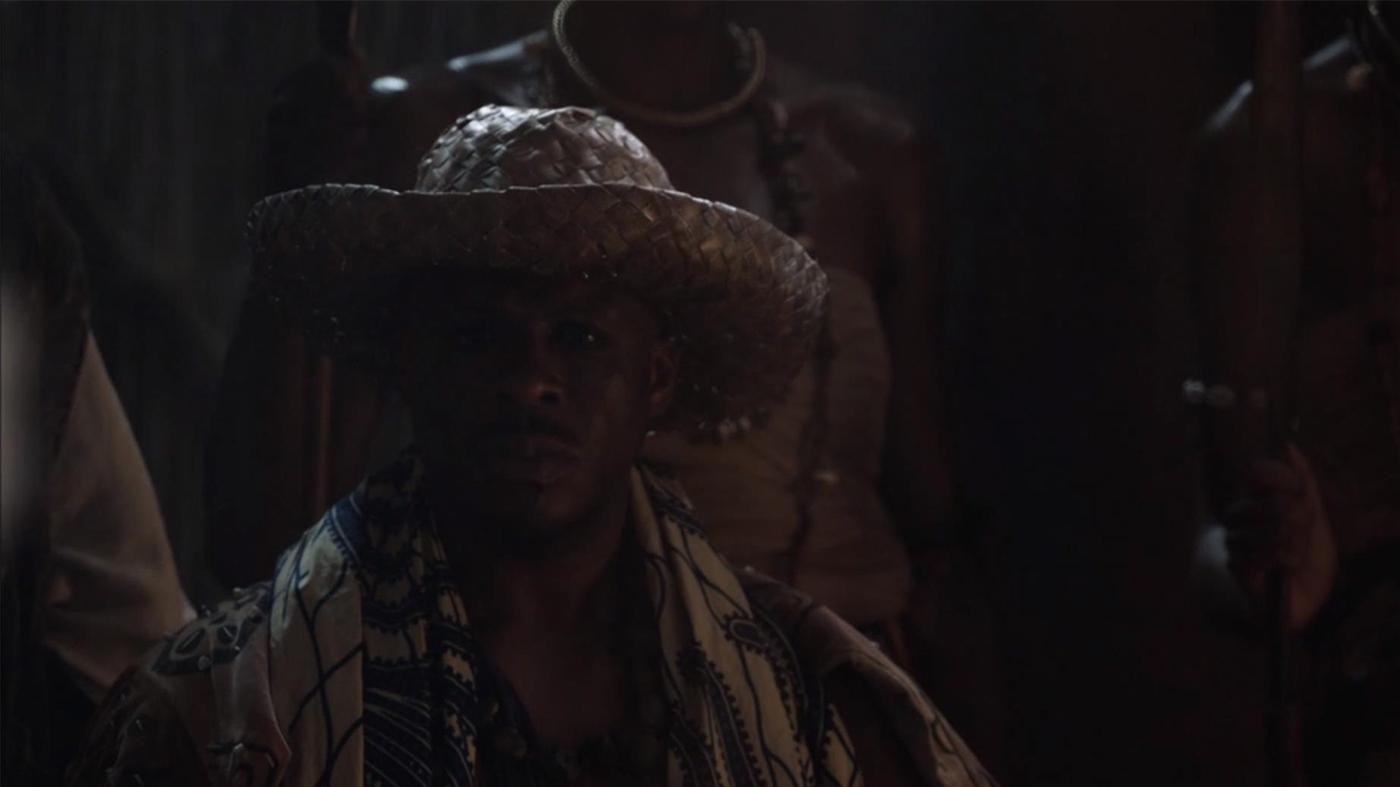 After banning the slave trade, the British tried to force King Gezo of Dahomey from continuing it by blockading Dahomey's ports. Image: ITV Studios

In the season finale, King Gezo of the West African Kingdom of Dahomey (located in present-day Benin) sends Victoria a “gift” of a child whom the British prevented him from selling into slavery. In 1807, the slave trade – but not slavery – was abolished in the British Empire, and the Royal Navy established a fleet called the West Africa Squadron to prevent British ships from continuing to transport slaves. The British pressured other countries to end the slave trade as well and used the Squadron to enforce the bans, although the United States refused to have American ships searched, despite having nominally banned the slave trade. In 1833, Parliament officially abolished slavery, though not in India – that had to wait until 1843. Throughout the 1840s, the British pressured King Gezo, whose kingdom profited greatly from the sale of slaves, to end the slave trade, forcing him to sign an agreement by blockading his ports in 1851. Seven years later, he revived the slave trade; in the intervening years, he probably continued it, just not through the ports of Dahomey. In 1858, he died, possibly by assassination.