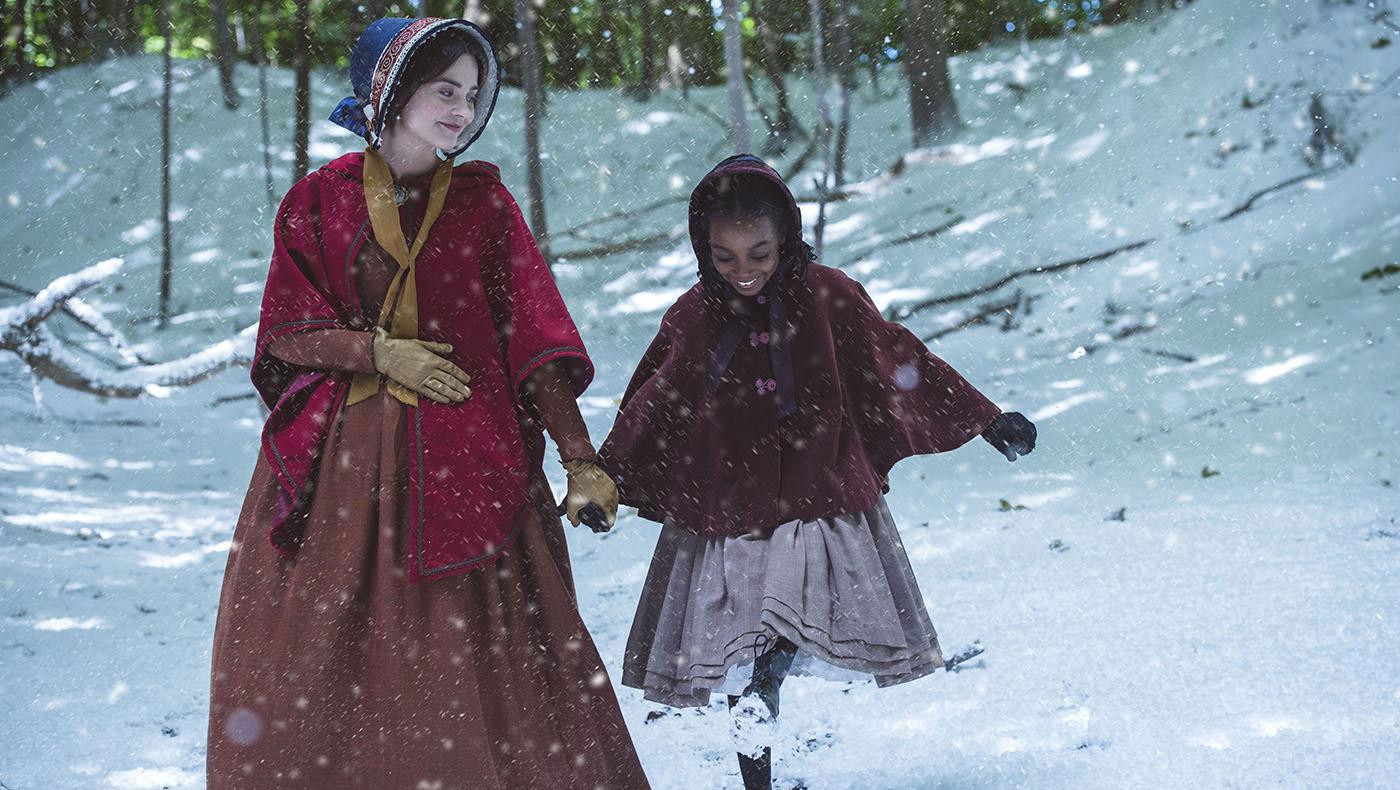 Victoria recognizes herself in a lonely young girl who is brought to stay at the palace. Photo: ITV Studios

Victoria is available to stream for Passport members. Read our recap of the previous episode. Find our previous Victoria content, including recaps of season 1, here.

Christmas is coming, and Albert of all people can’t wait. He is planning elaborate decorations – a tree for each member of the family, plus one hanging from the ceiling – so that his children will have a magical time that they can cherish forever, just as he holds dear his own childhood remembrance of the holiday, his only happy memory of his whole family together. Victoria finds all of this endearing; Penge, who has to carry out all the decorations, is less enthused.

The grumpy house manager hopes to retire soon from the drudgery of palace work. He has invested his savings in a railroad company and wants to use the earnings to end his days “as a gentleman.” And he’s not the only servant envisioning a bright future: Francatelli wants to buy a hotel with Skerrett, with whom he has been sneaking kisses. The dressmaker has just inherited valuable property from an uncle in America she didn’t know she had. Free money!...except that the property consists of twenty slaves. 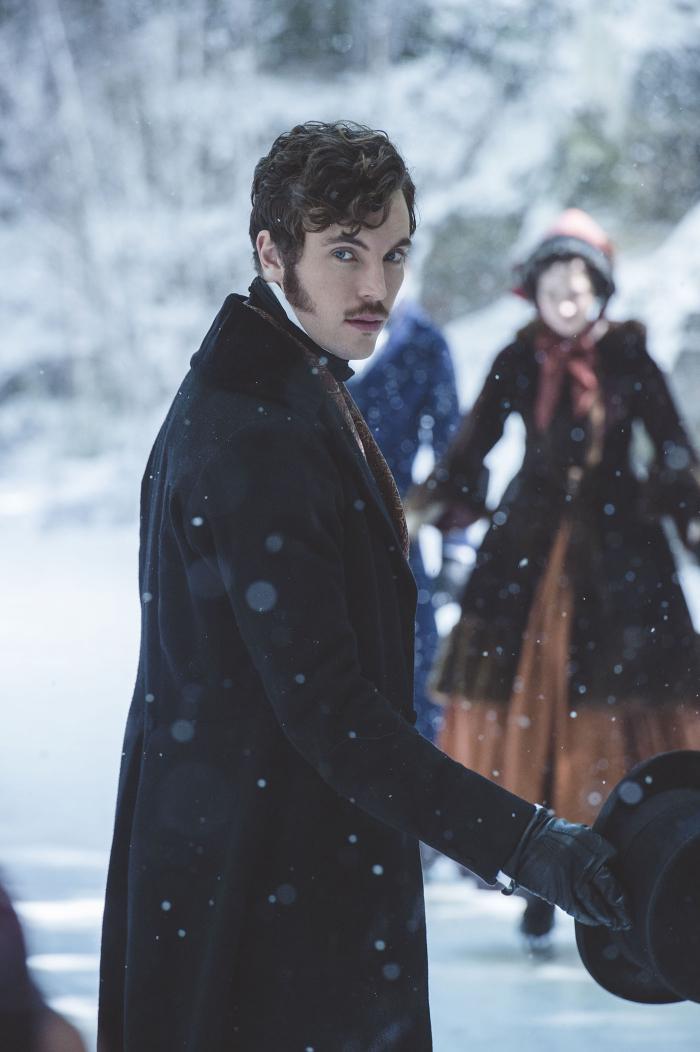 Albert loves Christmas and wants it to be a magical time of year for his family. Photo: ITV Studios A young girl who narrowly escaped slavery has recently arrived at the palace. Sarah was part of a royal family in West Africa that was captured by the king of Dahomey (present-day Benin). The king wanted to sell them into slavery, but when the British troops stationed there forbade it, he slaughtered everyone but Sarah, who was saved only by the intervention of a captain named Forbes. Instead of murdering or selling Sarah, the king instead gives her as a gift to Victoria. Before going to the palace, Sarah learns English and to read and write from Forbes’ wife; a mutual bond develops between the African girl and the Englishwoman, who has no children of her own. (Victoria has no such problem – she’s pregnant, again.)

Victoria refuses to regard Sarah as a gift – a piece of property – but offers to have her stay at the palace as an honored guest. Sarah is not the only visitor: Albert, wanting the whole family to be together for Christmas, has invited Leopold and Victoria’s mother, to Victoria’s chagrin. Both Albert and Victoria’s mother think it unwise to have Sarah stay at the palace, but Victoria, who herself was once a lonely girl, sympathizes with the child. The queen even buys Sarah a doll like the ones she found comfort in as a child.

Another unwelcome guest is lurking in London. Victoria’s uncle, the Duke of Cumberland, last seen vying for her seat on the throne, is back, and he interrupts a delightful day of playing in the snow to demand a family heirloom from Victoria. Albert suggests Victoria simply hand the necklace over, but she is unwilling to surrender it to a man whom people believed capable of assassinating her to win the crown. Lacking Albert’s support, the queen desperately pines for Lehzen, who would have helped her.

Sarah finds Victoria crying in the wake of this and comforts her – the girl herself has been sobbing over the loss of her family, but Mrs. Forbes taught her to make a funny face, and that would make her feel better. The unlikely pair commiserates over their lost mother figures, Lehzen and Mrs. Forbes. 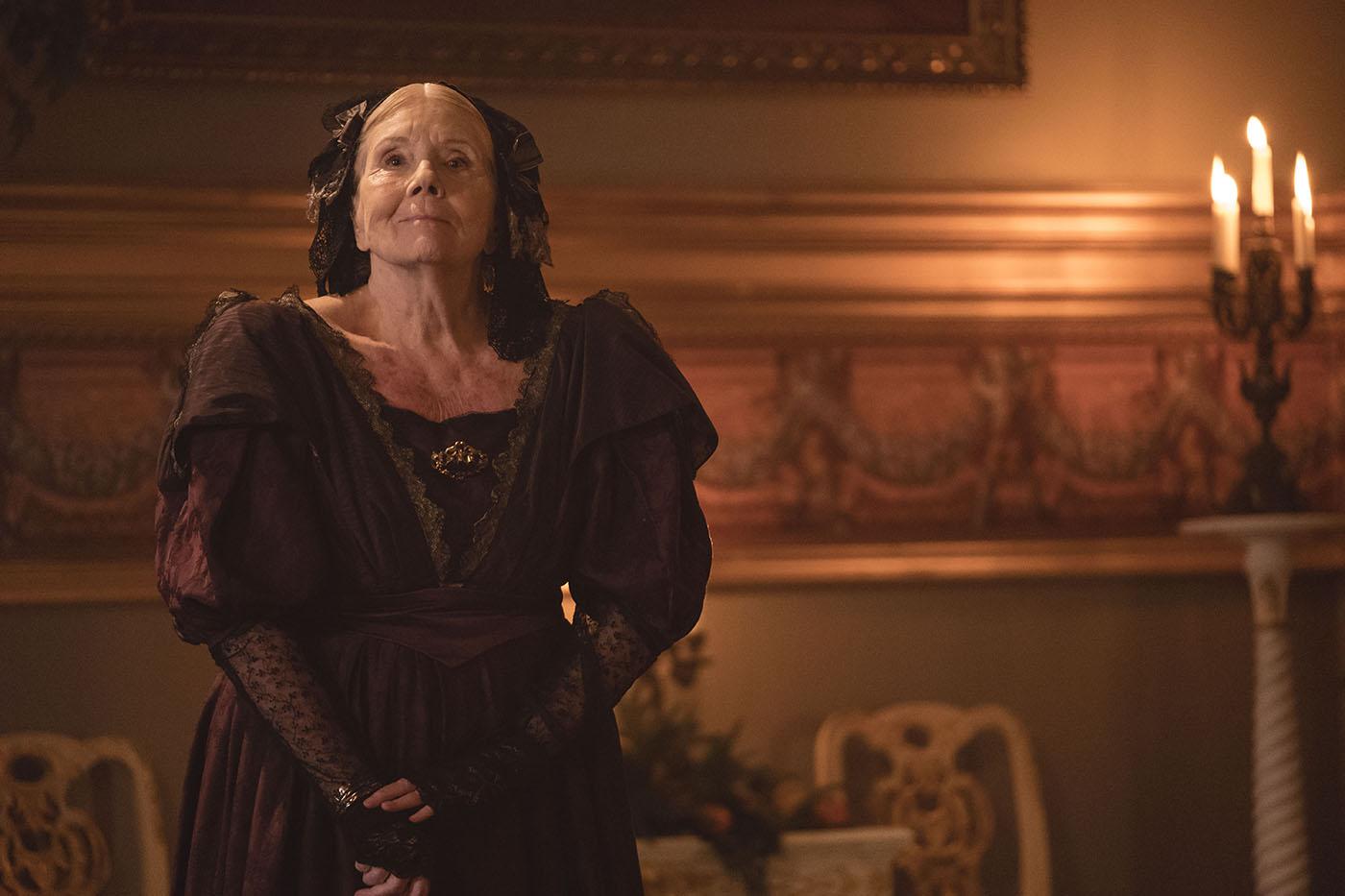 Buccleuch has some advise for Wilhelmina regarding marriage. Photo: ITV Studios

Spirits are raised at the servants’ ball downstairs, where Penge has the honor of the first dance with Victoria. Having been advised by Buccleuch that Alfred would make a fine husband – you don’t want to be an “old maid” – Wilhelmina decides to go for it and dances with the despondent lord, cheering him up a bit. Ernest, meanwhile, refuses to dance with his appointed beloved, a wealthy cousin whom Leopold has brought to the palace. Harriet is still upset over his sudden rejection of her, so he pointedly shows her that he’s not interested in the cousin.

He’s rewarded by a late night visit: Harriet, wrapped in a cloak, steals into his room in her undergarments (which still cover quite a lot, given that this is the Victorian era). After some passionate rolling around, Ernest puts a halt to things to protect Harriet from his venereal disease: he’s not interested in her now that she’s not “forbidden fruit,” he lies. She rushes out of the room, sobbing. Who finds her but Leopold; he tells her about Ernest’s “condition.” The news is ironically welcome, given the context. Ernest and Harriet still can’t do what they really want to, but at least they’re on the same page.

Frustrated that he can’t have a family, Ernest takes it out on his brother, ruining Albert’s beloved Christmas memory by reminding him that their mother left forever that very night. Ernest later apologizes to his brother and tells him about his infection, but not before Albert goes for a moody skating session, falls through the ice, and nearly drowns while Victoria tries to save him. 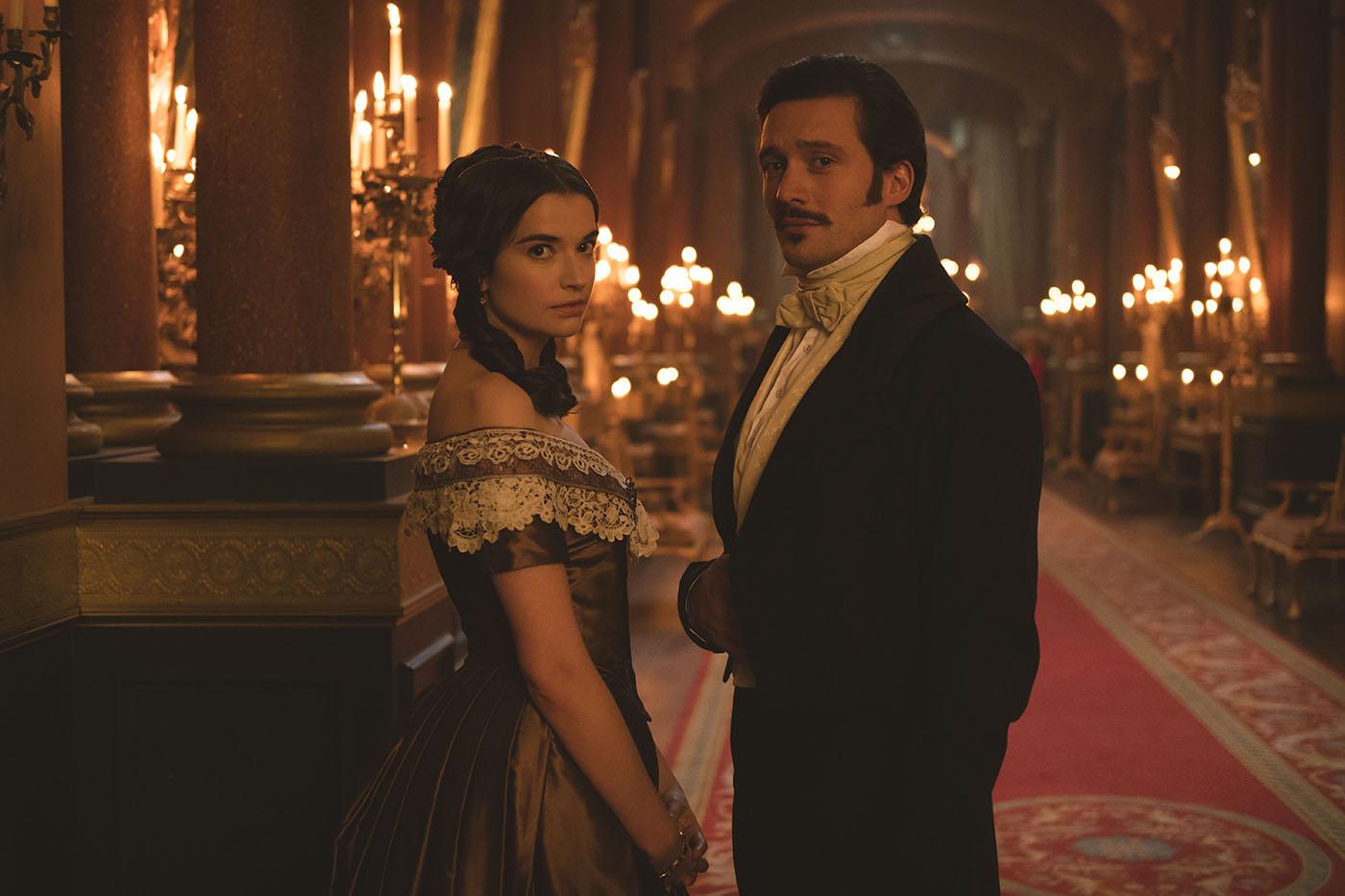 Harriet and Ernest finally come to an understanding over the limitations of their relationship. Photo: ITV Studios

The queen only witnessed her husband’s near-death because she was outdoors looking for Sarah, who had gone missing. With Albert’s help, Victoria finally realizes that Sarah wants to live with the Forbeses, and sends her back to them once the girl is found in an out-of-the-way corner of the palace.

Wilhelmina and Alfred also find a happy ending, of sorts. Having received a lock of Drummond’s hair (why she would receive it, we’ll never know), Wilhelmina gives it to Alfred. Moved by her loving attention towards him, he proposes to her. “There’s more than one kind of love,” he says before kissing her.

Penge is less fortunate. He has lost all of the money he invested; he’ll never be a gentleman now. He does give Skerrett some good advice, however, when she tells him about the moral dilemma of her inheritance: everyone deserves rights and the freedom to do what they will, he says, even if it’s the dumb choice to lose their savings in a risky investment. Skerrett goes to her lawyer and demands that the slaves she inherited be freed. No hotel for her and Francatelli, then; but they are at least getting married. 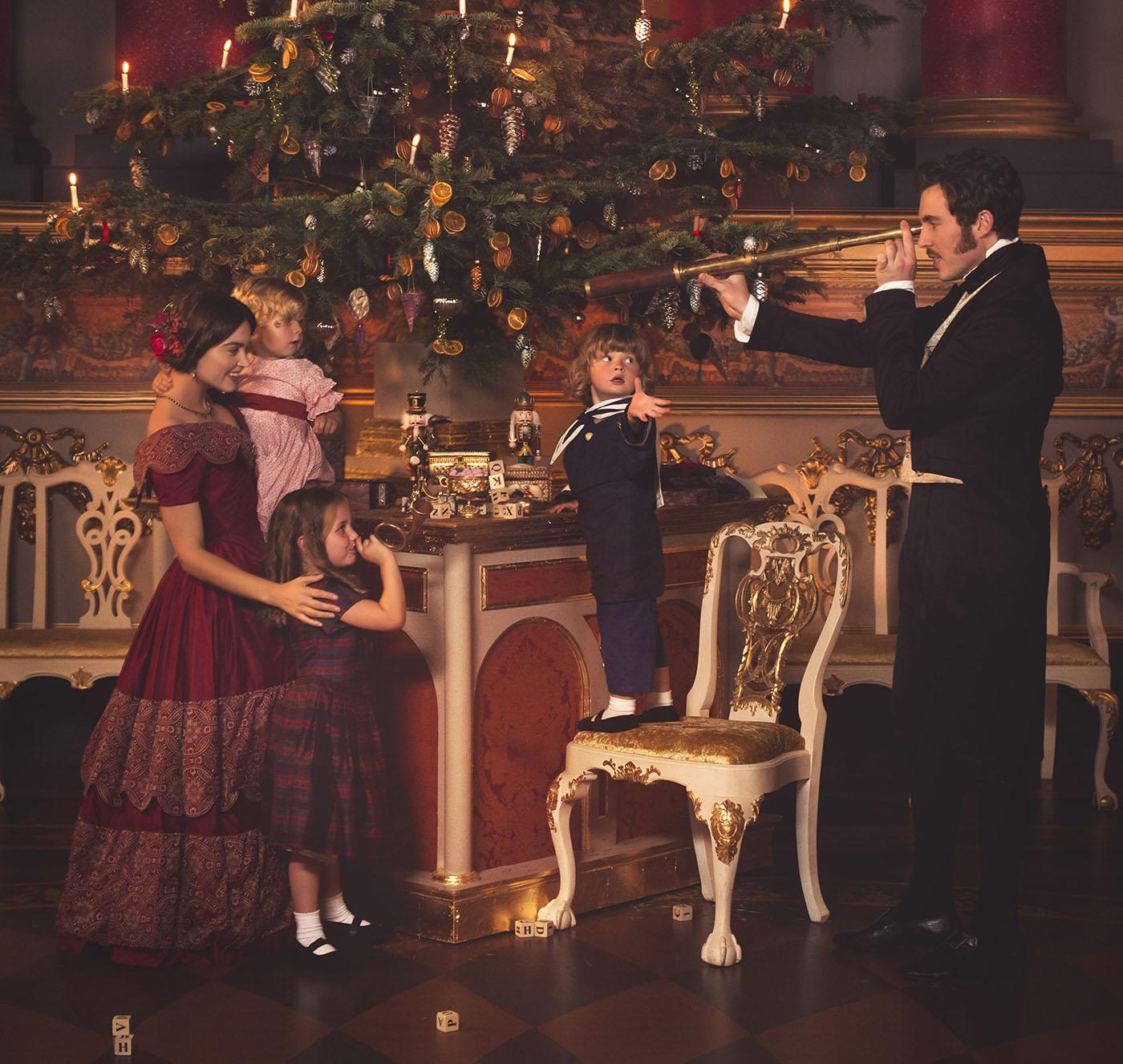 Despite all the family difficulties, Christmas ends up being a time of reconciliation. Photo: ITV Studios

And Cumberland? He’s decided that he no longer wants the necklace, after some gentle prodding by Leopold and his old friend Buccleuch. Feeling a surge of goodwill – it is Christmas, after all – Victoria invites her hated uncle to join in the family’s festivities. Bring out the figgy pudding!