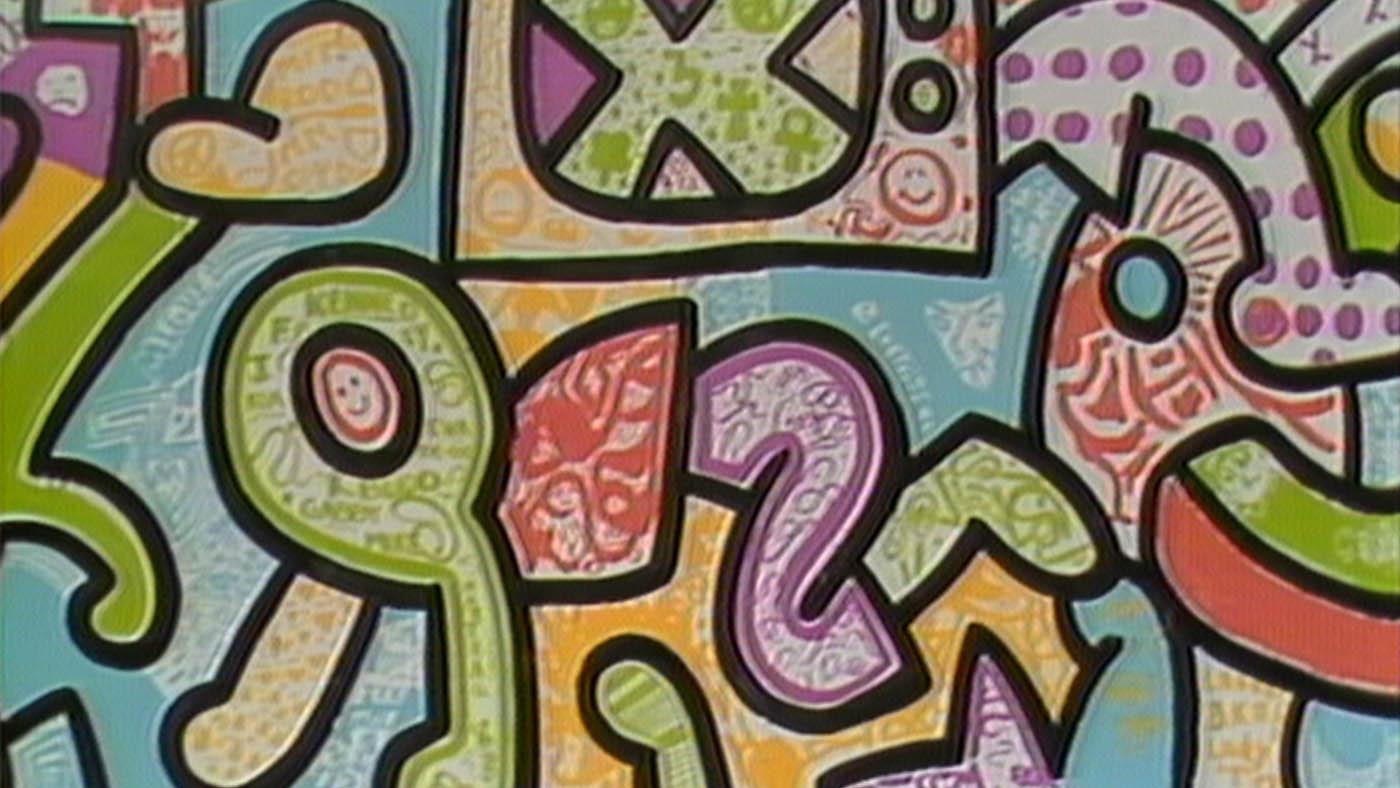 You many not know his name, but you would definitely recognize his art. Keith Haring's bold-outlined, bold-colored figures of dancing people, barking dogs, beaming hearts, and crawling babies became ubiquitous during his short career in the 1980s, on t-shirts, walls, magnets, prints, album covers, Grace Jones's body, Madonna's clothing – and it's still iconic, so much so that younger people might not even realize it's the creation of a single artist.

In May, 1989, at the height of his fame – and less than a year from his death of AIDS in February, 1990 – Haring visited Chicago to create a 488-foot-long mural in Grant Park with hundreds of Chicago Public School students. Haring had been invited by Irving Zucker, a teacher at William H. Wells Community Academy in Ukrainian Village. Together with CPS and the Museum of Contemporary Art, Zucker and Haring organized an arts education project: Haring would paint outlines in black on 122 4x8-foot panels, then the students would fill in the lines like a coloring book with whatever they liked, in five shades of paint.

Those panels stood in Grant Park for only a week, and then were distributed across Chicago: some to CPS schools, some into storage, and 36 to Midway Airport. Those 36 panels are now on display at the Chicago Cultural Center through September 23 in a free exhibition that also includes ephemera from Haring's weeklong stay in Chicago: photos, t-shirt drawings, plans, correspondence, and more. (While here, Haring also painted two murals at Rush University Medical Center and Zucker's school.)

You can see Haring drawing on some of those t-shirts in Off the Wall with Keith and the Kids, the documentary WTTW made chronicling this unique mural collaboration, below. "I'm still a kid at heart," Haring says in the video. "One of the reasons I keep doing thins like this is to stay aware, stay in touch with it. It's mutually beneficial. For them, it's interesting to be able to be part of a project that has sort of international recognition. For me, it makes it much more real and much less pretentious."