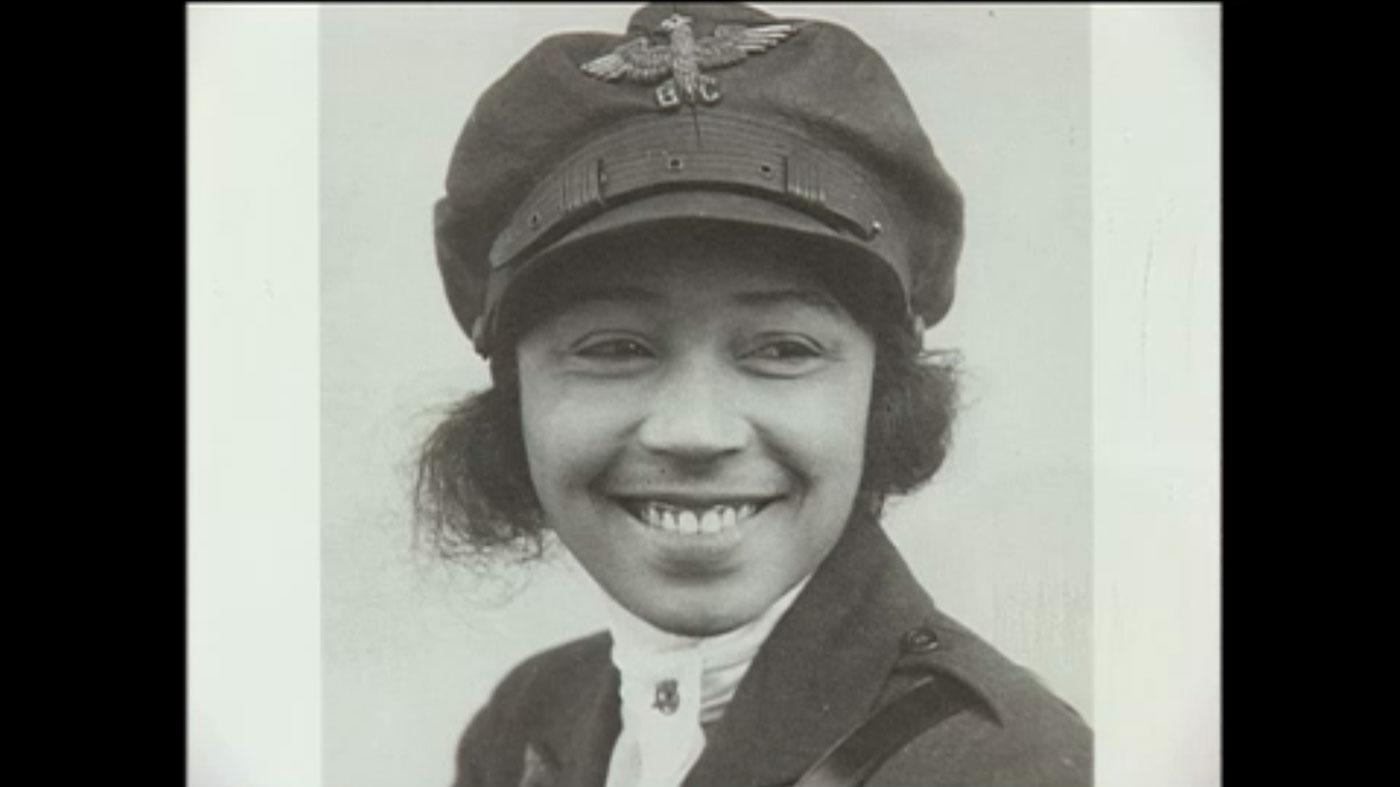 Having soared free of the constraints of her birth, she fell from the sky at the height of her career. Bessie Coleman was the first female African American pilot, the first African American to receive a pilot’s license, and the first American woman to get an international pilot’s license; impressively, she broke all that ground (or more appropriately, sky) within two decades of the Wright brothers’ epochal first flight at Kitty Hawk in 1903. But after less than five years as a pilot, at the young age of 34, Coleman plummeted to her death from a plane. Her soaring life crashed, and she wasn’t even the one at the controls.

Bessie Coleman was born on January 26, 1892 in rural east Texas. The South was a dangerous, discriminatory place for African Americans: lynchings were common, voting rights were restricted, mandated segregation was widespread. Coleman had to walk four miles to go to school in a one-room wooden shack. After she turned nine, she often had to miss classes to take care of her younger sisters. Despite her meager education, the determined girl enrolled at the Oklahoma Colored Agriculture and Normal University when she was 18; soon running out of money, she returned home without a degree.

Not content with the scant opportunities afforded her in Texas, in 1915 Coleman joined the tens of thousands of other southern African Americans moving north as part of the Great Migration, settling in Chicago with her two older brothers. She found work as a manicurist in a barber shop on the city’s South Side. One of her brothers had served overseas in World War I and made a habit of teasing his ambitious sister: “Those women in France fly airplanes.” And with that, Coleman knew what she wanted to do. 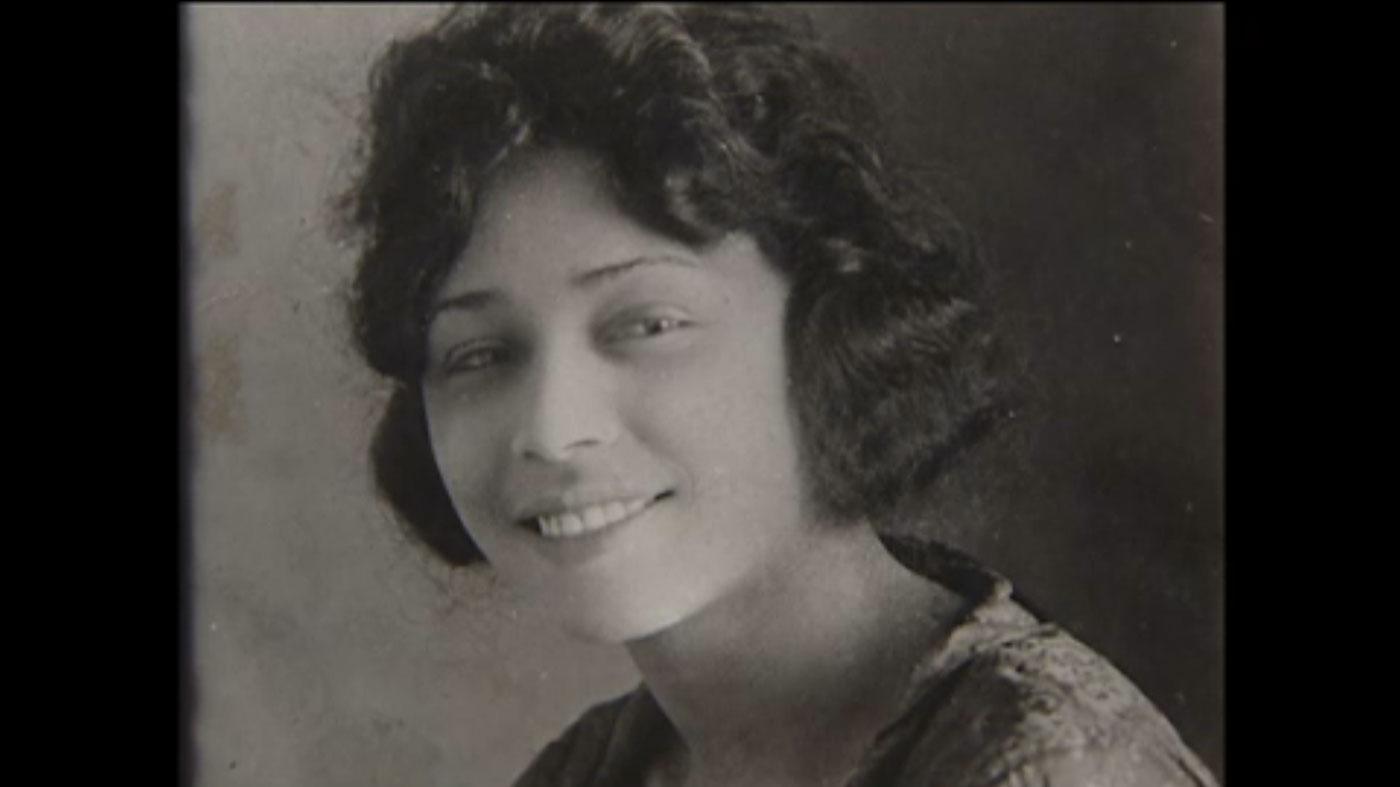 But no American flight school would accept her, not because she was a woman, but because she was black. (That said, there were very few female American pilots of any race at the time). On the advice of Robert Abbott, the influential and wealthy publisher of the Chicago Defender – a newspaper that helped spur the Great Migration through its distribution by Pullman Porters in the South – Coleman decided to travel to France to learn to fly, emulating the female pilots about whom her brother taunted her.

With financial help from Abbott, Coleman learned French and went to France, where she had enrolled in a flight school. Once there, however, she was rejected; two female students had recently died, so the school was no longer admitting women. Undeterred, Coleman found another school, and after seven months of training, received her international pilot’s license in 1921.

When she returned to the United States in September of that year, she was greeted by enormous public interest and media attention across the country. In New York City, she was invited to be the guest of honor at a performance of the all-black musical Shuffle Along and received a resounding standing ovation. The Defender put her on its front page.

She soon went back to Europe to learn to be a trick pilot – in the days before commercial flying, pilots had to perform in air shows to make money. On September 3, 1922, she flew her first exhibition, on New York’s Long Island, with the Defender as sponsor. A month later, she appeared at Checkerboard Field outside Chicago. From then on, she traveled the country to perform, refusing to do so at venues that wouldn’t allow African American audiences. Meanwhile, she encouraged other African Americans to learn to fly, and nurtured a dream of starting her own flight school. 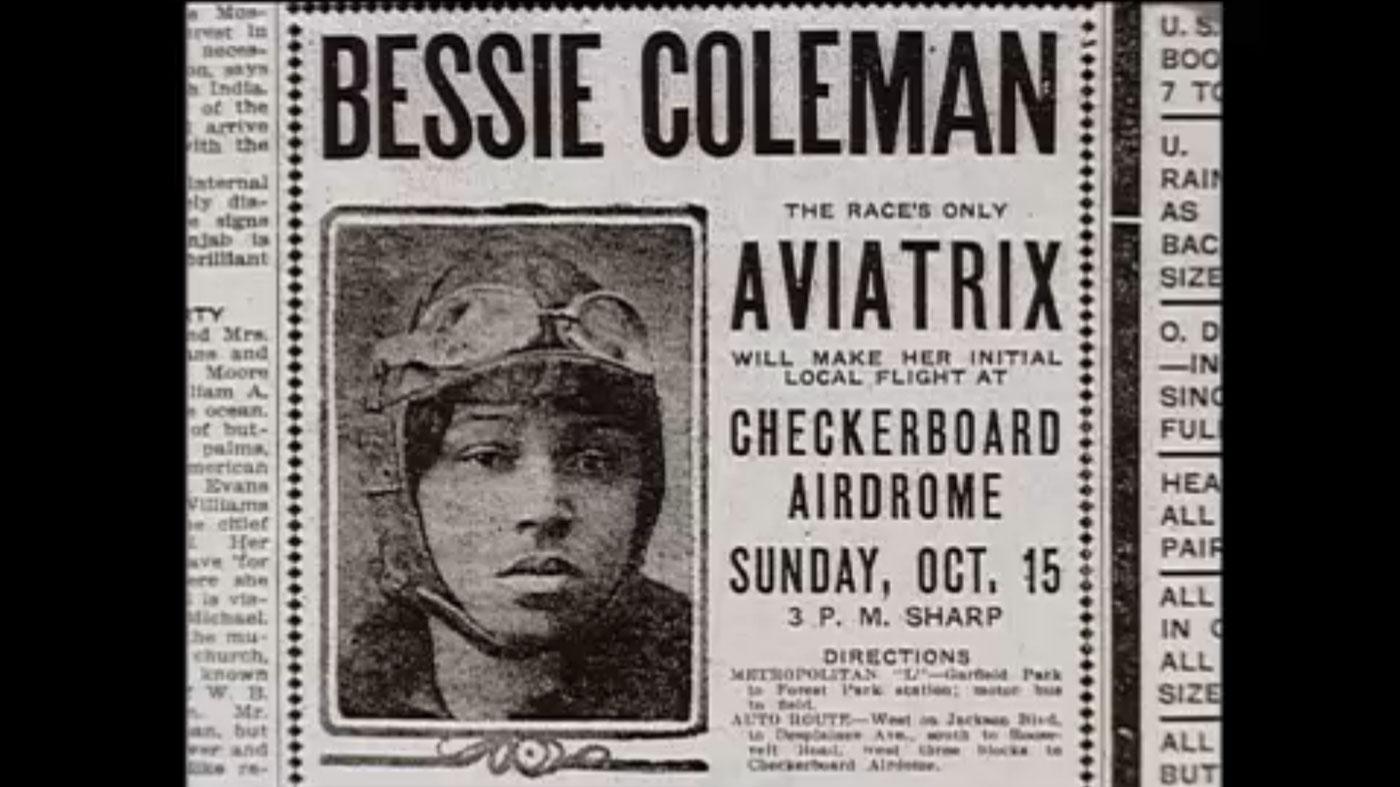 Before she could do that, she needed her own plane. For her exhibitions, she flew rented or borrowed planes, but she aspired to have her own so she could teach other African Americans to fly. In 1923, an Oklahoma company bought her one on the condition that she drop their advertisements from it while in the air. Coleman quickly crashed it, in Los Angeles, incurring a broken leg and ribs. After a period of recovery, she began to fly again and eventually raised enough money to buy another plane, a used one.

Once again, luck was against her – fatally, this time. While surveying the territory for an air show in Jacksonville, Florida on April 30, 1926 with a mechanic named William Wills at the controls, something went wrong – it’s been speculated that a loose wrench got caught in the gears. The plane nosedived. Coleman, who was atypically not wearing a seatbelt or parachute, was catapulted out of her seat to her death. The plane went on to crash into a tree, killing Wills.

Thousands of mourners processed past Coleman’s coffin when it was brought home to Chicago’s South Side. Beginning in 1931, for some two decades, black Chicago pilots flew over her grave in Lincoln Cemetery every year, dropping flowers. Also in the ‘30s, Coleman’s dream of opening access to African American pilots was furthered with the foundation of an airport in Robbins, south of Chicago, where black pilots could land without racist resistance. Over the ensuing decades, foundations named after Coleman sprouted up to support black pilots. O’Hare Airport has a Bessie Coleman Drive. A Chicago Public Library branch is named after her. A postage stamp honors her. And she continues to inspire pilots across the country for her bold and defiant ambition in spite of the racism and sexism she faced.

How did she do it? “I refused to take no for an answer.”

Learn more about the mostly forgotten history of African American aviation in Chicago.