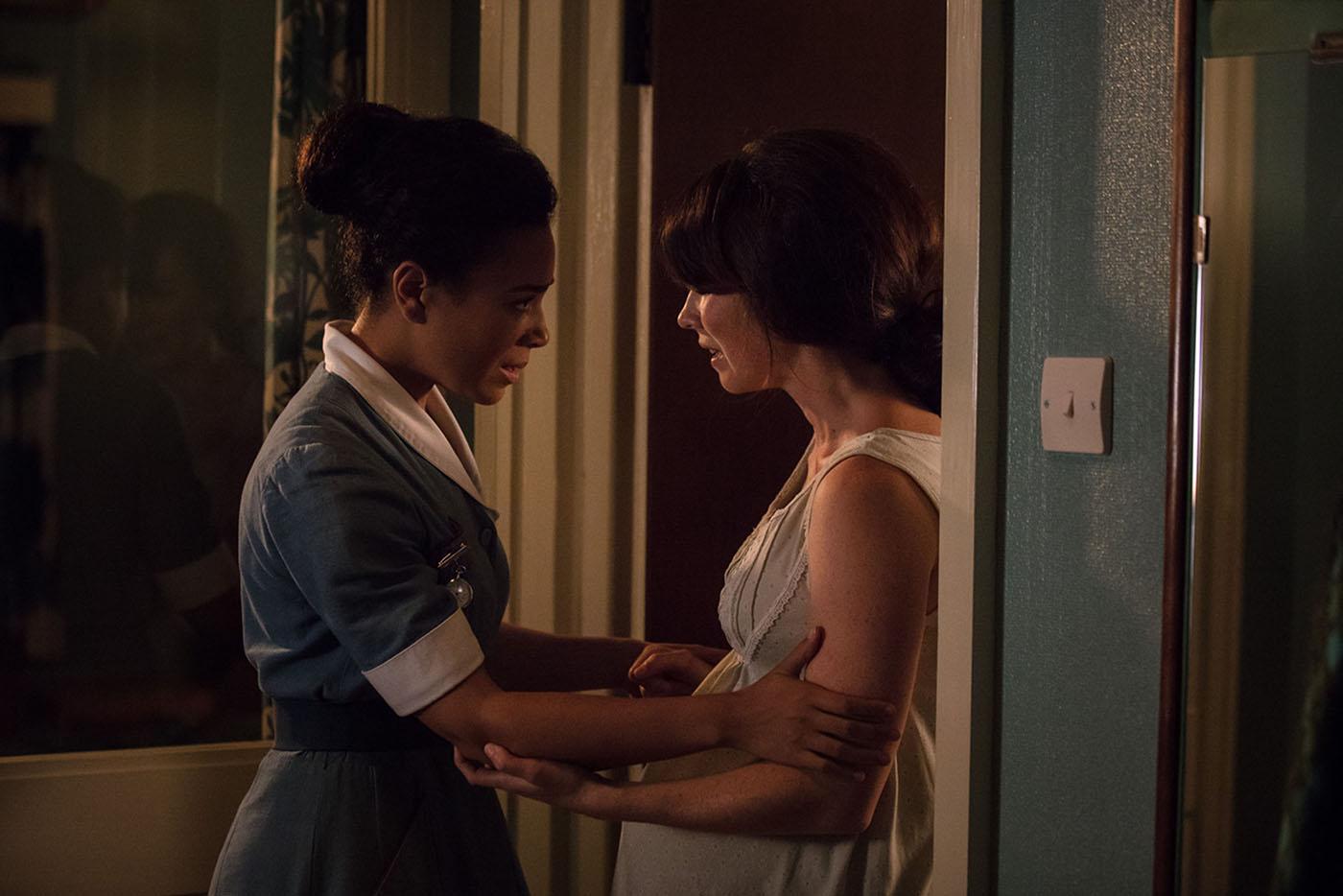 Eunice Dobson is terrified to give birth again and has panic attacks every time she thinks about it. Photo: Neal Street Productions

Fear is rampant in Poplar. Trixie is fleeing to her godmother’s house on the Italian Riviera out of fear of what might happen if she doesn’t take time off to deal with her resurgent drinking problem, and she doesn’t know when she’ll return. Whenever she does, Christopher – who drives her to the airport – will be waiting to welcome her back, as a friend, not a romantic partner.

A stowaway Nigerian sailor has inspired a more concrete fear, as he may have brought smallpox to the borough – but he has disappeared after an initial sighting. And overwhelming terror has crept into the Dobson home, though Eunice is trying her best to conceal it from her husband Kenny.

Kenny first learns something is wrong when he decides to meet Eunice at the clinic for a check-up. Eunice isn’t there, and the records say that she’s being monitored at another hospital – but she’s told Kenny that she’s been coming to the clinic. Clearly, neither is true and Eunice has been avoiding check-ups, so Lucille says she’ll stop by the Dobson home the next day. 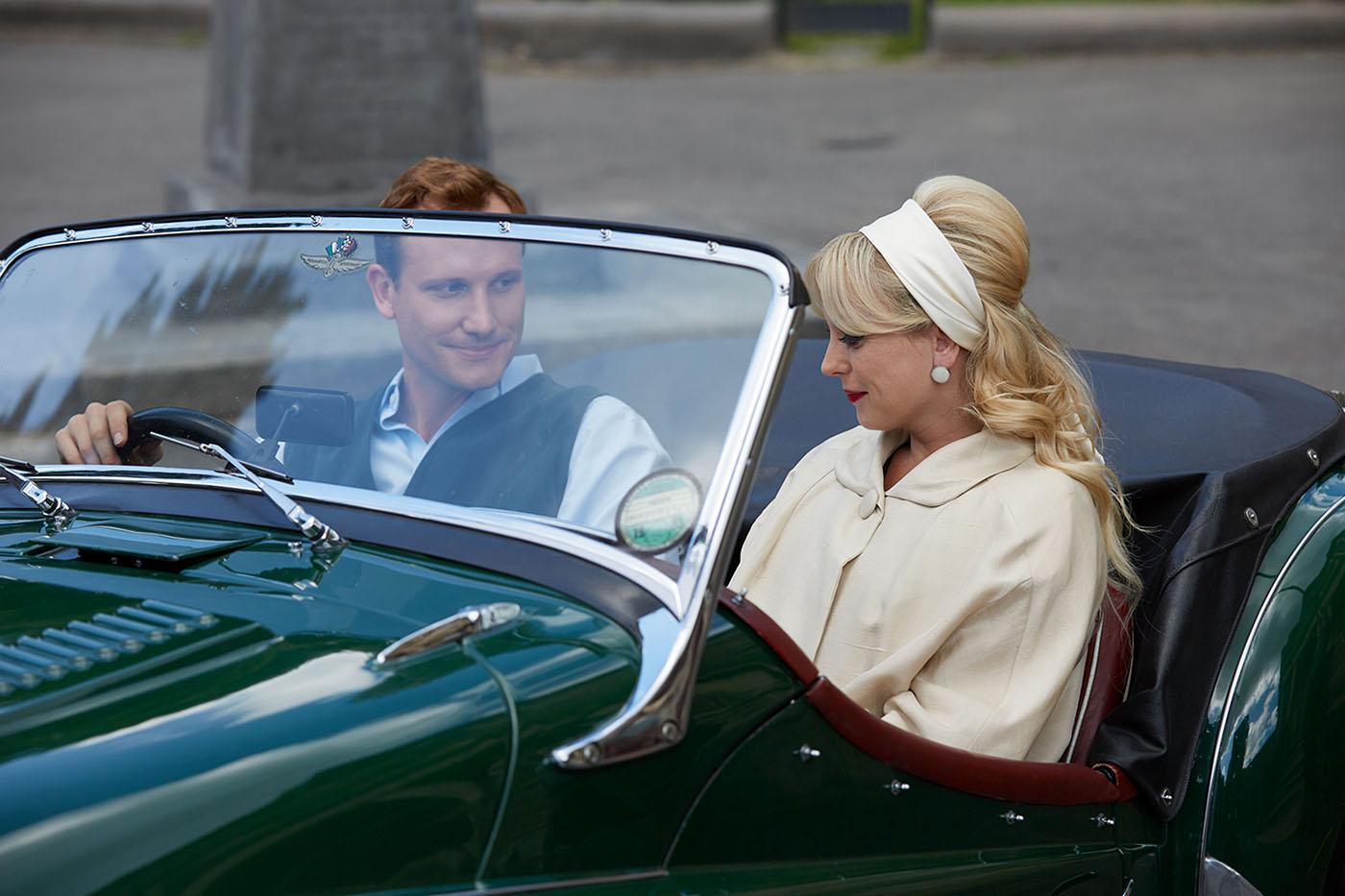 Trixie is taking time off to deal with her resurgent drinking problem, but a familiar face will return soon to take her place. Photo: Neal Street Productions

Eunice tells Lucille that she feels fine, and recoils when the nurse tries to examine her. She also refuses to plan for the birth or go to the hospital. Kenny decides to call in his mother, who comes to stay with the Dobsons until Eunice gives birth. When Lucille returns with Eunice’s mother-in-law, she gets Eunice to open up: her first baby had to be pulled out with forceps, and now she’s terrified of giving birth again, a condition called tokophobia. She even considered an abortion, but the thought of any medical attention is too much to bear.

Unable to comfort Eunice, Lucille goes to Doctor Turner for advice. They visit Eunice together and attempt to reassure her, but every time Eunice thinks about giving birth she has a panic attack – and she doesn’t trust medical professionals.

An iota of progress is at least made when Kenny sends his mother away – her dismissal of Eunice’s fear and excitement about a grandchild was only making things worse. But it doesn’t entirely solve the problem. When Eunice’s contractions start in the middle of the night, she locks herself in the bathroom. She will not go through giving birth again, and considers using Kenny’s razor to end things. 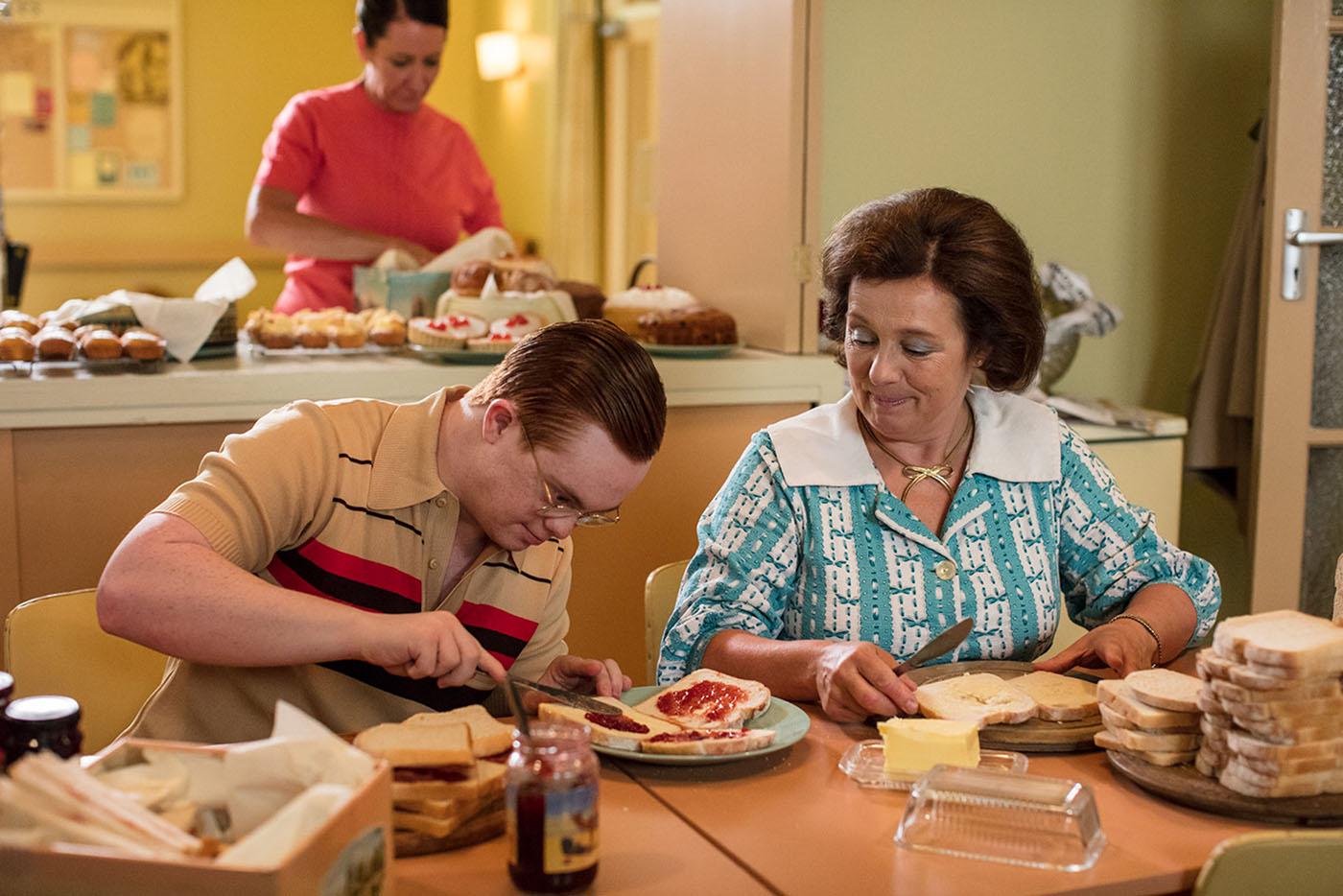 Poplar is afraid of a man who may have smallpox, but Reggie wants to help him. Photo: Neal Street Productions

After Lucille arrives, she finally convinces Eunice to open the door by explaining that the labor will be worse alone in the bathroom than on a bed with a midwife. Doctor Turner and Shelagh provide reinforcements, and Eunice gives birth to a daughter – no forceps or interventions needed.

While Eunice confronts her private fear, the rest of Poplar is nearly hysterical over the possibility of a smallpox outbreak. Ade Babayaro, the Nigerian sailor, wanders through the borough with his face and head covered after being discovered hiding on a German ship. He holes up in the seamen’s mission, staying in bed all day with the blanket pulled over his face.

But when another sailor drunkenly stumbles in, he wants to know what Ade is hiding and pulls the blanket off him. Confronted with the bulbous marks on Ade’s face, he screams smallpox, and Ade rushes out into the night to find a new hiding place.

News of the diseased man spreads quickly, and soon people are lining up at Dr. Turner’s office to demand a vaccination – but that can’t be distributed until the disease is confirmed as smallpox, so the residents are sent on their way and urged to stay calm until Ade is found. 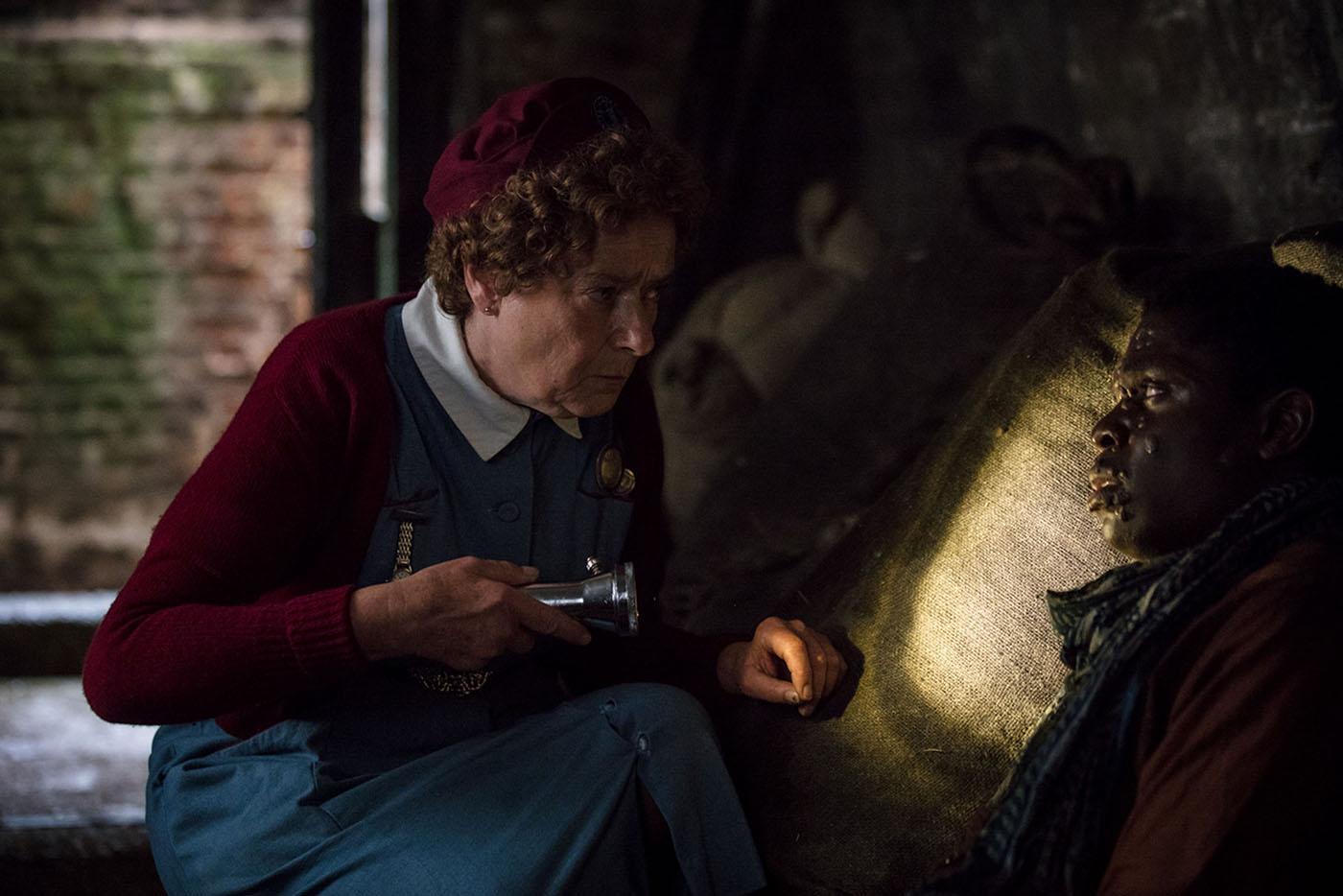 No one knows where he is, though. It takes the innocent Reggie, who is visiting Fred and Violet while they plan the annual Poplar picnic, to discover Ade. While bringing a loaf of bread to Fred, Reggie hears a cough through a sewer grate and glances down to find Ade. He goes to meet him, leaving the bread despite Ade’s warnings to stay away in case of infection. He promises to help the sailor and to not reveal his location.

After Reggie brings a cake to Ade, Fred and Violet question him and discover what he has been up to. Reggie doesn’t seem to have contracted smallpox, but he refuses to disclose Ade’s hiding place – he promised to keep a secret. Since all Reggie wants to do is aid his new friend, Nurse Crane convinces him that sharing his secret will help Ade more than keeping it.

Nurse Crane goes to visit Ade, who again shies away – he doesn’t want anyone else to get sick. But Crane doesn’t think it’s smallpox, so she sneaks Ade back to Nonnatus. He suffers from leprosy, now known as Hansen’s disease, which is curable and not contagious. There’s a special hospital that can treat and house Ade, though he’ll have to wait a bit for an opening.

For now, he’ll stay at Nonnatus, where Monica Joan befriends him. He explains how he was driven out of his home by conflict over oil and had to become a sailor to survive. The pair bonds over their common religiosity. When Ade leaves for the hospital, he gives her a cross and she hands him her bible.

The time of fear passes, and everyone is treated to a sunny picnic in the woods, made even happier by a surprise appearance: Barbara and Tom are back in Poplar, for good.