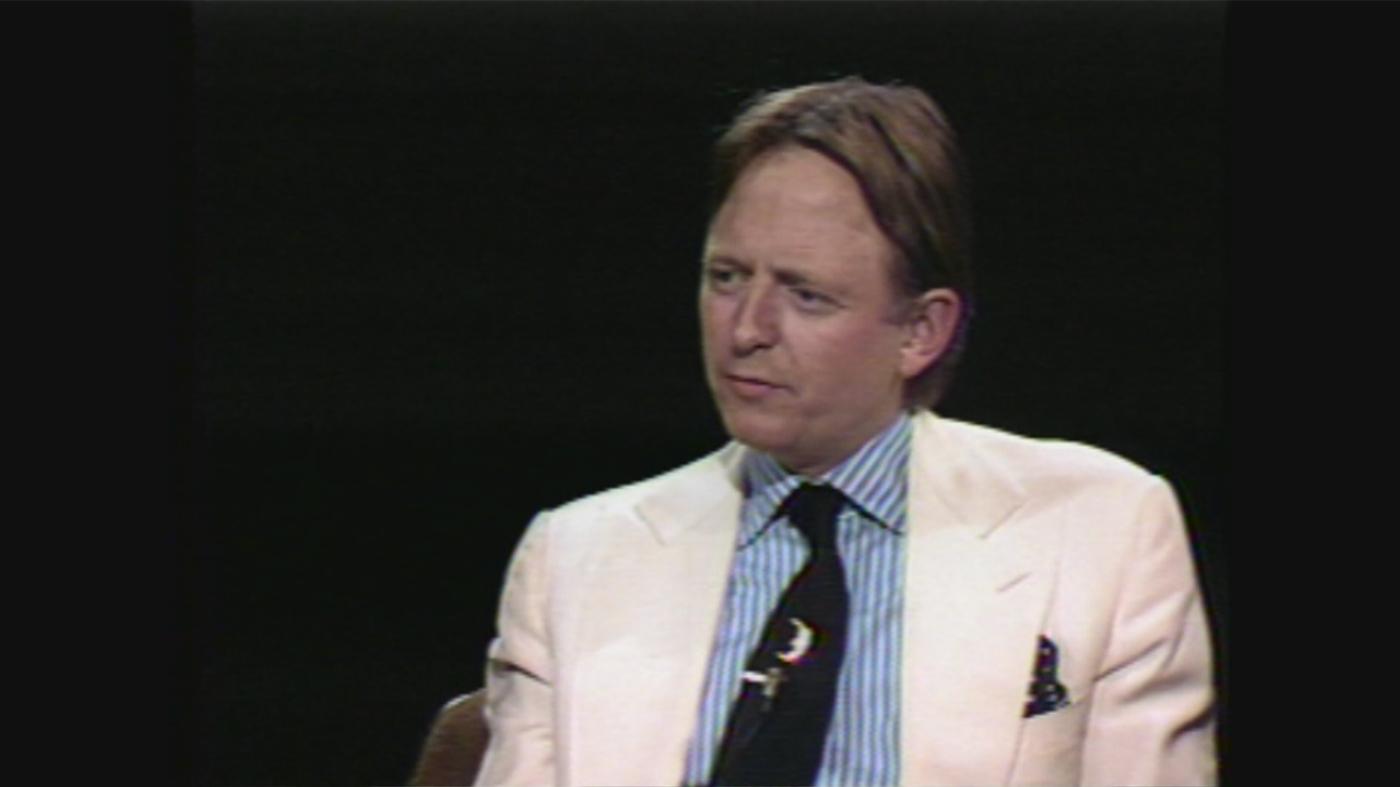 Tom Wolfe, the idiosyncratic writer who penned era-defining portraits of psychedelic hippies, masters of the universe, and pioneering American astronauts, died yesterday at the age of 88. Wolfe's flashy style first appeared in journalistic pieces such as The Electric Kool-Aid Acid Test, his book about Ken Kesey and his Merry Pranksters' adventures with LSD, in which he blended novelistic techniques with close-eyed social observation. This style led him to become a prime example of "The New Journalism," alongside Hunter S. Thompson, Joan Didion, and others.

Wolfe's keen chronicling of social milieus gave us several phrases still in use – "the 'Me' decade," "radical chic" – as well as bestselling novels such as The Bonfire of the Vanities and A Man in Full. The Right Stuff, his book about the first American astronauts, not only gained huge acclaim and popularity, but was also made into a 1983 film.

In 1976, Wolfe visited WTTW to talk to John Callaway on Callaway Interviews. They discussed Wolfe's trademark white suit, how hippie movements and the counterculture helped prepare the way for a surge of evangelicalism, and the hypocrisies of "culture."