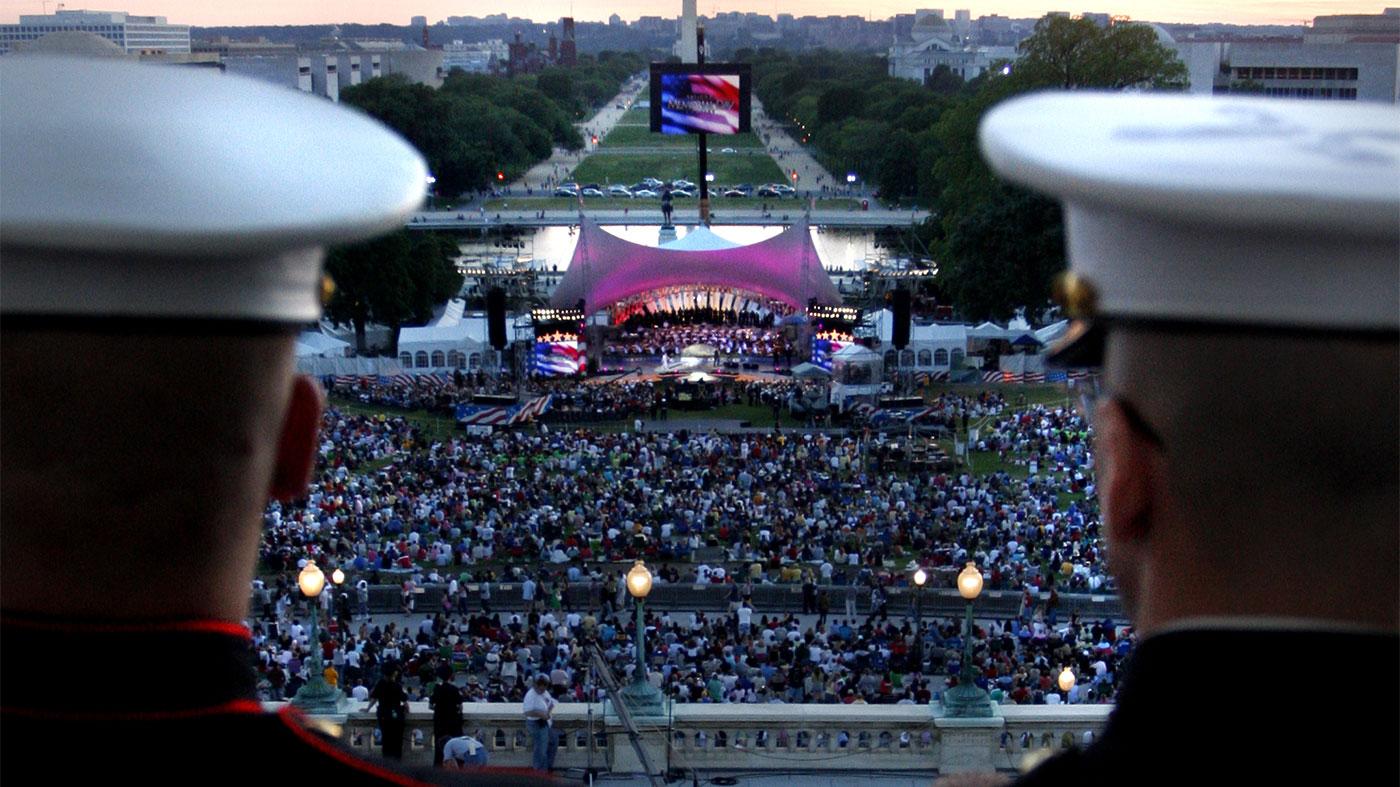 Depending how you measure such things, this year is the 150th official Memorial Day in the United States. While decorating soldiers’ graves is obviously an ancient tradition, after the Civil War commemorations of soldiers became much more widespread, and in 1868 General John A. Logan, who was part of an association of Union veterans, called for an annual national Decoration Day, which was eventually renamed Memorial Day.

Every year American troops are honored with a National Memorial Day Concert on the lawn of the Capitol, broadcast live by PBS on Sunday, May 27, the day before Memorial Day. Meet the performers in this patriotic special here. 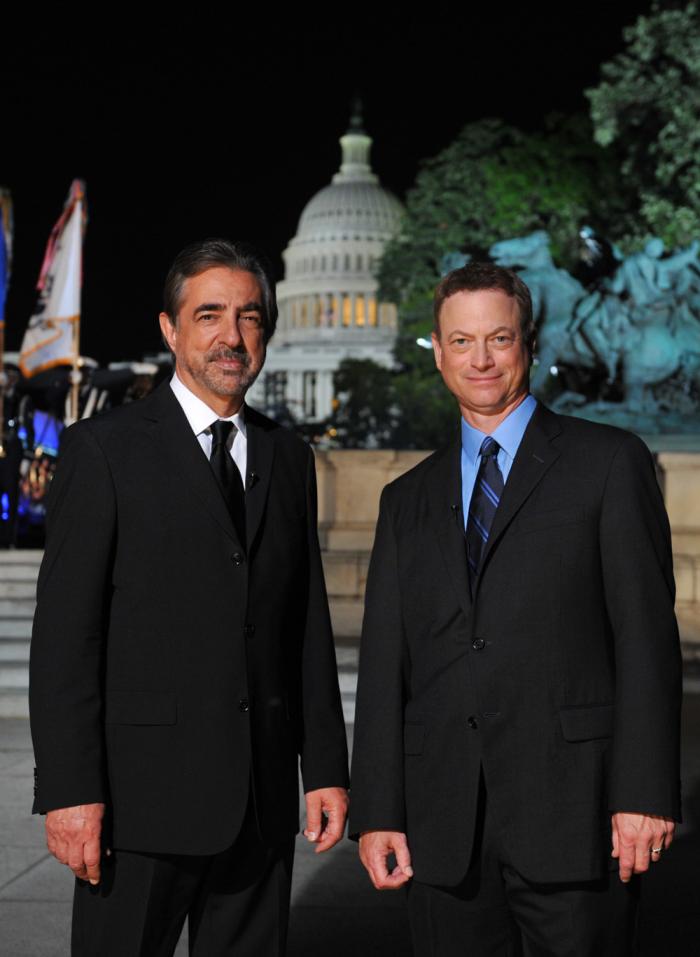 These two hard-bitten Chicagoland natives host the National Memorial Concert. Both actors got their start in Chicago’s theater scene –  Mantegna won his break in a production of David Mamet’s Glengarry Glenn Ross, Sinise co-founded the Steppenwolf Theatre Company – and later played cops on TV shows: Sinise on CSI: NY, Mantegna on Criminal Minds. Sinise also performs with his Lt. Dan Band, which performs for troops, veterans, and military families and is named for his memorable character in Forrest Gump. 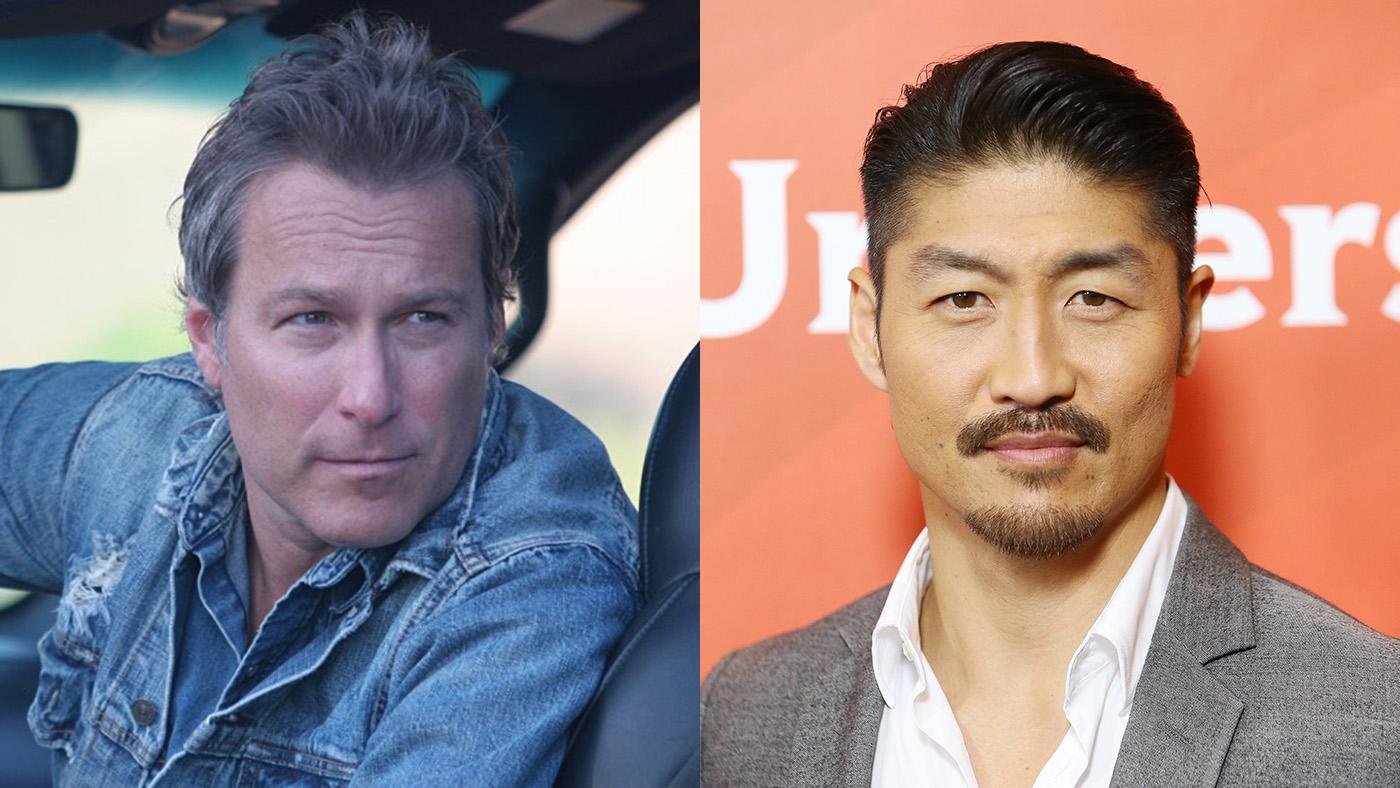 The two actors team up to honor Korean War veterans, including two friends who survived combat and being POWs together. You may know Corbett from My Big Fat Greek Wedding and Sex and the City, but he’s also a country music star. Brian Tee starred in The Fast and Furious: Tokyo Drift, and currently plays a doctor on Chicago Med. 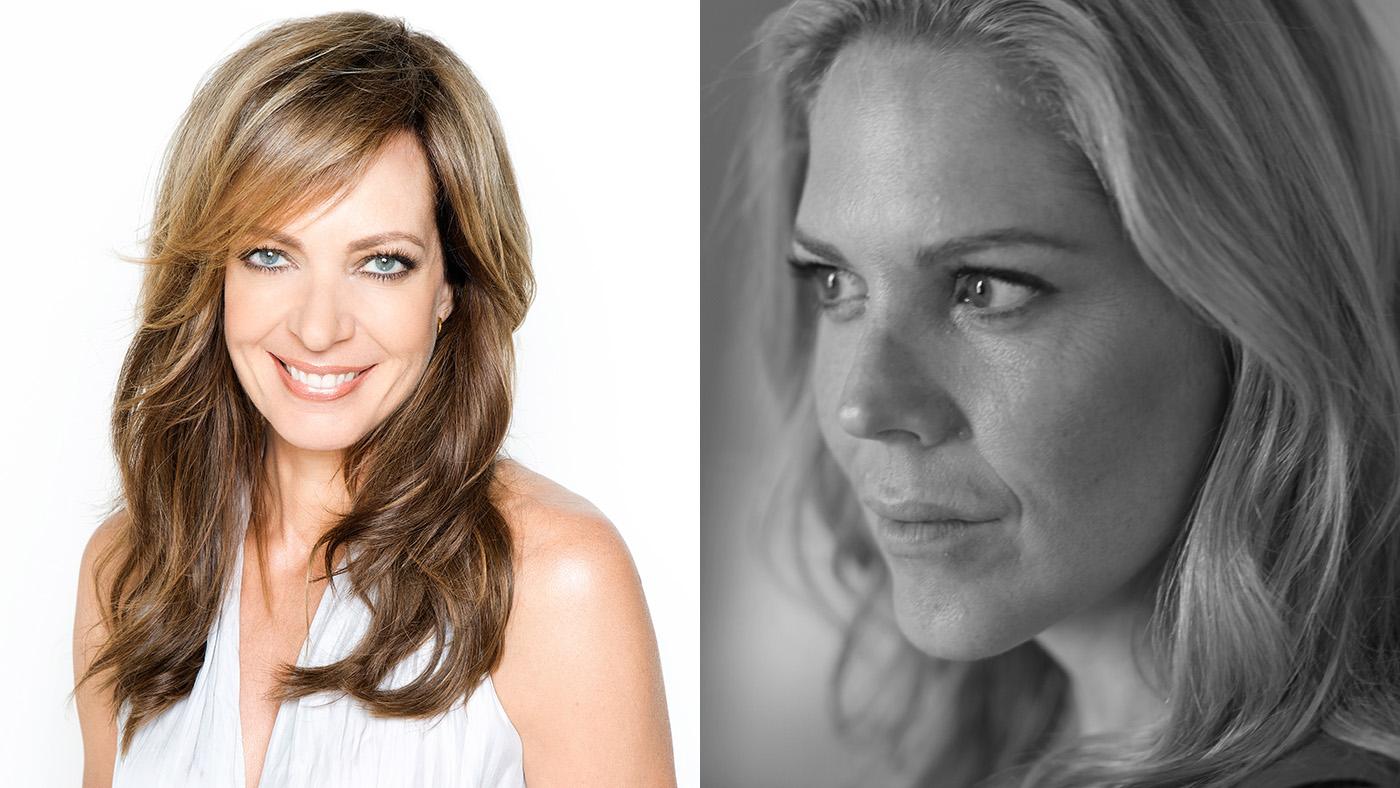 Janney and McCormack both starred in The West Wing, and return to Washington together to salute women in the military. Janney has appeared in numerous plays, movies, and shows, and just won the Academy Award for her role in I, Tonya. McCormack’s career is similarly wide-ranging, though less focused on the stage. 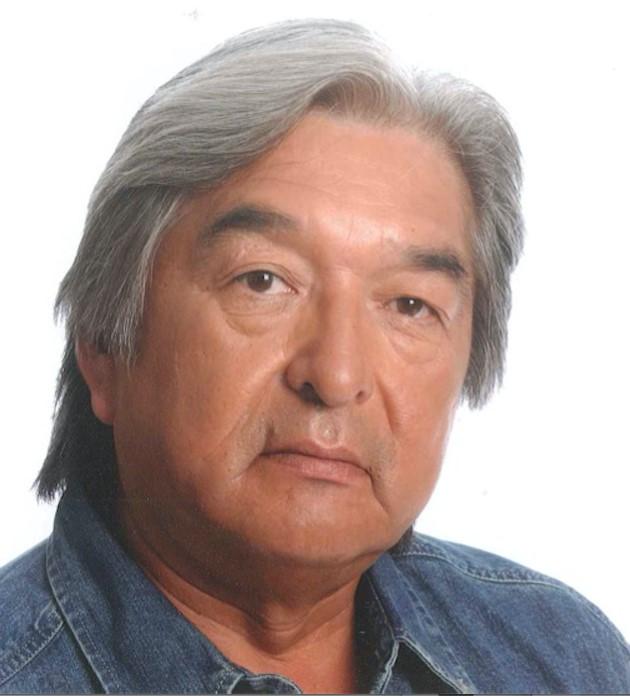 Greene narrates the story of a Vietnam veteran who now helps veterans dealing with post-traumatic stress during the National Memorial Day Concert. No, this is not the deceased English author, but the actor who was nominated for an Academy Award for his role in Dances with Wolves. 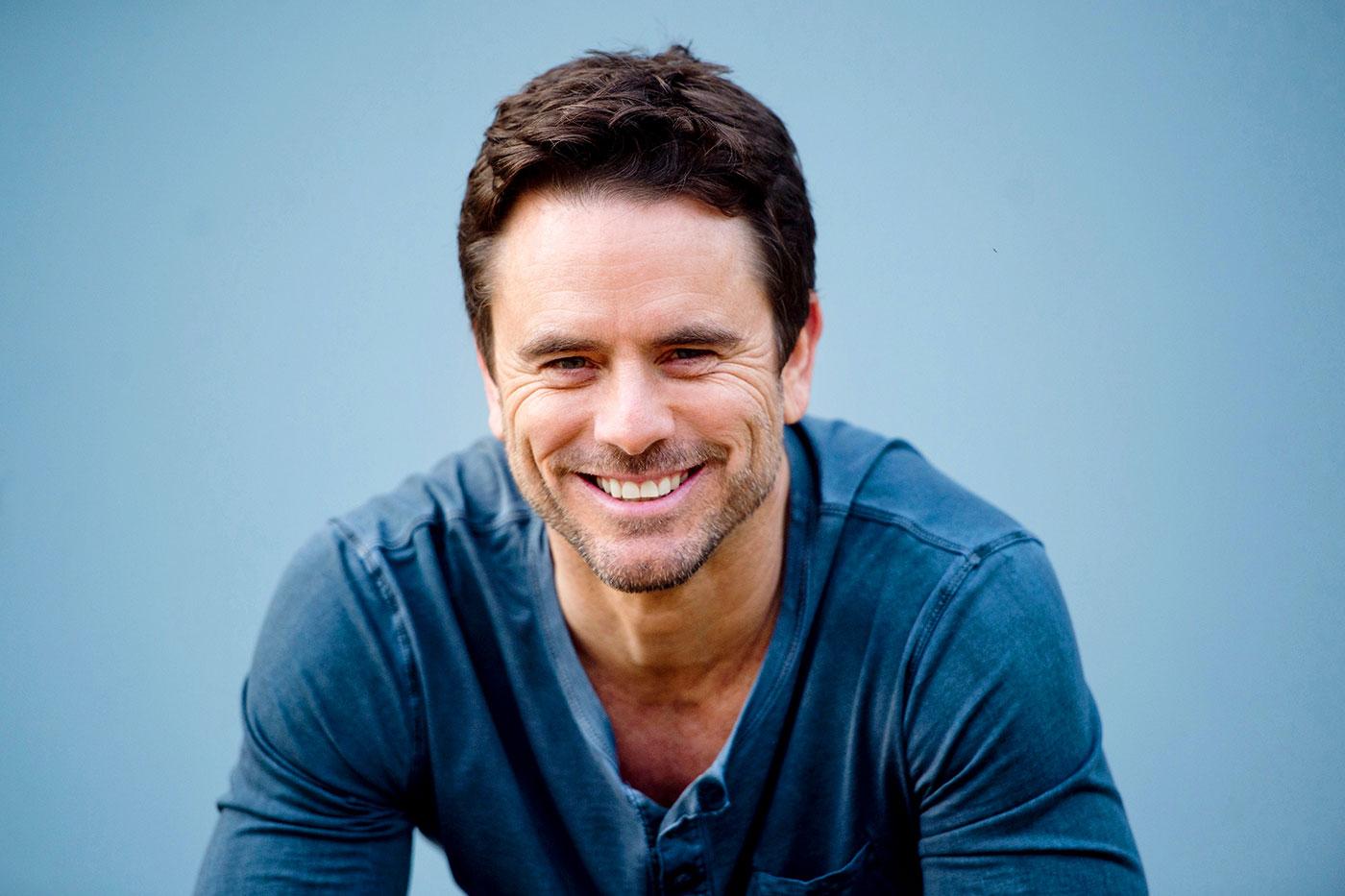 Esten is a triple threat: a country music star, a comedian who regularly appeared on Whose Line Is It Anyway?, and an actor who is most famous for his role on the TV show Nashville. 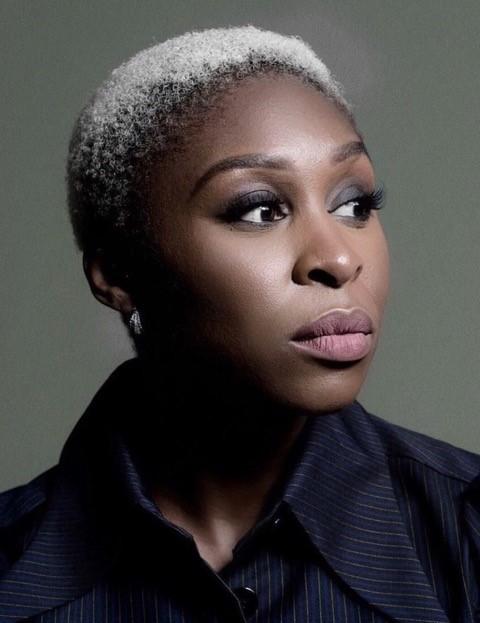 The young British actress and singer Erivo has so far made her name on stage, in the recent revival of The Color Purple and Sister Act. But she may soon break through on the big screen, as she is starring in the upcoming Steve McQueen-directed, Gillian Flynn-written film Widows, alongside Viola Davis. 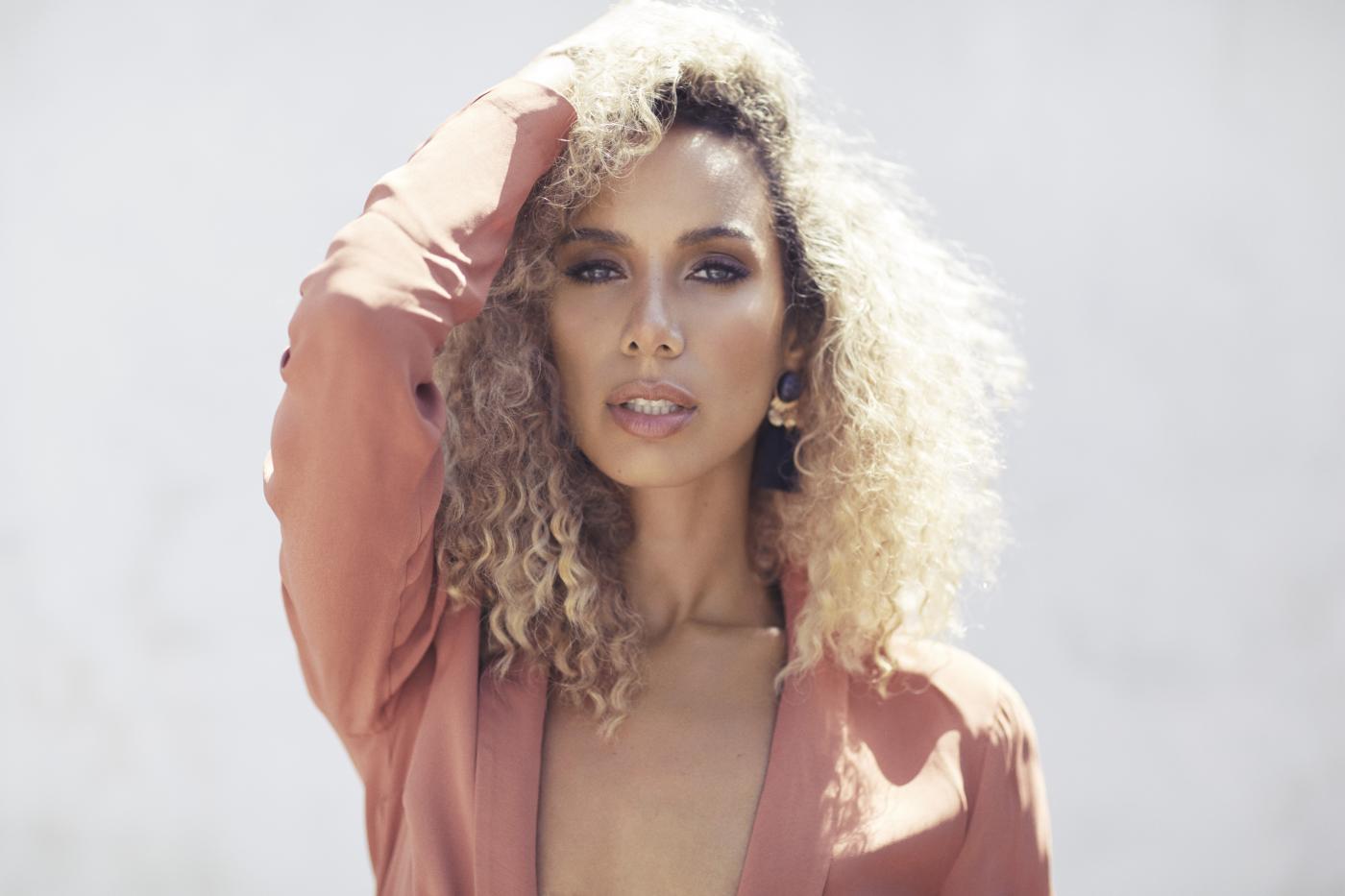 Lewis is a British singer-songwriter who first achieved fame on The X Factor, then topped the charts and wormed into every heart with her smash hit “Bleeding Love.” She has recently moved onstage, starring in a production of Andrew Lloyd Webber’s Cats. 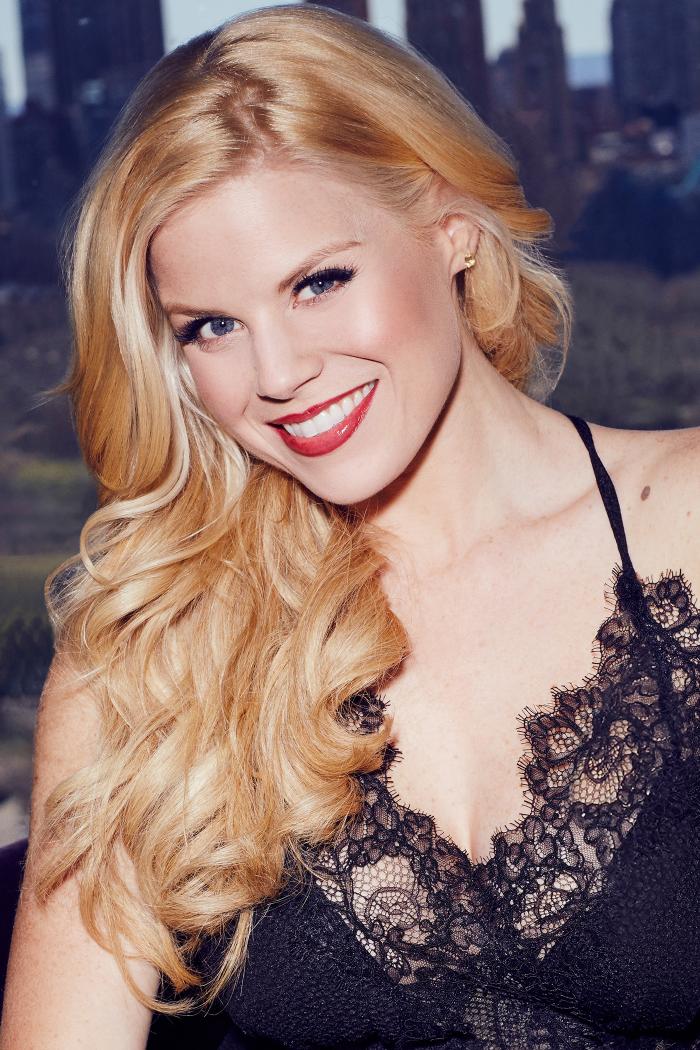 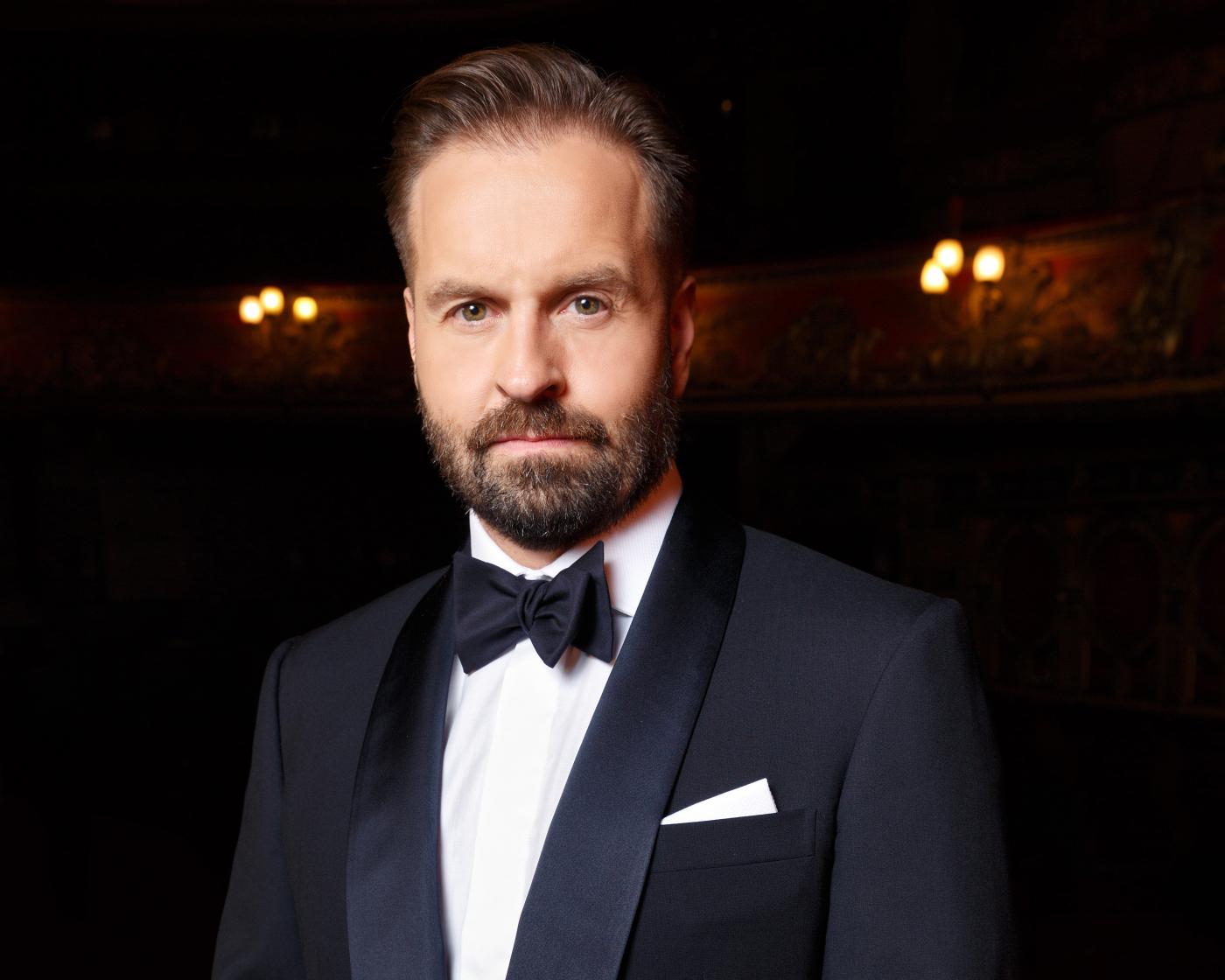 Boe is a star tenor who is best-known for playing Jean Valjean in Les Misérables – you may have also seen him in the huge 2010 televised concert for that musical’s 25th anniversary. 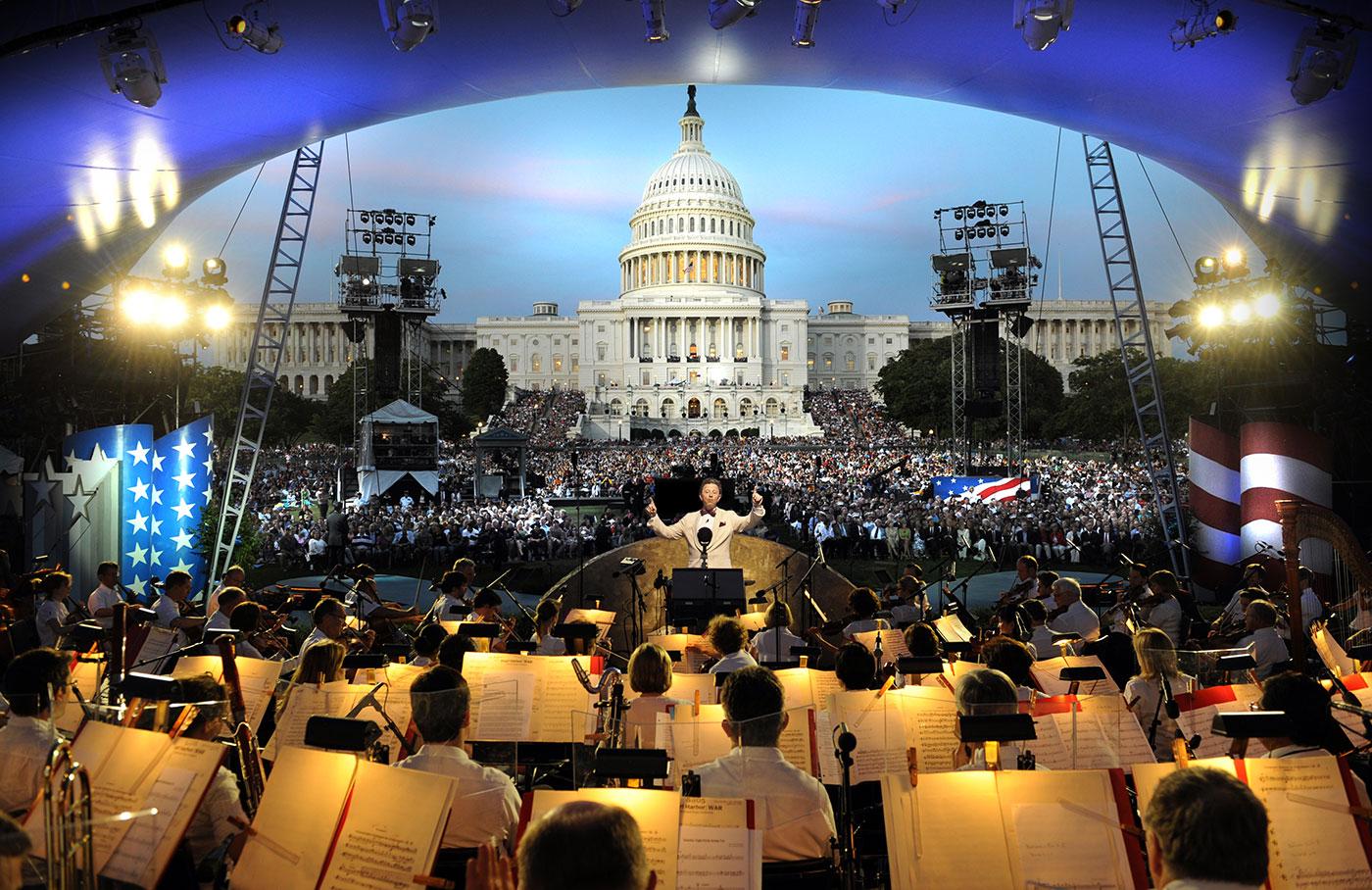 The evening is rounded out by Washington’s National Symphony under the baton of Jack Everly, who is in demand around the world as a pops conductor. 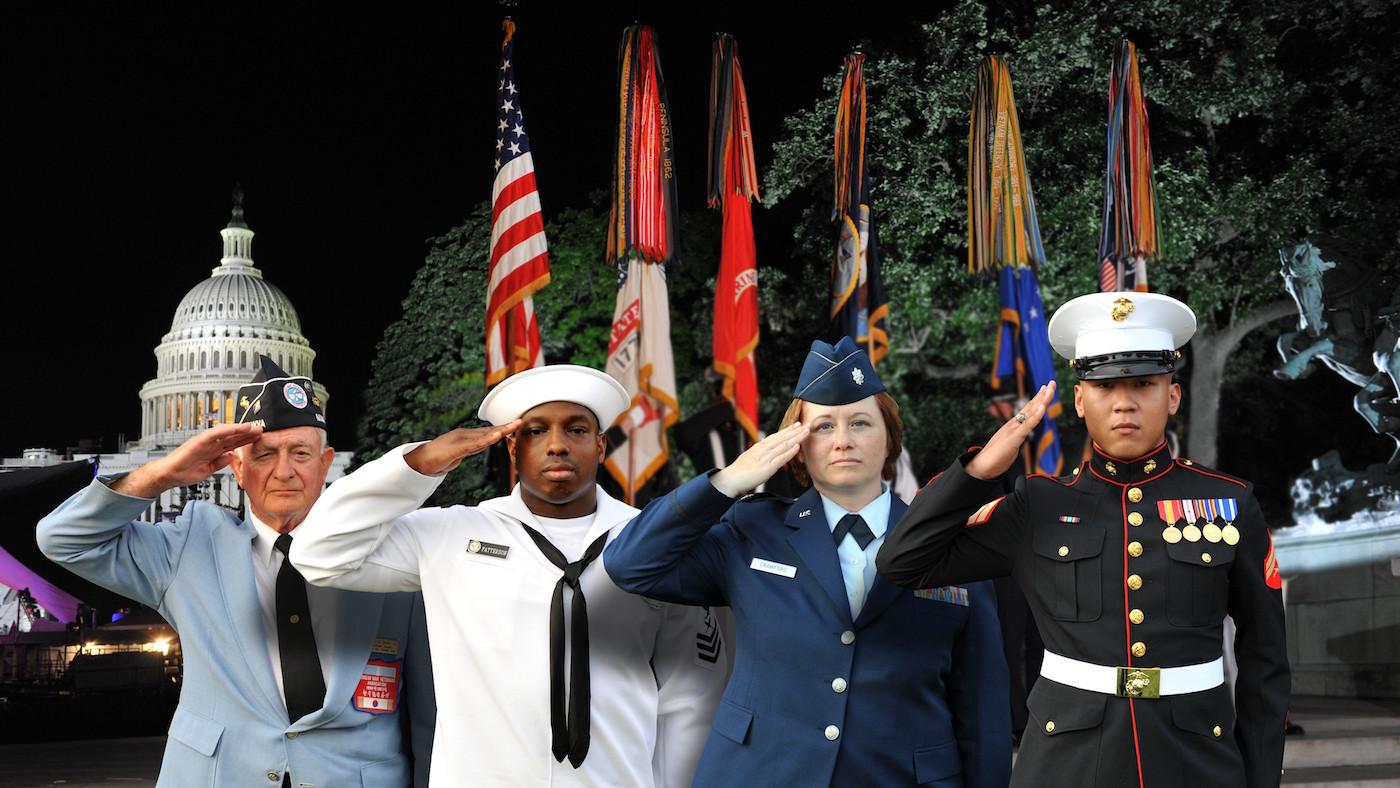 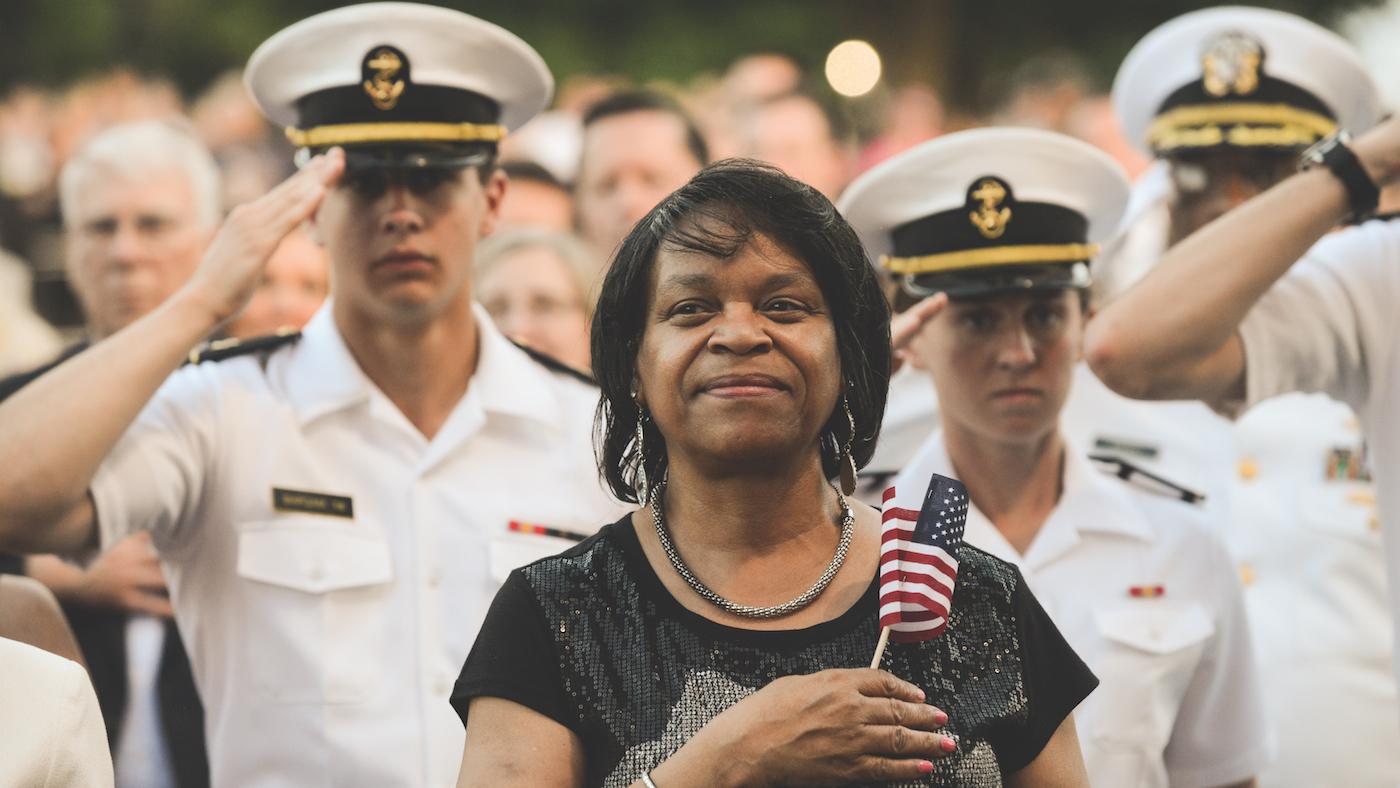 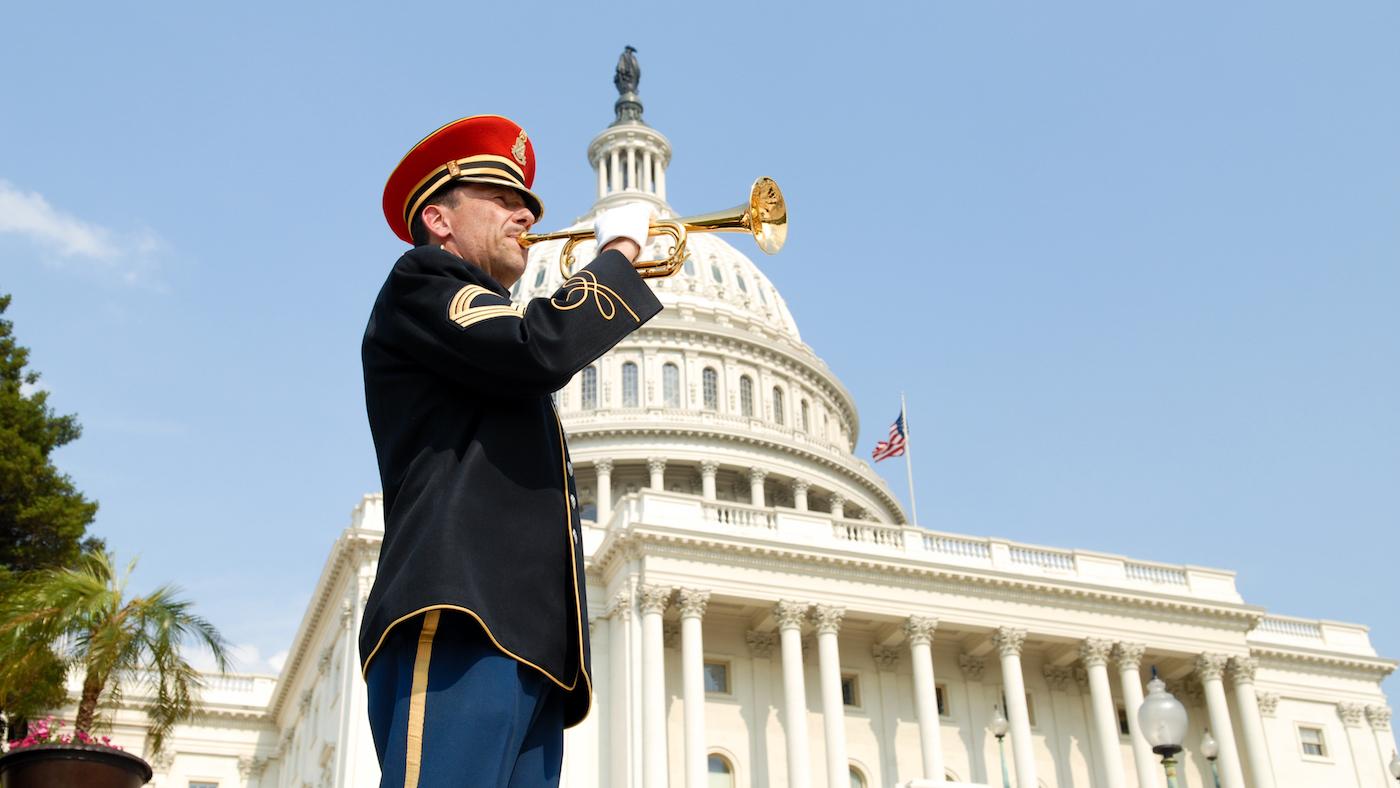