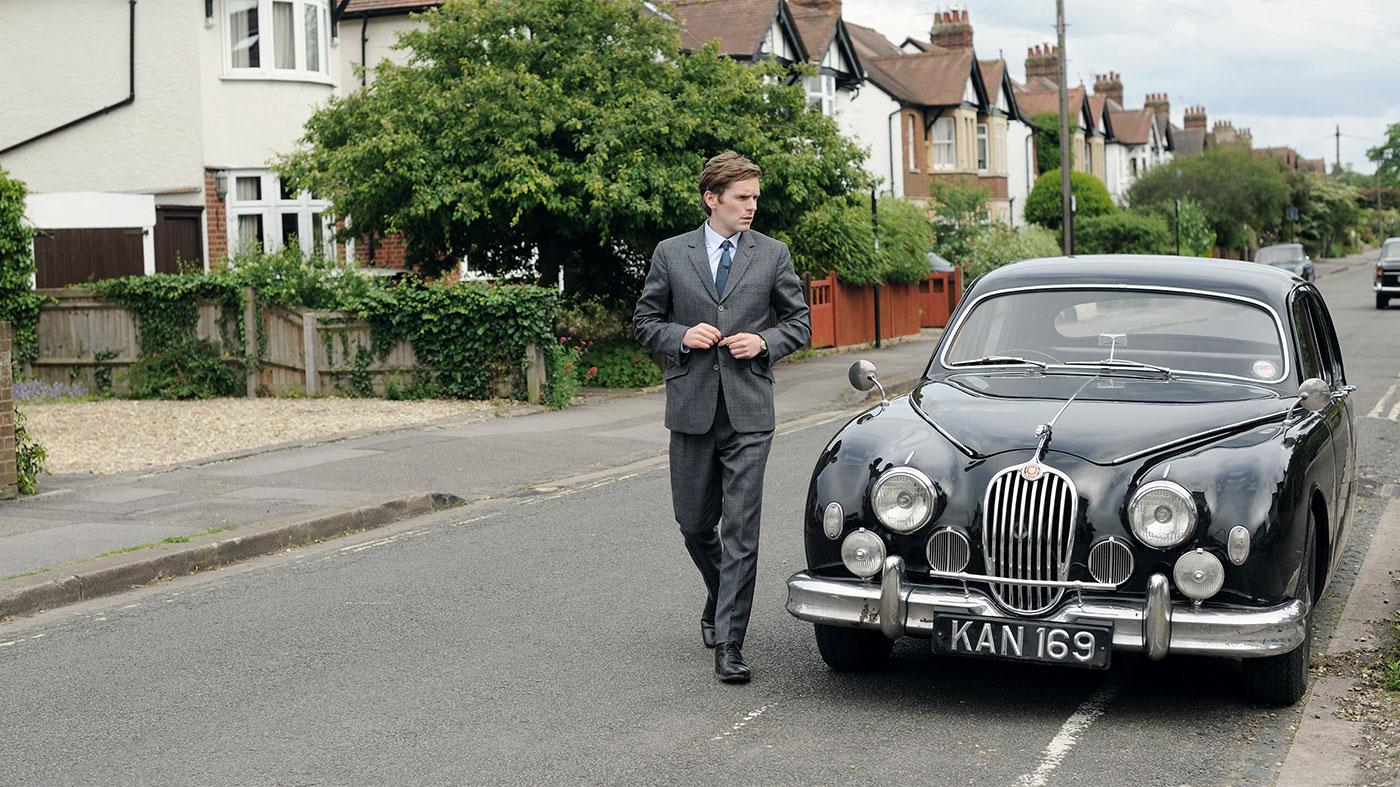 When some movie stars come to Oxford Hollywood-style intrigue ensues, while Morse has his own smaller-scale domestic embarrasments to deal with. Photo: ITV and MASTERPIECE

The past is never past; it can even seem like a curse. Emil Valdemar served in the Middle East and North Africa during the First World War, and that ancient land has been a focus of his career in the five decades since: he’s a movie star and producer known for his mummy flicks. The long immersion in Hollywood Egyptology has led to some internalization of the myths, and he now believes his first film may have been cursed. Everyone involved but him has died, many in accidents, plus the studio’s use of bona fide artifacts for filming did anger many Egyptians.

The unexpected death of Ronald Beavis in his Oxford flat after he saw a screening of one of Valdemar’s movies does give the films a superstitious air, especially since Beavis was a night watchman at a museum with an Egyptian collection. A receipt in his jacket shows that he ordered a meal from Brown’s Café, but the postmortem shows that he never ate it. Brown’s owner and his daughter say they never saw him; but that’s because they’re being shaken down by the gangster Eddie Nero and want to avoid the police.

Nero’s name keeps popping up: he’s the owner of a multi-family complex rented by Indian migrants that gets set aflame, as well as of a public advice center that suffers the same fate after being targeted by brick-throwing white supremacists. Joan worked at that center, so she is put in awkward contact with both her father and Morse.

Nero’s troubles deepen when his man who collects payments from Brown’s is stabbed and dies by the café. The proprietor again refuses to admit to paying Nero, though his daughter subtly confirms it to Morse and Thursday. The web of connections deepens: both she and Nero are involved with the theater where Ronald Beavis saw an Emil Valdemar film just before his death. The daughter is dating the theater’s assistant manager, while Nero is associates with the theater owner’s son, who wants to sell the place for development, despite his father’s desire to keep it open.

So is Beavis’s death related to the theater, or was it the natural demise of a late-middle-aged man? Nope, he was poisoned by strychnine via an orange juice he drank at the theater (a stain on his shirt revealed the strychnine was in the juice). The organist at the theater – it’s an old-fashioned movie palace with a keyboard that rises from the stage during intermissions – says he saw Beavis in the lobby during the film, then saw him talking to someone on the fire escape.

Meanwhile, Morse meets an attractive woman on the street and ends up sleeping with her. Awkwardly enough, it turns out she’s Thursday’s niece Carol, visiting Oxford with her mom and rambunctious dad. Unaware of their previous rendezvous, Thursday’s brother foists Carol off on Morse while he, Thursday, and their wives go to a nice dinner where Thursday agrees to give his brother a loan. 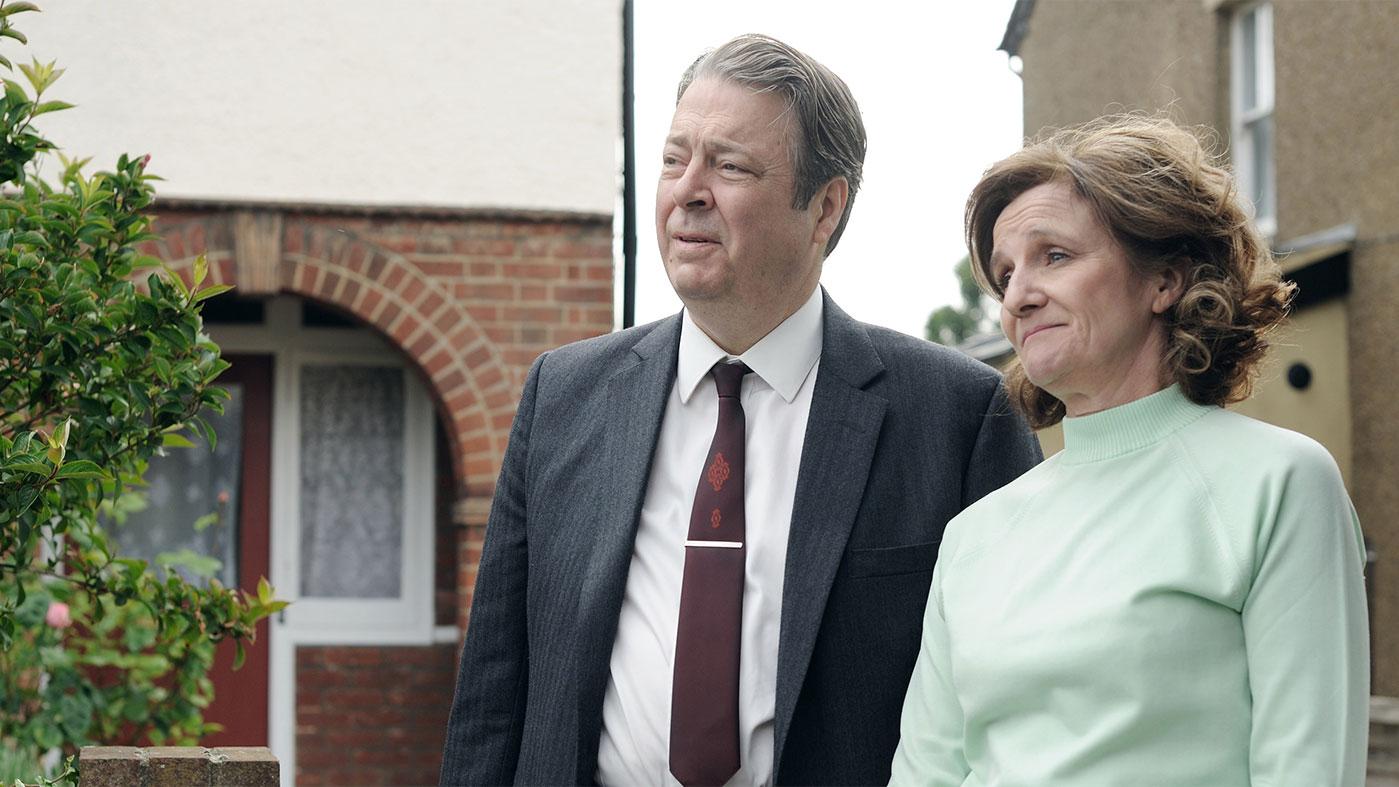 Morse enters into an awkward new relationship with the Thursday clan without realizing it through the person of Thursday's niece, Carol. Photo: ITV and Masterpiece

Now that he knows Carol is a Thursday, Morse is standoffish and boring around her, until he finally relents and takes her to the theater for a screening of a Valdemar film attended by the star himself. It’s an eventful evening. The screening is disrupted by loud protestations about the denigration of Egyptian culture from Dr. Shoukry, the Egyptian specialist at the museum where Beavis worked. While the theater’s manager Armand De Vere interviews Valdemar during the intermission, the organ unexpectedly rises out of the stage, the organist slumped lifeless on its keyboard.

While the police try to sort things out, De Vere gives Valdemar a token of appreciation from the theater. Except when Valdemar opens the box, it contains not the intended watch but a scarab, a symbol of Akhenaten. Valdemar is frightened and insulted, and pushes it away. When Morse and Thursday ask him if he met the organist before his death – Valdemar’s signature was found in his autograph book – Valdemar says no; even though it’s his signature, he would never draw Akhenaten’s cartouche next to it, given his belief in the curse.

Morse and Thursday bring the scarab to Dr. Shoukry, who identifies it as stolen from the museum. Beavis’s prints are found on it, so he must have pinched it. Did the curse claim Beavis and the organist, too?

The organist was actually poisoned by a cyanide capsule tucked into the olive in his martini. That martini was made by Ken, the assistant manager, and seems to have been meant for Valdemar – except Valdemar famously doesn’t like olives. As Morse flips through the organist’s autograph book, he realizes that it couldn’t have been the organist’s – he worked on cruise ships at the time some of these stars were alive in England, so he couldn’t have gotten their signatures.

The organist must have recognized the person Beavis was talking to on the fire escape and realized that something illicit was happening: Beavis was selling the stolen scarab to the person, who must have been an employee of the theater. The organist then tried to blackmail that employee, who killed him. Which employee? The autograph book must be theirs, and the signatures are oddly placed, as though the person holding it had only one arm – the theater’s doorman, Gordon.

What’s with the poisoning? Gordon is trying to get to Valdemar, whom he served under during World War I. Valdemar, looking for valor, made a foolhardy decision that got everyone in Gordon’s regiment except Gordon killed, including his brother (that’s also how he lost his arm). As Morse and Thursday deduce all this, Eddie Nero calls in a favor of De Vere, the theater’s manager: burn the place down, so it can be developed, per the wishes of the theater owner’s son. And Gordon calls Valdemar to the theater at the same time with a note referring to the curse.

So a showdown occurs as the theater begins to burn. Gordon shoots De Vere when the manager finds Gordon revealing to Valdemar their shared history. Morse and Thursday then intervene; Valdemar is whisked to safety; Gordon perishes in the burning building. The scarab is returned to the museum, the past is laid to rest, and the curse is lifted.