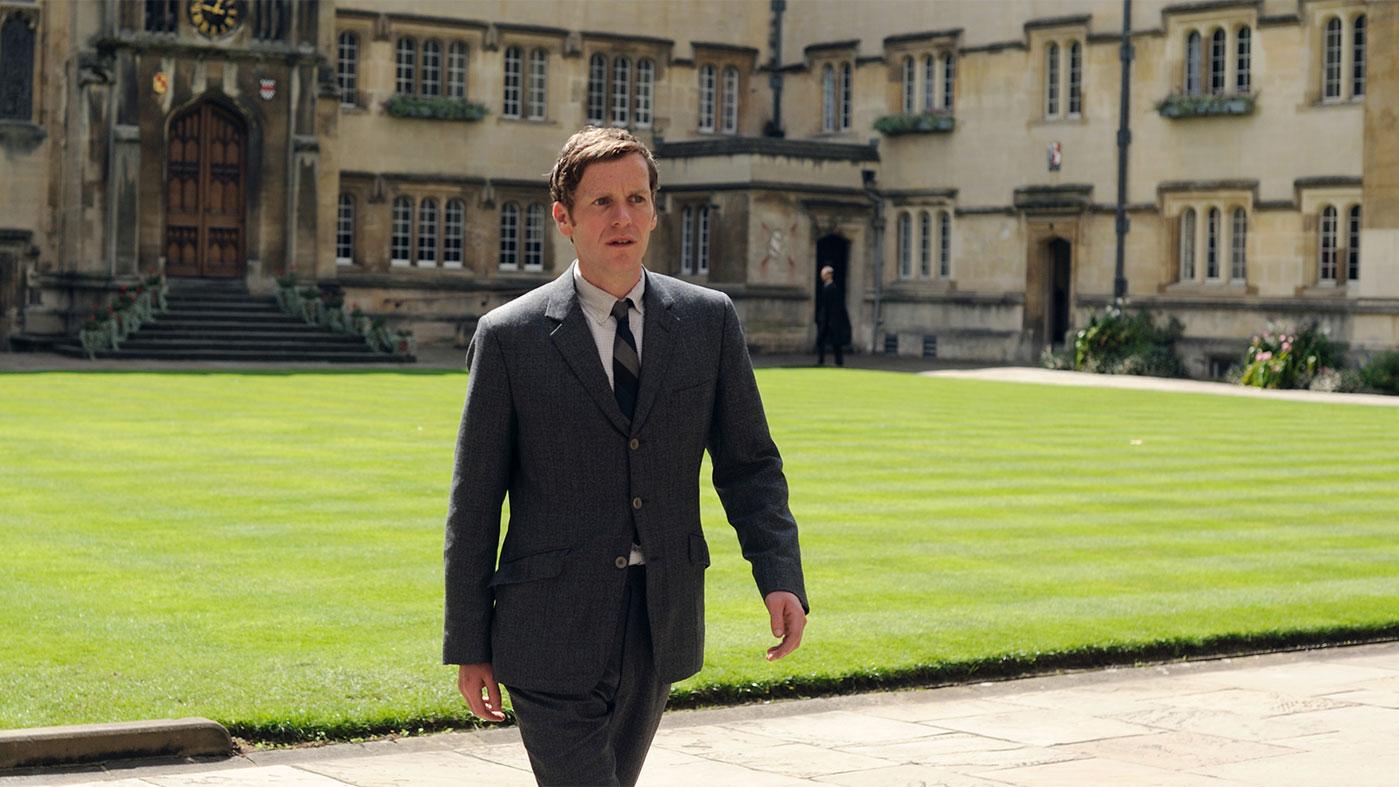 Young men crowd around a window in the middle of class, an unusual breach of discipline on a military base. The visiting lecturer pauses his discussion of military history, chides the cadets, and looks for himself, then turns away and closes the blinds.

On a base full of hormonal boys and not a single woman, it’s not surprising that the appearance of three alluring models causes such a fuss. What is surprising is that one of the models disappears when they’re getting ready to leave after their photo shoot on a section of the base used for war games. A quick search turns up her body, a stab wound in her back. As far as anyone knows, the only people around were the photographer, the other models, and the three soldiers assigned to oversee the shoot, one of whom is Thursday’s son Sam.

A cap badge is found by the model’s body, but both Sam and his buddy Oswald are missing theirs; Oswald lost his beret, too. Soon enough, DC Fancy finds Oswald’s cap in a minefield, stained with blood. Oswald is arrested, despite his protestations that he’s innocent. He does admit that the model, Jean, kissed him when he went to relieve himself in the woods, but she was suddenly spooked by a noise, slapped him, and left. He must have lost the beret then.

Jean was a complicated figure. Her name was a pseudonym – she’s actually the daughter of a notorious racist and fascist, whose widowed second wife, Lady Bayswater, continues to advocate for the closing of borders and white supremacy. Lady Bayswater tells the police that her stepdaughter was a bit wild, and had been engaged multiple times to “inappropriate” men, probably to anger her father. When Jean died, she was on both uppers and downers, apparently a typical cocktail for modeling work. And Oswald wasn’t the only one who got a kiss – Sam tells Morse she kissed him too.

DS Strange is convinced it’s Oswald, but Morse isn’t too sure. The discovery of the bayonet used to murder Jean in the base’s bathhouse, which only Sam and Oswald searched, lends credence to Strange. But Fancy thinks it’s too simple – why hide the murder weapon in such an obvious place unless you wanted to get caught?

Morse searches through old gossip columns to learn more about Jean, and discovers that she was engaged to the military history lecturer a decade ago, while they were both students. Dr. Laidlaw is surprised to hear Jean was the one murdered, and says he was at the mess hall when she was killed – Lt. Col. McDuff can confirm that.

Turns out McDuff is a bit unhinged. Morse returns to the base at night to look around more and discovers a random small screw near where Jean was killed. When he spots movement, he goes towards it – and is suddenly in a stranglehold, a knife pressed to his back. Only when McDuff sends up the alarm and other officers appear to convince him Morse is on their side does the Lt. Col. release Morse. McDuff is a war hero suffering from PTSD – he’s not too trusting.

The next day, the photographer from the fashion shoot is found dead on the base, shot in the back by a pistol. Only one pistol is signed out of the armory. By who? McDuff, who says he thought he returned it.

Meanwhile, Sam insists to his father that Oswald is innocent. He at least couldn’t have killed the photographer, since Oswald was in custody at the time. Thursday’s other child is wrapped up with the police, too: Joan was protesting outside a salon that refuses to serve “colored” people when the demonstration turned violent. She wants to accept the police charges, but Strange clears her thanks to her father.

In regards to fathers, apparently Jean may not have been Bayswater’s legitimate daughter. There’s a rumor that her mother had an affair with a military officer; her father was openly cheating with the current Lady Bayswater at the same time. Two officers at the base where Jean was murdered were frequent guests at the home of Jean’s mother’s parents, and one does admit to being close to her – but he never knew for sure whether Jean was his daughter or not. Was he involved in the murder?

Or was it Jean’s Nazi sympathizer stepmother? Forensics reveal that the bayonet that killed Jean was an antique German model from World War II, as was the pistol that shot the photographer. Lady Bayswater had met Hitler and admired him, so might have German weapons. Perhaps she killed Jean to get her inheritance?

When Lady Bayswater’s valet reveals letters Jean wrote to him that tell about her most recent lover, a man named Marcus who has debated Bayswater over immigration and led the protests against the salon, that seems to provide another motive for Bayswater. Morse questions the salon owner for any leads, and learns that a man bought every blow-up she had of Jean (women often wanted their hair styled like Jean’s.) Morse follows a hunch, and discovers that the military lecturer Laidlaw has been telling his students he’s married to a model – he even cut out photos of her to make it look like he had portraits of the two of them – and is a collector of antique military weapons, including a lot of Nazi gear.

Morse goes to the base to confront Laidlaw, who flees with a rifle and begins firing at Morse. Laidlaw saw Jean kiss Oswald, then in his fury at being rejected by her – she slapped him, knocking the screw loose from his glasses – he stabbed her. As a white supremacist, he framed Oswald for the murder. He later went back to the base to search for the screw from his glasses, so as not to leave incriminating evidence, and ran into the photographer, who had returned to find out what happened to Jean. Laidlaw shot him to cover his tracks.

Laidlaw is about to kill a cornered Morse when McDuff appears. His heroic interruption leads to him getting shot point-blank but allows Morse to escape. But Laidlaw fires off another shot that skims Morse’s forehead, knocking him down. It looks like he’s done for, until Laidlaw steps into a mine field. The Nazi sympathizer is no more.