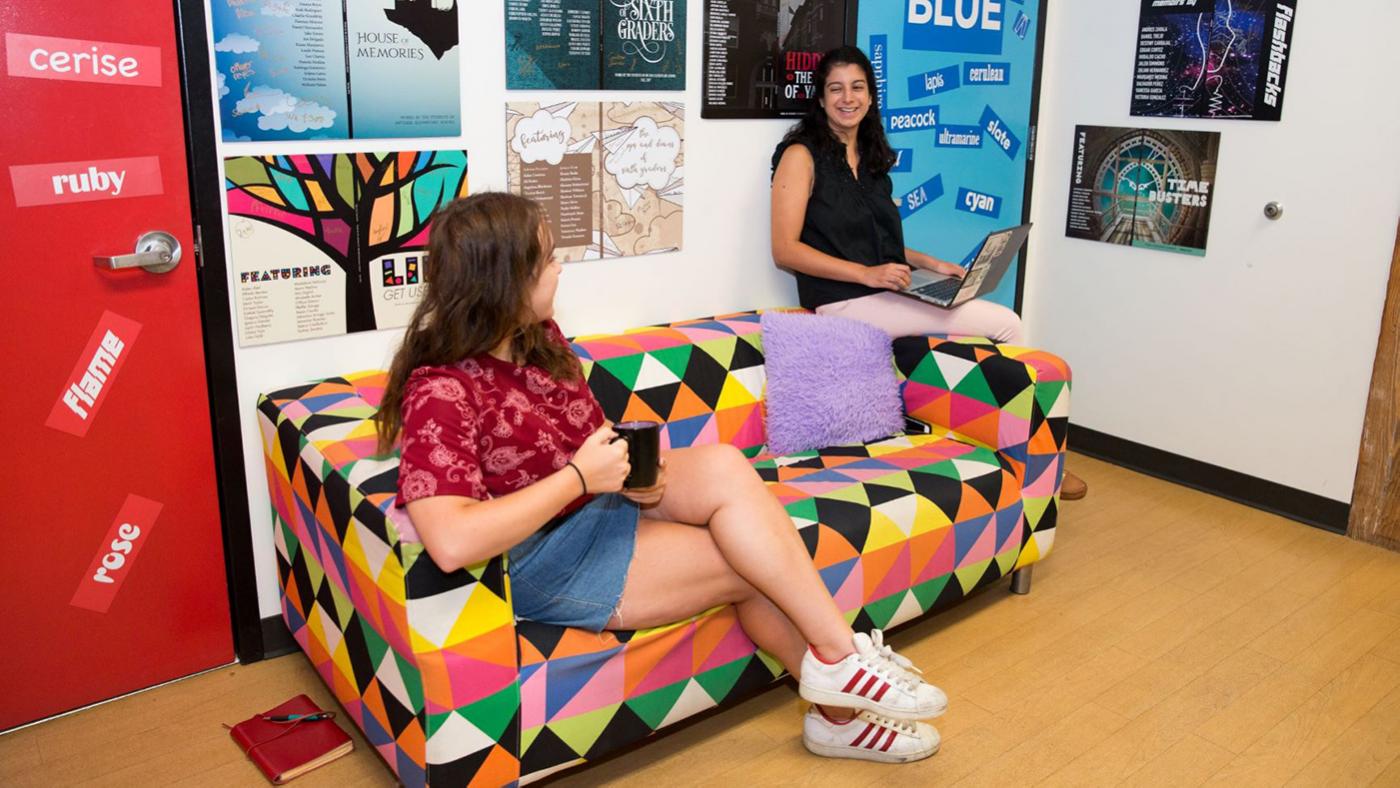 One in six adults in the United States reads below a fourth-grade level. The Chicago Literacy Alliance is working to change that. Photo: Eileen Molony

You probably think of the United States as a fully literate society: signs help you navigate, you read and write emails and texts, instructions tell you how to cook something or the proper dosage for medicine, and you’re reading this article right now. But an astounding one in six adults – 35 million people – read below a fourth-grade level in the U.S. “I think most people would be startled to hear that statistic. Illiteracy can be kind of an invisible problem,” says Ken Bigger, the executive director of the Chicago Literacy Alliance (CLA).

In Chicago, it’s estimated that some three out of 10 adults have low basic literacy skills (the national and local statistics do not exactly correlate, as the Chicago number is pegged to around a sixth-grade reading level), while at the time that the CLA incorporated as a nonprofit, 54% of public school students did not meet or exceed reading standards. And that’s why the CLA exists. “After you feed, clothe, and house people, literacy is the next step,” says Bigger.

The CLA came about in 2009 when a collection of literacy nonprofits met to discuss their work and discovered that all of them offered programs at the same elementary school, but none of them knew about the others’ work there. The moment was a wake-up call: the groups could be much more effective if they all worked together, rather than each trying independently – in the same school, no less – to improve literacy. 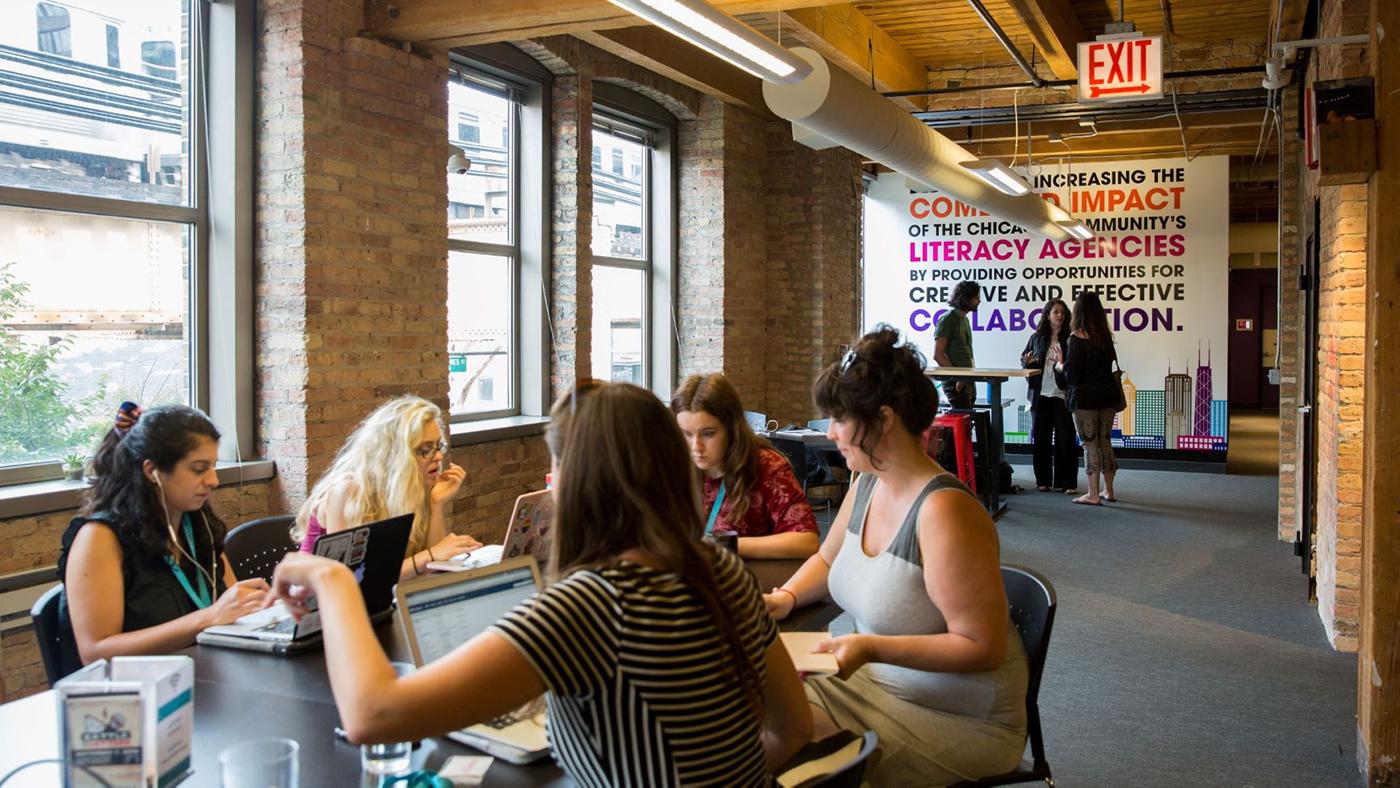 The collective eventually incorporated as a nonprofit and expanded its membership to organizations addressing a broader range of communities, including adults. “One of the biggest drivers of a child’s educational success is the literacy level of that child’s caregiver,” Bigger says. “That speaks to our network approach, because if you’re only doing work in the schools with the kid, but you’re not also working so that the child’s parent can become a confident reader and support that effort, then the work with the kid is not going to be as productive as it could be.”

Teaching children (and their parents) to read only goes so far, however, if they don’t have access to books. According to Bigger, there are approximately thirteen children’s books for each child in middle- and upper-class households, while in lower-income communities there is roughly one children’s book for every 300 children. So there are organizations such as ReadAskChat, which is developing an app to encourage and help parents read and engage with young children. “Practically speaking, it can be much easier to get a mobile device into a low-literacy household than it is to get a book in,” explains Bigger.

There’s also Open Books, which donates books to schools and nonprofits and operates a used-book store on the ground floor of the CLA’s Literacenter, a Google-style co-working space in the West Loop that opened in 2015. The Literacenter provides office, meeting, and classroom space for the almost 130 organizations that are a part of the CLA (all the rooms have literary pun names, such as “Roomeo and Juliet,” “Catcher in the Room,” and “Room with a View”). Some organizations have their offices in the Literacenter; others simply use space occasionally or have their mailboxes there. (WTTW is a member of the CLA.)

The idea behind the Literacenter is to foster collaboration between organizations working towards similar goals. To that end, it includes fun spaces for casual interaction, with games or a piano, and hosts events such as happy hours. That collegiality is attractive to smaller organizations, offering their staff more colleagues. Plus, the Literacenter’s cheaper rent can help reduce overhead costs for organizations. 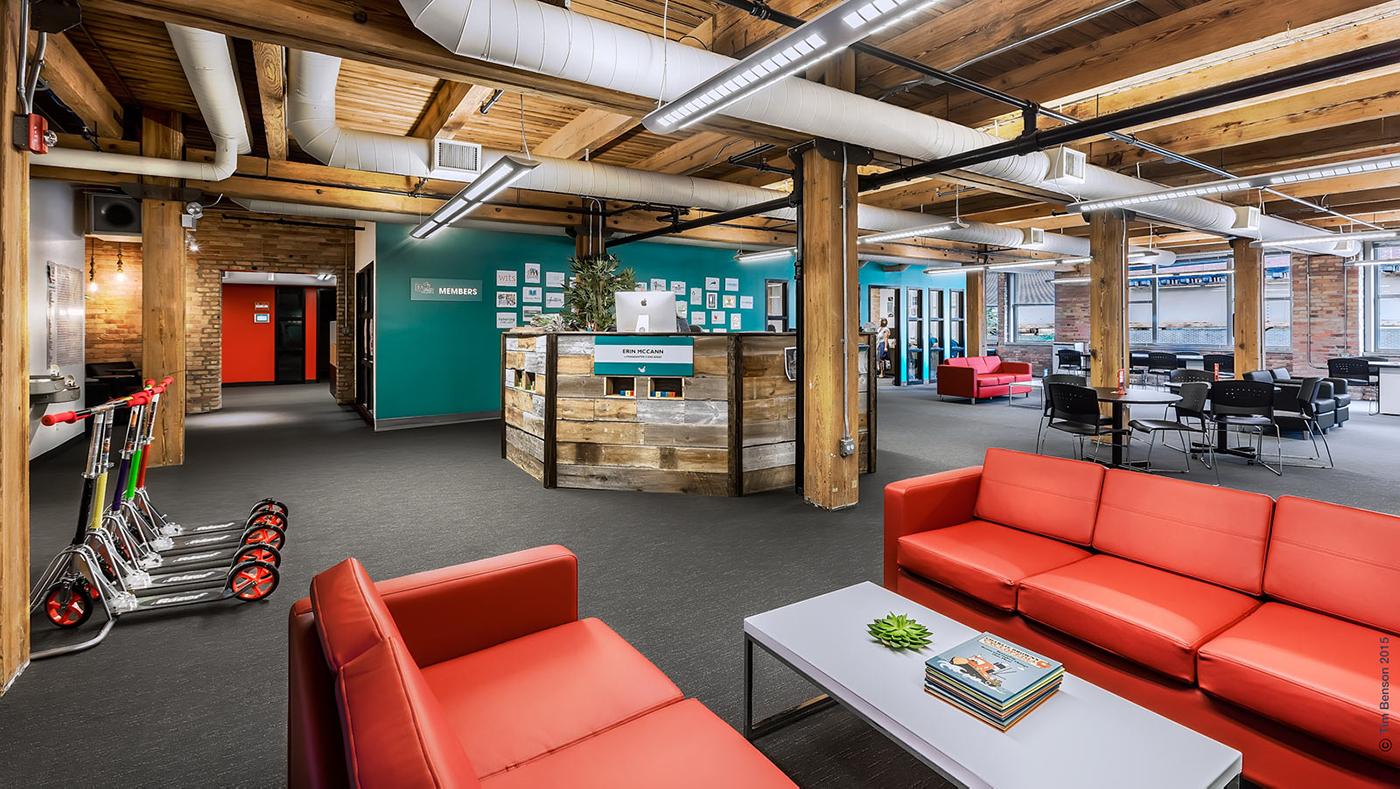 The Literacenter is a Google-style co-working space that encourages collegiality and is especially beneficial for smaller organizations. Photo: Tim Benson

“We’re not a direct-service organization,” Bigger explains. “The power we have is to allow organizations to connect dots.” And CLA member organizations aren’t all focused specifically on teaching adults or children to read: there are also groups that focus on literacy in a broader sense, such as the Chicago Review of Books or the American Writers Museum. “If we have a city where writing and literacy is valued, it’s going to make all the work focused on general reading ability more effective,” Bigger says. “By covering the territory from literacy to more literary groups, we create some alignments and partnerships, and we advance a culture, moving towards a literate society.”

For literacy doesn’t have only functional implications for people’s lives; it also provides a less tangible benefit. “There’s something immensely valuable to being able to express oneself through writing, or to the ability to find somebody in the world who has said something that speaks to you, and recognize that you’re not alone in that thought,” Bigger says. “That ability to cultivate empathy and connection with other people is huge. And it is something that will also decrease social stratification, help increase understanding between people, increase people’s civic capacities.

“I always reference the Bob Dylan song, ‘Tangled Up in Blue,’ where the narrator reads a book of 13th century Italian poetry, ‘and every one of them words rang true/and glowed like burning coal/pouring off of every page/like it was written in my soul/from me to you.”