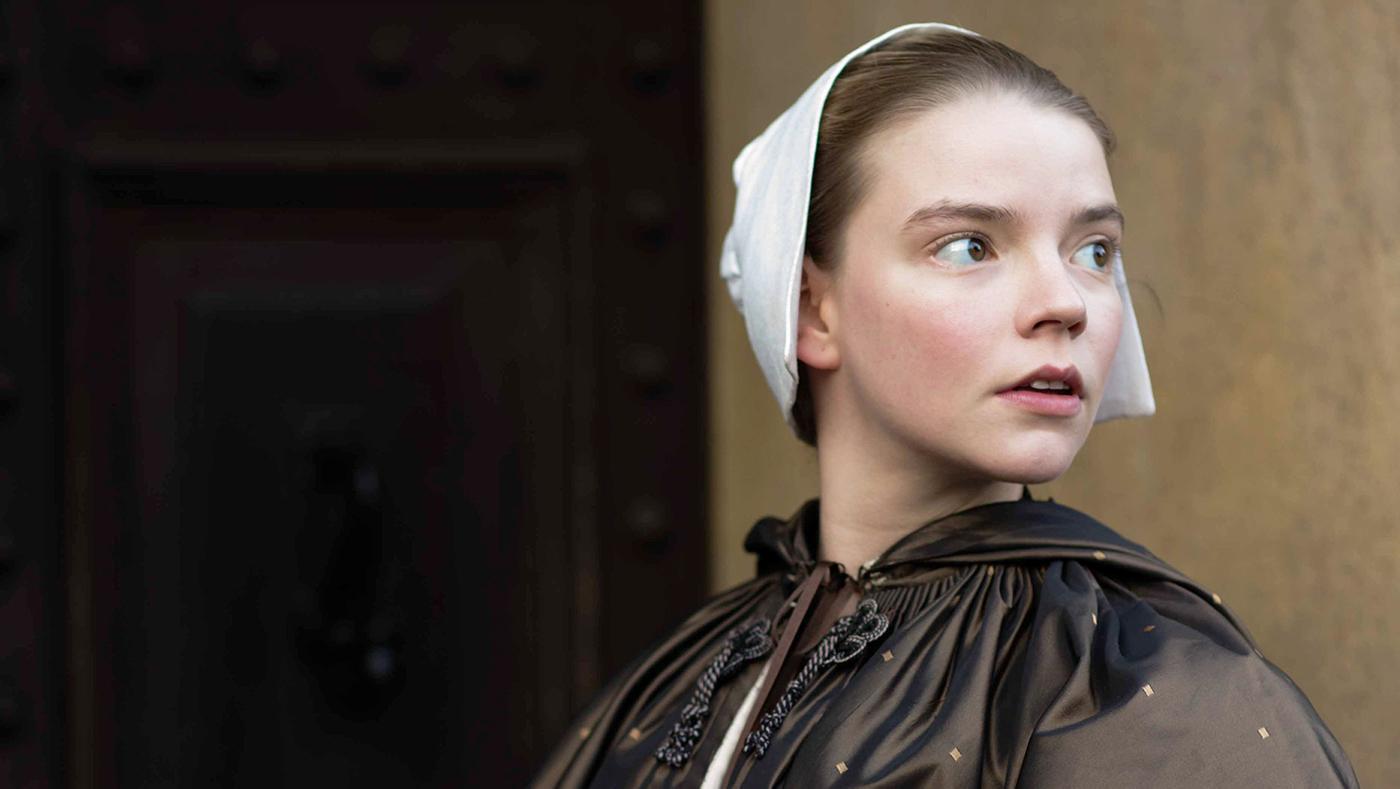 The Miniaturist is available to stream. Recap the previous and following episodes.

Nella wakes into a pleasant dream: her parakeet has been moved into her room and rosewater wafers await her. Except that these pleasures are gilding a nightmare. She has discovered that her new husband, Johannes, prefers sex with men over her – a criminal offense punishable by drowning in puritanical 17th-century Amsterdam – and these gifts are attempts by Johannes's sister Marin to bribe Nella to keep her mouth shut. Nella is outraged that no one in the household – not Marin, nor the servants Cornelia and Otto – warned her about Johannes, and she is despondent that her husband will never love her. She begins preparing to leave the wicked house behind and return to her mother.

Marin and Cornelia both beg her not to go, but it is her confrontation with Johannes that convinces her. He offers to annul the marriage and give Nella enough money to pay off her family’s debts, but he also expresses a fondness for her and says he would be happier if she stayed. Having begun to care for the people in her new home, Nella decides to stick around, on one condition: that Johannes always tell the truth from now on. He agrees. 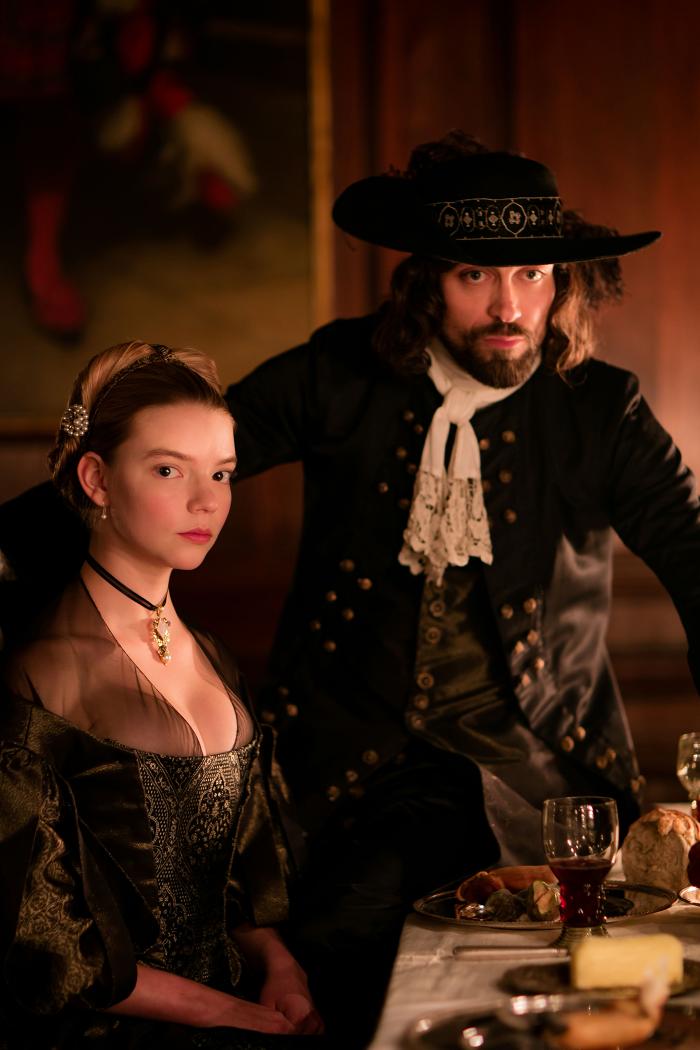 After finding out her husband's secret, Nella is ready to leave forever. Photo: The Forge/Laurence Cendrowicz for BBC and MASTERPIECE Nella does parlay her threat to leave into a bargaining chip to get some information from Cornelia about Marin’s past, in order to understand the love letter she found in Marin’s chambers. Turns out that Frans Meermans, who has contracted Johannes to sell a stock of sugar, fell in love with Marin when she was a girl. He waited five years while her guardian Johannes was at sea to ask her to marry him, but Johannes refused to allow it – Frans had a bad reputation. Despite the rejection, Frans continues to send unsigned gifts to Marin on every feast of Saint Nicholas, the day they first met.

Still unsettled by the revelations about her husband, Nella has decided to let her parakeet fly free of its cage – a small push against the strictures of the household that has wronged her. But someone has opened the window in her room, and the parakeet is gone. Nella goes out into the street to search for it but instead spots a mysterious woman whom she has already caught staring at her several times before. Nella decides to follow her.

The woman flees to the shop where Nella first had miniatures made – the woman must be the all-knowing miniaturist! But there are soldiers at the shop. Otto and Cornelia appear and pull Nella back home as the soldiers disperse, having found no one in the shop. The woman slips inside.

Nella finds another package of miniatures at the house: dolls of Agnes and Frans Meermans, Otto, and Johannes’s scruffy young lover Jack Philips. A tiny dagger on Jack’s belt pricks Nella’s finger, drawing blood. The Jack doll also piques Marin: when she discovers it, she throws it out the window. The next morning, as a drowned body is pulled out of the canal outside, Nella finds the Jack doll propped up on the doorstep.

Increasingly curious about the miniaturist, Nella writes another note asking about the craftswoman’s intentions, and requests a miniature backgammon board. On her way to deliver the note, she is distracted by a scene at a baker’s shop: soldiers are destroying the gingerbread men, because the devout Protestant government has banned as a false idol anything created in the shape of humans. When Nella arrives at the miniaturist shop, she sees through the window the mysterious woman talking to Agnes Meermans. Nella rips up her note and goes home. 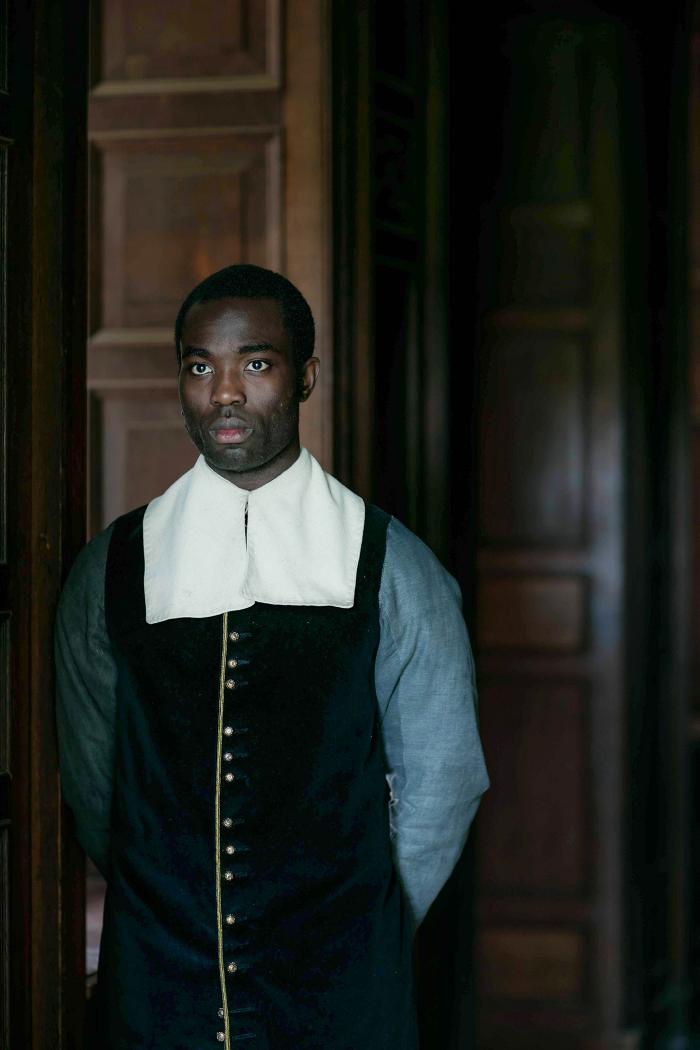 Otto finds himself in a dangerous situation when Jack Philips flies into a rage. Photo: The Forge/Laurence Cendrowicz for BBC and MASTERPIECE There she finds Jack Philips waiting for her with a package – and some abuse. Johannes has gone to Venice at Marin’s request to sell some of the Meermans sugar, but Jack taunts Nella, claiming that Johannes is there simply to indulge in the city’s infamous hedonistic pleasures. Marin appears and tells Jack to leave; he draws his dagger. When Johannes’s dog begins to bark, Jack stabs it in the head. Otto intervenes, the pair tussle, and the dagger is driven into Jack’s shoulder. He staggers away, promising to go to the authorities with charges against Otto, who won’t stand a chance in a trial, given that he’s black and thought of by many as a savage.

What’s in this ill-begotten package? The backgammon board that Nella requested – but she ripped up that request before sending it. She goes to the miniaturist’s shop again and is given another parcel by a man working across the street. Inside is a doll of Cornelia and a bunch of the tiny cookies that she often bakes. Now the only doll missing is Nella.

Johannes returns, and quickly gets into a fight with Marin, admonishing her that the household is no longer hers but Nella’s. Marin responds that it doesn’t matter who’s in charge; they’re all prisoners to Johannes’s desire. Nella finally ends the shouting by telling Johannes that his dog is dead. Johannes storms off.

Nella follows, reminding him that he promised that he would no longer keep secrets from her. He admits that he didn’t sell any sugar in Venice; he’s delaying as long as possible because the Meermans hate him (see his refusal to let Frans marry Marin), and as soon as they have the money from the sugar they will use it to ruin him.

Unfortunately, the Meermans soon stumble upon another way to destroy Johannes. After Otto disappears, upon Marin’s suggestion that he not endanger the household by staying there after stabbing Jack, Frans appears at the house demanding to speak to Johannes. He’s not there, but Frans explains his purpose anyway. He went to the warehouse to see how much of his sugar had been sold and saw that it was all still there. Worse, it was moldering. And that’s not even the kicker: he also saw Johannes having sex with Jack – and Jack claimed to Frans that Johannes had attacked him. Frans is going to the authorities with these charges of “devilry” immediately.

Johannes goes into hiding, giving Nella a key and a list of possible buyers for the sugar. Perhaps she and Marin can salvage the business deal, at least. Marin seems to have given up hope, however. Nella hears sobbing coming from her chambers and finds a disheveled Marin holding a glass, presumably of poison, ready to commit suicide. We can fix this!, Nella cries. But it’s not Johannes that Marin’s worried about, that’s not the problem at all. She lifts her dress. She’s pregnant. 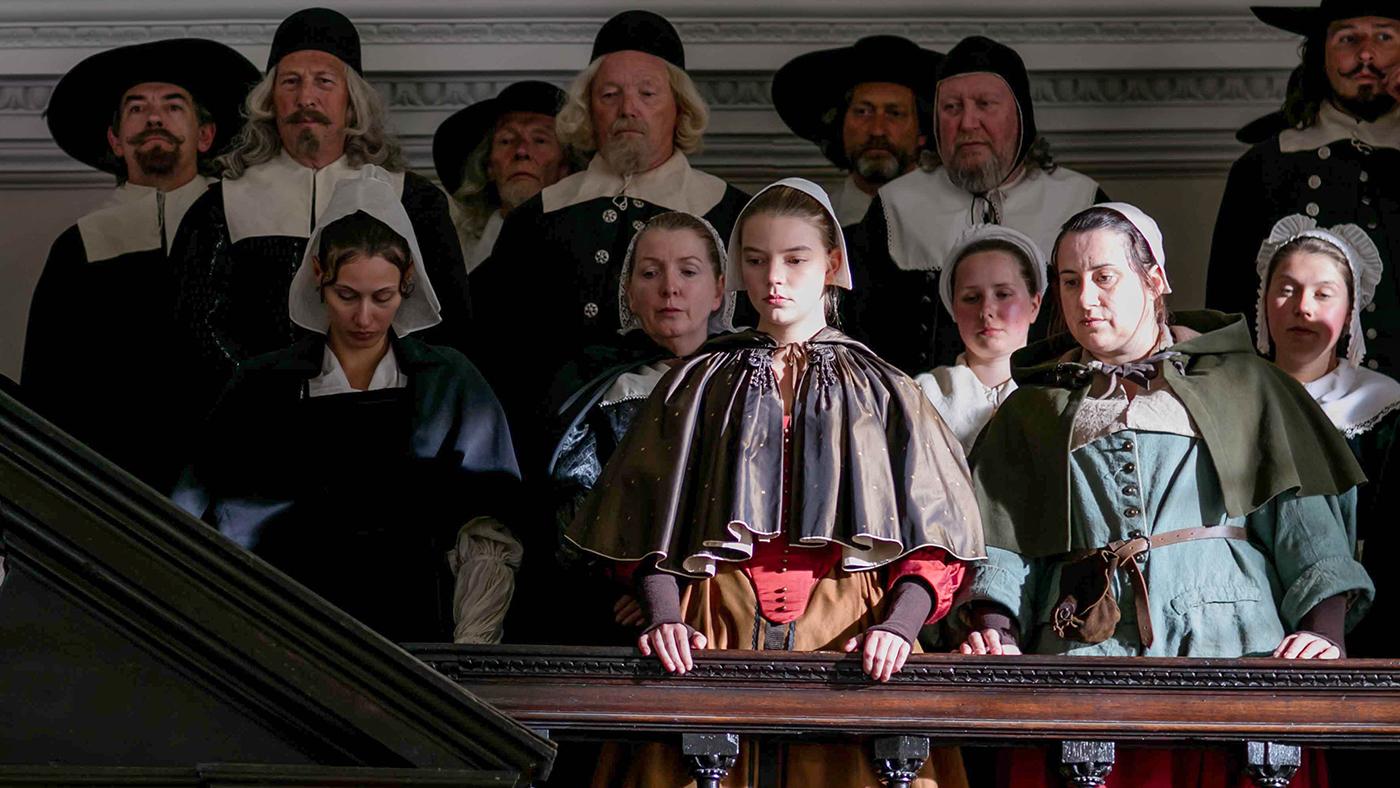 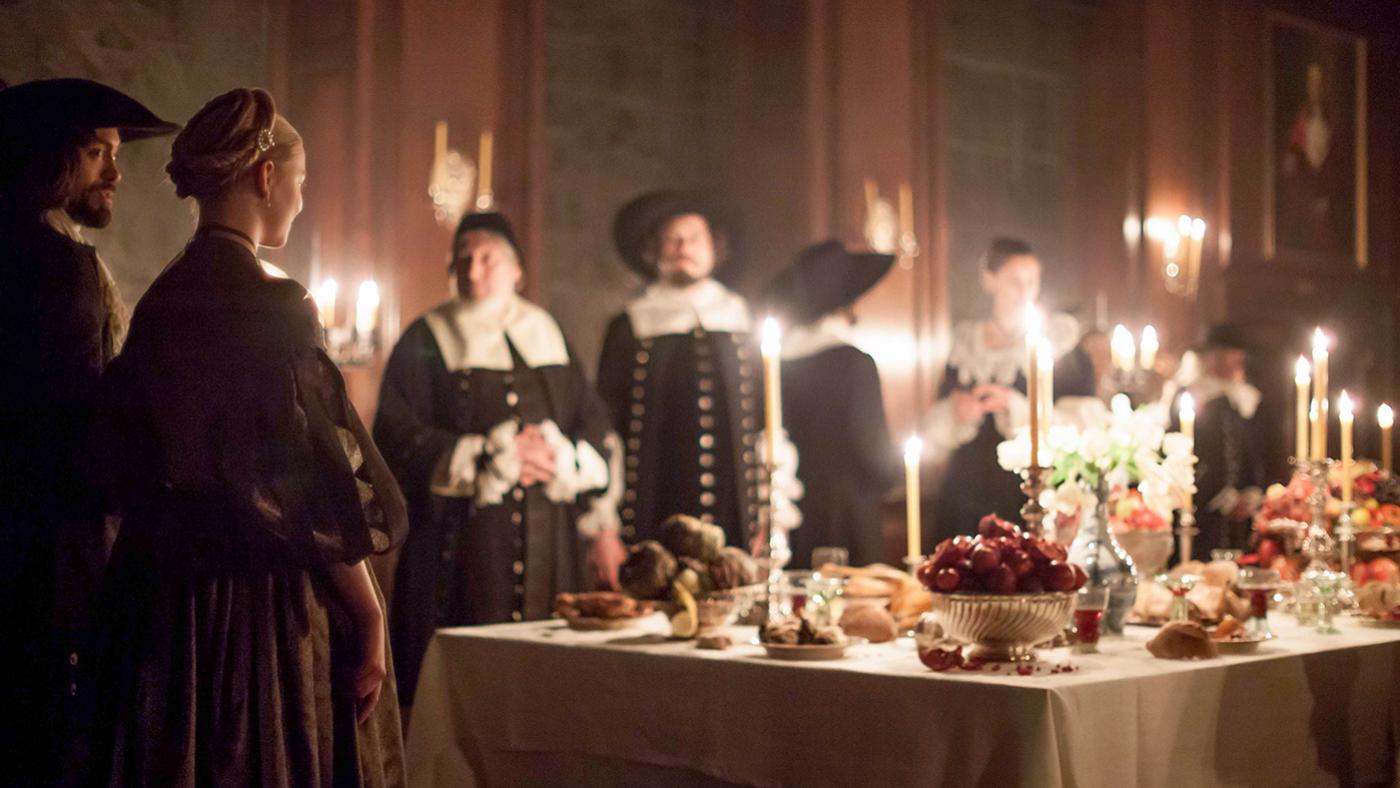 'The Miniaturist' Recap: Part One