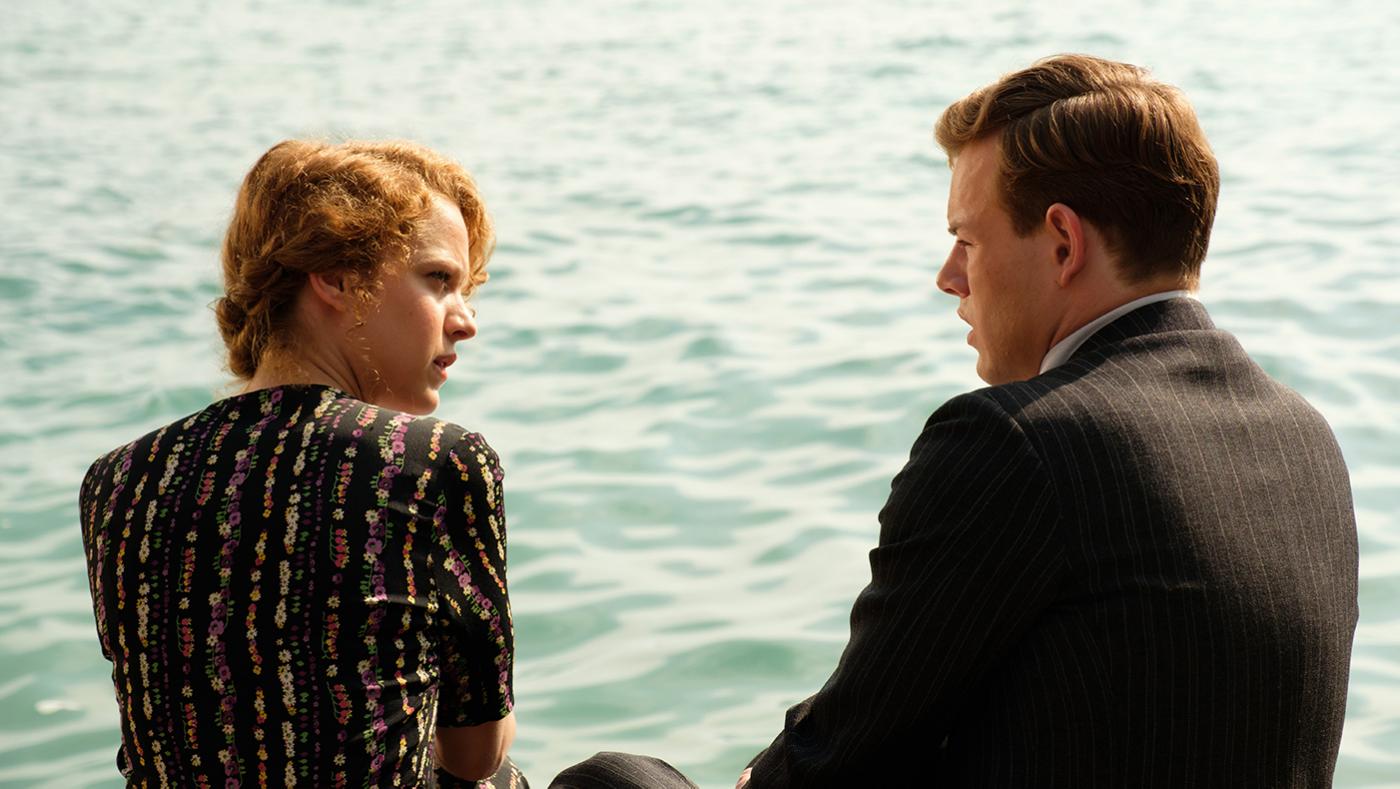 Leslie has found himself in a trying situation after dating three women at once. Photo: Joss Barratt for Sid Gentle Films & MASTERPIECE

After the debacle of Leslie’s three girlfriends meeting each other, you would think it would be easy to get rid of them, but Daphne still thinks they’re dating, despite Leslie having decided he prefers Dionisia. He doesn’t know how to break up with her, so Larry advises him to do it by letter. Larry also suggests that Louisa talk to Leslie about contraception, since her characteristic British politesse may have obscured the lesson when she originally gave it to him.

It’s good advice, but comes too late. Daphne’s father appears at the Durrell house while Leslie is gone, demanding that Leslie marry his daughter – she’s pregnant.

This distressing revelation is quickly followed by more upsetting news. Aunt Hermione, newly glowing with life and a changed attitude, has died in her sleep. Corfu’s painfully direct undertaker does not make this any easier to take. As Hermione’s body is pulled away on a horse cart, Louisa takes Leslie on a walk to tell him he will soon be a father. He says it couldn’t have been him; they only slept together one and a half times, and anyway, he doesn’t love her; he has chosen Dionisia. This defensiveness only further upsets Louisa. 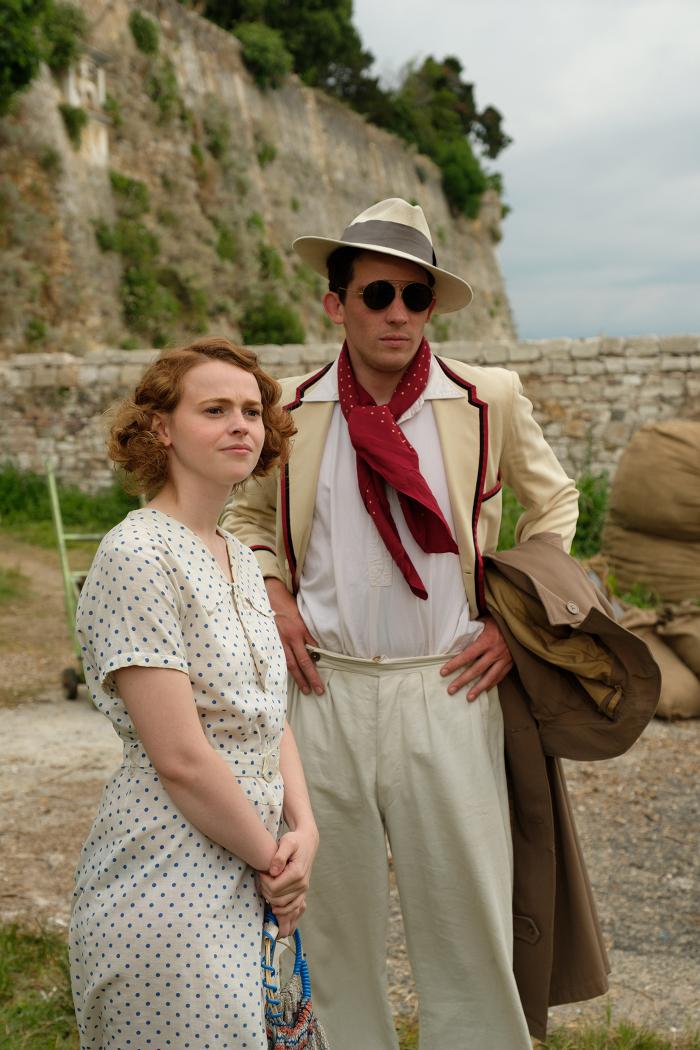 Both Margo and Larry prove useless at slaughtering a goat for Aunt Hermione. Photo: Joss Barratt for Sid Gentle Films & MASTERPIECE Since Hermione loved lamb, the Durrells decide to celebrate her by slaughtering one of their goats (close enough). Leslie refuses to do it, though, so first Larry slices off the tip of his thumb in the attempt and then Margo loses the goat. Unable to look it in the face while she shoots it, she blindfolds herself (great idea) – and Gerry, newly vegetarian out of an unwillingness to kill animals, sneaks in and pulls the goat to safety.

Perhaps Margo will be more successful in planning a memorial service. Unfortunately, she’s not sleeping well, since Aunt Hermione died in her bed and she fears that it’s still haunted – the impression of a body keeps showing up in the freshly made bed. Not that more sleep would have made her memorial any less odd: she urges everyone to sing along to Hermione’s favorite song, Gilbert and Sullivan’s “Three Little Maids,” and shrieks out an attempt at a traditional Hawaiian lament while wearing a black veil. Other attendees offer more conventional eulogies.

Margo has turned to Zoltan, her Turkish former boyfriend who has been trying to win her back, to slaughter the goat. But as the Durrells return home from the memorial service, they find him sobbing while holding a goat. He couldn’t kill it – and it was the wrong goat anyway. He may not have succeeded, but his weakness has once again endeared him to Margo, in a way that faking a broken arm so that he could be examined by her with Theo’s new x-ray machine (which he tried) did not. Being a rich young man, Zoltan buys both a slaughtered goat for the Durrells and a new, un-haunted bed for Margo. Turns out the indentation in the old bed was just a prank by Larry the whole time.

While Margo mends her relationship with Zoltan – maybe; time will tell – Leslie tries to take an interest in Daphne, the soon-to-be mother of his child. But the circumstances aren’t making things easy. After Larry’s suggestion that Daphne might be lying , Leslie asks her to go to the doctor to both check on her health and confirm the pregnancy. While waiting there, however, he remembers that he has to go to Aunt Hermione’s memorial service, and so misses the actual appointment. He then feels terrible for distrusting Daphne and apologizes to her – but it’s still a difficult relationship. 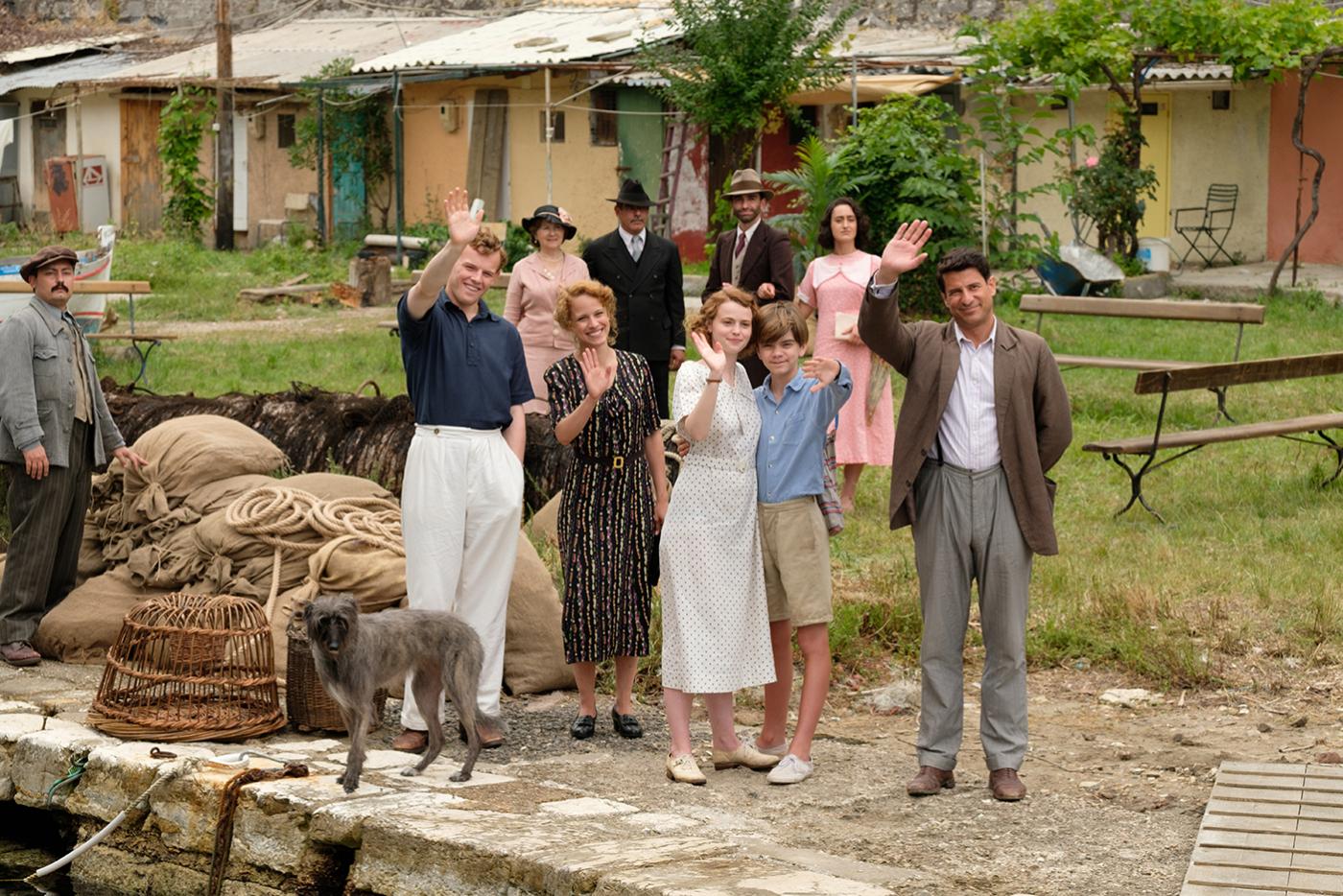 Louisa and Larry are leaving behind the rest of the family to escort Hermione's body back to England to be buried. Photo: Joss Barratt for Sid Gentle Films & MASTERPIECE

Leslie’s loss of Dionisia, who breaks up with him upon hearing the news of Daphne’s pregnancy, doesn’t help. Nor does Daphne’s father’s eagerness to see Leslie and Daphne married, even if it needs to be at gunpoint. Despite the threat, Leslie refuses to marry Daphne – he’ll support her and the child, but he doesn’t love her, so he won’t marry her.

Leslie is soon to lose the emotional support and advice of older members of his family at this trying time, as both Louisa and Larry are escorting Aunt Hermione’s body back to England to be buried.

Gerry has his own reckoning with death and the brutality of the circle of life, beyond Aunt Hermione’s passing. He has spent hours observing a wall teeming with insects and small animals, watching their behaviors and interactions. Two of his favorites, a gecko and a praying mantis, finally have a showdown – and the gecko horrifies Gerry by violently killing and eating the mantis. Such is life, and death.