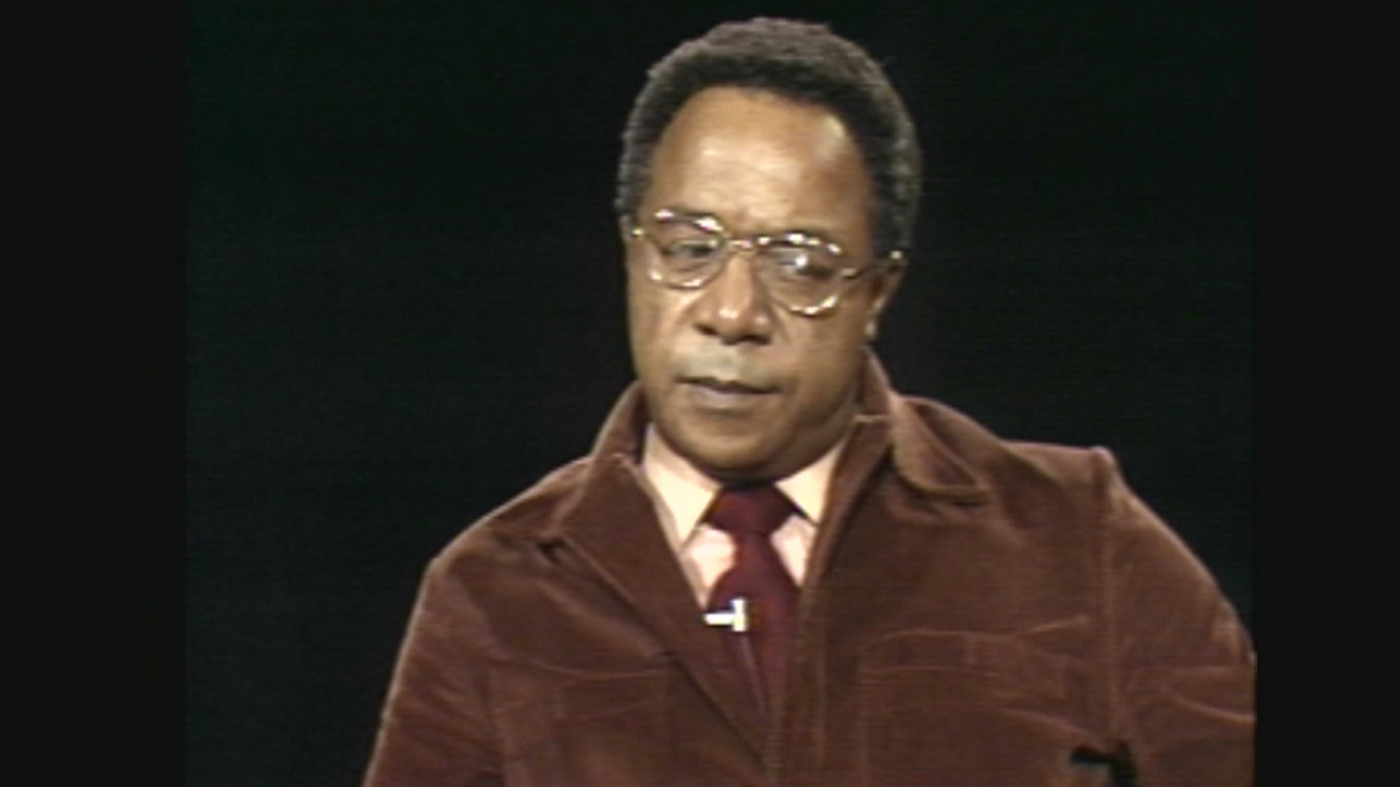 The Great American Read airs Tuesdays at 8:00 pm. Explore the list, vote for your favorite book, and find more author interviews, quizzes, and features at wttw.com/read.

It's "one of the most powerfully written books I've ever read in my life." That's how John Callaway introduced Alex Haley's Roots: The Saga of an American Family when Haley appeared on WTTW's Callaway Interviews in 1976 shortly after he had published the epochal, blockbuster novel that would soon become a compelling TV miniseries. Haley had started his writing career while serving in the Coast Guard, eventually becoming their chief journalist. He then wrote for magazines and achieved nationwide fame for The Autobiography of Malcolm X.

But Roots, which relates the story of Haley's ancestors beginning with Kunta Kinte, an African sold into slavery in the eighteenth century, was Haley's biggest accomplishment. It was wildly popular, spending 22 weeks at the top of The New York Times Best Seller List; the 1977 TV miniseries attracted record-breaking audiences. It inspired widespread interest in African and African American history as well as genealogy, and it won Haley a special Pulitzer Prize.

Watch Haley describe the origins of the book and how he became interested in writing the narrative of his family in his 1976 interview with Callaway here:

And listen to how Haley struggled to write the slave-ship passage in Roots despite going to great ends, before eventually feeling that he was worthy of telling this story: