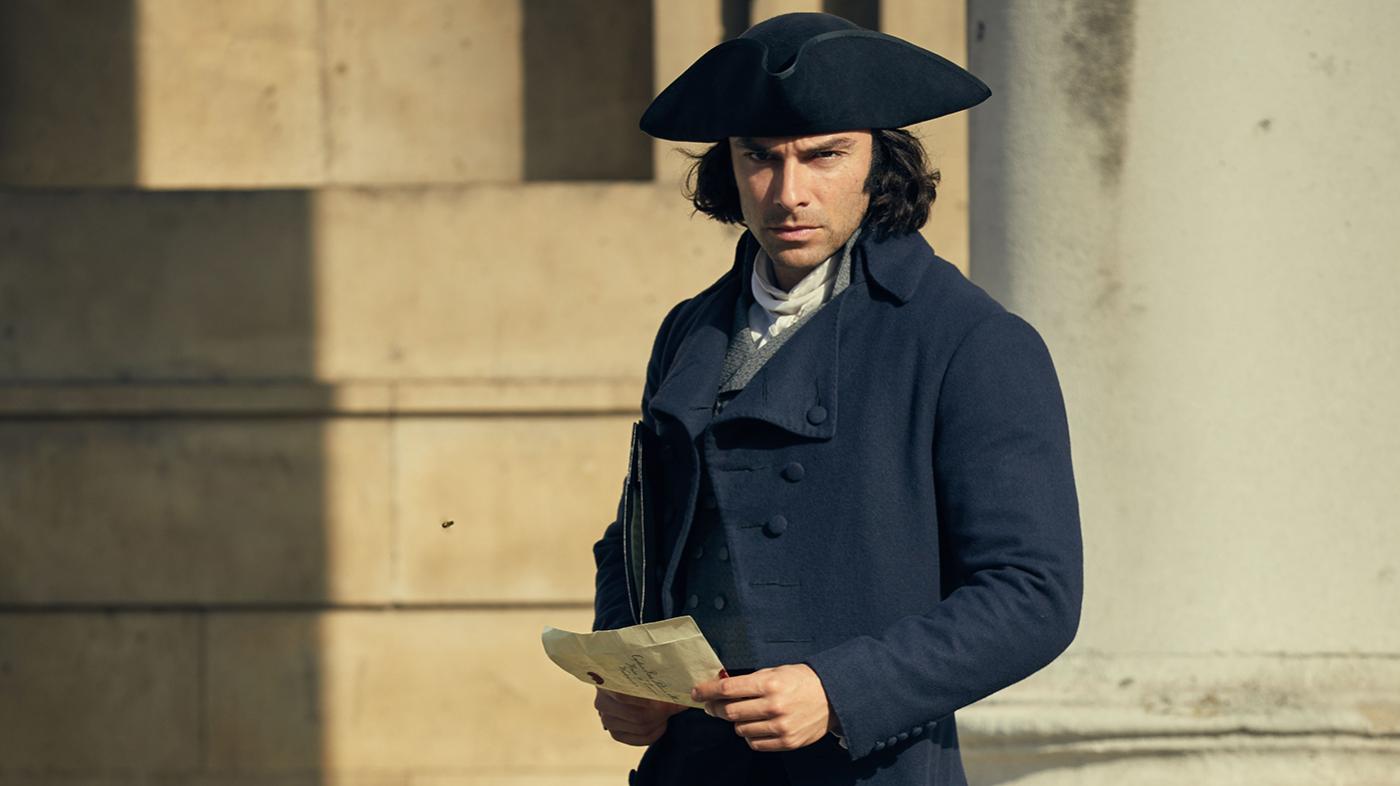 Ross is now a Member of Parliament – leaving Demelza to run everything back home. Photo: Mammoth Screen for BBC and MASTERPIECE

It’s autumn 1797, and Ross is delivering his maiden speech in the House of Commons. We watch his progress as six months’ worth of letters fly back and forth between him and Demelza – she keeps him apprised of her activities in Cornwall, and he emphasizes how much he is depending on her to oversee things while he tries to save the world.

At the quay as she reads Ross’s latest missive, Demelza sees Drake, and as the pretty young Rosina Hoblyn passes by, Demelza tries, pretty blatantly, to play matchmaker for her brother. Drake is amused, but not buying – he is still fixated on Morwenna.

Cousin Verity and her young son Andrew are visiting George and Elizabeth; George, still bitter over losing his seat in Parliament to Ross, is scheming to find a way back. At the mine, Ross’s salt-of-the-earth crony Tholly cheerfully ignores Dwight’s medical advice as he canoodles with his mistress, the widow Crocker. Demelza arrives, and we learn that Caroline is very near her time, and that a crisis at the mine urgently needs Ross’s input. The miners feel he has abandoned them; Demelza denies it.

The next day, as Ross reads Demelza’s letter, his patron Lord Falmouth advises him not to put public service before his wife and family. With that, Ross departs for Cornwall.

At Nampara, Demelza is hosting Verity, Dwight, and a pregnant-to-the-max Caroline. As the children noisily play, Caroline feels unwell, and she and Dwight quickly depart. 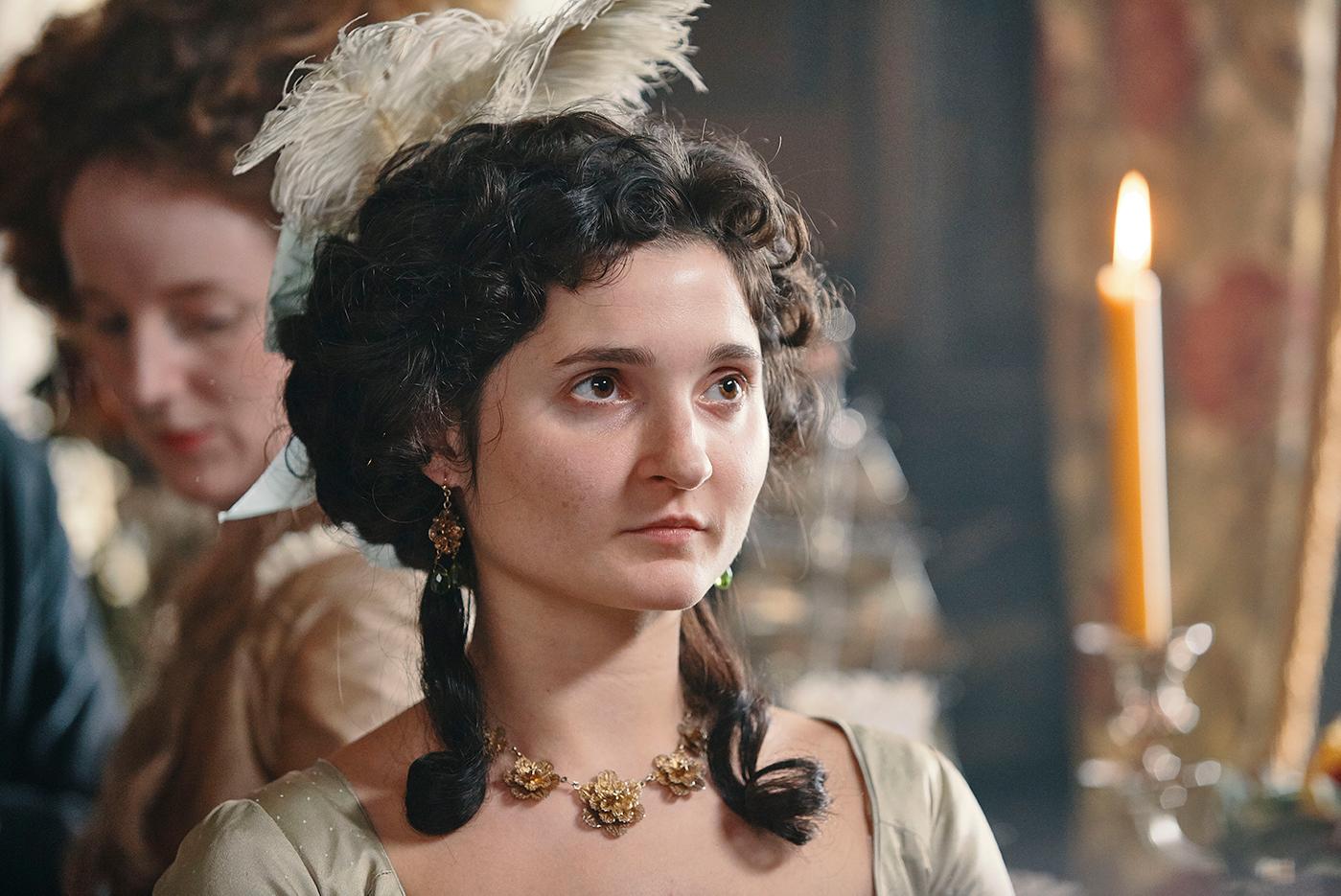 Verity is visiting George with her young son. Photo: Mammoth Screen for BBC and MASTERPIECE

Cut to the vicarage, where Morwenna is also playing with her young son John Conan. The fearsome Lady Whitworth, Ossie’s dragon of a mother, has arrived to make a bad situation infinitely worse. Imperiously, she demands to know why Morwenna hasn’t engaged a governess, and also the whereabouts of Ossie…

…who is in the coach with a weary Ross and other travelers on their last leg from London. To Ross’s discomfort, Ossie whines about his finances and angles for another parish (and its living). Ross clearly wishes he were anywhere else.

George meets with a notorious libertine, Captain Monk Adderley, who agrees to use his influence as a sitting, if lazy and disengaged, Member of Parliament to help George regain his seat…but it will cost him.

Demelza is feeding the lambs when at long last, Ross comes galloping into view on his horse. Their long separation has made things awkward between them, but Prudie and the children, at least, are thrilled to see him. That night, Ross is concerned that Demelza is still grieving over Armitage. Angrily, she assures him she is not, but does he believe her?

Rowella, dissatisfied with the hovel she shares with her new husband Arthur Solway, surveys the hole in her stocking and the leak in the roof and sends Ossie a note – she has some books that belong to him, she says – he should come and fetch them while her husband is out. He gets her message during yet another standoff with an icy Morwenna about his “conjugal rights,” and he beats a path to Rowella’s door. Rowella, her feet on full display, subtly hits Ossie up for more money.

Cut to Dwight and Caroline’s bedchamber, where an elated Dwight has just delivered their baby, a girl they name Sarah. He hands his wife the “most perfect creature [he’s] ever seen” and, flippant as always, Caroline supposes she “must learn to tolerate her.” Clearly, though, they are both besotted. 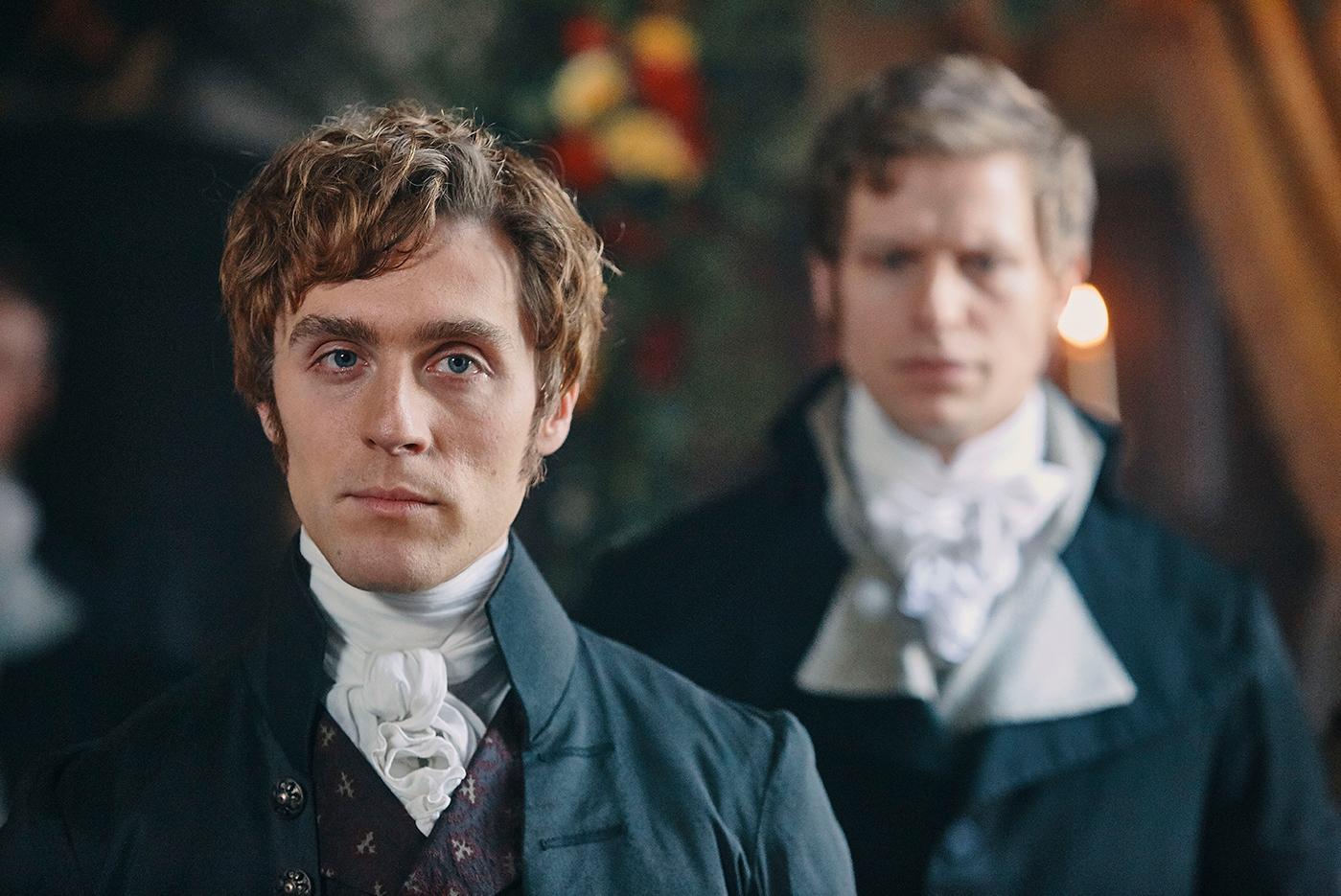 Still stewing over losing his seat in Parliament to Ross, George has hatched a new plan to gain power. Photo: Mammoth Screen for BBC and MASTERPIECE

Early the next morning, Ross heads to the beach for a swim. There, he unexpectedly encounters Dwight (shirtless alert!), who gleefully informs his friend of Sarah’s birth. At the mine, Sam, Zacky, and Tholly, with some obvious resentment, report to Ross that the existing lodes have dried up and they have been trying to come up with a plan. As it turns out, Ross has one: he will spend the summer in Cornwall helping his crew excavate a heretofore-untapped part of the mine in search of a new lode. The miners are appeased.

Ossie pays a visit to a bedridden Nat Pearce, who confesses to Ossie that he speculated with – and lost – a considerable sum belonging to depositors in Pascoe’s Bank (George’s competitor), where Ross also has all of his savings. Ossie (so much for a priest’s discretion!) spills the beans to George, who devises a plan to incite a run on the bank once Pearce dies, with the goal of wiping out Ross. George also decides that, since he can’t unseat Ross, he will buy a borough and with it, his own seat in Parliament. To that end, Adderley advises George to host an extravagant reception for all the area’s movers and shakers.

At Nampara, the Poldarks, Sam, Drake, and the Enyses are all admiring little Sarah, when Rosina, who been sewing for the children, is just leaving. Demelza, still matchmaking, inveigles a reluctant Drake into walking Rosina home. Could she be any more obvious?

Caroline and Dwight are dressing for George’s soirée when Dwight notices something amiss with the baby. He carries her over to the window to examine her face in the light. Caroline, joking at her mirror, hopes that Sarah “won’t grow up to be a spoiled brat.” Dwight, careful to reveal nothing, is clearly thinking she might not grow up at all. 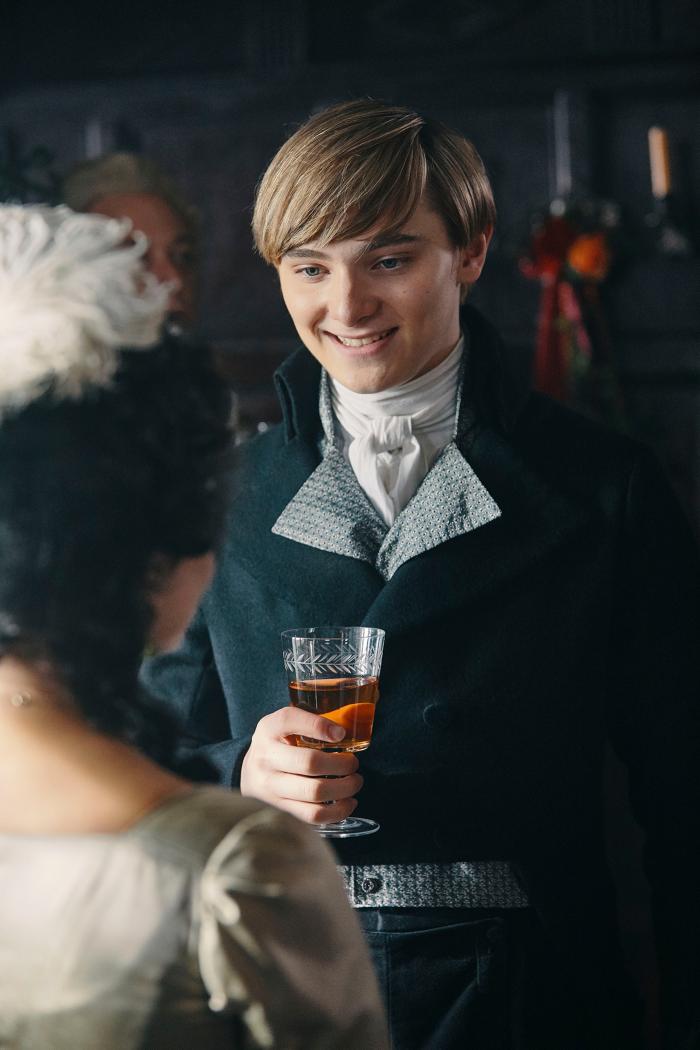 Meanwhile, Ross wanders down to the beach, where he discovers Sam and Drake frantically trying to prevent Tholly from being beaten to death by a gang of thugs; according to Drake, Tholly’s paramour Mrs. Crocker is not a “widder,” but married. Ross leaps into the fray and the bullies are soon driven off. Everyone thinks the unconscious Tholly is dead, but miraculously he comes around. At the local tavern, they all get pleasantly sloshed and Tholly resolves to find a woman who is actually available. Ross, feeling no pain, can’t resist lurking outside George’s party, where he finds a friendly Elizabeth. Adderley intervenes, and he and Ross take an instant dislike to each other. Back inside, a triumphant George boasts to Elizabeth that he has secured a borough “for the asking.”

Late that night in the silent darkness as Caroline sleeps, a troubled Dwight is scrutinizing baby Sarah’s face in the moonlight. What is wrong with her?

At Nampara, Ross and Demelza have an honest discussion about Armitage, hopefully putting the affair behind them at last. Ross gifts Demelza with an exquisite pair of earrings, after which they put the kitchen table to good use. (Or start to…the rest is left to our imagination.)