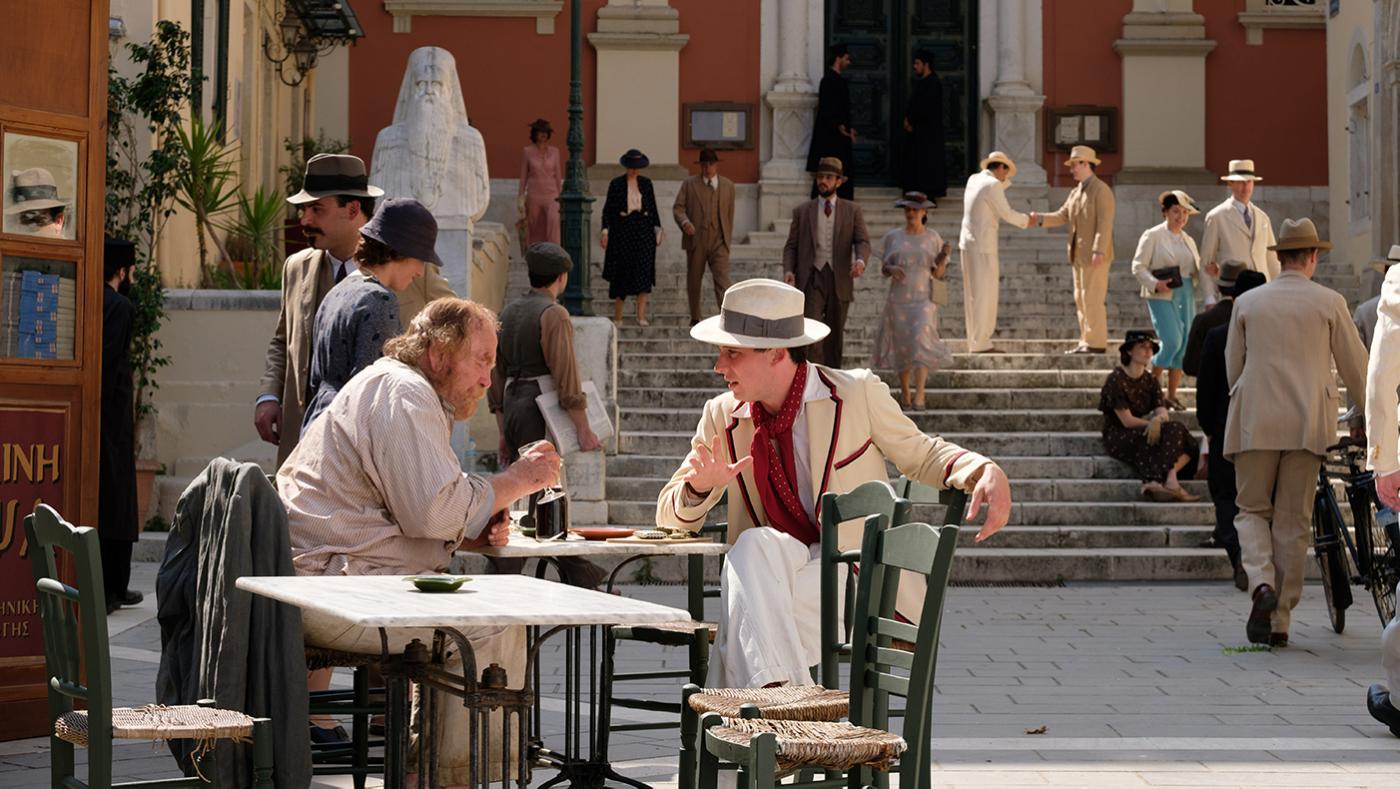 From Athens, Larry sends along two guests to stay with the Durrells on Corfu: one charming and endearing, one boorish and crass. Photo: Joss Barratt for Sid Gentle Films & MASTERPIECE

As if the Durrells didn’t already have enough guests in their home, given Gerry’s menagerie of animals, Larry has befriended someone while staying in Athens and is sending them along to Corfu – though this guest has a decidedly better pedigree than the animals: he’s an Indian prince. Louisa nervously scrubs the house and asks Spyros to pick up a crate of champagne – for Larry when he returns, of course.

While the Durrells prepare for the arrival of their first guest, Larry picks up another in the streets – really, the gutters – of Athens: the alcoholic Captain Creech, who is in a desperate state. Larry offers to bring him to Corfu to recover.

Turns out that the Indian guest isn’t actually a prince – Prince is his name, but he goes by Jeejeebuoy. But that’s the only disappointing thing about him. He charmingly endears himself to every member of the family, taking interest in all of their hobbies. After Louisa discovers that Gerry has been writing stories about animals (riddled with spelling errors) when she thought he was studying, Jeejee helps Gerry accept his mother’s insistence that he interview at the only school in Corfu and begin a more traditional course of education. Jeejee even washes Captain Creech’s filthy pants once the tottering sailor arrives.

In order to begin salvaging his life, Creech decides to sell his boat – even though it’s barely seaworthy. In order to cultivate adventure, Larry buys it – even though he doesn’t know how to sail. Leslie quickly becomes frustrated trying to instruct Larry and leaves him alone on the boat. Soon Larry has dozed off with a book, and when he wakes up, he’s far from land and drifting towards Albania – exactly where Louisa warned him not to go. Luckily, the Albanians are friendly, and they happily tow Larry and his boat back to Corfu.

Leslie may have left Larry, but he can’t abandon Daphne, who is pregnant with his child. The relationship is strained – Leslie refuses to marry Daphne since he doesn’t love her – and it becomes even more difficult when Leslie discovers in his new role as a policeman that Daphne’s father is smuggling cigarettes. Leslie decides not to report him since they will soon be family, even though it could cost him his job. This kindness leads to a rapprochement between him and Daphne’s family. 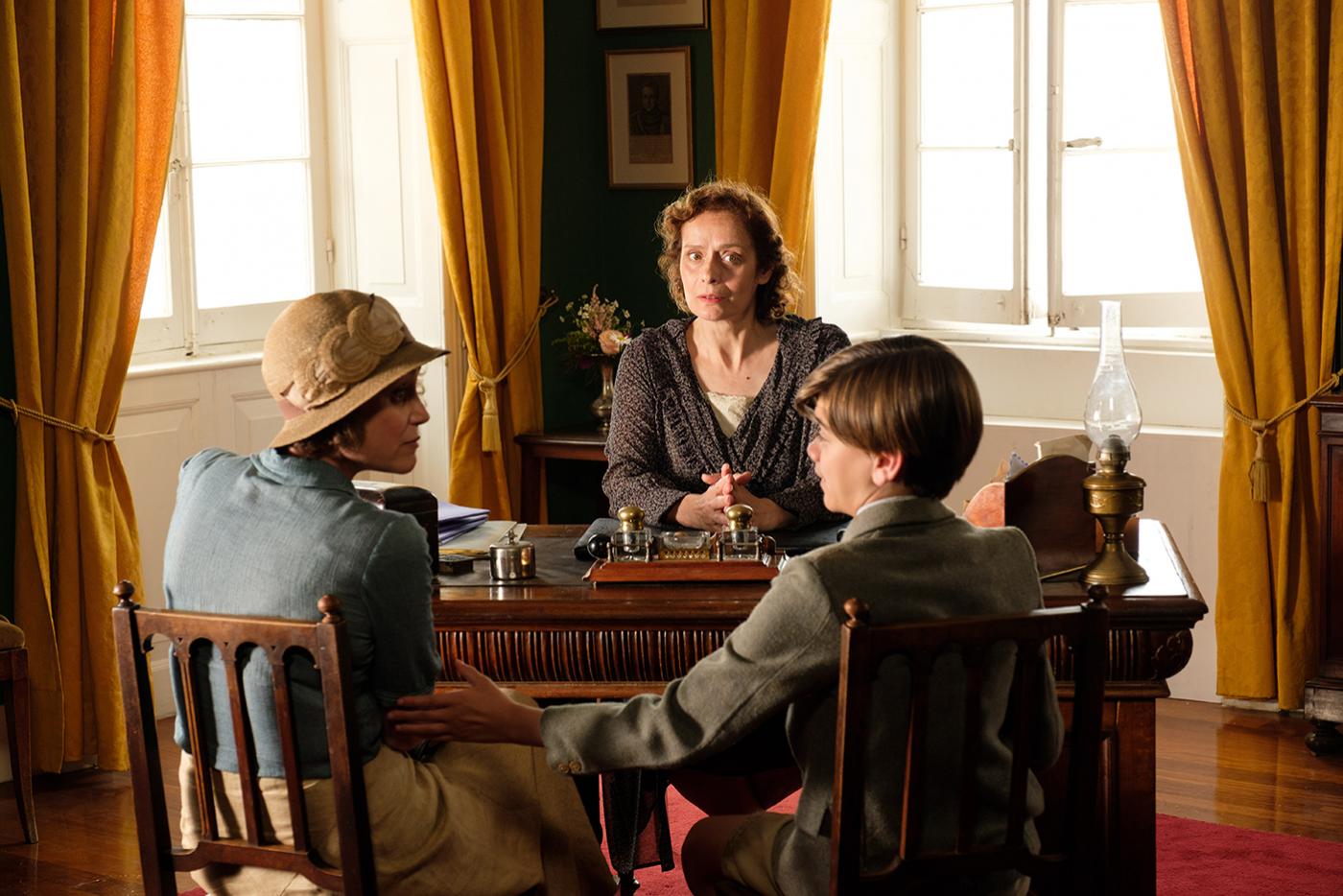 Louisa has decided that Gerry should go to school, but her own behavior proves an obstacle. Photo: Joss Barratt for Sid Gentle Films & MASTERPIECE

What’s Margo up to during all of this? She has decided to fast with Jeejee, who is spiritually preparing to meet a guru upon leaving Corfu. Needless to say, Margo doesn’t last long, and soon satiates her hunger by scarfing an entire pie. Jeejee has more forbearance, but after he faints, Louisa encourages him to eat. Having taken her advice, he gives her some in return: it’s possible that she drinks too much, especially with Captain Creech around to spur her on. Creech and Jeejee are like Louisa’s good and bad angels, Margo points out. “Wonder who will win?” Gerry responds.

Previously enamored of Jeejee, Louisa is upset that he has called her out in front of her family and begins tilting towards Creech and her demons. She gets plastered at lunch, forgetting that she and Gerry must interview at the school that day. The headmistress would take Gerry, despite his limited Greek – but she’s appalled by Louisa’s boorish behavior, so she refuses to let Gerry enroll.

This embarrassment makes Louisa realize that Jeejee had a point, and she vows to stop drinking. Jeejee himself may also have overindulged: Louisa and Gerry return home and find him perched on a second-story windowsill in a hunger-induced trance. As they rush to help him, he topples forward, landing on the pergola. Luckily, he’s okay, if a bit bruised.

Some good has come out of Louisa’s misadventure with alcohol. As Creech prepares to leave, he excitedly tells the family that he, too, has given up drink: watching Louisa’s antics has turned him off liquor. And although Gerry can’t attend school, Louisa has realized he’s getting a good education all the same. When he turns in a scientific report on his flamingos to Louisa, she is forced to admit that he is a talented writer and intelligent boy after all.

Good thing Louisa has accepted Gerry’s unusual education, as he now has an especially intriguing new subject. In thanks for the Durrells’ hospitality, Jeejee sends them an exotic gift: a live sloth.