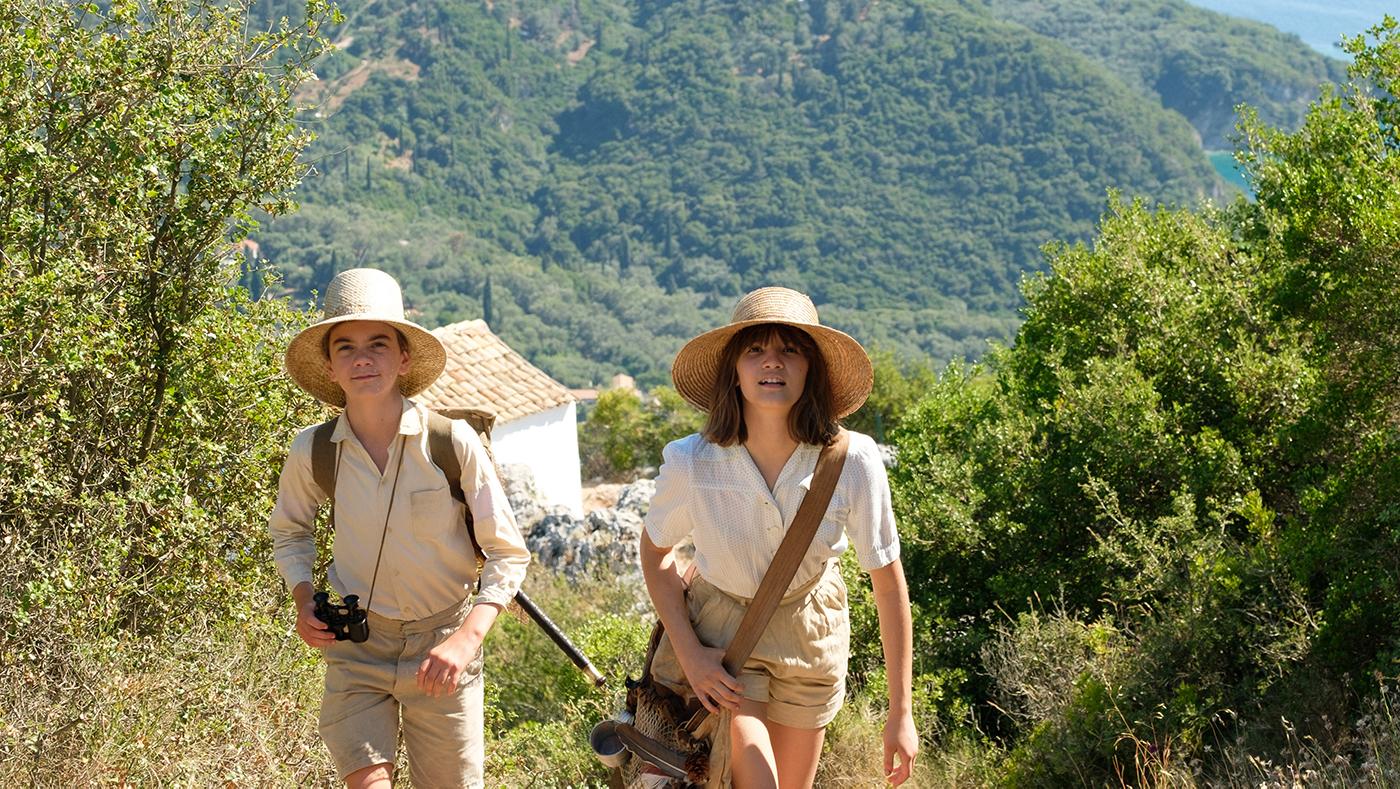 Frank, the newest member of the Durrell household, likes to hang out in the kitchen – literally, given that he’s a sloth. He’s not the only newcomer to Corfu. An Italian father and his three children have arrived from Siena and moved into the poshest villa on the island, to Louisa’s chagrin. Worse, they’re taking up much of Spyros’s time, leaving Louisa feeling neglected. This leads her into an argument with Spyros, which causes an awkward break in their relationship.

Feeling second-best, Louisa heads over to the villa the Ferraris are renting and runs into Guido, the father. He courteously invites her and her children to lunch.

Over food at the villa, the Ferraris are perfectly well-behaved. The Durrells, on the other hand, embarrass Louisa in their typical fashion. Margo is enthralled by the beauty of Clara, one of the daughters; Leslie eats like an animal; and Larry tries to show off. The Ferrari children are strangely subdued, however, and Guido is prejudiced: he calls Greeks clumsy and asks Louisa to teach his daughters to “be women and run a house.” Louisa is put off by the sexism, but agrees to spend some time with the young women. 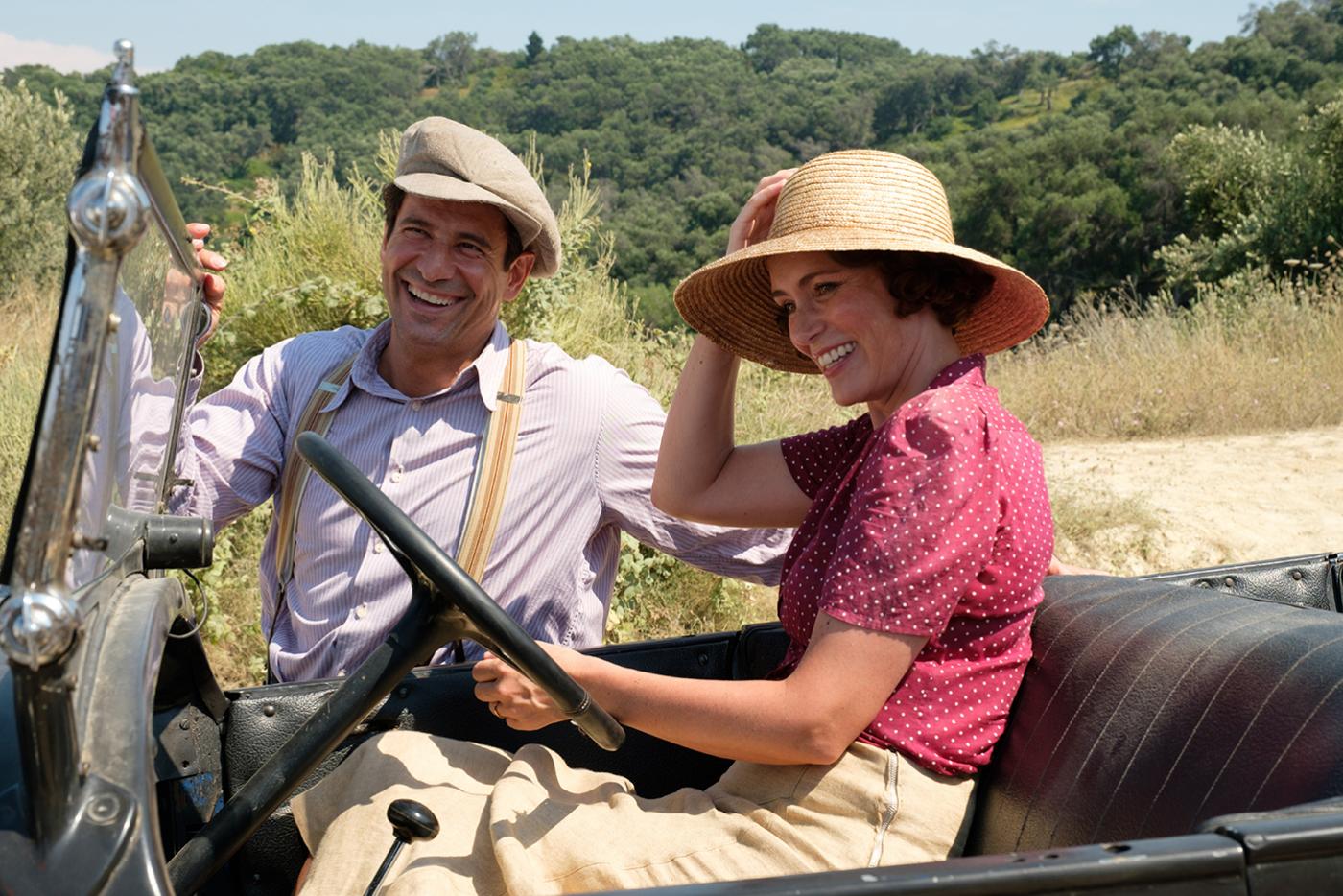 The arrival of another foreign family on Corfu drives a wedge into Louisa and Spyros's relationship. Photo: Joss Barratt for Sid Gentle Films & MASTERPIECE

While she teaches them to clean a fish and boil eggs, Leslie instructs the Ferrari son, Paolo, in sailing. Paolo is odd: he barely speaks, and at one point grabs Leslie’s gun from its holster and shoots it into the water with no warning. He soon finds a better way to occupy his time.

Larry has joined Corfu’s volunteer fire brigade (Leslie wanted to as well, but failed to remain calm during a fitness test), and Louisa suggests to Guido that Paolo do the same. Larry has already instigated significant changes at the firehouse, suggesting such modernizing features as a fire pole and alarms to the chief after reading a book on the topic loaned to him by Theo. Unsurprisingly, Larry’s half-baked reforms cause chaos. But he does manage to form a conversant relationship with Paolo, unlike Leslie.

Margo remains in awe of Clara, and searches for ways to make herself more beautiful to match the Italian woman. She goes to Florence for help with cosmetics but soon turns to a more desperate measure. The feast day of the patron saint of Corfu is coming up, and local myth has it that if you kiss his feet a wish will be granted. Margo dutifully files into the small chapel and, to the horror of the locals, plants a full-mouthed kiss on the saint’s mummified slippers. She is rewarded with illness – you weren’t supposed to actually touch the feet with your lips, Theo chides her.

Theo himself needs some chiding. While he and Gerry search the cliffs of the island for vultures, they meet an adventurous girl of Gerry’s age who is also out bird-watching, and begin to invite her along on their expeditions. Gerry quickly falls for Galini and longs to spend time alone with her, but Theo keeps popping into intimate moments with a dry scientific fact. Gerry finally works up the courage to tell Theo that he’d like to explore the island with Galini alone, and Theo, thoroughly embarrassed, removes himself from the burgeoning relationship. 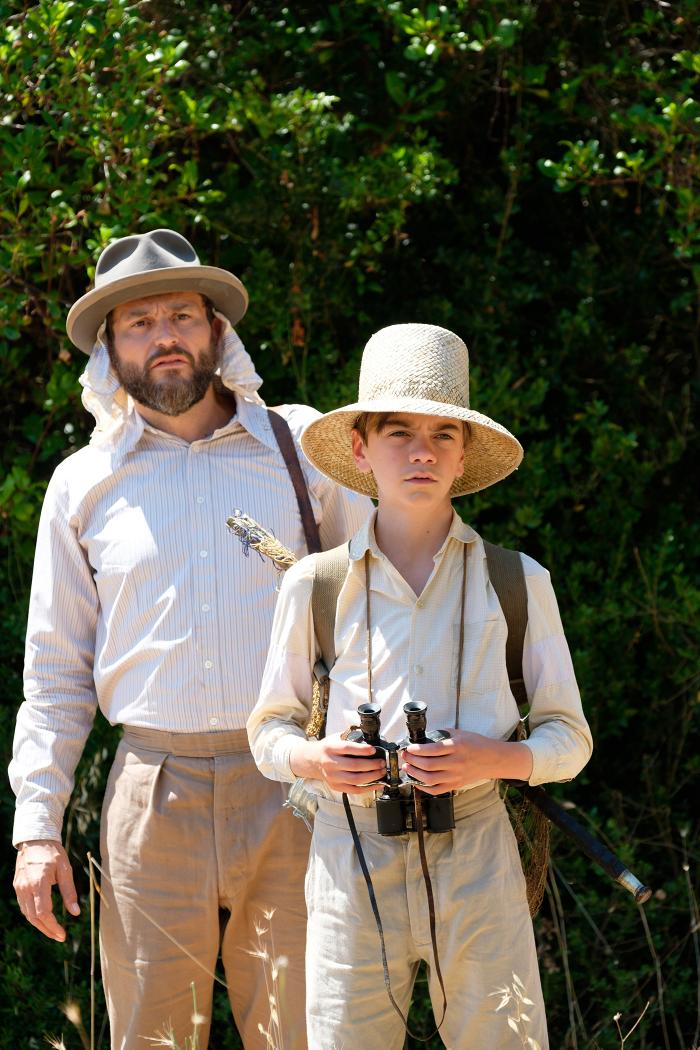 Theo and Gerry are searching for vultures. Photo: Joss Barratt for Sid Gentle Films & MASTERPIECE He retreats to the company of the other Durrells, who are all curious why the seemingly wealthy Ferraris came to Corfu. Their stated excuse is to “recharge their batteries,” but Leslie heard from a colleague in customs that they left Italy in a hurry. Theo reaches out to a friend in Siena and learns that the Ferraris have a secret: Paolo ran into an elderly man with a car, killing him. The Ferraris must be on Corfu to escape prosecution.

The Durrells use their newfound friendships with the Ferrari children to ask about the incident. The daughters reveal to Louisa that the family is in a crisis. Guido owes money to several creditors, including the gullible Spyros, and he has been a bully towards his children ever since their mother died. When Larry presses Paolo about the accident, Paolo lets slip that Guido was the one driving the car. Paolo was forced to take the blame and stay silent.

A confrontation occurs when Guido “borrows” Spyros’s car to pick his daughters up from the Durrell home and Louisa confronts him about his bullying of his daughters. He is furious and moves threateningly towards Louisa but is stopped by the appearance of Paolo and Larry, who reveals that Guido was the reckless driver. He encourages Paolo to stand up to his father, but Paolo demurs. Louisa rushes to grab the keys from Spyros’s car before Guido takes it again, and the entire Ferrari family retreat in shame. To top it all off, Gerry and Galini appear with a new pet: a rescued young vulture.

Louisa returns the car to Spyros and the two reconcile. Unfortunately, it looks like Spyros’s loan to Guido will never be repaid… until the Ferrari children come to the Durrells the next day and hand over their father’s watch as payment. They finally confronted their father and will be returning to Italy, where they will tell the truth about the accident. Though the Durrells are sad to see the children go, at least they are again the “best foreign family on the island.”