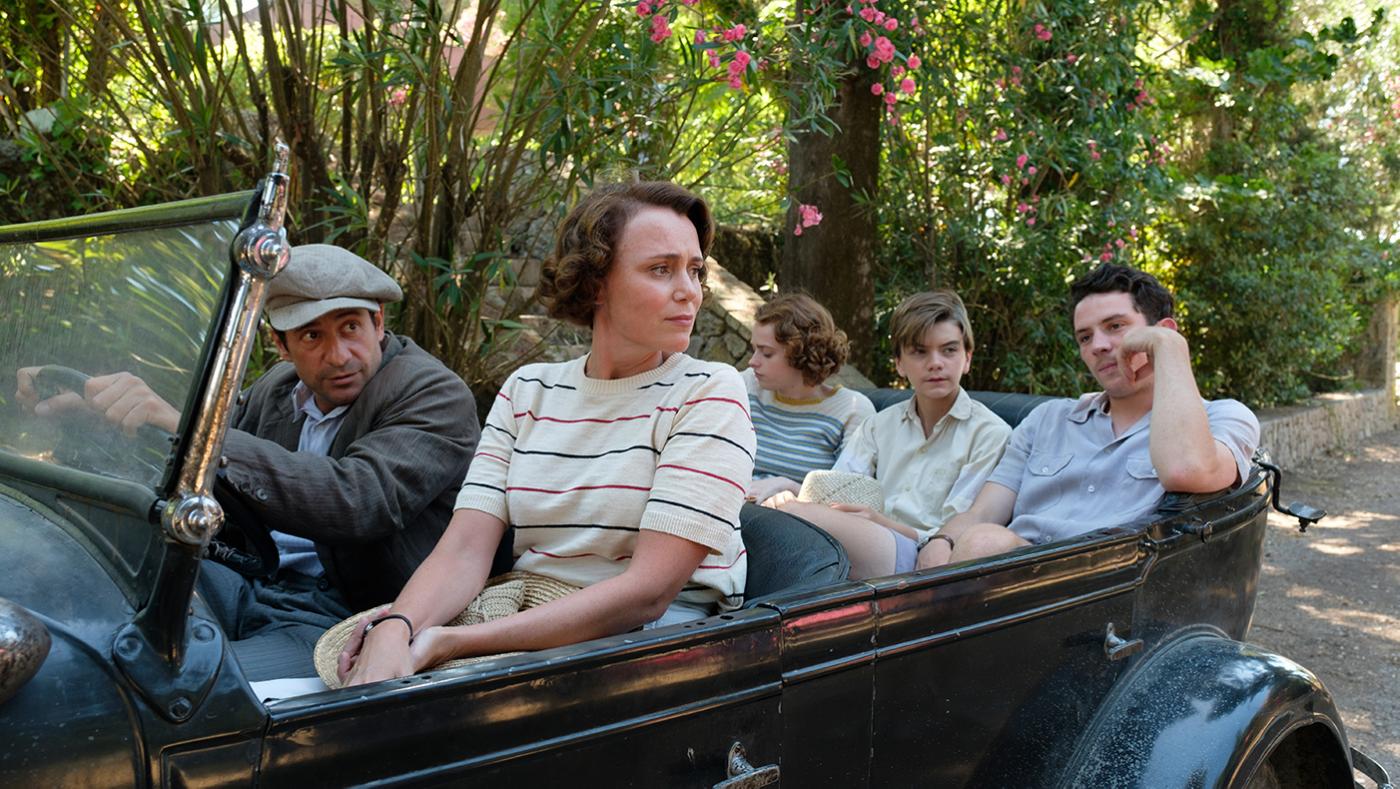 A circus comes to town, bringing a new prospect for Larry and a hobby for the rest of the family. Photo: Joss Barratt for Sid Gentle Films & MASTERPIECE

The Durrells in Corfu airs Sundays at 7:00 pm and is available to stream. Read our recap of the previous episode, the following season's premiere, and other seasons.

Spyros has firmly left his spell of depression behind – in fact, he seems almost happier now than he was before his wife left him. He and Louisa are spending most of their time together, cautiously flirting and flashing smiles at each other. Perhaps their long-tamped-down feelings will finally blossom into acknowledged romance.

The other Durrells are having much less luck in love. Zoltan is behaving oddly around Margo; she suspects he’s being unfaithful. To distract herself, she has decided to take up a new hobby. A traveling circus has come to Corfu, and she will contribute an act – not that she knows what it will be yet.

Leslie has finally fallen in love with Daphne and become excited about having a child with her. He proposes to her with a wooden ring that he made himself. But, although she says yes, she seems upset and runs off. Leslie goes to ask Margo for advice but finds Florence instead. When she asks how many months pregnant Daphne is, then remembers that it’s seven months – her husband is the one who examined Daphne – Leslie becomes angry. The child isn’t his. He only slept with Daphne five months ago.

Leslie confronts Daphne, and she admits that he is not the father. The real father abandoned her. But she still loves him and wants to marry him, if he will have her. A baby needs a father, and he would be a great parent. Leslie needs time to think. 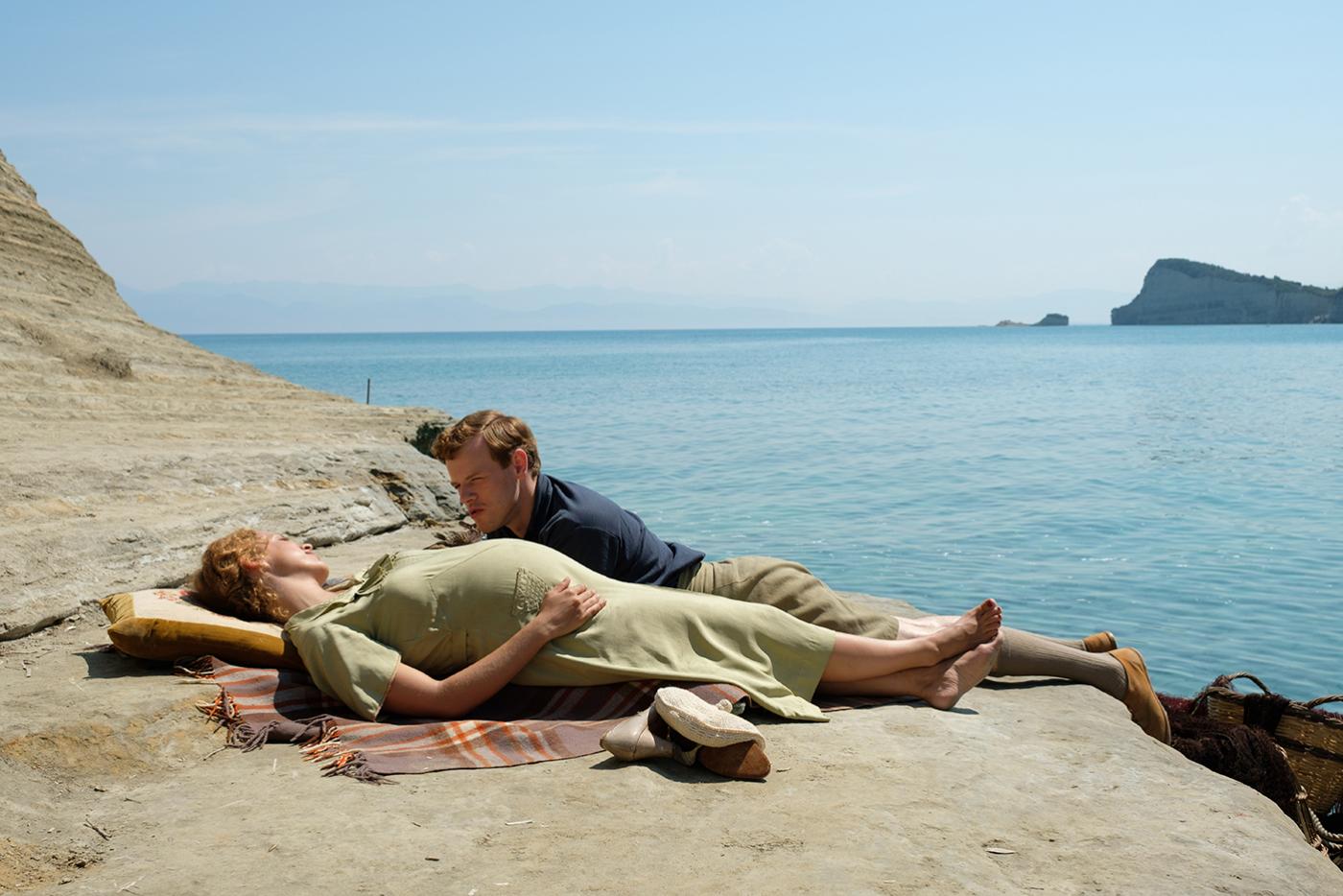 Leslie has finally accepted Daphne's pregnancy and is ready to take the next step. Photo: Joss Barratt for Sid Gentle Films & MASTERPIECE

Larry, meanwhile, has begun a torrid affair with a striking contortionist from the circus. (Her flexibility lends itself to many innuendo-laden jokes.) The circus is struggling: they aren’t selling tickets, and several acts have left them. So the contortionist asks the Durrells to help. Louisa, who loves a good circus, eagerly accepts. She and Spyros set off in his car, flying a banner advertising the show.

The other Durrells decide to contribute acts. Margo continues to search for her talent and hits upon magic. But her practice attempt to levitate Gerry fails, so she turns instead to a trick with Leslie. He’ll shoot her, and she’ll catch the bullet in her mouth. Gerry is eager to see the circus’s trained animals – as long as they are treated properly – and offers some of his own creatures to participate. Larry will do nothing, except lust after the contortionist. He is at least contributing in some ways to the Durrells wellbeing, by writing entirely fictionalized accounts of Corfu for the press back in England.

When the evening of the circus rolls around, he does end up taking part. The woman who plays the “talking head” gets into an argument with the ringmaster and refuses to perform, so Larry is enlisted to take her place. As he babbles on in front of the audience, Louisa and Spyros, who have been edging ever closer throughout the performance (even during Margo’s death-defying but ultimately successful stunt), almost kiss – and then the ringmaster interrupts them.

They finally acknowledge their love, albeit obliquely. He tells her that he can’t say he loves her while she’s still married, but she should imagine it. “I have, many times,” she responds. He calls her Louisa for the first time. 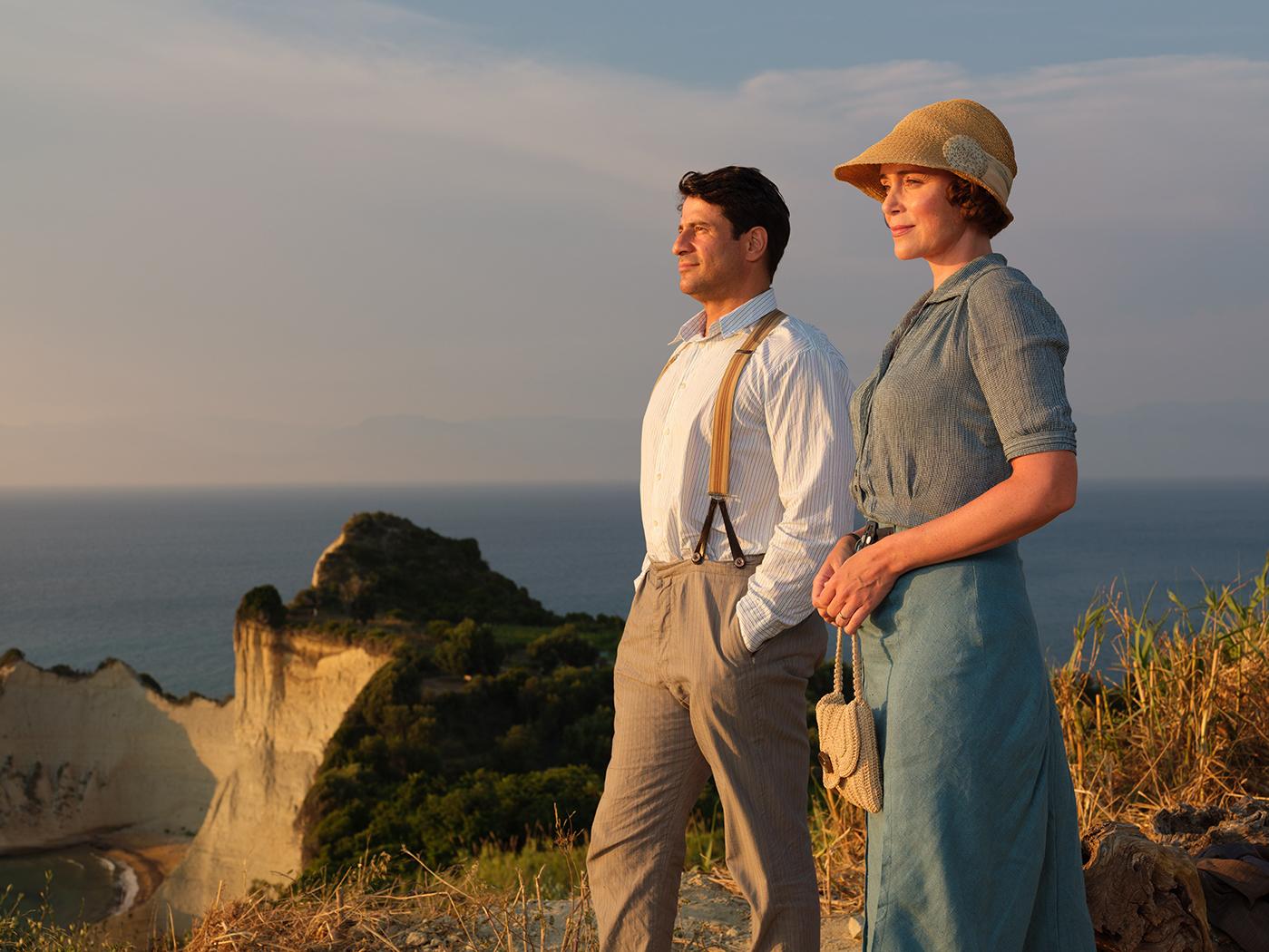 While that romance begins to flare to life, Margo’s dies. Zoltan has been called back to Turkey to attend to the family business; his father refuses to let him stay in Corfu. He thought he would make Margo hate him by being standoffish, rather than admit the real reason they have to break up. Having done that stupid thing, he redeems himself by bringing her “genuinely the best present I’ve ever had” as a goodbye gift: a model of the Durrells’ Corfu home that he made himself, and furnished with dolls of himself and the ghost of Aunt Hermione, so that they remain in her life. She gives him one of her bras.

Leslie is ready to take the next step in his relationship – but then Daphne tells him that the real father of her child has returned, and has promised to stay. Leslie cannot marry Daphne after all. He had finally made up his mind, and now his choice has been taken away from him.

Even the one the relationship that was going well quickly has the rug pulled out from under it. Spyros’s wife has returned to Corfu with the children. Louisa is once again Mrs. Durrells to her. She’s absolutely heartbroken.

Luckily, she has a distraction. Larry’s articles about Corfu have borne “unexpectedly heavy fruit,” in his words. A bevy of English tourists has read them and decided that they want to experience the wonderful delights of Corfu for themselves. And since Larry mentioned the large home that he and his family live in, they figured that they could stay there. Louisa is initially aghast – until her excited children remind her that they can charge the tourists for room and board, thus solving their money problems. Anyway, one of their most distinguished visitors is leaving with the circus: Frank the sloth is going back to his natural habitat with the animal trainer. It's time for him to go home.