What Americans Get Wrong About North Korea 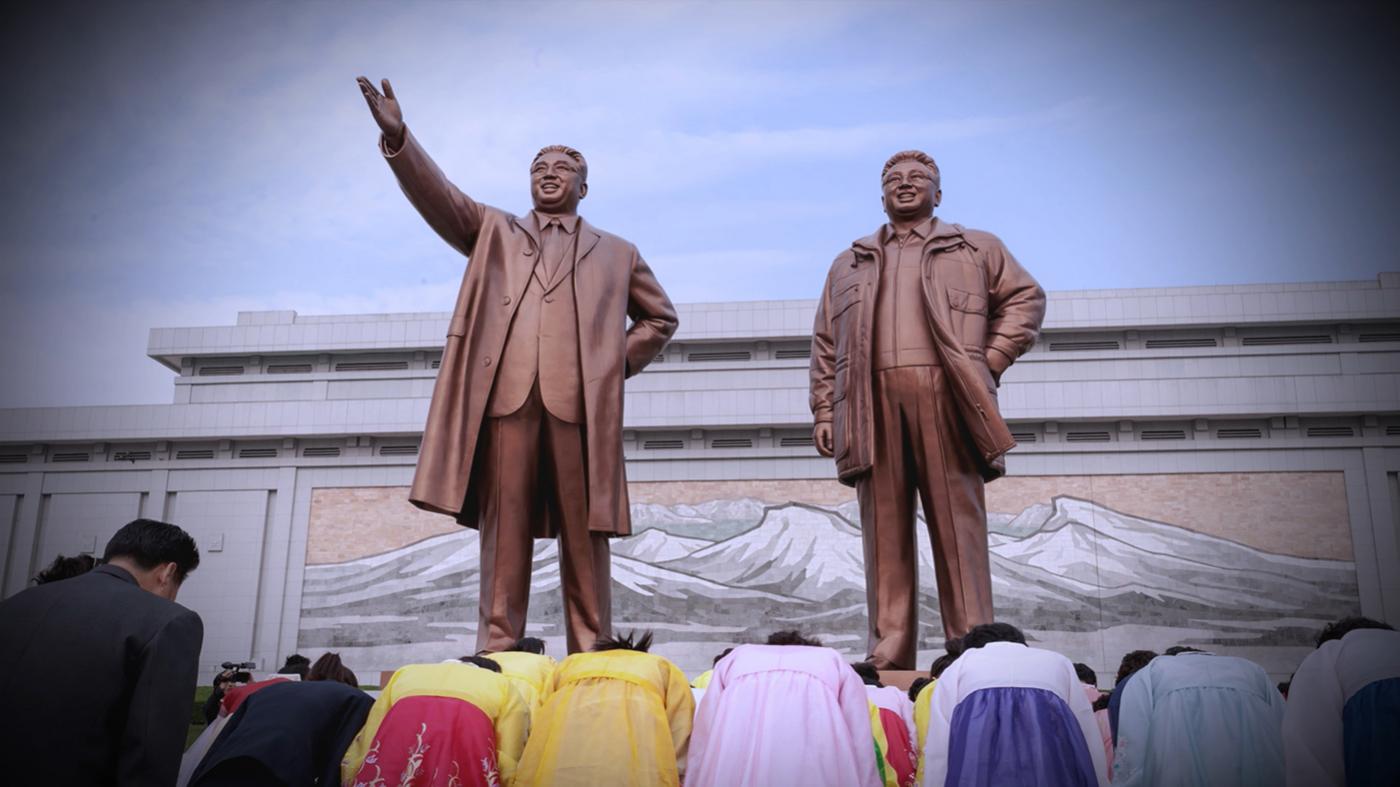 The Dictator’s Playbook airs Wednesdays at 10:00 pm and is available to stream for a limited time.

North Korea inspires more fear and anxious obsession in the United States than perhaps any other country on earth, but it’s also one of the least understood. Despite the brain- and news-space that North Korea takes up in the U.S., most people have only a flattened image of the country as an evil dictatorship threatening the U.S. with nuclear weapons, without knowing anything about the history that led to an aggressive, nuclear-capable North Korea, and the U.S.’s own implication in that history.

North Korea’s leaders are “considered to be totalitarian weirdos who will do anything” by most Americans, says Bruce Cumings, a historian of East Asia at the University of Chicago who specializes in modern Korean history. “We need to get a much better perspective on North Korea, and pay more attention in the media to South Korea.” Cumings – who appears in an episode of The Dictator’s Playbook about the father of the modern North Korean dictatorship, Kim Il Sung – can offer just such a fresh perspective on both Koreas and address the blind spots of most Americans. In this interview, which has been edited for clarity and condensed, he does just that.

North Korea has been ruled by three generations of the Kim family – Kim Il Sung, Kim Jong Il, and Kim Jong Un – for seven decades, making it one of the longest-running modern dictatorships. How have they maintained power for so long?

The way they maintain it is to dip into Korean political culture. The people of North Korea have known nothing but centuries of monarchy, and then the Japanese dictatorship during the colonial period [from 1910-1945] that required them to worship the Japanese emperor. The North Korean leaders, beginning with Kim Il-Sung, just took that traditional political culture and used it for all it’s worth to support their own power.

One thing that was, and still is, very hard for me to understand about Korean culture is the way they fawn on their leaders. The first leader in the South [after the division of Korea in 1945], Syngman Rhee, was called the Moses and the Messiah, when in fact he was a 70-year-old exiled politician who never made a nickel until the U.S. put him in power. Even today, it’s almost impossible for a younger Korean who’s dealing with a person who’s older and in authority to appear to express an independent viewpoint. The North Koreans, of course, took this beyond excess: in 1945 when Kim came back from his guerilla exploits, his colleagues wrote a biography about him where they basically said he can walk on water, he’s a genius and a great leader. It’s very similar to the way Koreans traditionally talked about their kings. And the average North Korean frequently refers to their leader as “King.” There’s a great deal of continuity in North Korea from the Japanese period, compared to South Korea. In many ways, South Korea is much more revolutionary than the north, in its opening to the world economy and democratization.

Does that traditional Korean political culture help explain why both North and South Korea ended up with dictatorships after national division? 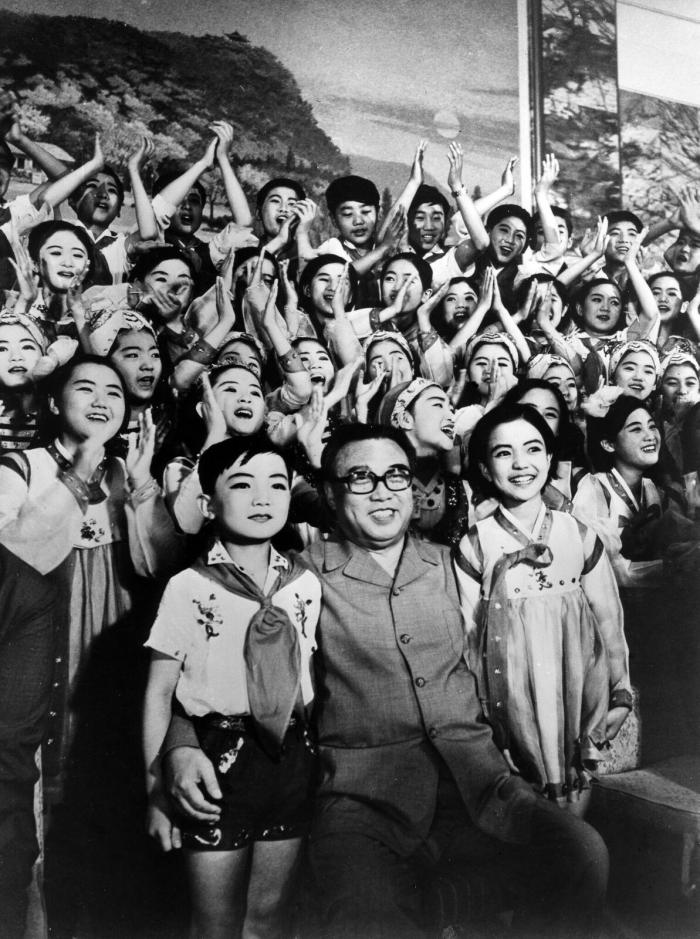 Kim Il Sung. Photo: AP Images I think the two dictatorships were quite different, but they were both a response to the crisis of national division. North Korea in the 1940s was the much stronger party, and that was because revolutionary nationalism really swept East Asia after World War II, with highly nationalistic, anti-colonial movements in North Korea, China, and North Vietnam. With a strong left wing throughout the Korean peninsula, a reactionary right-wing dictatorship emerged in the South that fought against the left both internally and in North Korea. Park Chung Hee, who was a dictator in the South for 20 years, was basically a former officer in the Japanese military who had no nationalist credentials. His dictatorship was necessary in order to maintain his rule. Eventually, he was assassinated by his own intelligence chief.

The U.S. has rejected North Korean legitimacy for 73 years, and the justification is almost always that it’s a dictatorship with human rights abuses, which is true. But for many, many years, South Korea was also a dictatorship with human rights abuses. Up until around the early 1990s, when South Korea began to democratize, the United States didn’t want to recognize North Korea because that would give it legitimacy, and probably undermine the South Korean dictatorship [which the U.S. saw as a bulwark against the spread of Communism].

Do you think Moon Jae In, the President of South Korea, and Kim Jong Un, the leader of North Korea, can move Korea towards reconciliation as they continue to engage with each other?

I am optimistic that they can accomplish a lot. In particular, I hope that they can make a dent in U.S. hostility toward North Korea, so that we can finally recognize the North and have some influence over that regime with an embassy in Pyongyang, and get rid of the nuclear problem. I think very highly of Moon Jae In; he’s very experienced and he’s done a great job. But I think his long-term policy is the same as that of Kim Dae Jung [the democratizing South Korean politician who served as President in the 1990s and won a Nobel Peace Prize for his engagement with North Korea], and that is that unification is for 30 or 40 years hence. The task now is engagement, and reconciliation, and deepening mutual knowledge between the two Koreas.

What should the U.S. do to aid the reconciliation process?

I think that we have the first possibility in Washington ever that we might get some real progress with North Korea. Your average Beltway wannabe expert on North Korea has a list of about twenty things North Korea has to do before we deign to recognize them, starting with the nuclear weapons and missiles, but going through human rights abuses, and the gulag and all that, and that’s always been a non-starter. Trump doesn’t know this history. He seems to enjoy being with dictators, and he seems to enjoy Kim Jong Un, so you have a situation where he may do things that will make it impossible for the U.S. to continue to isolate North Korea and sanction it. There’s a possibility for breakthroughs that the Washington foreign policy establishment doesn’t want. I don’t know that that’s going to happen, by any means, but it’s the first time that there’s a real possibility. It took Bill Clinton six years to finally engage with North Korea, and he made a lot of headway, but it was immediately reversed by George W. Bush. Trump’s ignorance, his inability to read history, is a terrible fact that nonetheless creates an opening, because he’s basically a tabula rasa.

Is there one thing you wish more Americans knew about North Korea?

People are always flabbergasted to find out that the U.S. introduced nuclear weapons to South Korea in 1958 and kept them there until 1991, and that the U.S. used nuclear blackmail and intimidation time and time again, starting in 1951 during the Korean War, and that North Korea was essentially defenseless against this for decades and decades. And then, of course, when North Korea was finally able to get their hands on a deterrent, they very assiduously tried to build it up, though that’s not to say that North Korea is blameless. There’s just very little reporting on the background of the nuclearization of Korea, which was begun by the U.S.

There’s just a real lack of interest in South Korea on the part of the general media, and then with North Korea it’s just the same symbols and tropes all the time: about Kim Jong Un being weird and running a dictatorship, and human rights abuses, and a gulag. CNN does this all the time. They’ll come out with the story, “North Korean Threat,” right after Obama or someone else sends a nuclear-capable bomber over North Korea, as if that’s not a threat from the U.S.

I didn’t really know what to expect when I first went to North Korea, in 1981, but what surprised me was the ordinary lives that people led under an intense dictatorship. They were funny, they had their loves and their hates, they were quite normal, and yet they were living under what is often described as the most brutal dictatorship on the face of the earth. And I think it’s very hard for Americans to understand that, that even in Hitler’s Germany, daily lives went on while they were burning millions of people. That was my most profound impression about North Korea: they’re ordinary human beings, when all is said and done, they just have to put up with a political system that we would find particularly abhorrent.