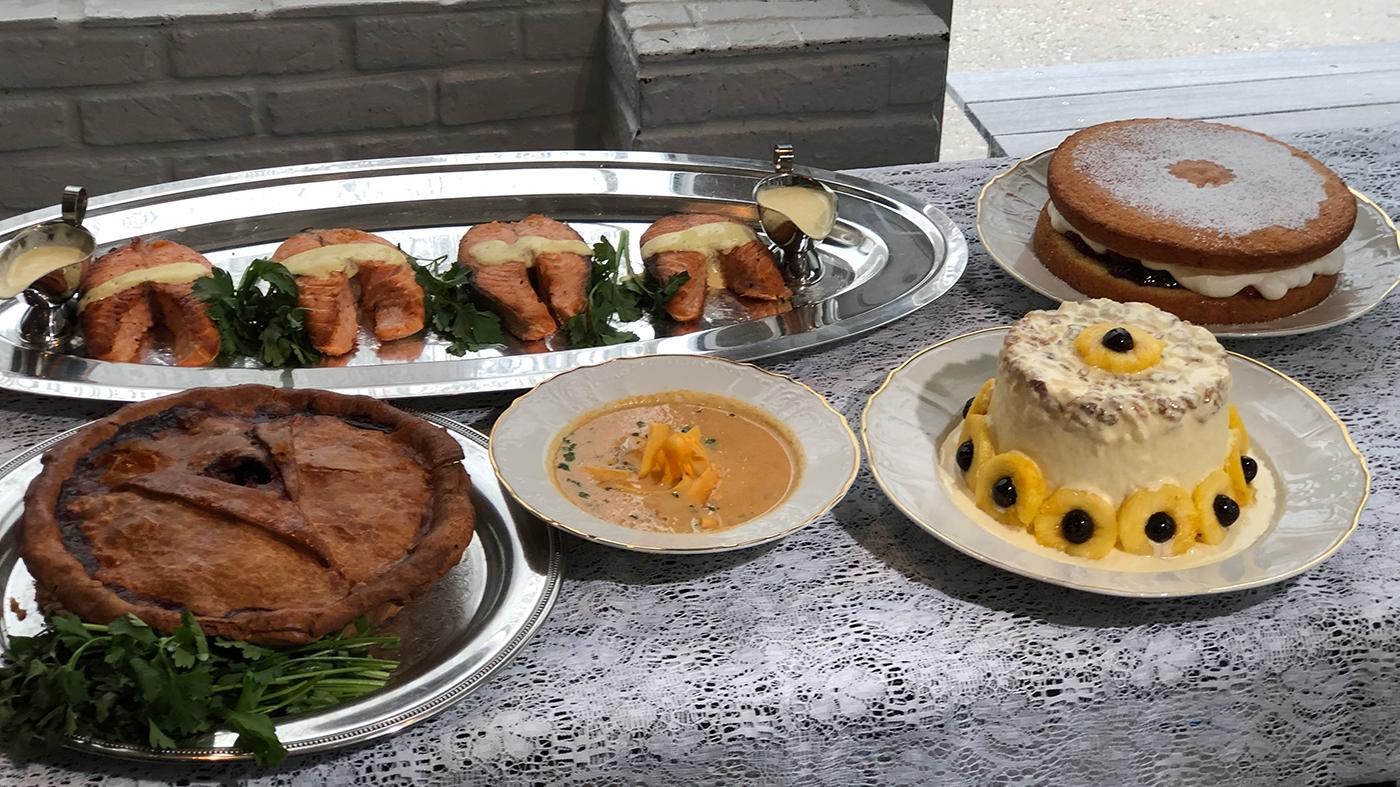 Wealthy Victorians hosted elaborate feasts of multiple, extravagant courses, such as these ones prepared by Art and Chelsea Jackson

Victoria airs Sundays at 8:00 pm and is available to stream. Explore all of our Victoria content.

Art Jackson, a chef and owner of Pleasant House Pub in Pilsen, learned from his grandmother how to make ginger beer when he was a boy. Her method included an odd step: after combining the ginger, sugar, lemon, and water, she added a toasted piece of bread topped with yeast. Throughout his career in the food business, Art would tell people about his grandmother’s method, and they would look at him askance. Only once he began researching the foods of the Victorian era in order to prepare some of them for us in the video below did he finally discover corroboration of his grandmother’s unusual ginger beer recipe, in Avis Crocombe, a late-nineteenth century English cook.

Mrs. Crocombe’s ginger beer recipe isn’t the only culinary aspect of the Victorian era that has lingered on to the present day – and many are much better known. The two- to three-course meal was popularized then, as was the style of serving dishes course-by-course (service à la Russe) rather than all at once, as had previously been the fashion (à la française). The Victorian age saw the birth of the afternoon tea, at which people might enjoy Victoria sponge cakes, which got their name because they were one of Queen Victoria’s favorite treats. And throughout the era, consumption of sugar consistently rose across the population (perhaps as a result of those newfangled teas with all their baked goods), the beginning of our own obsession with it.

But while many of these innovations came from the wealthy and were adopted by a burgeoning middle class, most didn’t reach the working class. The contrast between wealthy and working class diets was unsurprisingly drastic, reflecting differences in access to ingredients, economic opportunities, and kitchen staff and equipment. In the below video, Art Jackson and his co-owner, fellow chef, and wife Chelsea prepared two menus: one that might be a single meal in a royal household, and one that might feed a working class family for as long as a week.

Bread was the staple of the working class diet, supplemented primarily with vegetables. Since meat was expensive, many working class families ate it only once a week – and they made the most of it. A cook would boil a piece of beef or mutton with vegetables one day (probably Sunday, the only day many people had off from work), then return to the boiling pot the next day and skim the fat off from the top to be used for frying or pie crusts. Then he or she could set the liquid back to boiling, adding a stingy amount of oatmeal (one recipe recommends a tablespoon of oatmeal for every pint of liquid) to produce another nourishing meal from the broth. Recipes call it a pot liquor soup; we’d more likely call it gruel. 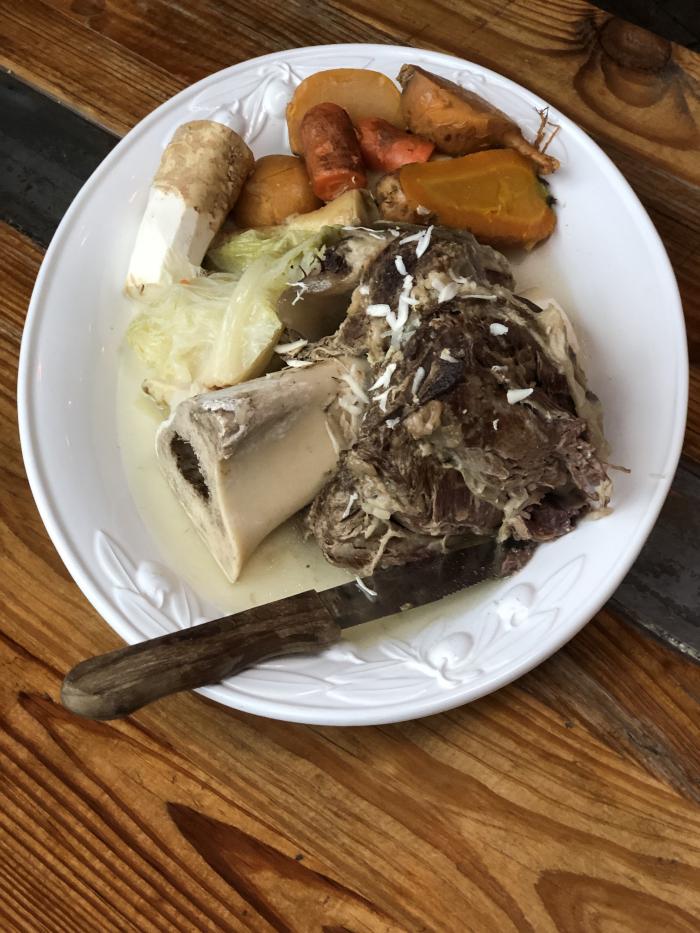 The working class might eat meat once a week, such as this boiled beef shank Working class families might be able to buy cuts and trimmings of meat that no one else wanted, too. Sheep’s organs, shanks, gristly bits, and heads could be purchased cheaply. Most of these cuts were tough or didn’t have much meat on them, but they could produce a filling broth, and heads in particular provided delightful little treats such as nubbins of brain, eyeballs, or tongue.

The worst-off urban poor, who lived in slums, likely had even less access to meat, perhaps getting only a small piece in a thin broth from a soup kitchen. The nutritional effects of this diet were visible even in the height of the poor: one study found recruits to the navy from the slums were on average 8.6 inches shorter than the wealthy or middle class recruits to a Royal Military Academy. There was even a marked height difference amongst the wealthier recruits, with those coming from less moneyed backgrounds 0.3 to 1.3 inches shorter than those who came from a higher class.

The wealthy hosted extravagant feasts with numerous courses that were designed to please the eye as much as the palate. Elaborate jellies, roasts, puddings, and other ornate dishes prepared by a whole army of kitchen workers received ostentatious platings under the direction of a chef like Charles Elmé Francatelli, who cooked for Queen Victoria and popular dining clubs (He’s a character in Masterpiece’s Victoria.) One sample menu from late in the Queen’s life contains two soups, six entrée-sized courses of fish, meat, or vegetables, two desserts, and a side table with “hot and cold” fowls, beef, and tongue. 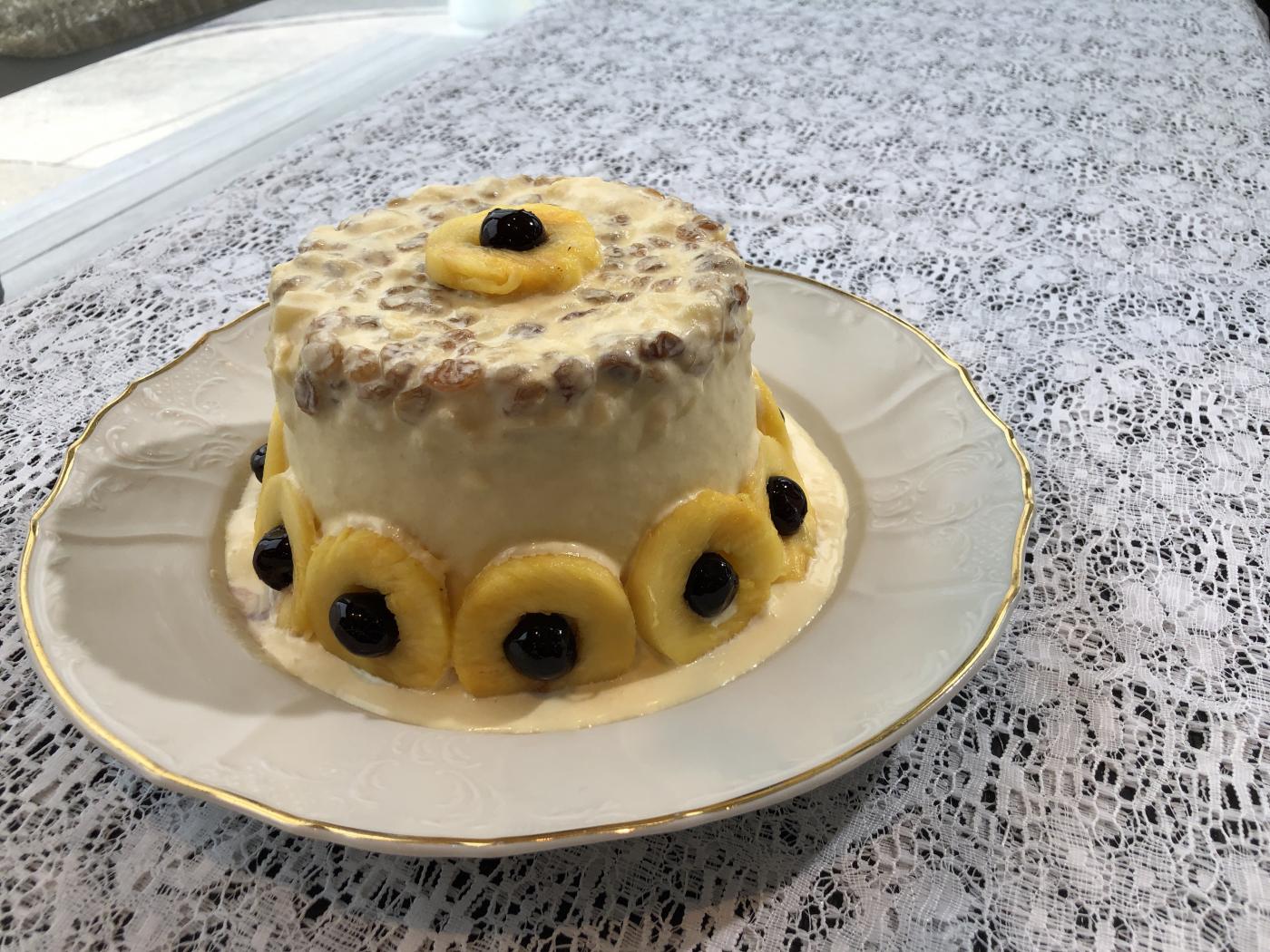 Many of these courses featured expensive ingredients unavailable to most people. Pineapple, which is used in the iced pudding Chelsea Jackson made for our video, was a sign of wealth, since it had to be cultivated in special, labor-intensive hot houses. Ice houses also distinguished wealthy households, and allowed for the preparation of iced puddings and creams. The British upper classes controlled much of the land in England and set aside grounds for hunting. Thus they could eat game that they themselves had killed, such as pheasant, venison, or hare, which might then be baked into a rich game pie.

While the wealthy dined on pheasant, the working class might be poking around a sheep’s head for a bit of brain – if they were lucky. Or they might be worse off, like the orphans in Oliver Twist, begging for just a little bit more gruel. 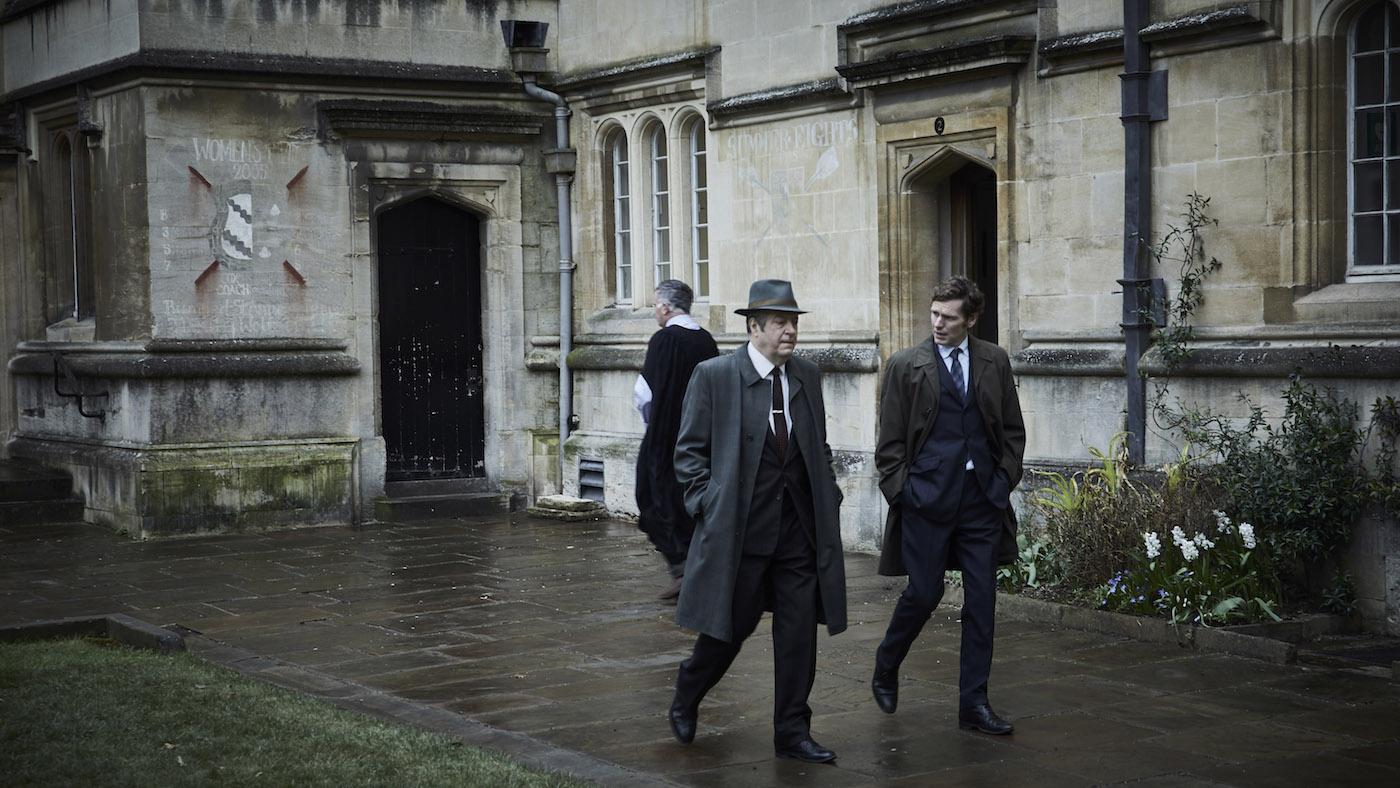 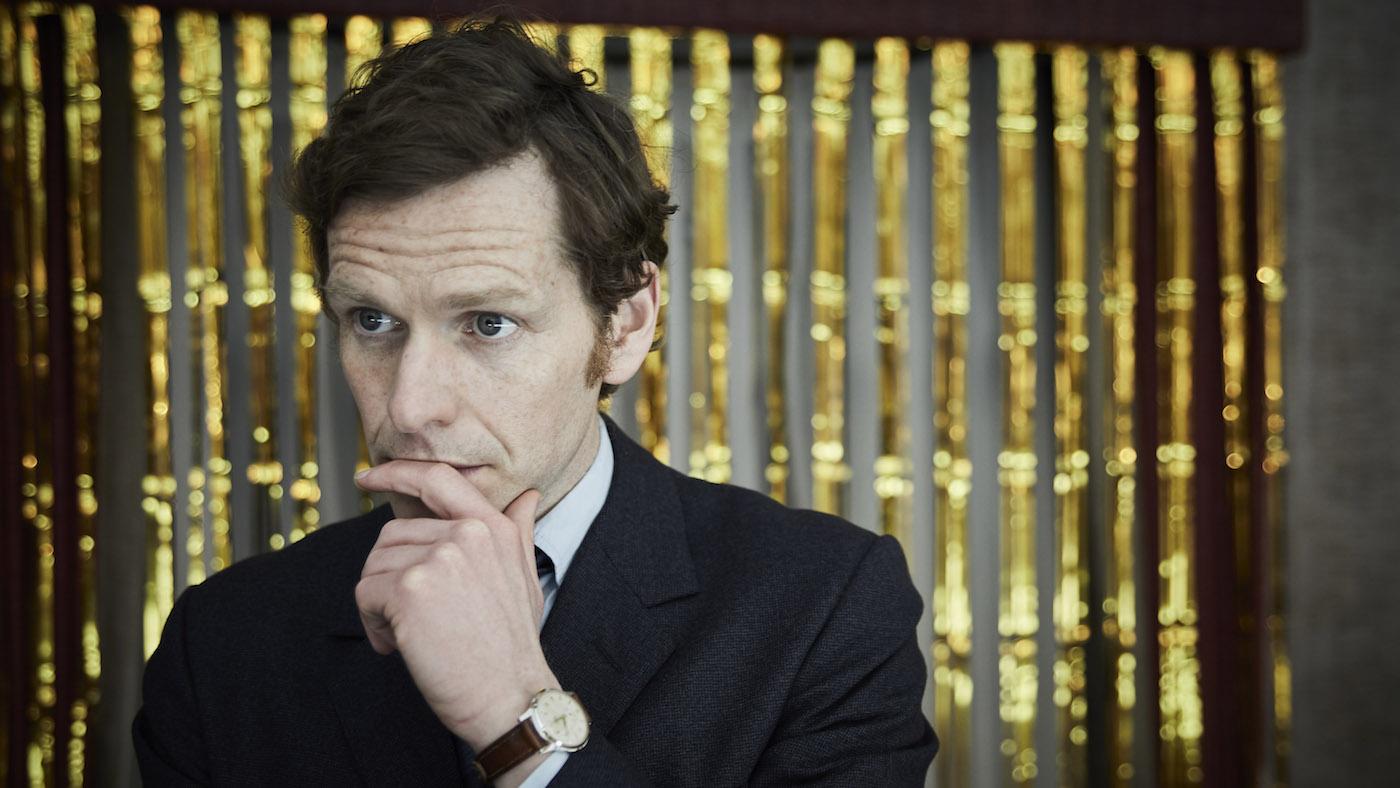