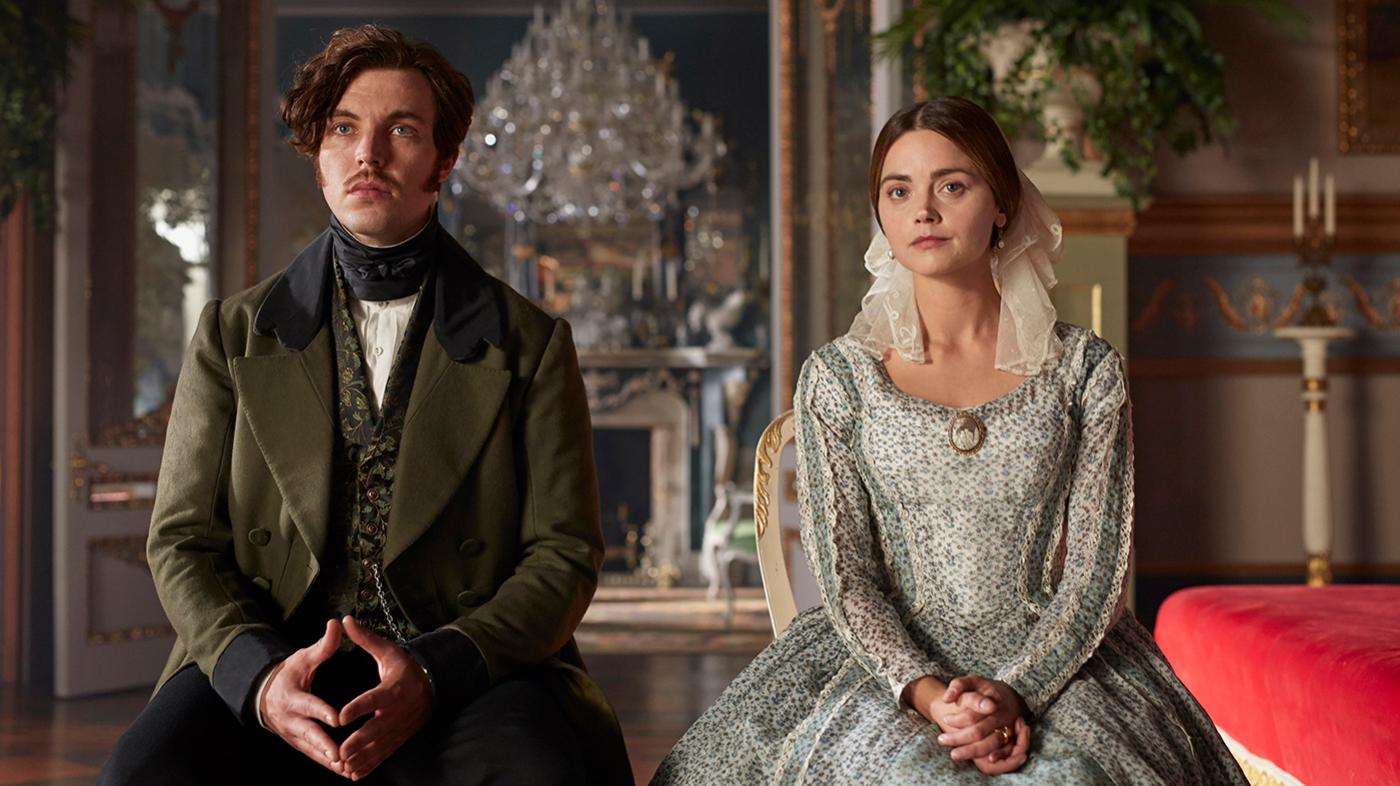 Albert and Victoria's marriage continues to fracture even as Victoria confronts an image crisis. Photo: Justin Slee/ITV Plc for MASTERPIECE

Victoria and Albert have made up; romance and love have been reintroduced into their marriage!

No, it’s a flashback to the happy time when Victoria had just given birth to her first child and the young royal couple sketched each other in blissful domestic scenes. In the present day, even Victoria’s children have been infected by the poisonous belief of Feo and Albert that pregnancy and childbirth have clouded Victoria’s mind and made her “difficult.”

Victoria is increasingly suspicious of Feo and her manipulative comments to Albert, but Albert is grateful she’s around to take care of the children. Bertie continues to act out, especially in the presence of the perpetually disappointed Albert. So when Feo suggests that Bertie might have inherited his great grandfather’s mental instability, Albert decides to bring in an expert: a phrenologist. The quack doctor measures Bertie’s skull and diagnoses a certain “feebleness of mind” inherited from the old King George. Albert’s worst fears are confirmed. He now takes a defeatist approach to Bertie – what’s the use of trying to teach him, or play chess with him, if he’s innately stupid?

While Victoria is dealing with this crisis of parenting, her status as a mother comes to the forefront of public opinion. Someone has sold the sketches Victoria and Albert made of each other with the infant Vicky to the newspapers. Victoria is apoplectic and embarrassed: given that she’s washing Vicky in one picture, the public are “going to see a woman, not a queen,” and she doesn’t want to be viewed as a common maid. Unfortunately, the prime minister advises her not to take action. Anything she could do would make it worse.

The timing is unfortunate, too, for Victoria’s newest child is soon to be christened. A large costume ball is being arranged by Feo to celebrate, and Leopold has arrived to attend. To try to mitigate the damage to her image, Victoria decides to buck precedent and add a crown to her profile on a new coin that will soon be released. Albert is in charge of the design of the coin.

More embarrassment awaits at the ball. The Duke of Monmouth, suspicious that Sophie is cheating on him, suggests that she dress as one of his ancestors. Luckily for her, Joseph (with whom she is cheating on Monmouth) overhears this plan and reveals the history of the ancestor: she took a lover because she had a miserable marriage, but her husband found out, divorced her, and took the children away. She then took her own life. Monmouth just wants to embarrass Sophie by dressing her as a jilted, disgraced woman. She decides to pointedly rebuke her husband and go as her own ancestor, instead: a servant.

At the ball, Sophie indulges in the fantasy that she is, in fact, of a lower class, and thus able to have a romance with Joseph. The pair sneak off for an assignation in a closet. But Monmouth is on the look-out for any funny business (he thinks between Sophie and Palmerston), and notices Sophie’s prolonged absence. And Penge, perpetually distrustful of Joseph, realizes the footman has gone missing. Fortunately, Joseph and Sophie manage to return to the ball without either of their supervisors catching them.

Victoria also notes some strange behavior at the ball. There are several guests who lack a certain refinement – and she has no idea who they are. Feo has some expensive new accoutrements – a sapphire tiara, a fine horse. Has she been offering invitations to the ball in return for gifts? Perhaps she was also the one who sold the royal pictures to the press? And, come to think of it, Bertie’s outbursts only started after Feo arrived at the palace. (Feo’s antagonist Palmerston has also noticed Feo’s luxurious new items, and her association with the unsavory characters who are now at the ball.) 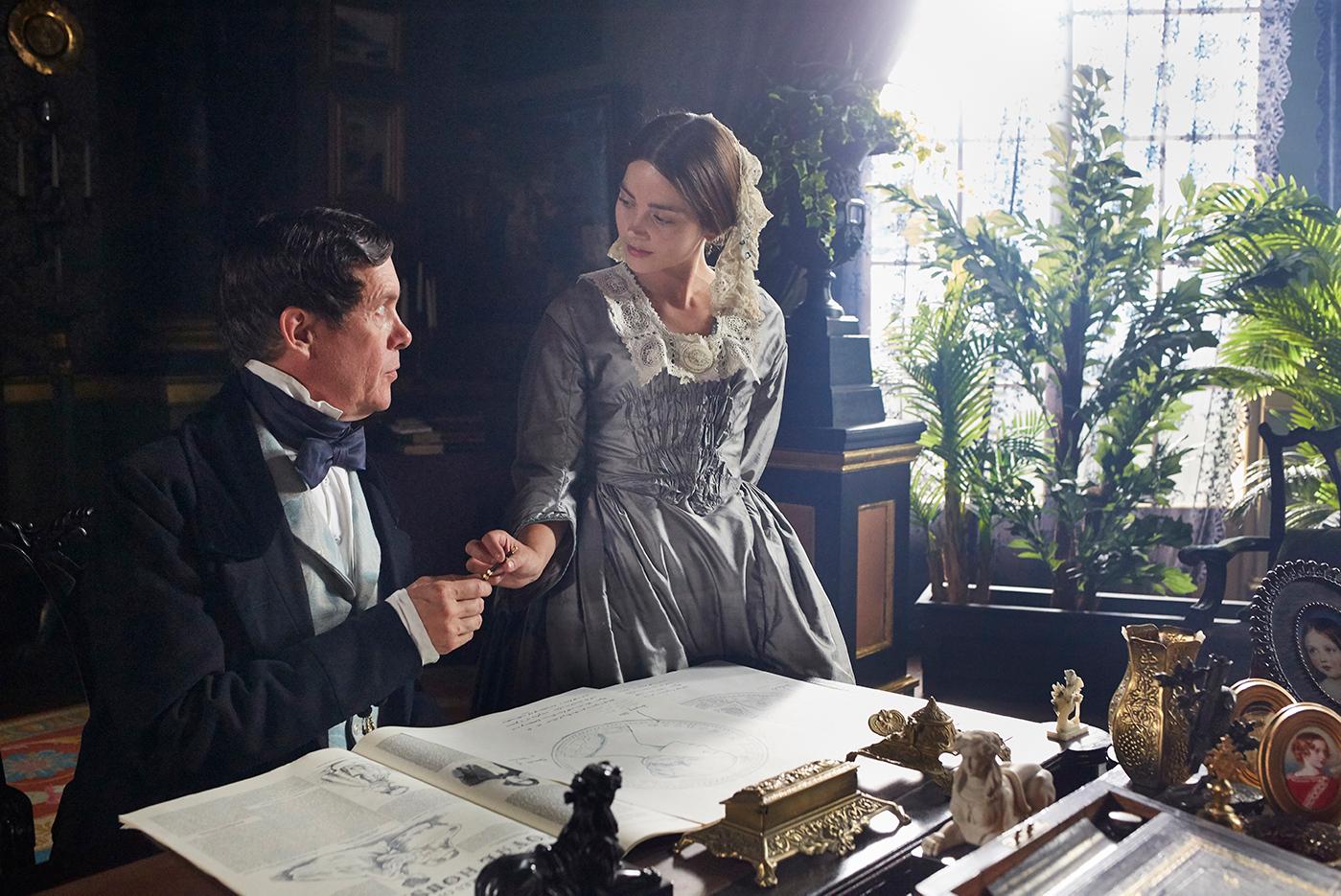 Feo blames Leopold for her unhappy life and resents Victoria for her status. Photo: Justin Slee/ITV Plc for MASTERPIECE

Victoria confronts Feo, accusing her of turning Albert against her, too. Feo reveals the cause of her animus towards her half-sister. She has led a miserable life – a leaky house, a drunken husband – since being forced to leave England by her mother and Leopold in order to marry. While those two guardians prepared Victoria to be queen, they shunted Feo off the first chance they had. This sorry tale fails to inspire sympathy in Victoria, especially given that Albert continues to take Feo’s side even when her corrupt dealings are revealed and Victoria tries to kick her out of the palace.

There is some good news for Victoria. Palmerston has seen merchants selling framed etchings of the leaked royal pictures on the street; he argues that this means the public isn’t laughing at her but rather appreciates the portraits as evidence that Victoria is a regular person and mother just like any other woman. The sketches humanize her – and Abigail, her dressmaker, agrees.

But there is now another issue with Victoria’s image: the new coin has been issued - without the required phrase “by the grace of God,” making Victoria seem godless. Blame falls on Albert, who makes the excuse that he had to get rid of the inscription because Victoria wanted a crown. Worse, he’s failed her in another way by suing the printer of the etchings, despite Russell’s warnings against it.

The argument escalates, with Albert accusing Victoria of pandering to the public and being incapable of logic. She smashes a phrenology model in response.

After interrupting this battle for the christening of their child (during which Monmouth notices Sophie smiling happily at Joseph), the royal couple return to it. Albert tells Victoria that her “intellect” is “overtaxed” – a variation on Feo’s theme that Victoria is irrational. Perhaps Victoria shares the phrenological defect of her mad grandfather and unruly son.

Victoria gives this the response it deserves: she slaps Albert. Exhausted, distraught, despondent, she asks him when he stopped loving her. He offers a dutiful – and unconvincing – rebuttal that he still does.

Victoria retreats. She finds her “defective” son Bertie weeping over Albert’s lack of love for him. He has tried reshaping his head with a pot, because “pa won’t love me” if he doesn’t. “You can’t stop loving someone,” she says. “It’s not possible.” She wishes it was true. 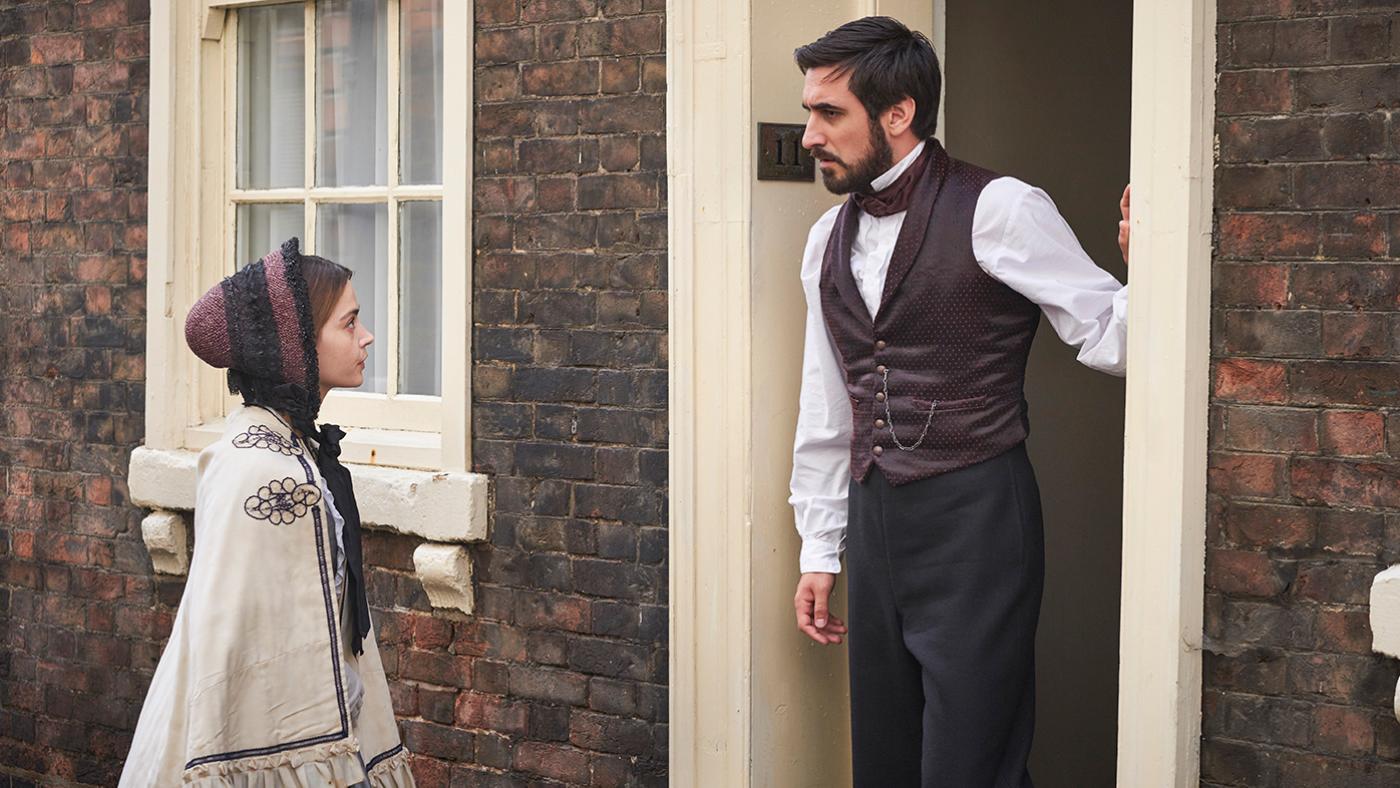