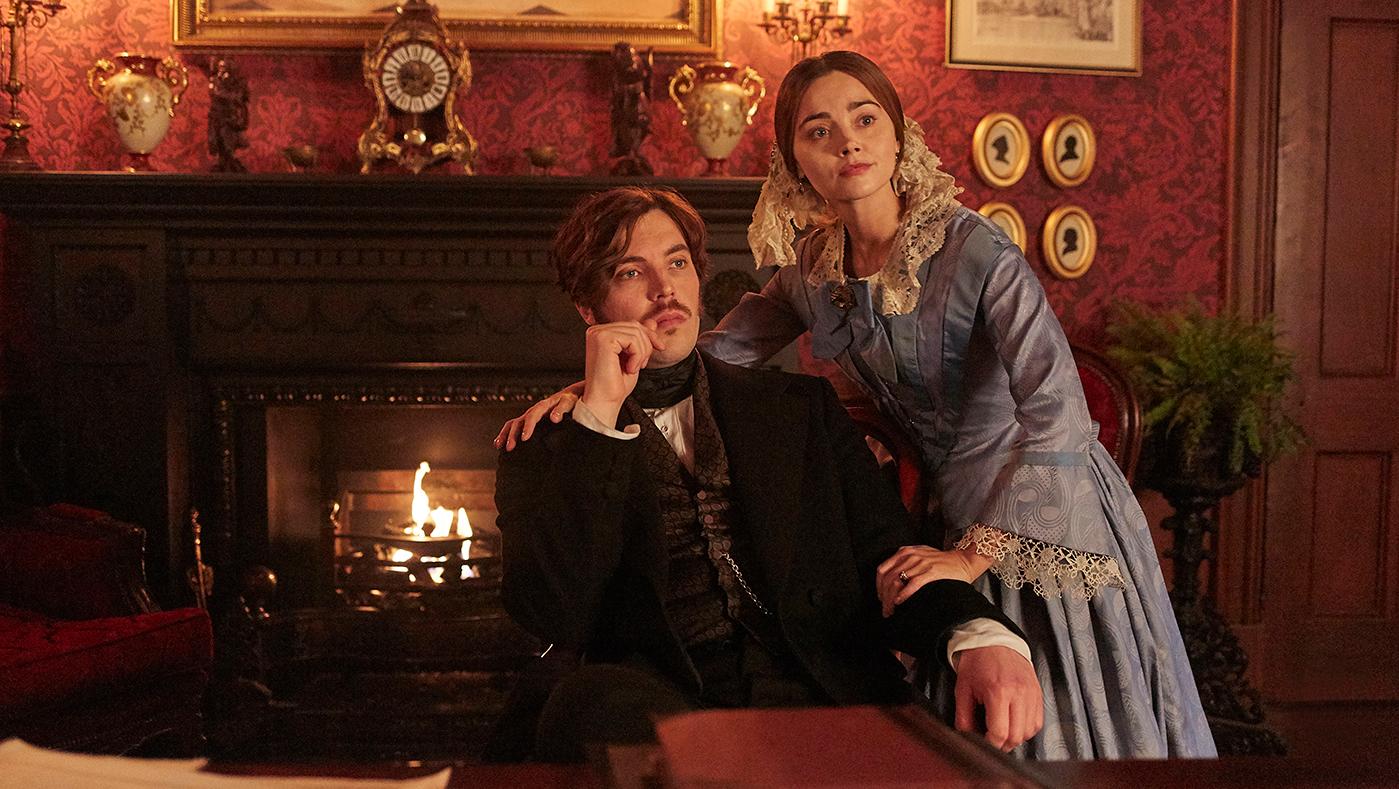 Their relationship may be chilly, but Victoria is still determined to make Albert happy. Photo: Justin Slee/ITV Plc for MASTERPIECE

With Victoria and Albert’s relationship especially chilly lately, Albert has found a new partner: the inventor Henry Cole. Cole’s electroplating technique, which can coat an object with a thin veneer of metal, thrills Albert. Inspired by Cole’s passion for innovation, the prince decides to pair with the inventor and their shared society of fellow scientists and industrialists to mount a grand exhibition showcasing the latest developments in British technology – and to invite people from other nations to take part, too.

Britain is already attracting international attention for another reason: a British Jewish citizen has been attacked by a police-aided mob in Athens, and Palmerston, wary of the rivalrous Russia’s growing influence in Greece, has ordered a naval blockade of Greece in protest. Nearly everyone thinks this is an overstep, but Palmerston claims Victoria’s support – she did tell him something needed to be done, although what exactly was never specified. Feo snipes that Victoria was probably confused by Palmerston’s complicated reasoning. Albert and Russell urge Victoria to intervene with Palmerston. Wellington is retiring as commander-in-chief of the army, and tells Victoria to go to Albert for advice.

But Albert is struggling with his own public relations nightmare. He has suggested Hyde Park as the site for his exhibition, and the newspapers and politicians are apoplectic at this desecration of a public park. Plus, he and Cole have yet to find a suitable design for the exhibition hall: it must be large, quickly built, easily taken down, not too expensive, and allow the Park’s centuries-old trees to survive inside.

Victoria finds advice elsewhere. Palmerston suggests she try to turn the difficult Feo from an enemy into an ally, while Emma says distracting Albert from the trials of the exhibition might save him some embarrassment and stress. So Victoria allows Feo to send for her 16-year-old daughter Heidi (Feo wants to find her a husband), and offers Albert Wellington’s position as commander-in-chief. The first tactic seems to help a bit; the second is refused. Albert is determined to prove himself to the public by carrying out a successful exhibition.

Sophie is also taking a big risk, by continuing to find quiet rooms to indulge her affair with the footman Joseph. Her husband Monmouth suspects the footman, but needs proof of the affair, and pays Penge (who has his own vendetta against Joseph) to discover it. But just as he’s about to get it, the tryst is derailed. Sophie has realized Monmouth knows of her infidelity, but Joseph tells her not to worry. Monmouth will just pay him off in secret so that the duke is not publicly embarrassed. That’s what happened with Joseph’s last employer. Sophie is insulted by this revelation – is Joseph just in it for her money?

The footman promises her that he is truly in love with her, and asks her to run off to America with him. She’ll lose her fortune, Sophie points out – but Joseph doesn’t care. That crisis of confidence resolved, the affair is free to proceed – except Monmouth plays a trump card. When Sophie excitedly returns home to see her son, Monmouth puts her in the custody of two men from a lunatic asylum.

Palmerston seems primed for a downfall. His vaunted public approval has diminished due to the blockade, and Russell has taken this opportunity to scheme to remove Palmerston as Foreign Secretary. But somehow Palmerston pulls himself from the brink with an eloquent speech about the meaning of British citizenship and the importance of protecting it, and survives to politick another day.

Given this example of the fickleness of public opinion, Victoria decides she’s made a mistake trying to pull Albert from the exhibition. Too bad he’s already decided to abandon it and its high possibility for failure and take the commander-in-chief position instead. Victoria tells him she should never have doubted him; she married an ambitious dreamer, and she believes in his passions. He will continue to spearhead the exhibition.

Fortunately enough, Cole has also found an exhibition hall plan that might work. A gardener named Joseph Paxton has suggested constructing a giant greenhouse to house the exhibition: it will keep the trees alive, and it’s temporary, cheap, and easy to erect.

Another obstacle to the exhibition arises when reports come in that anarchists from across Europe are planning on attending. But Victoria refuses to rescind her confidence in Albert by “disinviting” other nations from participating. It seems that Victoria and Albert have finally at least overcome, if not resolved their issues. They’ve been married for ten years and had seven children now; they may not be the same people or appreciate each other in the exact same way, but they still love each other.