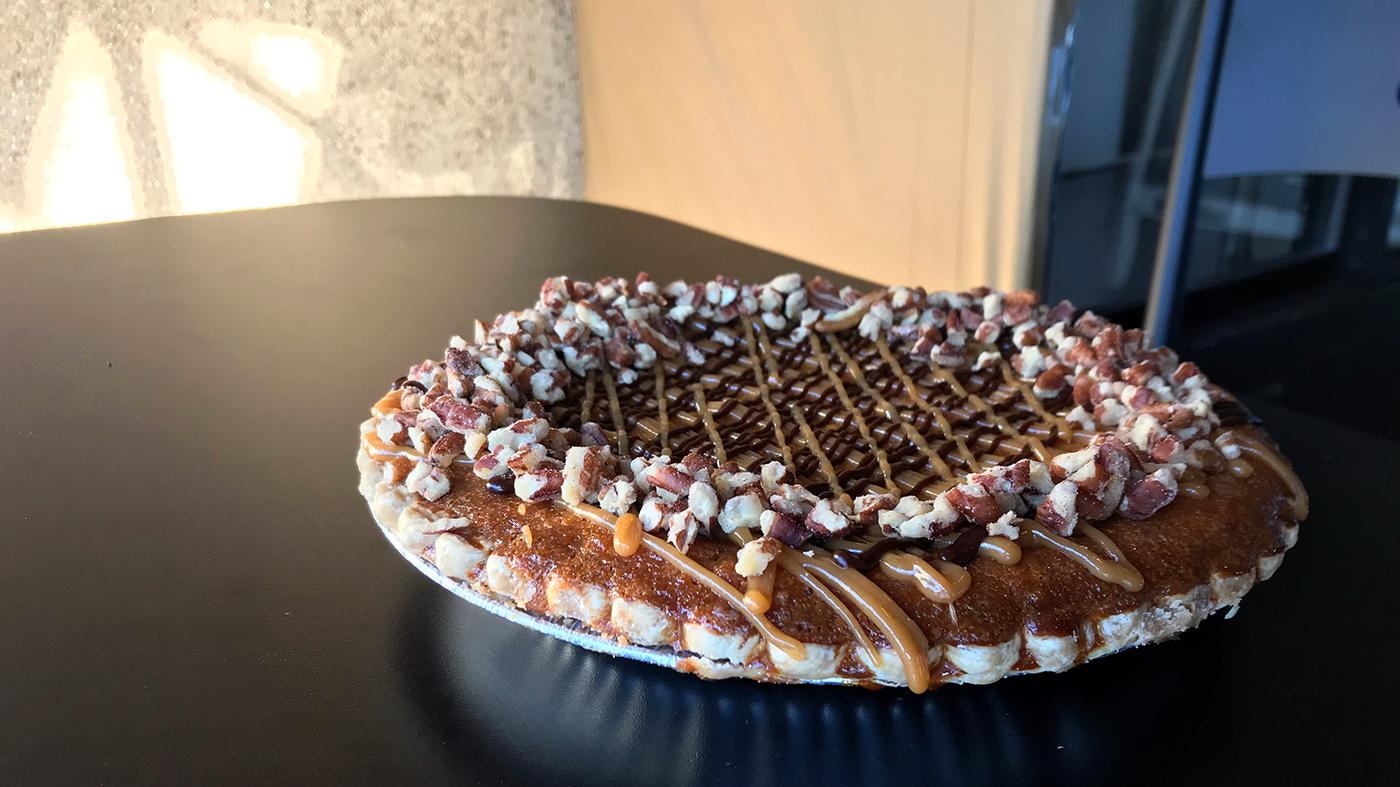 It was a memory that first sent her off baking, a frustrated search to enjoy a pineapple coconut cake like the kind her grandma always made her for her birthday. She figured she’d be able to find one somewhere while traveling across the country for her job in computer technology. “But I couldn’t find it,” she recalls. “No one did it the same way. So I took up cakes as a hobby.”

Someone told her to master a pound cake before taking on anything else, so she set herself to do just that, with her customary thoroughness and drive. Then she moved on to other cakes, including her cherished pineapple coconut. She read “a thousand” recipes and made just as many, tweaking and adjusting until she got the cake just how she liked it, until it “resonated with my memory,” she says. 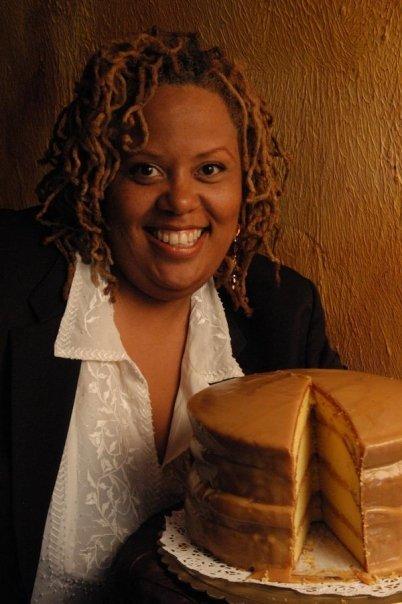 Stephanie Hart took up baking because she couldn't find a cake that matched the one her grandma made for birthdays. Photo: Brown Sugar Bakery That ability to call forth memories is the essence of Hart’s baking. It’s also probably the reason that she is a semifinalist for the James Beard Foundation’s Outstanding Baker Award this year, one of twenty bakers chosen from across the country for a chance to win one of the accolades commonly called the “Oscars of Food.” The desserts she sells out of the three Chicago locations of her Brown Sugar Bakery are nostalgically sweet, evoking the childhood joy of a swipe of cream filling from a Hostess cupcake, a sugary sip of strawberry lemonade, an orange-tinged lick of a Dreamsicle. And yes, she makes cake versions of all those treats that far exceed their inspirations.

For African Americans whose families came from the South, like Hart’s own, some of her desserts draw on much more specific memories. Sweet potato pie, pineapple upside down cake, coconut cake, and carmel cake are all Southern traditions, recipes prepared by grandmas and aunts and mothers for special occasions even after they came North. “They’re things fed to me by people that loved me,” Hart says, people like her grandma, who came from Mississippi. When Hart first started sharing her cakes before opening her bakery, people would tell her, “This reminds me of my auntie,” “It’s just like my grandmother made it,” or “I haven’t had one like this since I was a kid.” It was exactly the response Hart hoped for.

“I think part of our popularity is that people are a couple generations removed now from the women who really knew Southern cooking, who made biscuits from scratch,” she says. “If you asked my daughter to make biscuits, she’d laugh at you.” But people still remember those flavors and miss them – and want to have them at their special occasions.

The holidays are Brown Sugar Bakery’s busiest time of year. While producing so many extra desserts may be exhausting, Hart feels lucky to see her creations at the center of so many Thanksgiving and Christmas tables in photos tagged on Facebook. “The holidays give the love for the rest of the year,” she says. “There’s nothing like being the center of someone’s table. It’s an honor that people are happy to have this cake with their family.” Hart gets to be like the beloved aunt who brings a treat that everyone wants a bite of. 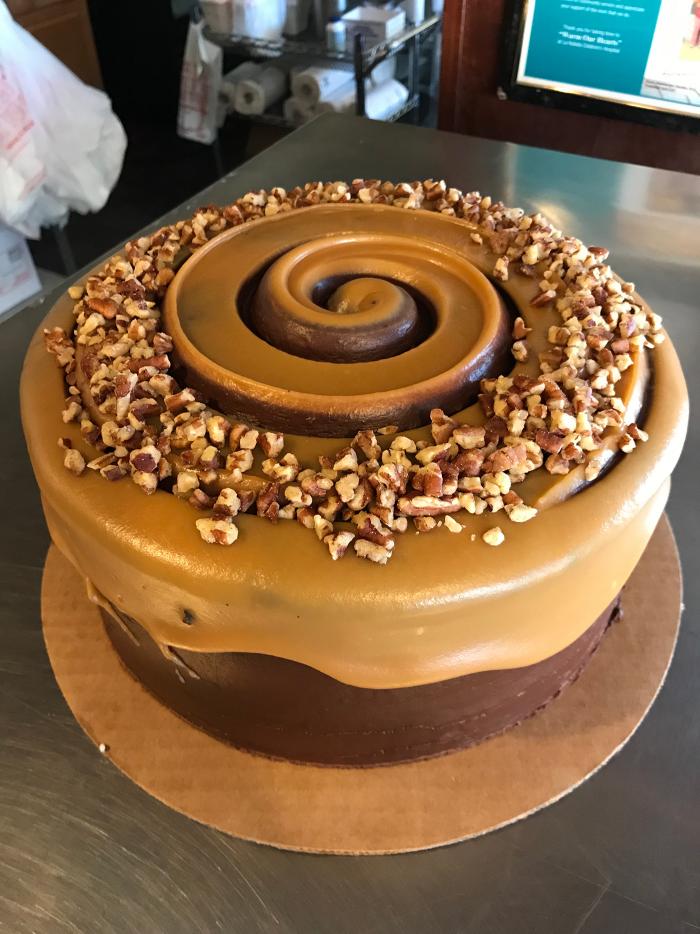 Hart's desserts are nostalgically sweet, conjuring up childhood joy and memories Honoring those female bakers who put love into everything they fed their family is part of the reason Hart does what she does. “It’s for every grandma, every auntie – I thank them all in heaven,” she says. And she knows that her own grandma would be proud. For not only has Hart created a successful business, she has created a specifically African American business. “You have German bakeries, Jewish ones, Italian ones,” she says. “But I’m one of the only African American bakeries here, and I’m proud to be that.”

She became an even more prominent example of an African American bakery a few years ago when she was asked to open a location at Navy Pier, one of the most trafficked tourist destinations in the city. “I was honored to be asked to be a part of what people experience when they visit Chicago, and compelled to represent my community and my childhood. There are other African American-owned restaurants there, but none as visibly so as mine. I want to be that business that a little girl from Chicago can see herself in.” When she first opened there, people called to tell her how proud they were to have a business so deeply rooted in the African American community in such an important place.

The primary location of Brown Sugar Bakery, where everything is baked for all three shops, is part of a stretch of independent African American businesses along 75th Street that includes the legendary Lem’s Bar-B-Q and 5 Loaves Eatery. “That’s rare,” Hart points out. “You go to, say, 63rd Street, and it’s Popeye’s, Burger King, Subway – not places that are representative of the culture of the area.”

She’s hoping to replicate the success of 75th Street on the West Side in Austin, where she opened her newest branch last year with the help of the Westside Health Authority and a grant from the city. “It’s another place that used to be full of African American businesses,” she says, and she wants to be part of its revitalization. She says another big African American-owned restaurant is making plans to move there soon. Her employees at the Austin location all live in the community, and as she hires more, “they will absolutely be West Siders.”

The West Side branch is only the first in a series of expansions. Brown Sugar Bakery is growing so much that Hart is looking for a larger baking location; once the 75th Street location no longer serves as the main bakery, it can again be a sit-down café and event space. She’s also planning to open locations at both Midway and O’Hare airports, and in April, she will begin shipping her exalted carmel cake to people outside Chicago. “I have probably a thousand emails saved from people over the years asking me to let them know when I start to ship,” she says. 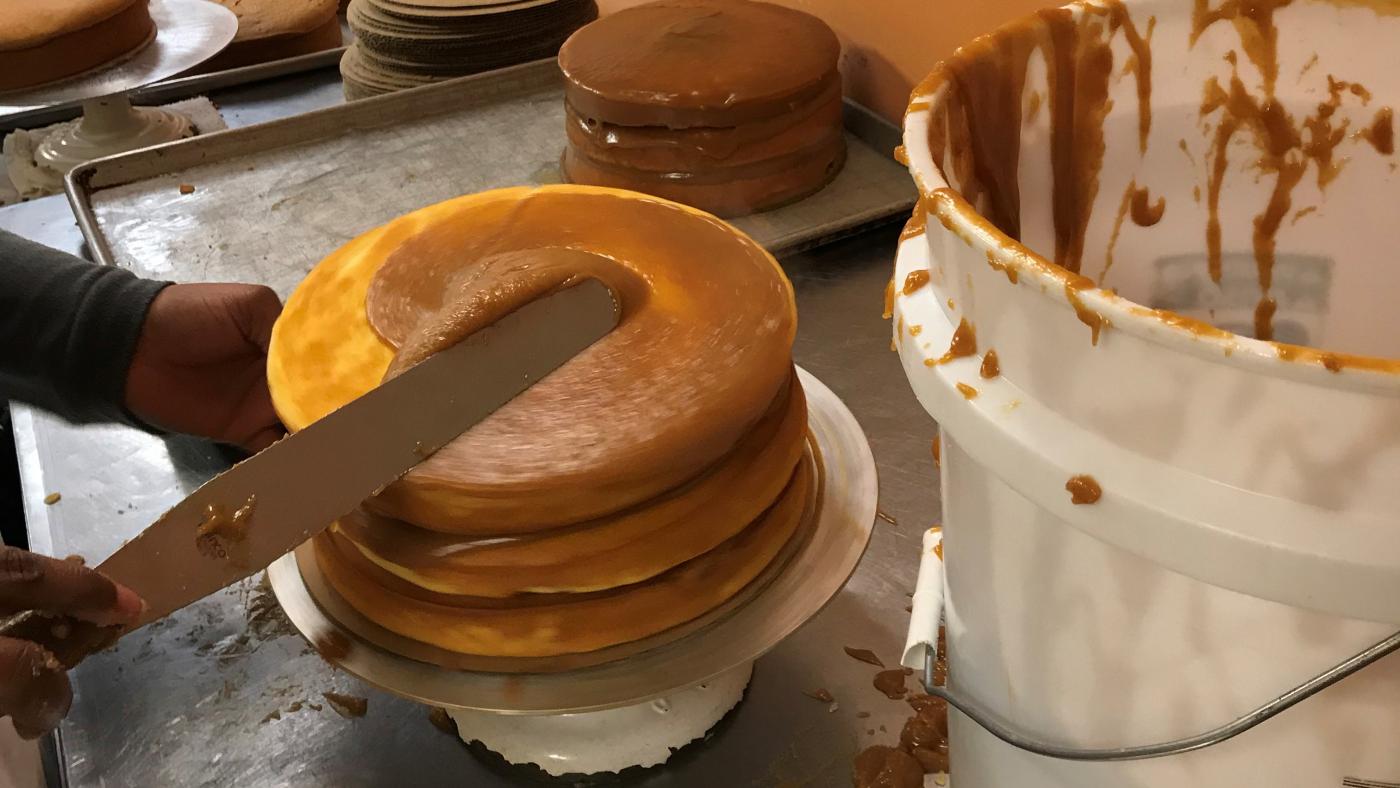 The Southern specialty carmel cake is notoriously difficult to master, given its unique icing

For good reason: Hart’s version of this Southern specialty, in which yellow cake is draped in a luscious, slightly tangy brown icing, is delectable. (Hart insists on spelling it “carmel,” not “caramel.”) It’s a notoriously difficult dessert because of its unique icing, which can burn or crystallize, and can be a nightmare to spread on the cake, given its gooey, sauce-like consistency. Hart didn’t grow up eating carmel cake, and her first attempts at it “failed miserably,” she says. To learn how to do it properly, she had to fly South and watch someone prepare it in person; it never turned out right when she followed a written recipe. She then tweaked the ratios of the icing to improve spreadability and upgraded the fats to enhance flavor.

Even before she has begun shipping, Hart’s carmel cakes have made their way around the country. One woman from Rockford, Illinois drives in three to four times a year. “Can you imagine driving all that way just to pick up a cake, then turn right back around and go back?” Hart says. Last Christmas, the same woman stopped by for a cake for the holidays. “I asked if she was heading back to Rockford, and she said, ‘Nope, I’m driving it all the way to Dallas.’ ” Carmel cake came to the North with Southern women who lovingly made it for their families; now, it was making its way back in the opposite direction, loaded up with even more memories.