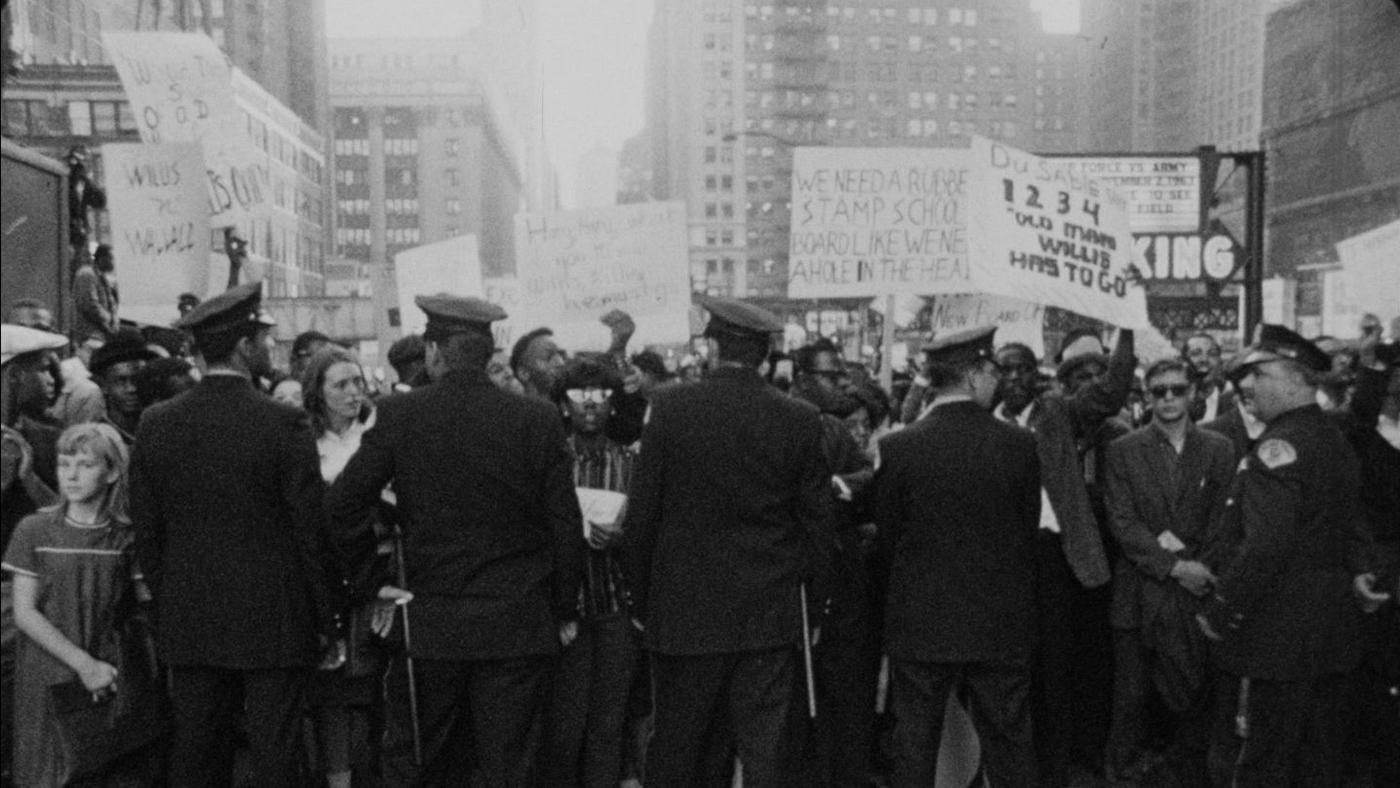 In 1963, some 225,000 students, or 47%, were absent from Chicago Public Schools in a boycott protesting segregation. Photo: Kartemquin Films

It’s an ironic coincidence of history that the 2013 closure of 50 “underutilized” Chicago Public Schools, many of them on the South and West Sides, occurred 50 square years after another momentous series of events involving inequities in CPS. On October 22, 1963, some 225,000 students, or around 47%, were absent from Chicago Public Schools in a boycott protesting segregation and calling for the ouster of CPS superintendent Benjamin Willis. Rather than integrate education by allowing black students from overcrowded schools to enroll in white schools, Willis ordered the use of mobile classrooms – dubbed “Willis Wagons” – to accommodate black students.

That epochal boycott, an important episode in the northern civil rights movement, can be revisited in the Kartemquin Films documentary ’63 Boycott, airing tonight at 9:30 pm. But the boycott had important precursors, as African American families fought for schooling that was equal to whites.

As African Americans moved into white neighborhoods in the 1950s following the striking down of racially restrictive covenants that confined blacks to a few small areas, many white families began fleeing those neighborhoods due to a variety of reasons ranging from prejudice to fear-mongering real estate tactics to the decline in housing values that often accompanied the arrival of black families. Schools in neighborhoods that transitioned from white to black often became overcrowded, but the school board refused to send black students to white schools. In 1961, a lawsuit alleging deliberate segregation went to the U.S. Supreme Court but was dismissed on procedural grounds, although it did cause the formation of an ineffectual panel on segregation; in 1962, there was a sit-in and a class action lawsuit on behalf of parents at an overcrowded school. 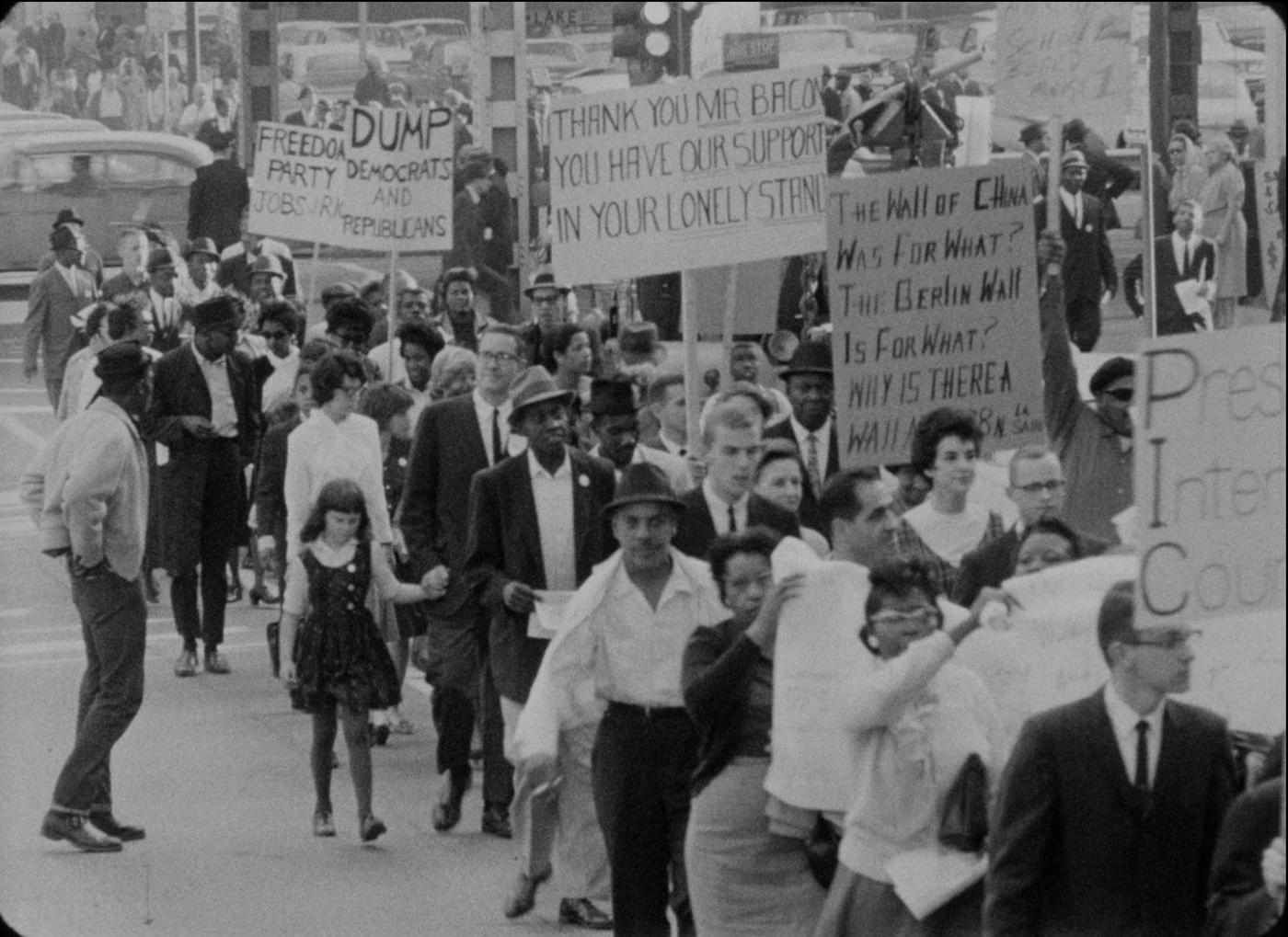 Rather than send black students from overcrowded schools to white schools, the Board of Education began using mobile classrooms to house excess students. Photo: Kartemquin Films

Englewood was a recently transitioned neighborhood. To address overcrowding there, CPS announced a plan to convert a former Goodwill warehouse and storefront into an elementary school. 435 students would start school in the building in January of 1963, with a planned 1,200 eventually attending, as Jeff Nichols has related in the Chicago Reader. The building lacked fire sprinklers or a play space and was located next to busy railroad tracks.

Parents immediately opposed the plan, pulling their children from the school and picketing the building. (Just as mobile classrooms were called “Willis Wagons,” the Goodwill building was called the “Willis Warehouse.” Willis himself was even compared to the infamous anti-integrationist Alabama governor George Wallace.) Willis responded by delaying the opening of the school for a semester.

With continued pressure from parents such as Rosie Simpson, who was elected president of a council formed to oppose the warehouse school, Willis gave up on the plan and recommended turning the warehouse over to a junior college that needed the space. But the board’s new solution to overcrowding wasn’t much better: 25 mobile classrooms would be set up between an alley and a railroad embankment until a new school could be constructed.

In August, parents and activists organized a protest in response. They were joined by the Congress of Racial Equality (CORE), which had staged a sit-in protesting school segregation in July. And that’s how Bernie Sanders got involved.

The United States Senator and presidential candidate was then a 21-year-old student at the University of Chicago who was active in CORE. During the 2016 presidential campaign, Kartemquin Films confirmed that it has footage of the young Sanders being arrested at the Englewood protests.

The comedian Dick Gregory also joined the parents and protestors in blocking construction trucks at the site where the mobile classrooms were to be placed. “One thing about these mobile units is that for the first time in the history of the world the schools can run away from the kids,” he mordantly observed.

Facing the protests, the school board finally voted unanimously in favor of a new plan – although it wasn’t that much better. Rather than sit in the originally planned lot, the mobile classrooms would be distributed to three elementary schools in black neighborhoods. There were still some protests, but none so large. And then came the October boycott, followed by many more failures by CPS to integrate or improve black schools, and fifty years later, another protested decision: the 2013 school closures. History has a way of perpetuating itself, unless people intervene.