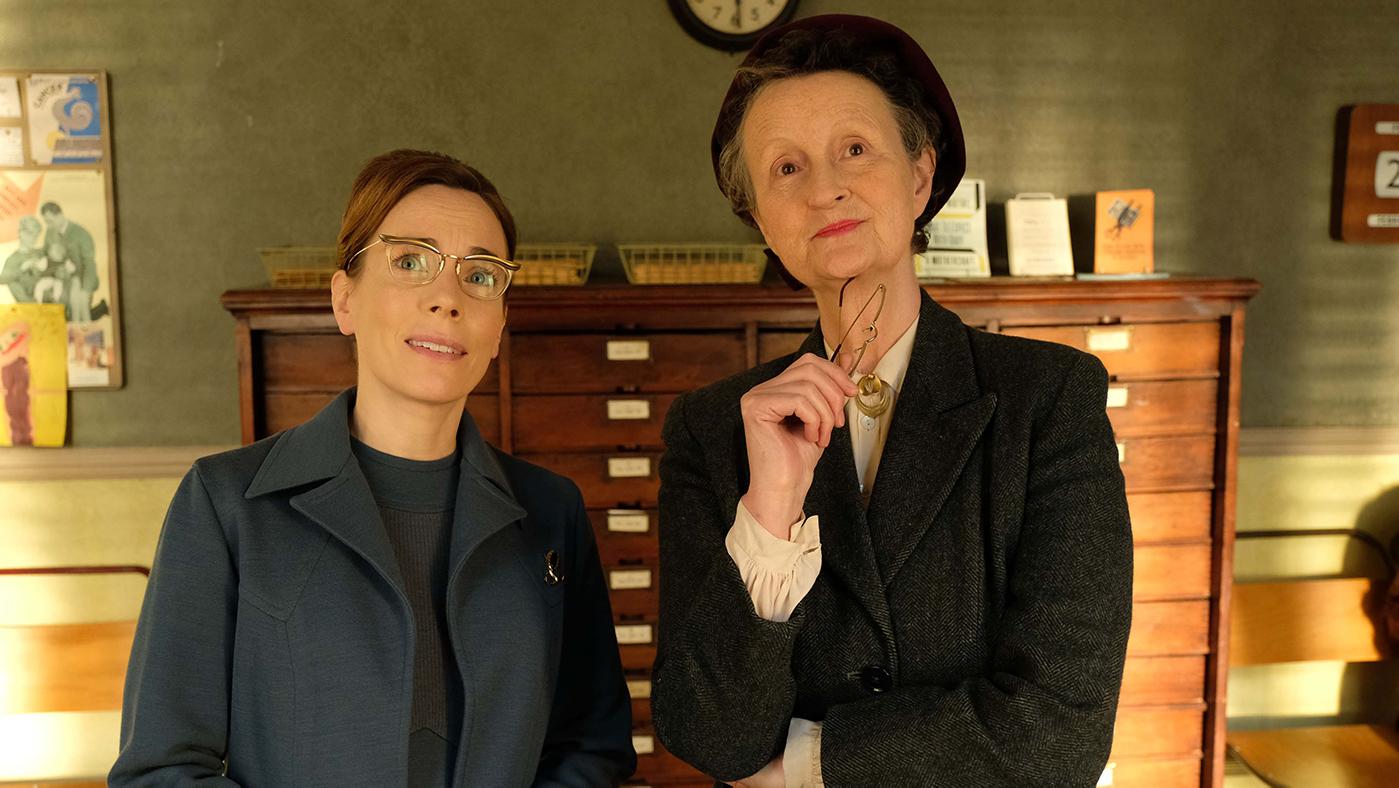 Call the Midwife airs Sundays at 7:00 pm and is available to stream for a limited time. Recap this season’s holiday special and the following episode.

With Sister Winifred assigned to the Mother House’s orphanage and the death of Barbara, Nonnatus House needs more midwives to take care of the women of Poplar. Sister Mildred, the new Mother Superior, sends along the experienced Sister Hilda as well as a newly commissioned Nonnatan, Sister Frances. Nor are they the only changes at Nonnatus House: new midwife bags have arrived, and Phyllis has ordered Fred to burn the old ones, which have been around so long that Sister Monica Joan used hers when she delivered Valerie.

Monica Joan is already suffering from a bad cough, which Phyllis believes is just a psychosomatic manifestation of the elder sister’s fear of the effects of age. Learning that the bag she used for much of her midwifery career is going to be destroyed adds further mental stress to Monica Joan’s physical symptoms. When Fred briefly leaves before burning the last bag, it vanishes. Then, as the other midwives sit down to dinner, Sister Frances rushes in with the news that Monica Joan has also disappeared.

Sister Julienne calls Sergeant Woolf at the police station to ask for help searching, while Valerie and Lucille set off into the evening to find the lost sister. Following a hunch, Valerie checks the ruins of the old, burnt-down Nonnatus House. Monica Joan is there, huddled against the darkness, believing she’s waiting to be let in to attend to the labor of Queen Elizabeth, who is pregnant with her fourth child. Valerie reassures the sister and calls Sergeant Woolf to escort her home.

The policeman stops in to Nonnatus to have tea with his antagonist-cum-friend Phyllis. His presence complicates another crisis that has begun to unfold. A stylish young model named Cath has been brought to the House in an emergency. Her sister Lesley, with whom she lives, has just given birth to a boy, and Cath has been suffering from an upset stomach. When the pain continues for several days, Cath finally admits to Lesley that she, too, was pregnant, and went to see a woman to end it. But the pain is getting worse and she still has not lost the fetus. Since abortion is illegal, she can’t go to the hospital, so Lesley brings her to Nonnatus. 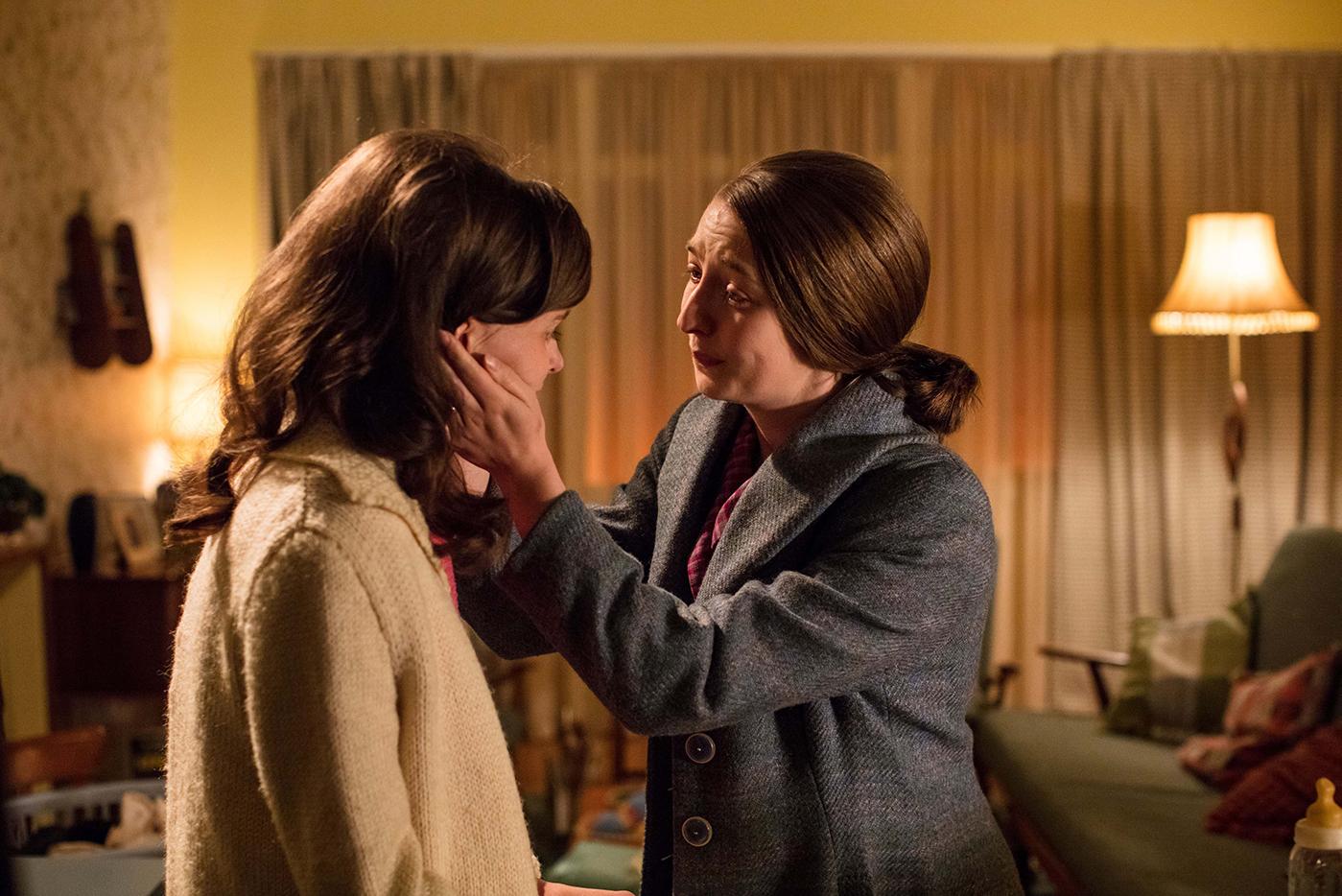 Lesley Whyte has just given birth, but her sister Cath is the one with health complications. Photo: BBC/Neal Street Productions

With the law-enforcing Sergeant Woolf there, Valerie ushers Cath and Lesley to the upstairs bathroom and locks the door. Sister Frances acts as her gofer while Valerie comforts Cath through the miscarriage. The fetus had been dead for several days inside Cath’s womb, and Valerie fears that Cath has an infection. She consults with Julienne, and they decide that Cath must be sent to the hospital.

Julienne heads to the hospital with the distraught Cath while Lucille stays with Lesley, who wants to report the woman who performed the abortion to the police so that she can’t hurt any other women. But when Lesley visits her sister in the hospital, Cath doesn’t want to have anything to do with the police. She has other things to worry about: the infection, from lacerations in the womb, was so bad the doctors had to perform a hysterectomy, and they never asked her permission. While she didn’t want a kid at this moment, she did eventually; now she can never have her own. Lesley does try to go to the police on her own, but without an address or Cath’s testimony there’s not much they can do.

Where Cath can no longer have children, Margaret Lombardi has a surplus of them. She’s pregnant with twins, and her husband Clark is loving but totally inept at caring for the two boys they already have. Margaret is at least relieved of the burden of taking care of her boys when Doctor Turner checks her into the maternity ward for rest and attention; the boys go to Clark’s mother. Clark himself tries to help Margaret by bringing her treats from the bakery. 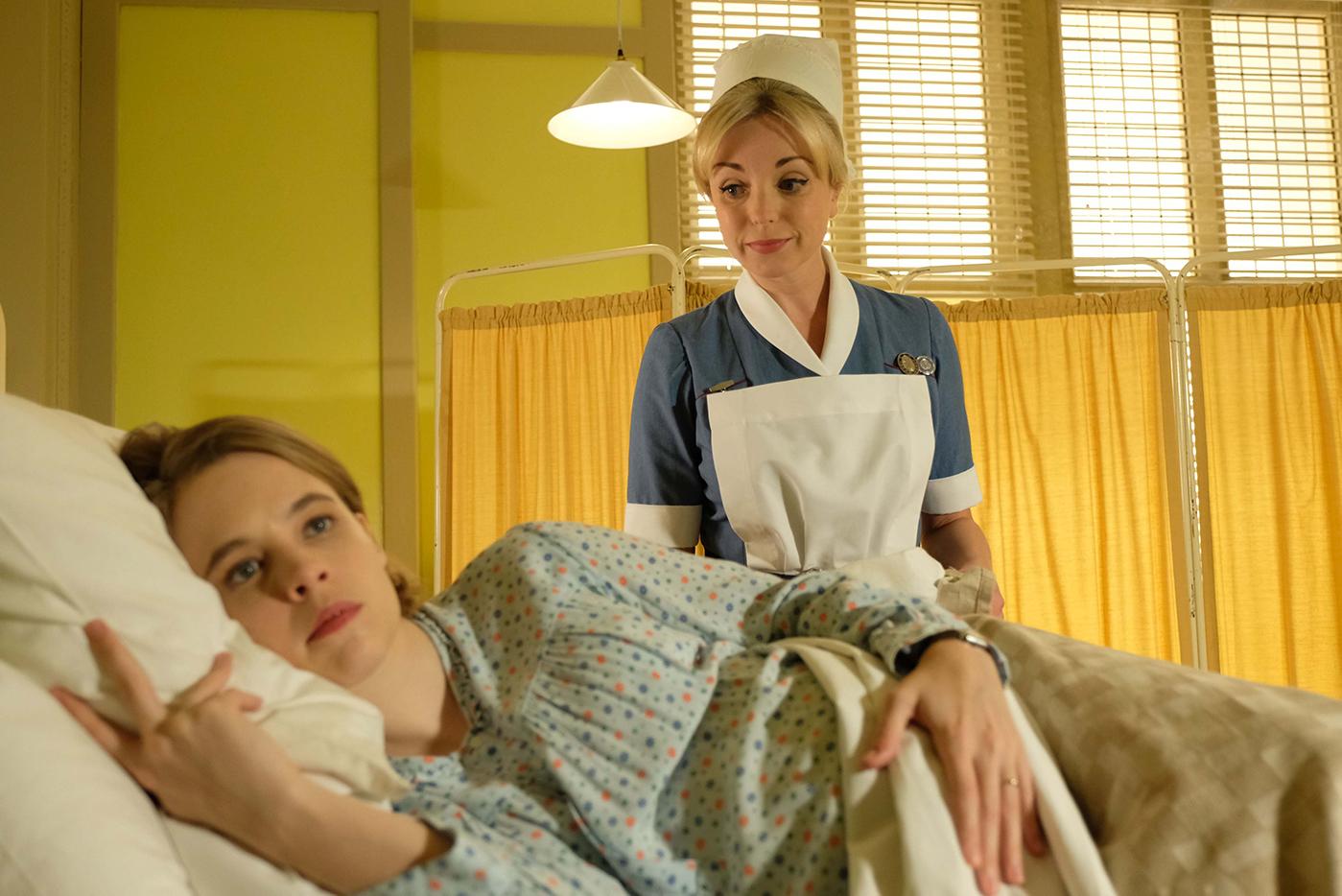 While examining Margaret, Shelagh thinks she feels another baby – is Margaret having triplets? Trixie does her own check and only finds two heads. With the help of Phyllis, Trixie leads Margaret through the exhausting ordeal of giving birth to twins. The first, a daughter, is simple. The second, another daughter, is more complicated, as she is breech. The third – wait. There are triplets! Shelagh and Doctor Turner are called in to help: the third baby is transverse, has a rapid heartbeat, and will require forceps.

When the third girl is finally delivered, she requires lots of attention to get her to start breathing and is placed in an incubator. But when Trixie goes to the pub and sees Clark there, she assures him that all three daughters will be healthy as they grow up. When Clark learns that his third daughter went through distress, his paternal urge kicks in. Since Margaret is still recovering and can’t be with the infant, he goes to sit with her in her incubator. She needs family nearby. And when Margaret is ready to see her third daughter, Clark carries her in fondly. Looks like he’ll finally be learning to take care of his children.

And how is Sister Monica Joan doing? She has brought her old bag to Fred and asked him to destroy it. But he decides to clean and polish it up instead and leave it outside her door. When she finds it, a smile lights up her face.