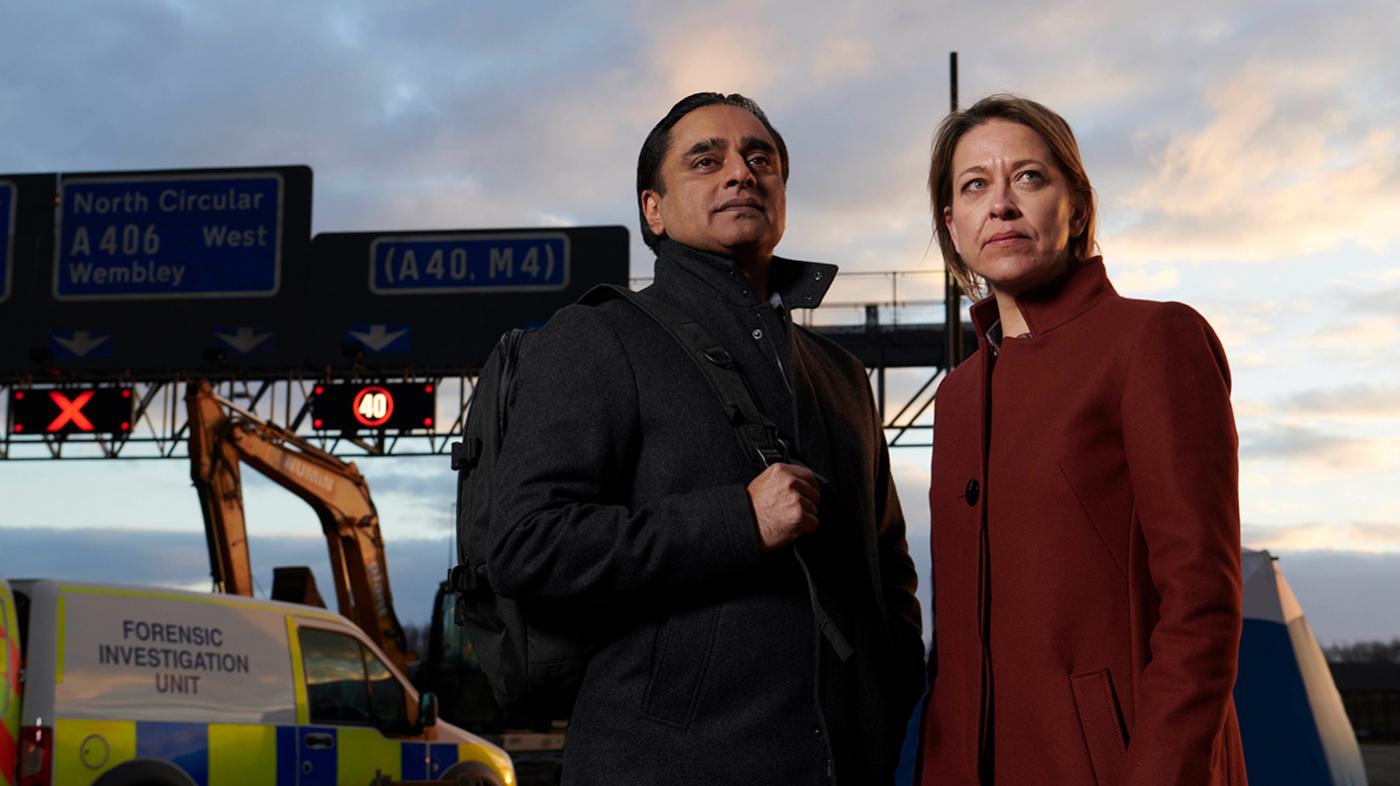 Sunny and Cassie work to identify a skeleton found off the side of an isolated roadway. Photo: Mainstreet Pictures for ITV and MASTERPIECE

Unforgotten airs Sundays at 9:00 pm and is available to stream. Read our recap of the previous season’s finale and the following episode.

A buried human skeleton is discovered during construction work off the side of an isolated roadway, and the coroner believes it’s an archaeological find, a remnant of England’s ancient past. But as she examines the skeleton, she discovers a surgical plate on an arm bone – that means the body is sixty years old, tops. It is a young female between the ages of 13 and 15.

The surgical plate might help identify the skeleton. It doesn’t have a serial number, a requirement in the UK and EU, and the coroner doesn’t recognize the symbol on it, so it is probably foreign. The detectives assigned to the case, led by Cassie and Sunny, thus ask around at large hospitals, seeing if any of the foreign-born doctors recognize the symbol.

Eventually, a Greek doctor identifies it as the mark of a company in Cyprus. When Sunny contacts them, they narrow down the window even further: the plate predates Greece’s entry into the EU in 2004 (otherwise it would have had a serial number) and antedates the introduction of that specific logo, in 1995.

As the body was found in England, the girl was most likely British, which means she was probably on vacation in Cyprus when she had the plate installed. So Sunny calls the main hospital in Cyprus’s primary tourist destination, but they have lost all their records from before 2008.

This leaves the detectives with a difficult way forward: calling the families of all the 13- to 15-year-old girls reported missing in England since 1995, and asking them if the missing girl ever broke her arm while on vacation in Cyprus. 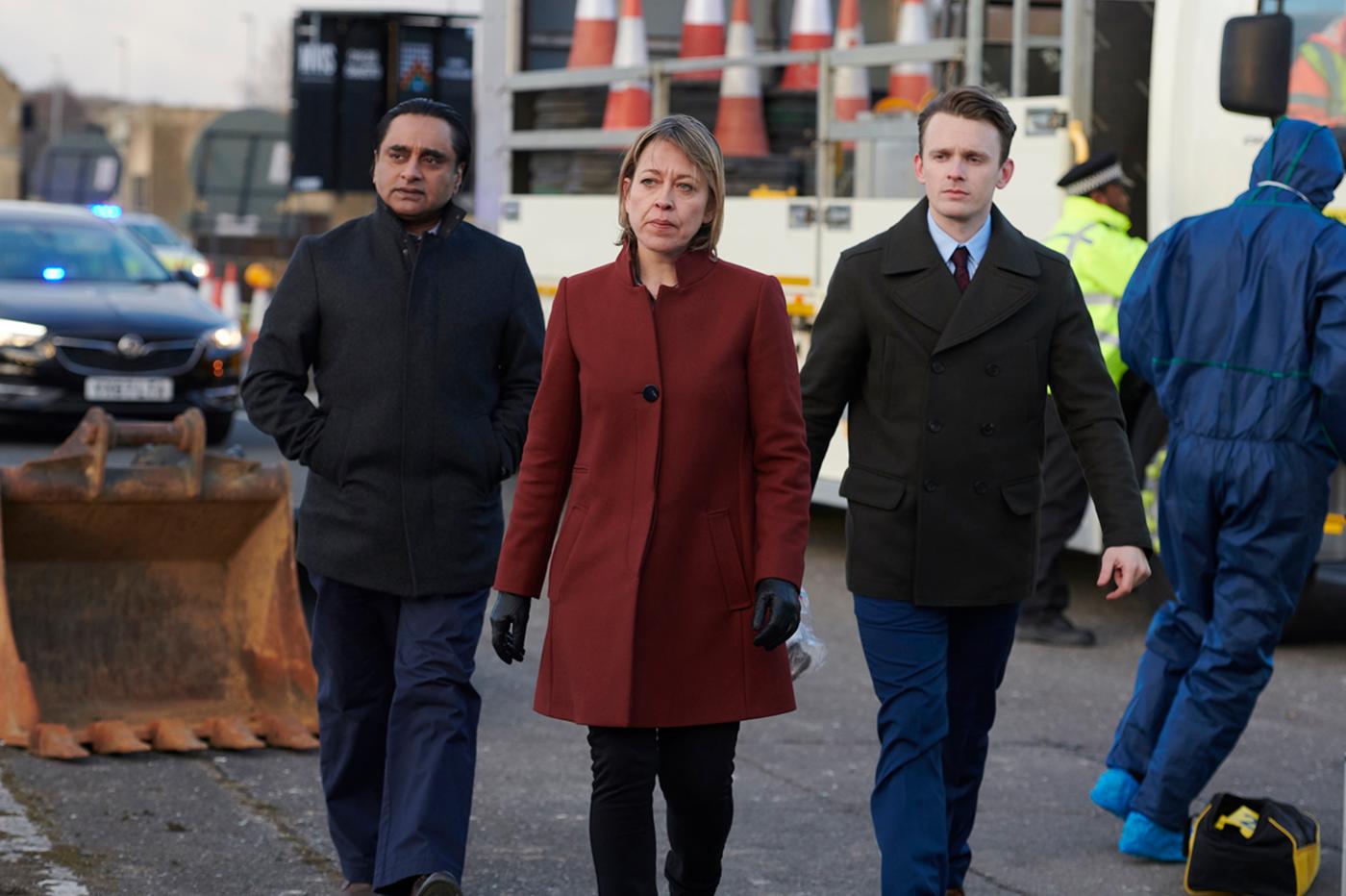 While the investigation progresses, we are introduced to four men whom we’re sure to learn more about as the case continues. James Hollis is some sort of celebrity who has written a book and hosts a science trivia show featuring kids. He has a strained relationship with his son, Eliot, who has not been seen by his roommate in several days. James eventually tracks him down by paying off one of Eliot’s friends for information – but Eliot runs from James into a flat and locks the door when he sees him.

Chris Lowe is an artist seemingly living in an old camper van with his dog in Bristol. He has begun to make good money selling his work, and requests a hefty sum of it from his gallery representative. He uses this to buy a ring for Jamila Faruk, a woman who has lost her husband. Chris has become like a father to Jamila’s son, painting with him when he gets the chance, and has come to love Jamila. He nervously asks her to marry him and for them all to rent a flat together. Seeing that this catches her off guard – it doesn’t appear that their relationship had previously been romantic at all – he tells her he wants to make things better for her, then leaves her to think about his proposal.

Doctor Tim Finch seems to be well-respected in Hamhurst. He has two grown daughters, who are estranged from their mother, but he has been remarried for ten years. He does face allegations of verbal abuse and threatening an elderly patient who has since died – her daughter claims she heard him shouting at her mother during a home visit, Tim being unaware that the daughter was there. But most people in Hamhurst don’t believe the allegations; Tim’s reputation is solid, while the accusing woman’s has some unknown stain.

Pete Carr is a financial services salesman – apparently, not a very good one. His boss tells him so outright, and his wife complains about the lack of money for their boys. It sounds like he’s trying to organize a meeting between Jamie, Chris, and Tim, who seem to be old friends. For now, we don’t know what these men have to do with the case.

The detectives do manage to finally identify the skeleton. Jessica Reid recalls her sister Hayley slipping by the pool on vacation and breaking her arm when they were young, before Hayley went missing on New Year’s Eve of 1999. All the detectives remember Hayley’s case – it must have been national news. Her boyfriend was the prime suspect.

Jessica confirms with her mother that the family was in Cyprus when Hayley broke her arm, and that she underwent surgery at a hospital there. Jessica leaves her mother’s house, goes to stand by the seaside, and calls the detectives to confirm that the surgical plate matches Hayley’s history; the body must be hers. Jessica collapses and sobs into the wind.