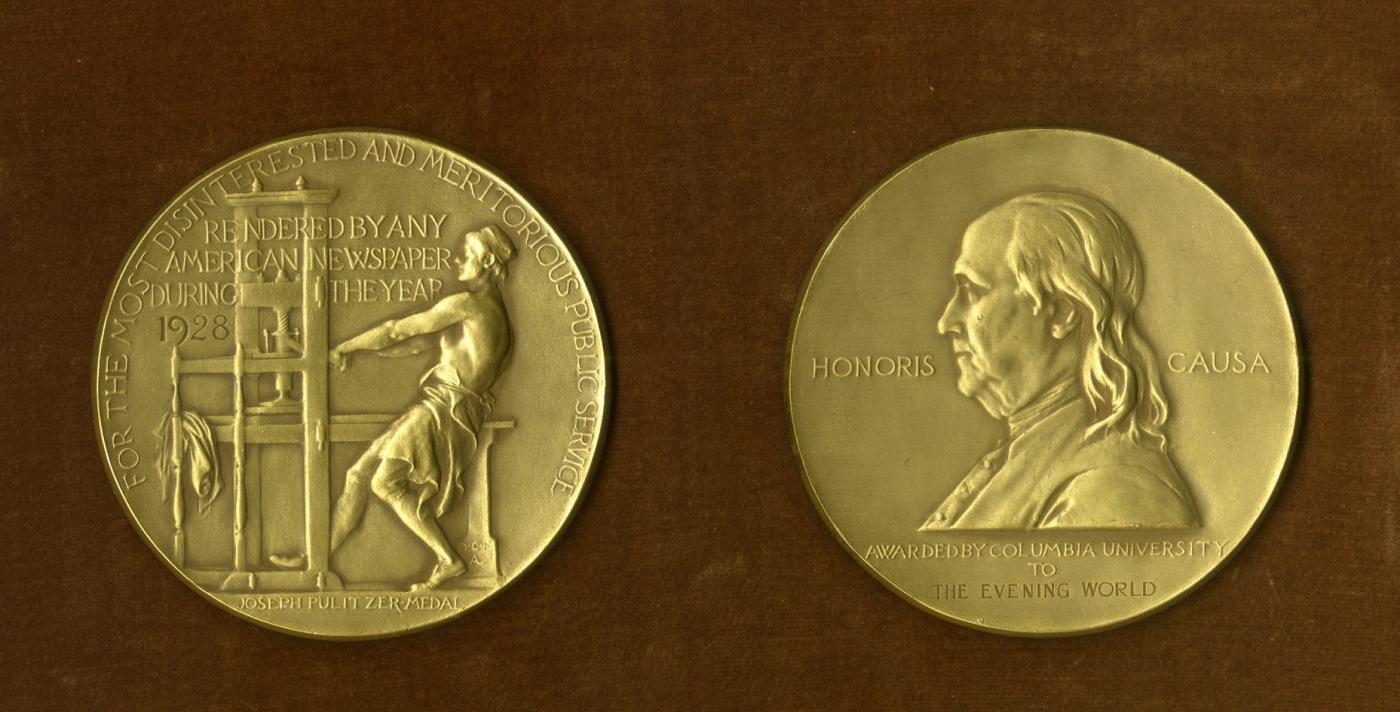 Joseph Pulitzer: American Masters is available to stream for a limited time.

Since 1917, the Pulitzer Prizes have celebrated the best and most meritorious American journalism as well as arts and letters. Established as part of newspaper publisher Joseph Pulitzer’s will, the categories of journalism they honor have changed over the century since their inception, growing from an original four awards to the current fourteen. This year’s Prizes were announced on April 15. Although no Chicago newspaper won or was a finalist, a Western Illinois University professor was a finalist for the Prize in Music.

Chicago newspapers have garnered their fair share of Pulitzers over the 102 years of the Prizes: 47 total, spread over four distinct papers. The Chicago Tribune, founded in 1847, has the lion’s share, 26, despite refusing to compete for more than two decades, from the late 1930s until 1960 – the paper’s owner at the time, Colonel Robert R. McCormick, considered the Prizes “a mutual admiration society” of Easterners and wanted no part.

The Chicago Daily News, which was founded in 1876 and featured the work of such luminaries as Carl Sandburg, Ben Hecht, and Mike Royko before folding in 1978, is the runner-up for number of Prizes, with twelve to its name. (Royko, who won for Criticism or Commentary in 1972, ended up writing for both the Chicago Sun-Times and the Tribune later in his career.) The Daily News was the first Chicago paper to win a Pulitzer, in 1925, for reporting on the infamous Leopold and Loeb murder case. (The most recent was E. Jason Wambsgans’s win in 2017 for Feature Photography in the Tribune.)

Next up in number of Prizes is the youngest Chicago paper to win any, the Sun-Times. Founded in 1948 out of a merger between the short-lived Chicago Times and even shorter-lived Chicago Sun (a New Deal-supporting alternative to the conservative Tribune started by Marshall Field III), it has won eight Pulitzers. The Chicago Times managed to win one Pulitzer in its 19-year existence, in 1941.

A few interesting observations about Chicago’s Pulitzers. Both times the Tribune has won for Criticism, it has been for architecture criticism (Paul Gapp, in 1979, and Blair Kamin, in 1999), while both times the Sun-Times has won that award, it was for the screen, both silver and small (Ronald Powers in 1973 for television and Roger Ebert in 1975 for film).

The memorably named Vaughn Shoemaker is the only person to win more than one Pulitzer at a Chicago paper, for Editorial Cartooning at the Daily News in 1938 and 1947 (the brothers Paul Scott and Edgar Ansel Mowrer both won at the Daily News for Correspondence separately, in 1929 and 1933, respectively).

Wilfred C. Barber of the Tribune won posthumously in 1936 for reporting on war in Ethiopia, where he died of malaria and blood poisoning.

The current executive editor of the New York Times, Dean Baquet, won a Pulitzer at the Tribune along with William Gaines and Ann Marie Lipinski in 1988 – which came in the midst of a Chicago paper’s longest streak of Prizes, with the Tribune winning at least one every year from 1985 to 1989.

Lois Wille was the first woman to win at a Chicago paper, in 1989.

And the Chicago Defender, despite its long history and importance as one of the country’s most prominent African American papers, has never won.

1925: James W. Mulroy and Alvin H. Goldstein of Chicago Daily News, in Reporting, for their service toward the solution of the murder of Robert Franks, Jr., in Chicago on May 21, 1924, and the bringing to justice of Nathan F. Leopold and Richard Loeb.

1929: Paul Scott Mowrer of Chicago Daily News, in Correspondence, for his coverage of international affairs including the Franco-British Naval Pact and Germany's campaign for revision of the Dawes Plan.

1933: Edgar Ansel Mowrer of Chicago Daily News, in Correspondence, for his day-by-day coverage and interpretation of the series of German political crises in 1932, beginning with the presidential election and the struggle of Adolph Hitler for public office.

1936: Wilfred C. Barber of Chicago Tribune, posthumously, in Correspondence, for his reports of the war in Ethiopia.

1943: George Weller of Chicago Daily News, in Reporting, for his graphic story of how a U.S. Navy Pharmacist's Mate under enemy waters in a submarine performed an operation for appendicitis saving a sailor's life.

1950: Chicago Daily News and St. Louis Post-Dispatch, in Public Service, for the work of George Thiem and Roy J. Harris, respectively, in exposing the presence of 37 Illinois newspapermen on an Illinois State payroll.

1957: Chicago Daily News, in Public Service, for determined and courageous public service in exposing a $2,500,000 fraud centering in the office of the State Auditor of Illinois, resulting in the indictment and conviction of the State Auditor and others. This led to the reorganization of State procedures to prevent a recurrence of the fraud.

1962: George Bliss of Chicago Tribune, in Local Reporting, for his initiative in uncovering scandals in the Metropolitan Sanitary District of Greater Chicago, with resultant remedial action.

1963: Chicago Daily News, in Public Service, for calling public attention to the issue of providing birth control services in the public health programs in its area.

1970: William J. Eaton of Chicago Daily News, in National Reporting, for disclosures about the background of Judge Clement F. Haynsworth Jr., in connection with his nomination for the United States Supreme Court.

1970: Thomas Fitzpatrick of Chicago Sun-Times, in Local General or Spot News Reporting, for his article about the violence of youthful radicals in Chicago, "A Wild Night's Ride With SDS."

1971: Jack Dykinga of Chicago Sun-Times, in Feature Photography, for his dramatic and sensitive photographs at the Lincoln and Dixon State Schools for the Retarded in Illinois.

1972: Mike Royko of Chicago Daily News, in Criticism or Commentary, for his columns during 1971.

1973: The staff of Chicago Tribune, in Local General or Spot News Reporting, for uncovering flagrant violations of voting procedures in the primary election of March 21, 1972.

1973: Ronald Powers of Chicago Sun-Times, in Criticism, for his critical writing about television during 1972.

1974: Arthur M. Petacque and Hugh F. Hough of Chicago Sun-Times, in Local General or Spot News Reporting, for uncovering new evidence that led to the reopening of efforts to solve the 1966 murder of Valerie Percy.

1975: William Mullen (reporter) and Ovie Carter (photographer) of Chicago Tribune, in International Reporting, for their coverage of famine in Africa and India.

1975: Roger Ebert of Chicago Sun-Times, in Criticism, for his film criticism during 1974.

1982: John H. White of Chicago Sun-Times, in Feature Photography, for consistently excellent work on a variety of subjects.

1986: Jack Fuller of Chicago Tribune, in Editorial Writing, for his editorials on constitutional issues.

1987: Jeff Lyon and Peter Gorner of Chicago Tribune, in Explanatory Journalism, for their series on the promises of gene therapy, which examined the implications of this revolutionary medical treatment.

1988: Dean Baquet, William Gaines and Ann Marie Lipinski of Chicago Tribune, in Investigative Reporting, for their detailed reporting on the self-interest and waste that plague Chicago's City Council.

1989: Clarence Page of Chicago Tribune, in Commentary, for his provocative columns on local and national affairs.

1989: Lois Wille of Chicago Tribune, in Editorial Writing, for her editorials on a variety of local issues.

1994: Bruce Dold of the Chicago Tribune, in Editorial Writing, for his series of editorials deploring the murder of a 3-year-old boy by his abusive mother and decrying the Illinois child welfare system.

1994: Ronald Kotulak of Chicago Tribune, in Explanatory Journalism, for his lucid coverage of current developments in neurological science.

1998: Paul F. Salopek of Chicago Tribune, in Explanatory Reporting, for his enlightening profile of the Human Genome Diversity Project, which seeks to chart the genetic relationship among all people.

1999: Blair Kamin of Chicago Tribune, in Criticism, for his lucid coverage of city architecture, including an influential series supporting the development of Chicago's lakefront area.

2001: Staff of Chicago Tribune, in Explanatory Reporting, for "Gateway to Gridlock," its clear and compelling profile of the chaotic American air traffic system.

2003: Cornelia Grumman of Chicago Tribune, in Editorial Writing, for her powerful, freshly challenging editorials on reform of the death penalty.

2005: Julia Keller of Chicago Tribune, in Feature Writing, for her gripping, meticulously reconstructed account of a deadly 10-second tornado that ripped through Utica, Illinois.

2008: Staff of Chicago Tribune, in Investigative Reporting, for its exposure of faulty governmental regulation of toys, car seats and cribs, resulting in the extensive recall of hazardous products and congressional action to tighten supervision.

2011: Frank Main, Mark Konkol and John J. Kim of Chicago Sun-Times, in Local Reporting, for their immersive documentation of violence in Chicago neighborhoods, probing the lives of victims, criminals and detectives as a widespread code of silence impedes solutions.

2012: Mary Schmich of Chicago Tribune, in Commentary, for her wide range of down-to-earth columns that reflect the character and capture the culture of her famed city.

2017: E. Jason Wambsgans of Chicago Tribune, in Feature Photography, for a superb portrayal of a 10-year-old boy and his mother striving to put the boy’s life back together after he survived a shooting in Chicago. 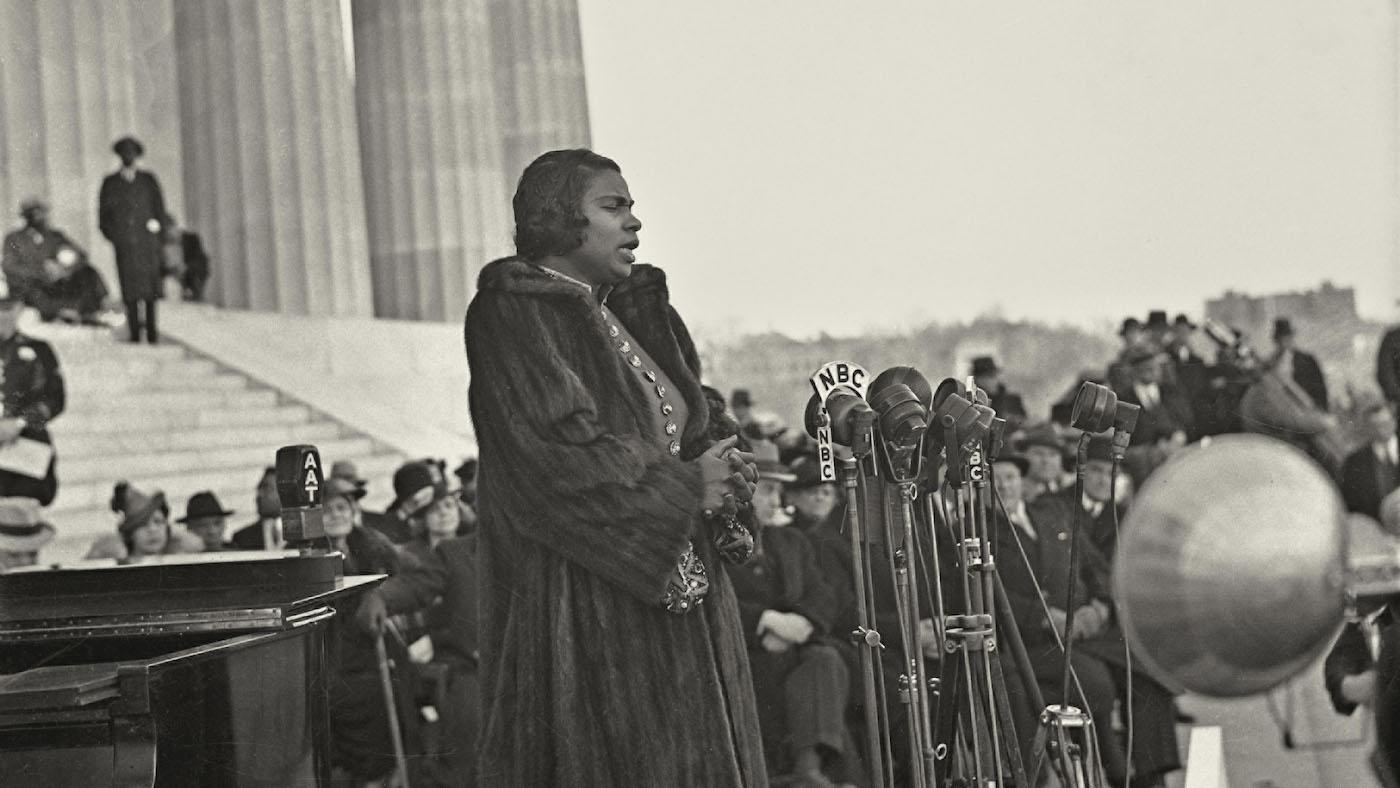