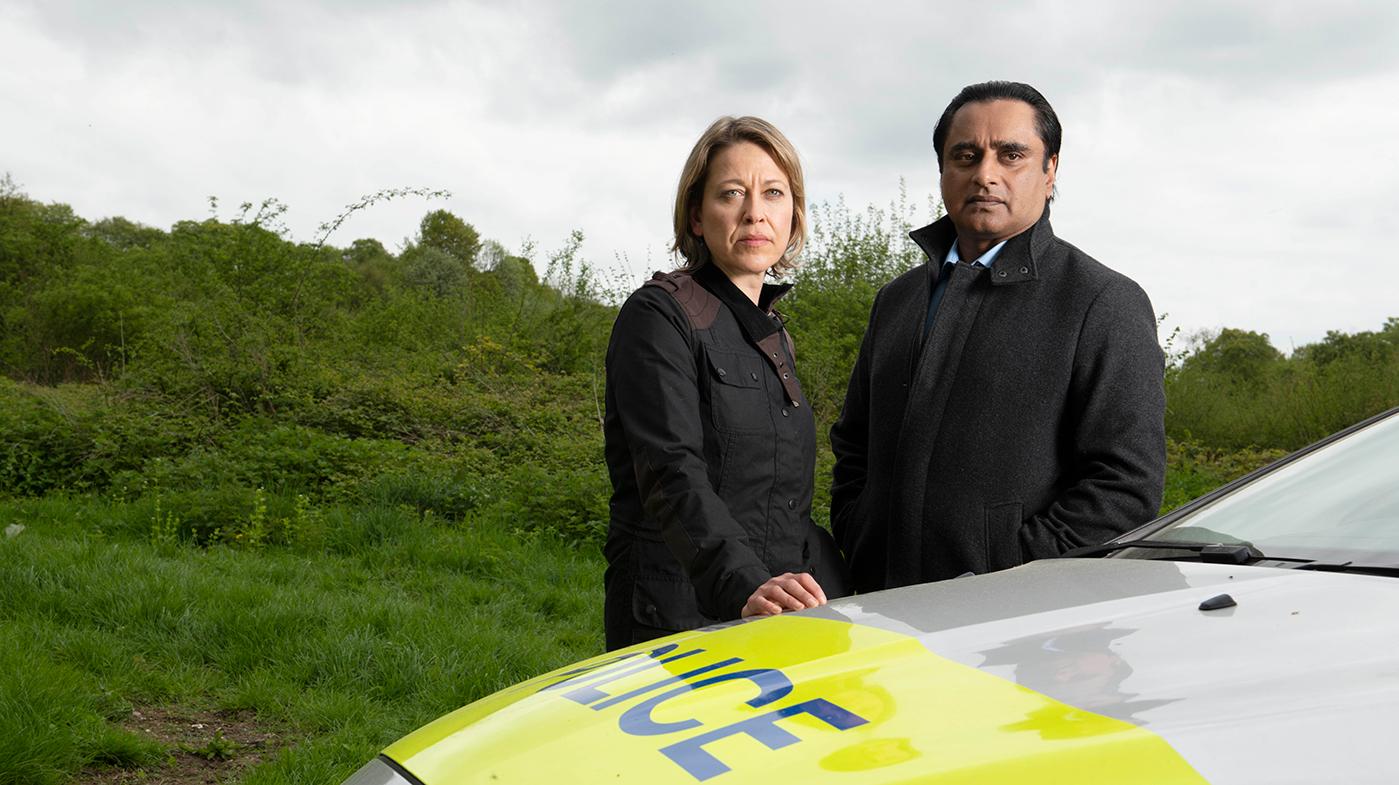 Unforgotten airs Sundays at 9:00 pm and is available to stream. Read our recap of the previous episode and recaps of the other seasons.

The arrest of Tim Finch on suspicion of the murder of Hayley Reid has caused a rift in his family. One daughter remains confident of his innocence, while the other is beginning to believe him capable of evil things, such as abusing her estranged birth mother. She doesn’t believe Tim’s current wife when she says nothing about Tim has ever worried her, and the doubt in her eyes seems to confirm that she’s lying.

The detectives have yet to find proof that Tim is the murderer, although the discovery of a box in his cellar containing a cross necklace, a scrunchie, and a girl’s pair of underwear seems incriminating. Tim claims he bought the necklace and scrunchie for his daughters years ago and must have forgotten to give them the gifts; the underwear is there because his daughters would use old pairs to tie their hair up as a kind of joke.

Perhaps he’s telling the truth: Hayley’s mother and Jessica both say it’s unlikely that the items belonged to Hayley, given that she was an atheist, her hair was too short for a scrunchie, and the underwear was not the style she wore. A lock of hair trapped in the necklace does provide a DNA match; however, it’s to a fourteen-year-old girl name Alison who went missing in June of 1997. Her body was found without underwear in the woods; she had been raped and strangled. Her mother confirms that the objects were hers.

Cassie takes this revelation particularly hard. Sunny has to step in and finish her team briefing because she’s so devastated that there’s another dead girl involved in the case. It doesn’t help that she’s lonely: her father is moving in with his girlfriend, her son is in New York, and she refuses to pursue a romantic relationship with the retired detective who originally worked on Hayley’s case, despite his kind overtures towards her.

Tim still maintains his innocence, claiming that he’s never heard of Alison. There is mounting evidence, however: in the woods near Middenham, the police have found a spare wheel from the same make of car that Tim was driving when Hayley disappeared – perhaps he removed the tire to make room for Hayley’s body in his trunk. And a 1997 desk diary places Tim at a conference near where Alison went missing on the day that she disappeared – his hotel was only some 200 yards from where her body was found.

The presentation of this evidence causes a change in Tim. He asks for a cup of tea, then calmly admits to killing both Hayley and Alison. If the police treat him respectfully and don’t involve the media, he’ll show them where others are buried, too.

Chris Lowe was trying to give his would-be fiancée Jamila space while she grappled with his difficult past, but now she seems to be avoiding him. She wants to confirm that the charges against him – of looking at child abuse websites – are false, and that he didn’t murder Hayley. Speaking to the investigators in the case solves the first, and Tim’s arrest takes care of the second. Finally, she lets Chris back into her life. He is at first offended that she didn’t believe him and had to confirm his claims independently, but she explains that it’s hard for her to have faith in anything anymore, after her husband was killed by a barrel bomb and she and her son were forced to leave their country as refugees. But now she thinks she and Chris can have a happy life together.

The Hayley Reid case has upended Jamie Hollis’s life and relationships. Neither his wife nor his son will take his calls. Solace comes from an unlikely source: his ex-wife, Mel, who excuses Jamie’s difficult relationship with Eliot: he simply loves his son and wanted to protect him; Eliot’s struggles are not Jamie’s fault. Maybe it’s time Jamie and Mel give Eliot space and let him own his mistakes.

Tim may finally be owning his crimes, but the way he does so is chilling – Sunny describes it as “the closest thing to evil” that he’s ever witnessed. Tim describes himself as a textbook psychopath, and, as a medical doctor, seems to find his aberrations fascinating in a research sense. He doesn’t believe he is capable of emotion, other than towards his daughters and the occasional flash of anger: while he understands intellectually that he has done terrible things in raping and killing adolescent girls, he cannot muster any feeling about his crimes on an emotional level. He has no idea why he is like this.

Tim is also baffled by his sexual obsession with adolescent girls, and cannot find any rational explanation for it in his life based on medical research. Sex was the sole driver of his crimes: he only killed the girls to prevent them from reporting him after he raped them. He purposefully chose strangulation as his murder method because it causes little pain, since it quickly makes you unconscious. Please reassure the families that it was not a painful death, he tells Cassie and Sunny.

Why did he target Hayley? She was in the wrong place at the wrong time. He had seen her cleaning the rental cabin earlier and had developed an attraction, and when he went out to look for Chris after Chris’s nervous breakdown, he ran into Hayley, and that was that. He buried her near a road out of simple arrogance, to see if he could get away with it.

Cassie can barely make it through this interview with Tim (understandably). Tim promises to show them the burial place of another of his victims, and when they arrive with a whole squadron of police out in the countryside and find another girl’s body – Tim makes sure to tell them her name and when he killed her – Cassie cannot take any more. As the body is being dug up, she gets in her car and drives away. When she finally returns home she is soaking wet and traumatized, having wandered the streets during a downpour. For once, her dad is at home, worried about her and ready with a towel and some food. She apologizes to him: he was right; she is lonely and afraid of losing him. He returns the favor, admitting that he might be getting a bit forgetful. Most importantly, he suggests that it might be good for Cassie to take some time off from work. She readily agrees.

Three months pass. Sunny and the team, minus Cassie, are still trying to get Tim to reveal the locations of more victims’ bodies. Chris is getting married to Jamila and she’s pregnant with their child. Jamie has reconciled with his current wife and has improved his relationship with Mel and Eliot, who is beginning to get clean. Cassie is dating the retired detective. And Hayley’s mother and sister have moved away from Middenham. They have finally banished their ghost.