When the Moon Landing Became a Conspiracy Theory 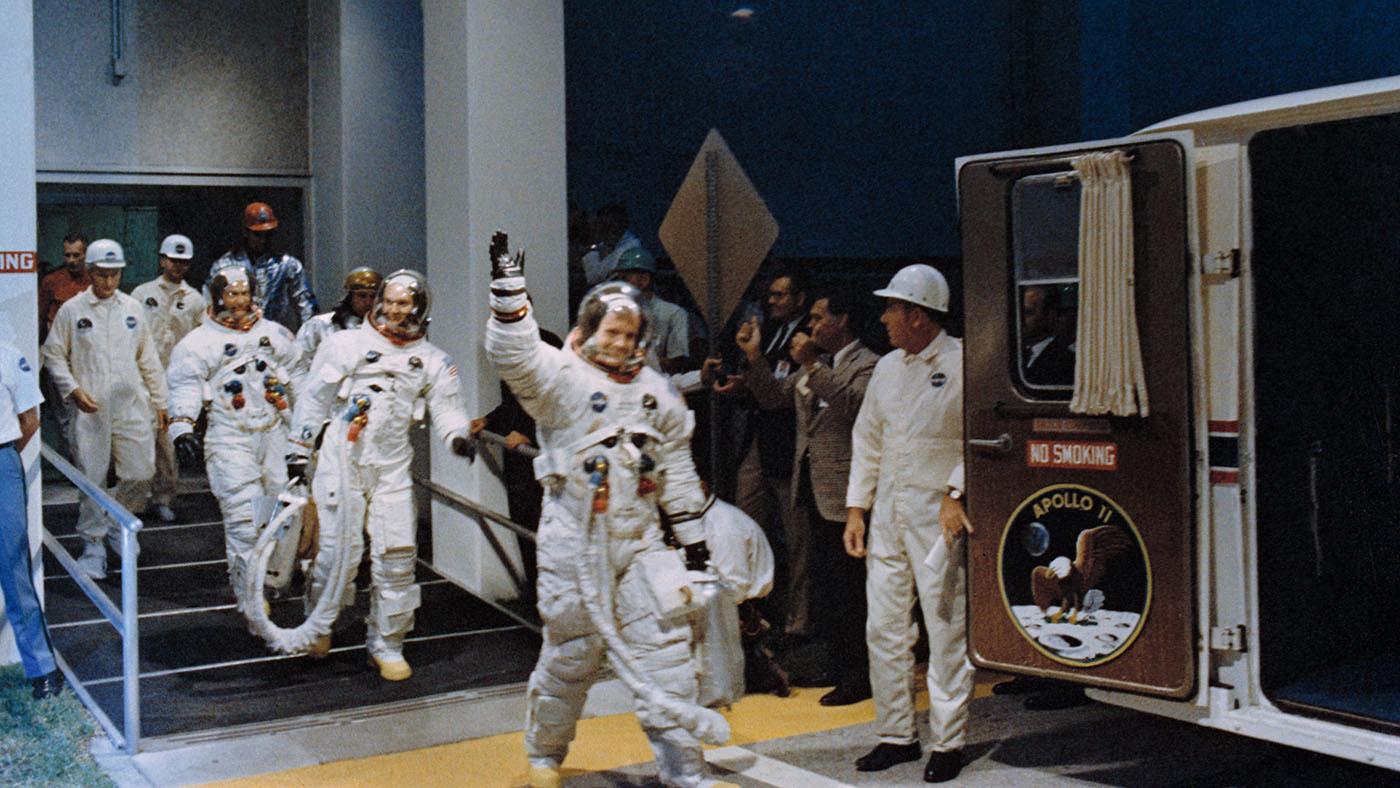 Chasing the Moon airs throughout July and is available to stream.

In 1969, Neil Armstrong stepped off the lunar module and planted his foot on the moon. An estimated 600 million people watched the broadcast on their televisions, but some people literally didn’t believe their eyes.

Less than a decade after the moon landing, widespread conspiracy theories about the landing being faked began to emerge. Dozens of theories exist featuring small details of the landing as evidence for the supposed hoax.

A 1999 Gallup poll found that 6 percent of Americans do not believe that America put a man on the moon, with an additional 5 percent saying they were “undecided.”

It all started with a man named Bill Kaysing, a technical writer who worked for a rocket engine company. In 1976, he self-published a book, We Never Went to the Moon: America’s Thirty Billion Dollar Swindle. Though other conspiracists came before him, Kaysing is the one that made the discussion more mainstream—or as mainstream as conspiracy theories can get.

Despite having no scientific background in rockets, Kaysing claimed that the chance of a successful landing was less than 1 percent, and that faking the landing would have been easier than actually competing with the Soviet Union’s space program.

Other groups and individuals followed suit with their own theories in the decades to come. As recently as 2001, the Fox television network aired a special, Conspiracy Theory: Did We Land on the Moon?, which revisited the topic. The host of that show famously harassed Apollo 11 astronaut Buzz Aldrin on the street, and Aldrin, perhaps even more famously, punched him in the face. Today, some YouTube vloggers and podcast hosts still showcase the theories to millions of viewers. Even NBA star Steph Curry off-handedly told a podcast in 2018 that he didn’t believe a man landed on the moon. He quickly recanted and apologized.

NASA has issued various responses over the years, pointing to photographic, video, and audio evidence, as well as physical evidence—actual lunar rocks that could not have formed under any conditions on earth.

But despite the undeniable evidence, conspiracy theorists continue to deny. Here are just a few of the details that conspiracists focus on and why they aren’t true.

One of the more common lunar landing conspiracy theories is that filmmaker Stanley Kubrick, who directed the 1968 sci-fi film 2001: A Space Odyssey, helped direct a staged moon landing in a Hollywood studio. Conspiracy theorists claim that the rocket launch and return to earth were real, but the landing itself was filmed on a soundstage. Part of the reasoning for this theory was that 2001 features some scenes that take place on the moon, though Kubrick’s fictional moon was very different from the real NASA footage, lacking some of the scientific realities of the lunar surface. For example, in 2001, dust disperses as the spacecraft lands, but that wouldn’t happen on the real moon, because its atmosphere exists in a vacuum.

Conspiracy Theory #2: The Flag Appears to Move in the Wind

Some conspiracists use the flag that the astronauts planted on the moon as evidence for their theories. They claim that a photo shows that the flag is rippling, but there is no wind on the moon. However, a special rod was inserted in the flag so it would stand out on its own for that very reason. The ripples simply result from the way in which the flag is positioned.

Conspiracy theorists use photos from the moon landing as evidence for their claims. The shadows and the lack of visible stars are two of the most common details that they point out. Some claim that the distribution of the shadows is more consistent with lighting on a soundstage than from a single source—the sun. But scientists point out that there is actually more than one light source, including the lunar module and the moon’s surface, which reflects and distributes the light. Similarly, the brightness of these things would make it difficult to see the stars in a photograph, as the camera would pick up the moon’s surface first, since it’s closer and brighter than the distant stars.

Another common detail that conspiracy theorists emphasize is that the lunar module did not leave a blast crater on the surface of the moon upon landing. However, because the moon has much less gravity than Earth, the engines created a lot less thrust than they would on Earth and therefore didn’t leave a large crater.

In 2009, NASA launched the Lunar Reconnaissance Orbiter, a robotic spacecraft that orbits the moon for mapping and imaging. Photos from the orbiter showed the tracks from the Apollo 11 landing site. Still, conspiracy theorists deny not only the first moon landing, but also the subsequent Apollo missions that put astronauts on the moon, unconvinced by the scientific and physical evidence that men walked on the moon. 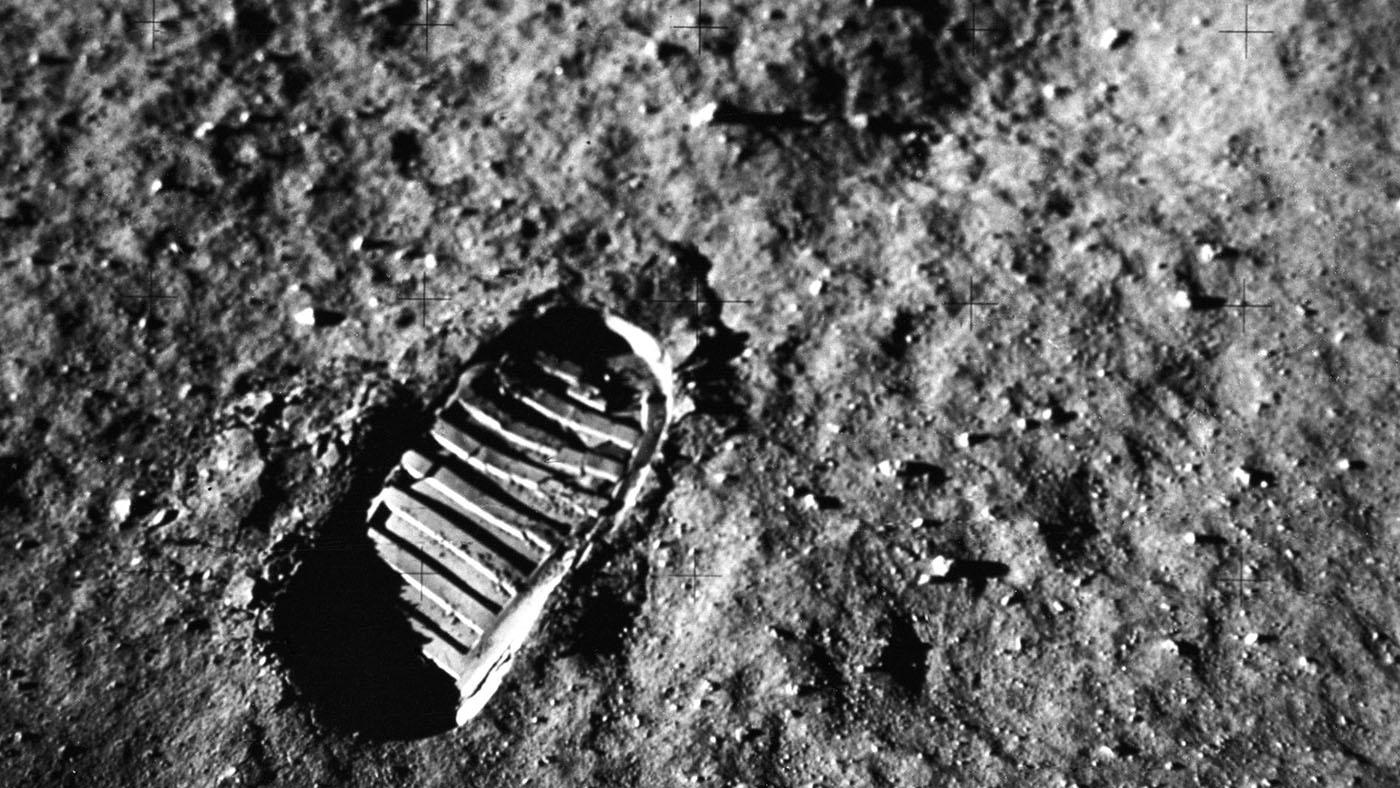 Who Are the 12 Men Who Walked on the Moon?