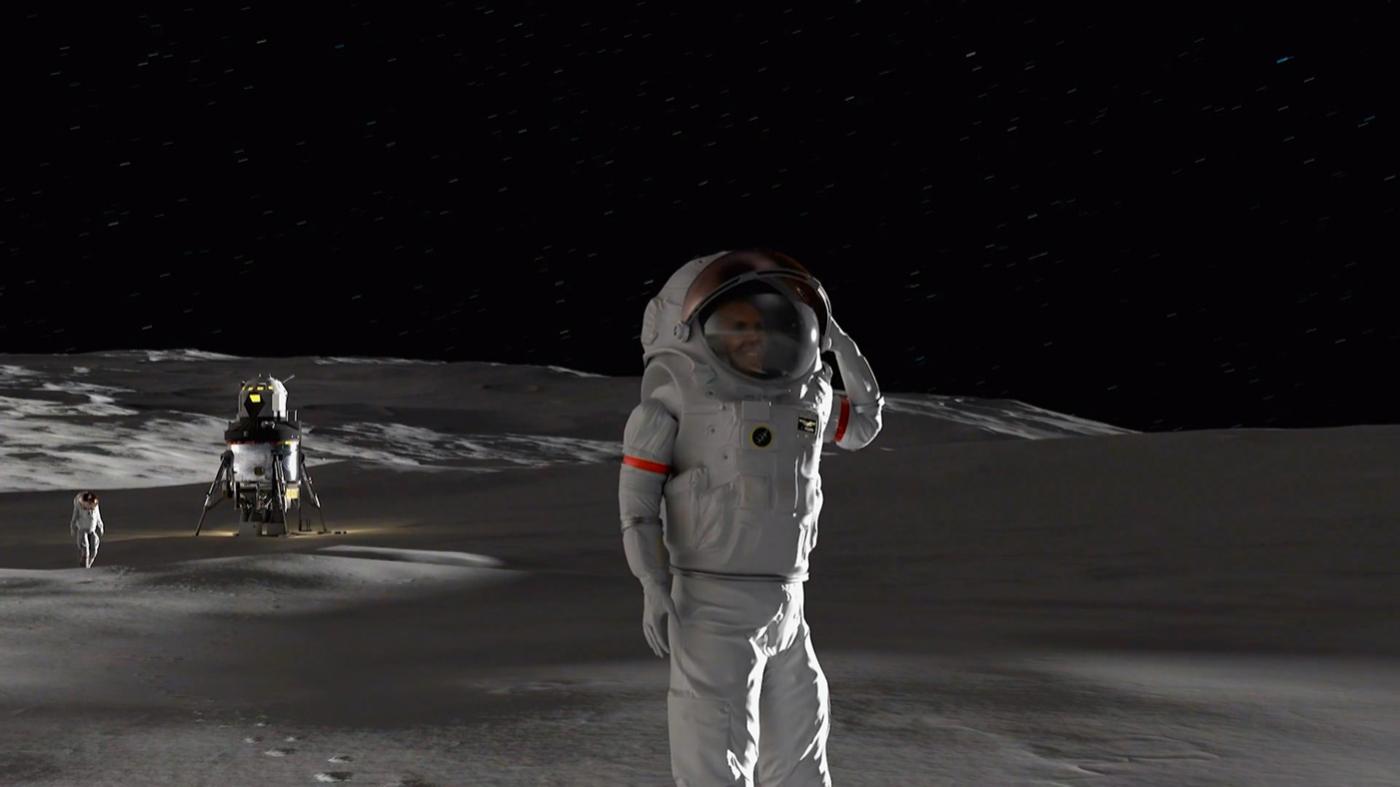 From 'NOVA: Back to the Moon.' Image: WGBH

Explore our Summer of Space programming here, and stream NOVA: Back to the Moon here.

After the Apollo 11 lunar module Eagle landed on the moon 50 years ago and Neil Armstrong and Buzz Aldrin became the first humans to walk on the moon, E.B. White wrote in The New Yorker, “It is traditional, of course, for explorers to plant the flag, but it struck us, as we watched with awe and admiration and pride, that our two fellows were universal men, not national men, and should have been equipped accordingly. Like every great river and every great sea, the moon belongs to none and belongs to all.”

In fact, this principle is codified in international law: the United Nations Outer Space Treaty, which was first adopted in 1967 and now has more than one hundred countries as signatories, declares that "outer space, including the Moon and other celestial bodies, is not subject to national appropriation by claim of sovereignty, by means of use or occupation, or by any other means," and that they “shall be free for exploration and use by all.”

But, ever since the Soviet Union became the first country to land a craft on the moon in 1959 with its Luna 2, the moon has effectively been the domain of two countries: the Soviet Union, which has landed eight craft on the moon, and the United States, which has landed eleven. China has recently joined the lunar tournament, successfully landing two spacecraft on the moon’s surface. No other country has reached the moon, and no country other than the United States has sent a person to the moon. Only twenty-one spacecraft and twelve people have made it to the lunar surface.

That lingering Cold War-era domination of lunar exploration by two superpowers is beginning to change. Before China landed the unmanned Chang’e-3 probe on the moon in 2013, the last probe to land on the moon was sent by the Soviet Union in 1976. In the interim, NASA shifted its focus to building space shuttles and the International Space Station, as well as exploring farther reaches of space with robots. China’s second success came earlier this year, in 2019, when its Chang’e-4 became the first craft to land on the far side of the moon, where radio communication with the Earth is blocked. In April, an Israeli nonprofit organization called SpaceIL sought to land on the moon but crashed instead. It would have been the first craft built by a private organization to reach the moon had it been successful.

SpaceIL emerged out of the Google Lunar X Prize competition, which was announced in 2007 and would award $20 million to the first privately funded team that could land a robot on the moon. The deadline for the prize, which was extended several times, passed last year without a winner.

But several of the competitors, as well as some new companies, continue to aim for the moon or outer space and have been spurred on by the encouragement of government space programs. Last November, NASA announced that nine companies would compete for contracts to take small payloads to the moon, while the European Space Agency is considering a similar initiative. NASA has also contracted with Boeing and Elon Musk’s SpaceX to take its astronauts to the moon. (SpaceIL was launched into space on a SpaceX rocket that was also carrying an Indonesian communications satellite and a small satellite for the United States Air Force.) Jeff Bezos has pitched NASA on buying a lander that his Blue Origin company is developing. Richard Branson’s Virgin Galactic hopes to bring private citizens to space for the small sum of $250,000. And NASA will now allow private citizens to stay at the International Space Station as if it were a hotel, for the tune of $35,000 a night – not including the cost a private company would charge to get the passenger there on a rocket flight. 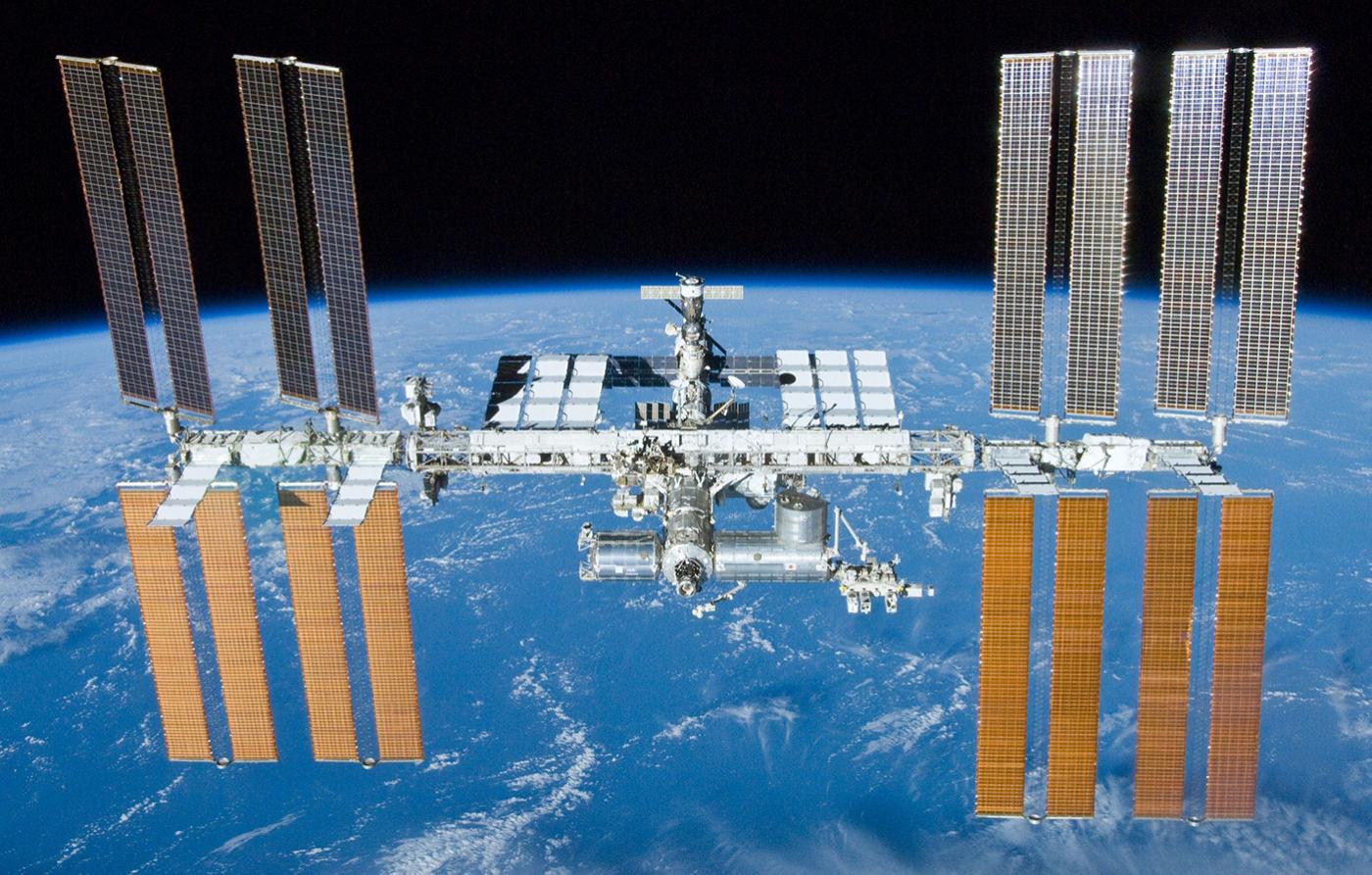 NASA is beginning to award contracts to private companies, and recently announced that it would allow private citizens to stay on the International Space Station (pictured). Photo: NASA

Many of these recent public-private partnerships announced by NASA are part of a new drive under the Trump Administration to return to the moon. In March, Vice President Mike Pence said the United States would land on the moon again within five years. The new program is named Artemis, after the Greek goddess who is Apollo’s sister. The first mission, an unmanned test of a new rocket, is scheduled for late 2020. Astronauts would orbit the moon in 2022, and 2024 would see a crew landing on Gateway, an object orbiting the moon, then taking another spacecraft to the lunar surface. Funding, however, is uncertain.

Money is also an issue for Russia, which has said it will send humans to the moon by 2030, but many observers doubt it has the funding. India has successfully built up a space program, sending an orbiter to the moon in 2008, an orbiter to Mars in 2013, and deploying a record amount of satellites from a single launch in 2017. The country’s space program hasn’t run into funding problems yet – its missions have been cheaper than those of NASA or the European Space Agency – but it has run into delays. Chandrayaan-2, its first attempt to land on the moon, was scheduled to launch this month, but was delayed less than an hour before liftoff.

India is racing against Japan, which has a lunar lander mission planned for next year, to become the fourth country to land on the moon. China is patiently ramping up its own program, expecting to send astronauts to the moon in about 25 years, with an eventual plan to build a moon base. The European Space Agency has a plan to mine lunar ice by 2025 and to have an international “moon village” around 2050.

Lunar ice as well as some sort of moon base are some of the major drivers behind the new push to return to the moon. Lunar ice, a discovery of the past couple decades, could provide drinking water for astronauts as well as breathable oxygen. And it could be used for rocket fuel after being broken down into hydrogen and oxygen, so the moon could act as a refueling station for missions on the way to further objects such as Mars.

This would also make such missions cheaper. As a professor of space resources explained to the writer Rivka Galchen for an article on the new era of lunar exploration in The New Yorker, “Fuel accounts for around ninety per cent of the weight of a rocket, and every kilogram of weight brought from Earth to the moon costs roughly thirty-five thousand dollars; if you don’t have to bring fuel from Earth, it becomes much cheaper to send a probe to Jupiter.”

For, in the end, despite the lofty ideals and rhetoric and names – Chandrayaan-2’s rover is named Pragyan, or “wisdom” in Sanskrit, while China’s Chang’e is named for a goddess who is sent to the moon after saving humanity – space exploration is never just about vision or science. In our contemporary era of income inequality and distrust of government, it is unsurprising that we are increasingly turning to private companies and trying to monetize outer space for the future of exploration beyond Earth.

As more countries reach the moon and bring more international wheels and feet to its surface, E.B. White’s contention that “the moon belongs to none and belongs to all” might start to ring more true – except that the moon’s possibilities may now only be for the rich who can afford to invest in a start-up, profit from space resources like lunar ice, spend enough money to leave our planet, stay on the International Space Station, and look back at all those on Earth who are left behind. 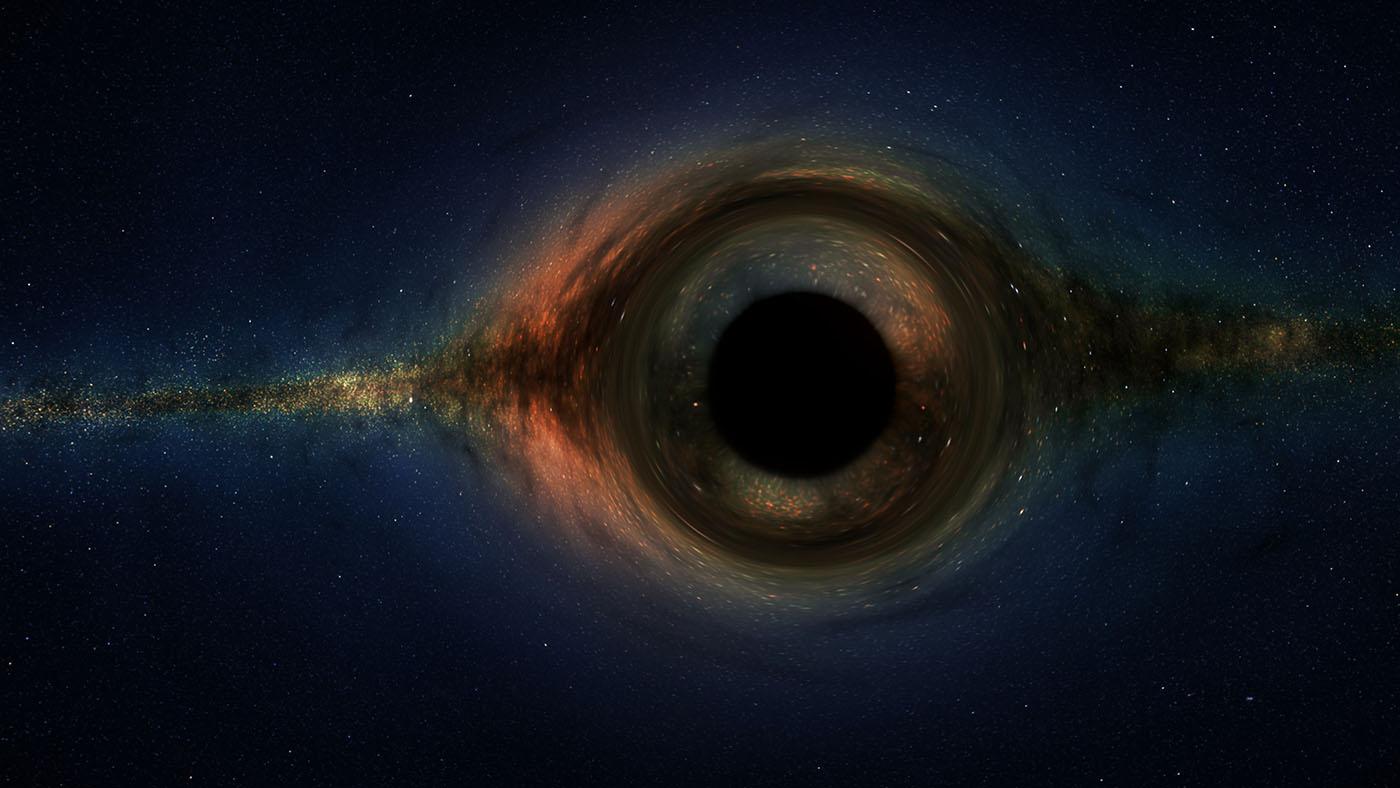 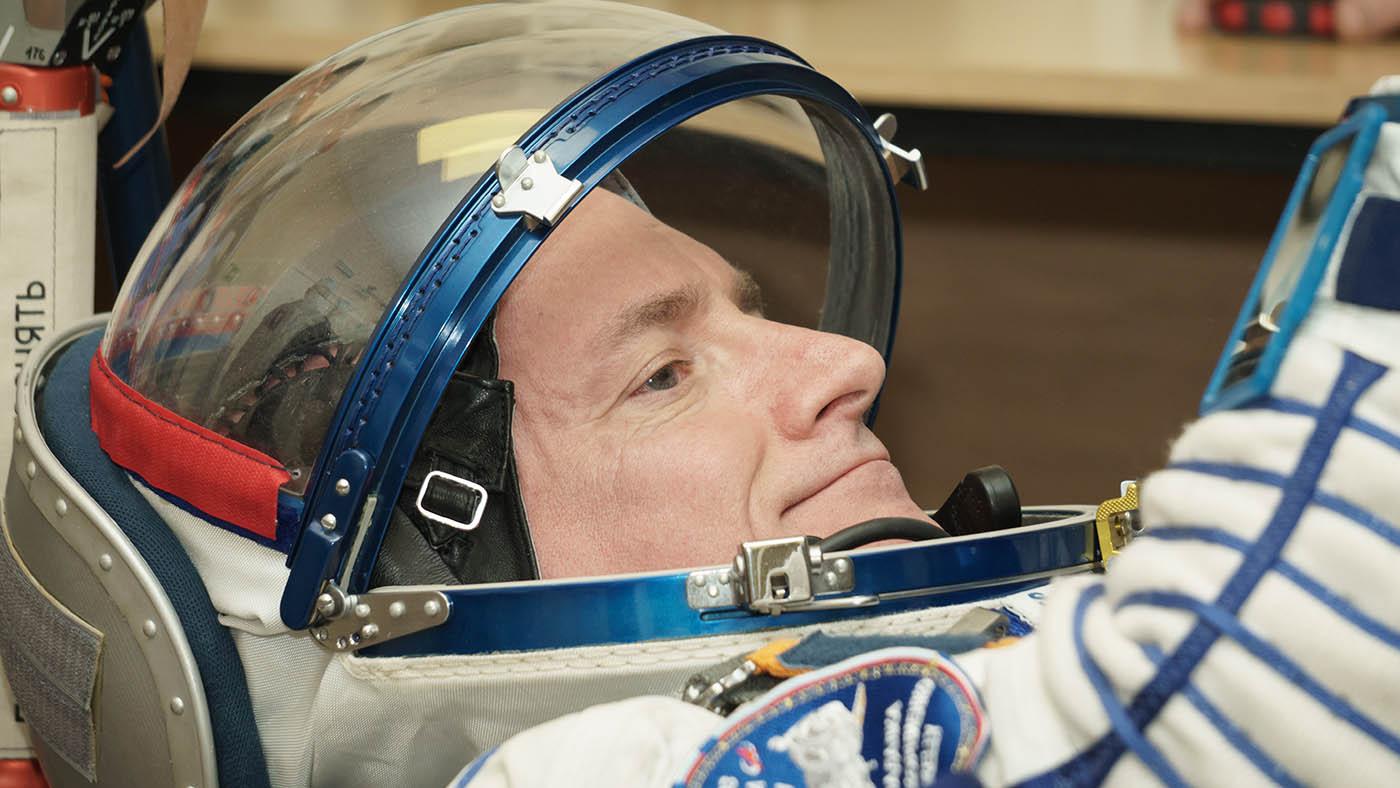 How a Year in Space Affects the Human Body 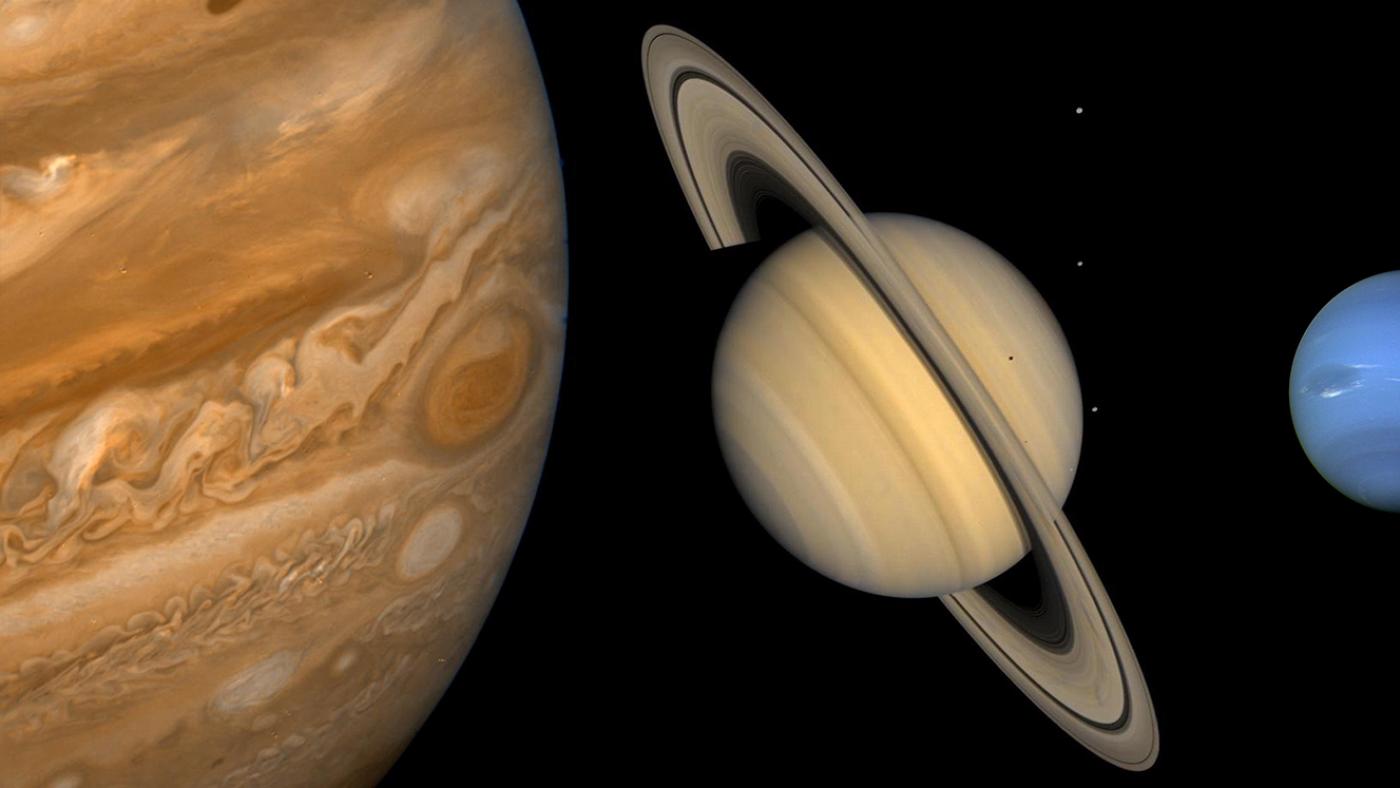 One of Humanity's Most Astonishing Achievements