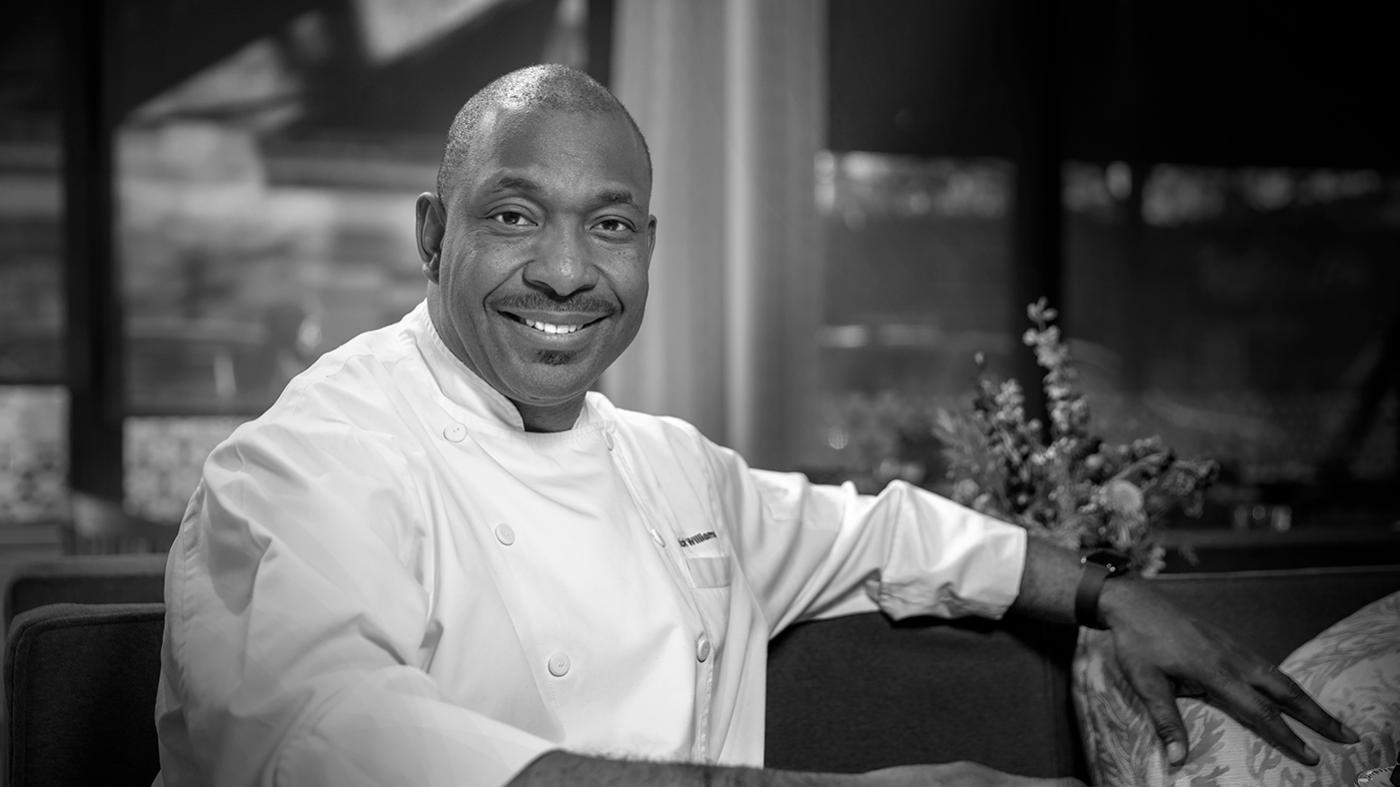 "For me, sustainability is developing and training the largest sum of African American and brown young men and women that I can possibly find," says Erick Williams. Photo: Gary Adcock/Studio37

At the restaurant Virtue in Hyde Park, if you order champagne after dinner, the executive chef and owner Erick Williams will leave the kitchen to join you in a toast and some conversation. Williams is an acclaimed chef, recently named one of “16 Black Chefs Changing Food in America” by The New York Times and lauded by local newspapers during his time as executive chef of MK in River North; he could easily stay cloistered in the kitchen or office and avoid spending valuable time interacting with his customers.

But Virtue is founded on hospitality and kindness, on welcoming people, sharing space with them, and offering them sustenance. “The world is currently craving kindness,” Williams says. “Hence why we named the restaurant Virtue, because kindness is a virtue. And it’s hard to be kind to people if you don’t talk to them.”

Virtue opened in November of 2018 and has since garnered rave reviews, including being named one of Eater’s “Best New Restaurants in America.” It serves what Williams calls “contemporary Southern” or what Phil Vettel of the Chicago Tribune named a mix of “Southern heritage and modern technique,” dishes like blackened catfish with Carolina Gold rice, chicken gizzards with dirty rice and gravy, a vegan coconut cream pie, or cauliflower with giardiniera and dukkah, an Egyptian spice and nut mix.

Dukkah may not be quintessentially Southern, but Williams is refracting the dishes through his own lens. “Why am I limiting myself to blackening spice?” he says. “Some of the same spices that are in blackening spice are in dukkah spice, and some of the same nuts that are in dukkah were on my table growing up. Chefs have a hard time cooking without adding their DNA. At this point in my life, I’m not going to use just red, yellow, and green if I’m doing a painting.” 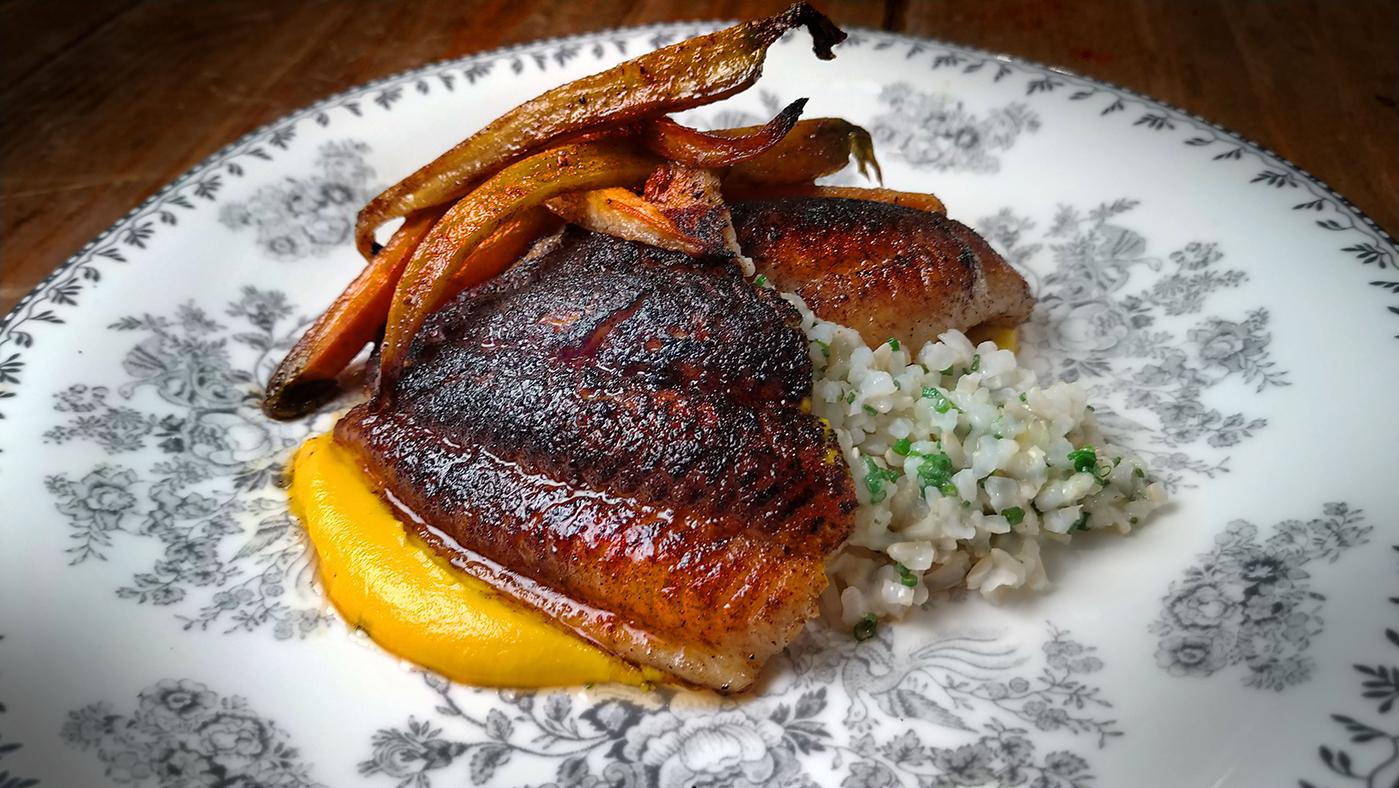 "If I’m going to cook Southern food, then I need to be able to use the whole palette," Williams says. Photo: Gary Adcock/Studio37

Williams is a Chicago native who grew up in Lawndale and Austin, and started learning to cook when his grandmother would give him prep work to do on dinner before his mom got home from work. He then became a chef “as a means to an end,” he says, eventually working for the chef and restaurateur Michael Kornick and rising through the ranks to become executive chef at Kornick’s flagship restaurant MK in 2008. “I didn’t aspire to be a chef; however, Michael is so passionate about food that it became infectious,” he says.

It was at MK that Williams began working on a personal goal of his: training young people of color in the restaurant industry. “I’ve worked in the industry a little bit shy of three decades, and I’ve seen very few African American men or women in places of ownership or in the highest positions in restaurants,” he says. “When I was a young cook, I was the only black guy in the kitchen. But while I was sous chef at MK, I had the ability to hire and fire, and for a pretty long time I was in a position that allowed me to train and advocate through the restaurant’s resources.”

That work continues at Virtue, which Williams began moving towards after MK closed in 2017. (He is also a partner with Kornick’s DMK Restaurant Group in Little Italy’s County BBQ, which reopened this year after a fire.) At Virtue, Williams focuses on training and hiring young people of color. “We want to have a place that feels very inclusive,” he says – it’s a main reason he opened the restaurant in Hyde Park, which is one of Chicago’s more diverse neighborhoods. He frames this mission in terms often heard in the restaurant world today. 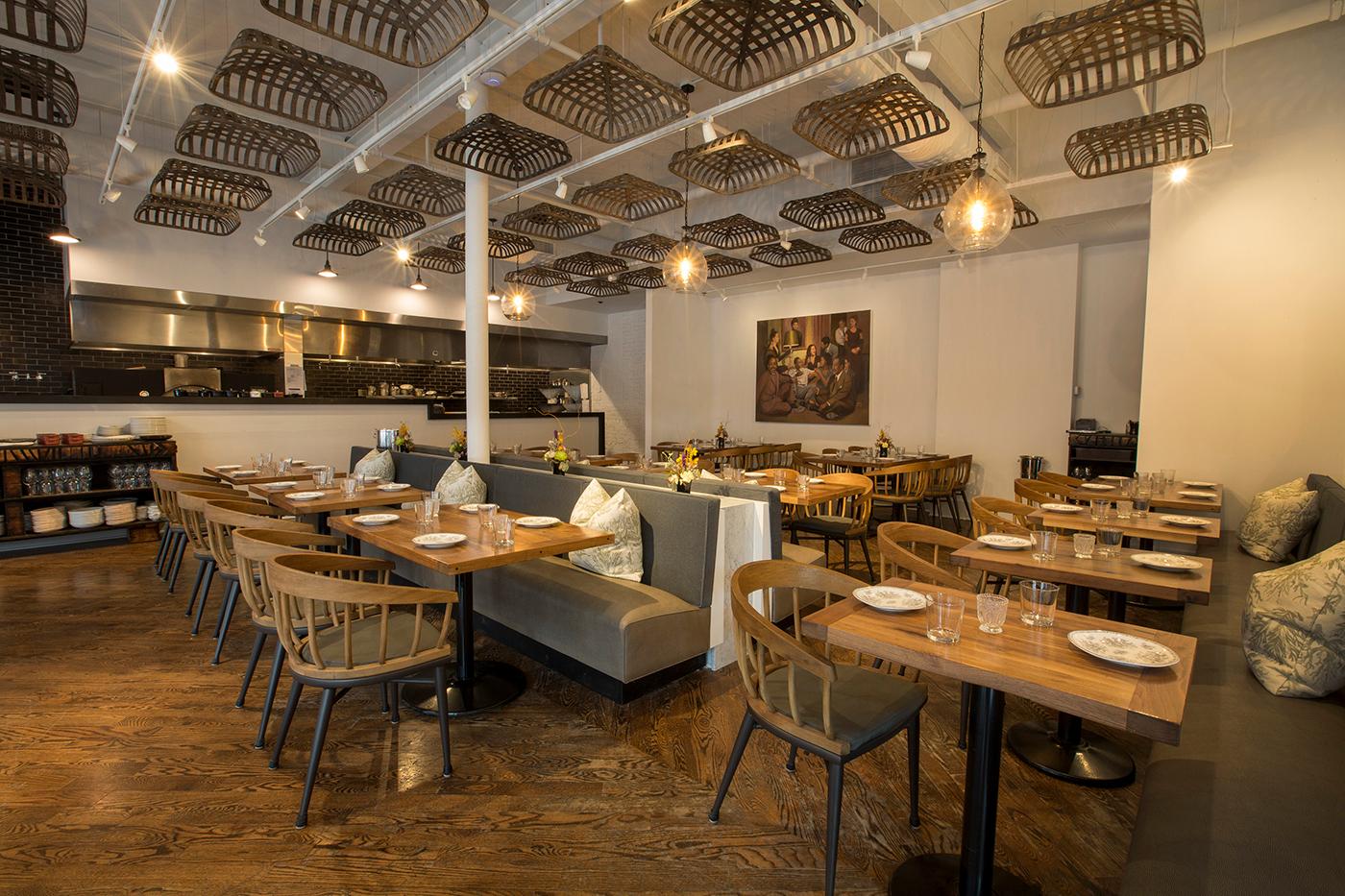 “We want to have a place that feels very inclusive,” Williams says of Virtue, a main reason he opened the restaurant in diverse Hyde Park. Photo: Barry Brecheisen

Such a commitment to advocacy, community, and caring is deeply grounded in Williams’s family and faith. And it informs the emphasis on hospitality at Virtue. A sentiment once expressed by Williams’s father is a driving force behind his desire to cook and open a restaurant: “the search for equality is found through common ground, and sharing a meal is a universal expression of respect and dignity.”

For these reasons, Williams finds service – preparing food for people, making them feel welcome – ennobling, and wants to counter a belief in the African American community that cooking is not a worthy pursuit. “When we talk about African American creativity, it’s often about entertainment,” he says. “But our service to people and in the kitchen is not spotlighted enough. We were the chefs: on the trains, as kitchen hands, as servers, as cooks in the White House. In the community of African Americans, it’s still confused as serving someone, and not providing service. But I don’t identify service as servitude.”

It’s partly this desire to spotlight the historic work of African Americans in kitchens led Williams to cook Southern food and trace its roots – on a recent afternoon at Virtue, he had drawn out on a map the migratory trails of African Americans as they left the South in the Great Migration, marking where different foods and techniques came from and where they went. “I use a map like this and I retrace those steps to understand context and history, and preserve the integrity and identity of Southern food,” he explains. “We’ve forgotten that not all rice is quick rice. We’ve forgotten that it takes 45 minutes to cook fresh-milled grits. We have some efficiencies now, and with those you lose a little bit of integrity. I want to retrace the steps so I can pick up some of the lost value. You have to take a step back to get to where you’re trying to go.”

Williams’s commitment to service is also evident in his humility. “People say to me, ‘You deserve this, it’s your time,’ and I don’t know if you’re ever really deserving of the credit that you get,” he says. “Worthy’s not a good word for me. And if, for some strange reason, I have a moment where my head starts getting big, my wife gently reminds me that the laundry still needs to be done, and the garbage still needs to be taken out.”

Service is a virtue, after all.