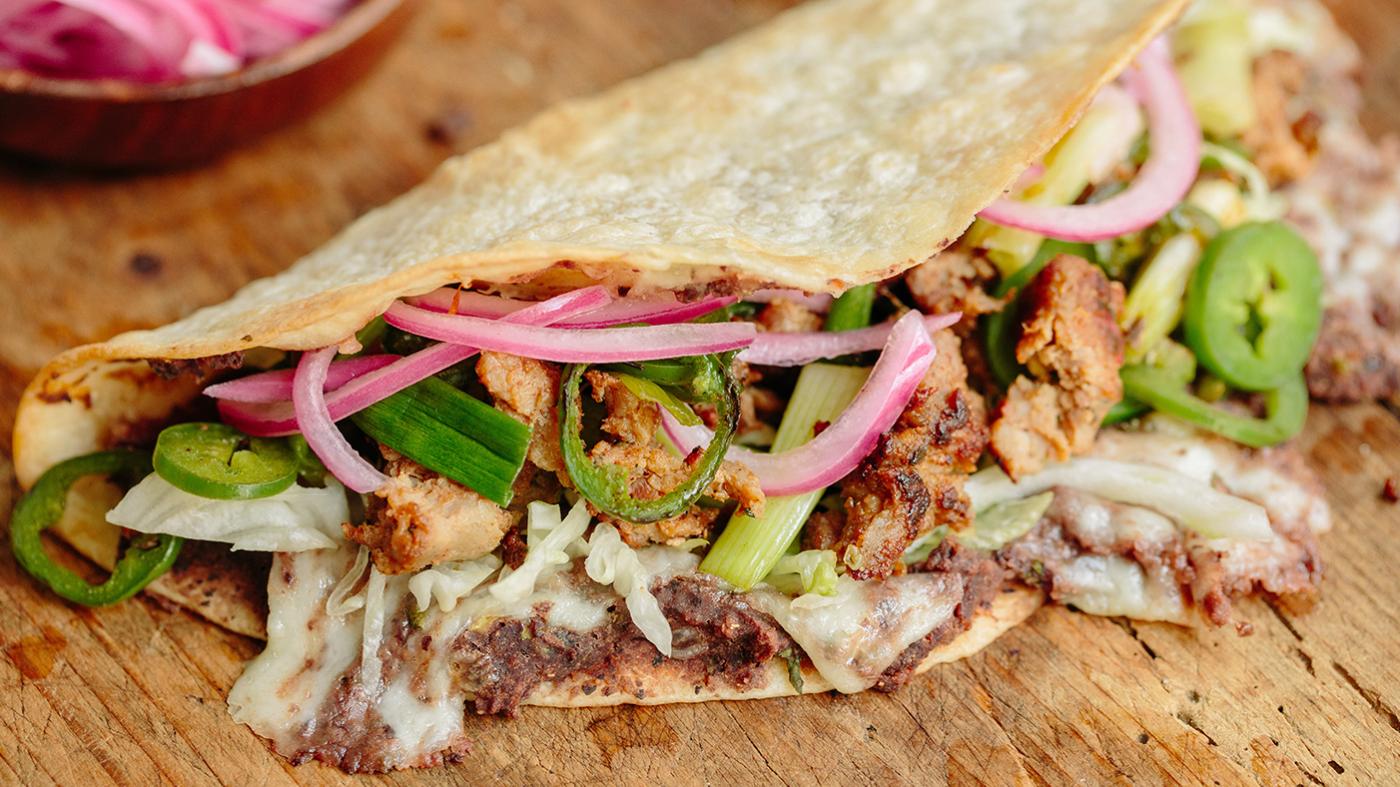 In the third season of Christopher Kimball's Milk Street Television, which premieres Saturday, September 7 at 4:00 pm, Christopher Kimball travels to Lebanon, France, Thailand, Italy, Australia, and more countries to discover new recipes for the home cook. The season premiere features Oaxaca in Mexico and some of its unique foods, including tlayudas, a street snack that is somewhat similar to a pizza: a large tortilla topped with ingredients is toasted on a grill.

Try Milk Street's recipe for a tlayuda (and black bean puree and pickled red onions, both of which are versatile) here.

Oaxaca, Mexico is home to the antojito (street food) known as the tlayuda, an oversized corn tortilla topped with black beans, cheese, meats, and a spate of other ingredients, then toasted on a grill. Since super-fresh, extra-large corn tortillas are difficult to find in U.S., we use flour tortillas instead, and do as some Oaxacans do and fold them in half to enclose the fillings. For ease, we bake them in a hot oven rather than cook them over a live fire. Fill the tlayudas as you like and cut into wedges just before serving.

The black bean puree is quick and simple to make. It's also versatile. Keep some on hand for use as a filling for tacos, quesadillas, or molletes; serve it warm as a side dish to any Mexican-inspired meal; or use it as a dip for tortilla chips. Leftovers can be thinned with water or broth to the desired consistency.

1. For the pickled red onions: In a medium bowl, stir together white wine vinegar, white sugar, and kosher salt. Stir in red onions and jalapeño chili. Cover and refrigerate at least 1 hour or up to 24 hours.

2. For the black bean puree: In a small skillet over medium, toast the cumin and coriander, stirring often, until fragrant, about 1 minute. Transfer to a food processor and add the beans and reserved liquid, chipotle chilies and adobo sauce, lime juice, and 1 teaspoon salt. Process until smooth, scraping the bowl as needed. Transfer to a medium bowl. Stir in the cilantro, then taste and season with salt and pepper.

3. For the tlayudas: Heat the oven to 450°F with a rack in the middle position. In a 12-inch cast-iron or other heavy skillet over medium-high, heat 1 tablespoon of oil until barely smoking. Add the chorizo and cook, stirring occasionally and breaking the meat into small bits, until well-browned, about 5 minutes. Using a slotted spoon, transfer the chorizo to a paper towel–lined plate; set aside. Add the jalapeños and scallions to the pan, then cook, stirring occasionally, until the vegetables are lightly charred, 3 to 5 minutes. Transfer to the plate with the chorizo; set aside.

4. Pour the remaining 2 tablespoons oil onto a rimmed baking sheet and brush to coat the entire surface. Place 2 tortillas on the baking sheet to coat the bottoms with oil, then flip them and coat the second sides. Spread 1/4 cup of the black bean puree evenly on half of each tortilla, all the way to the edges. Top the beans on each with a quarter of the cheese, then fold the unfilled half over to cover and press gently to seal. Transfer to a plate. Repeat with the remaining tortillas, beans and cheese.

5. Place the filled and folded tortillas in a single layer on the baking sheet. Bake until the cheese has melted and the bottoms of the tortillas are golden brown, about 10 minutes. Using a metal spatula, transfer the tlayudas to a wire rack and cool for 5 minutes. Carefully open each and fill as desired with the chorizo-jalapeño-scallion mixture, lettuce, pickled onions, tomato, and hot sauce. Re-fold, then cut into wedges. Serve warm. 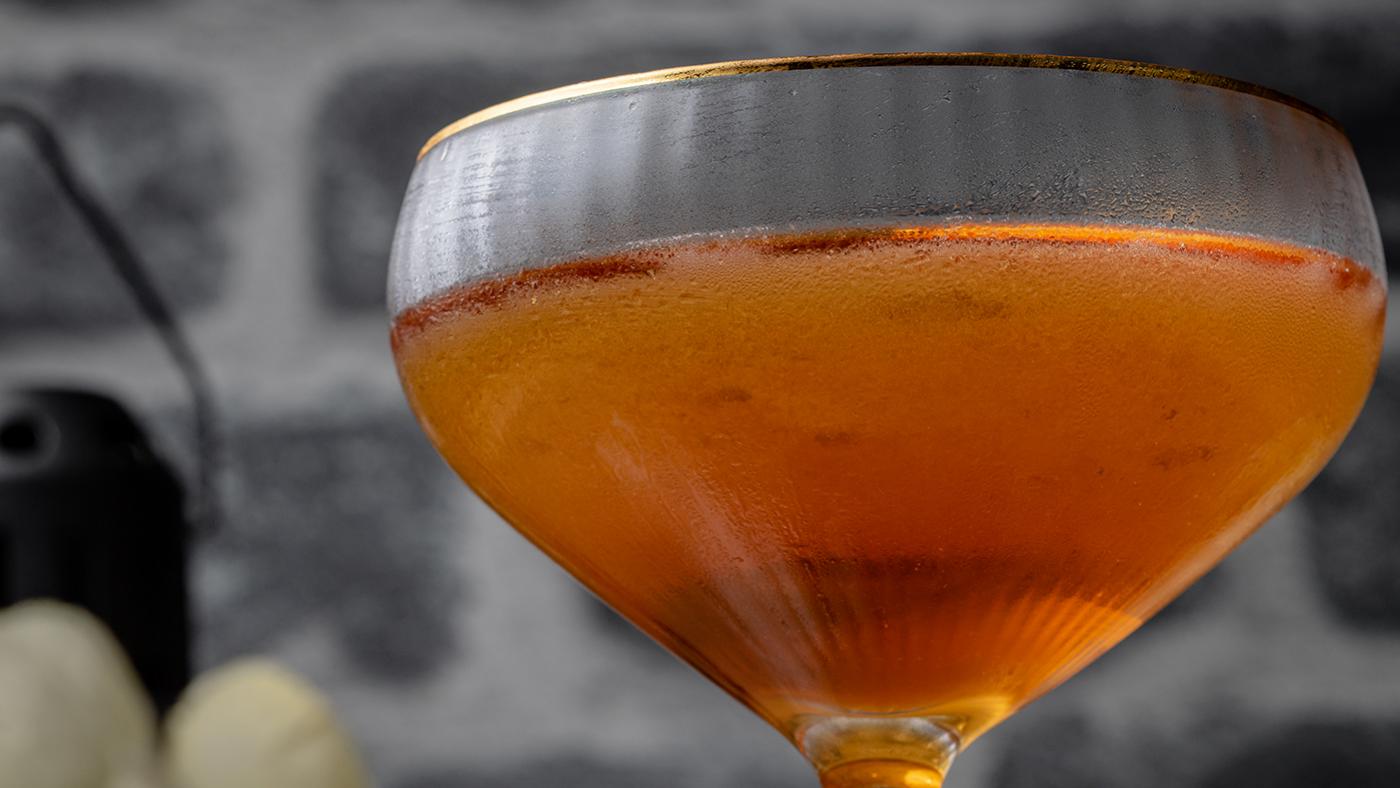 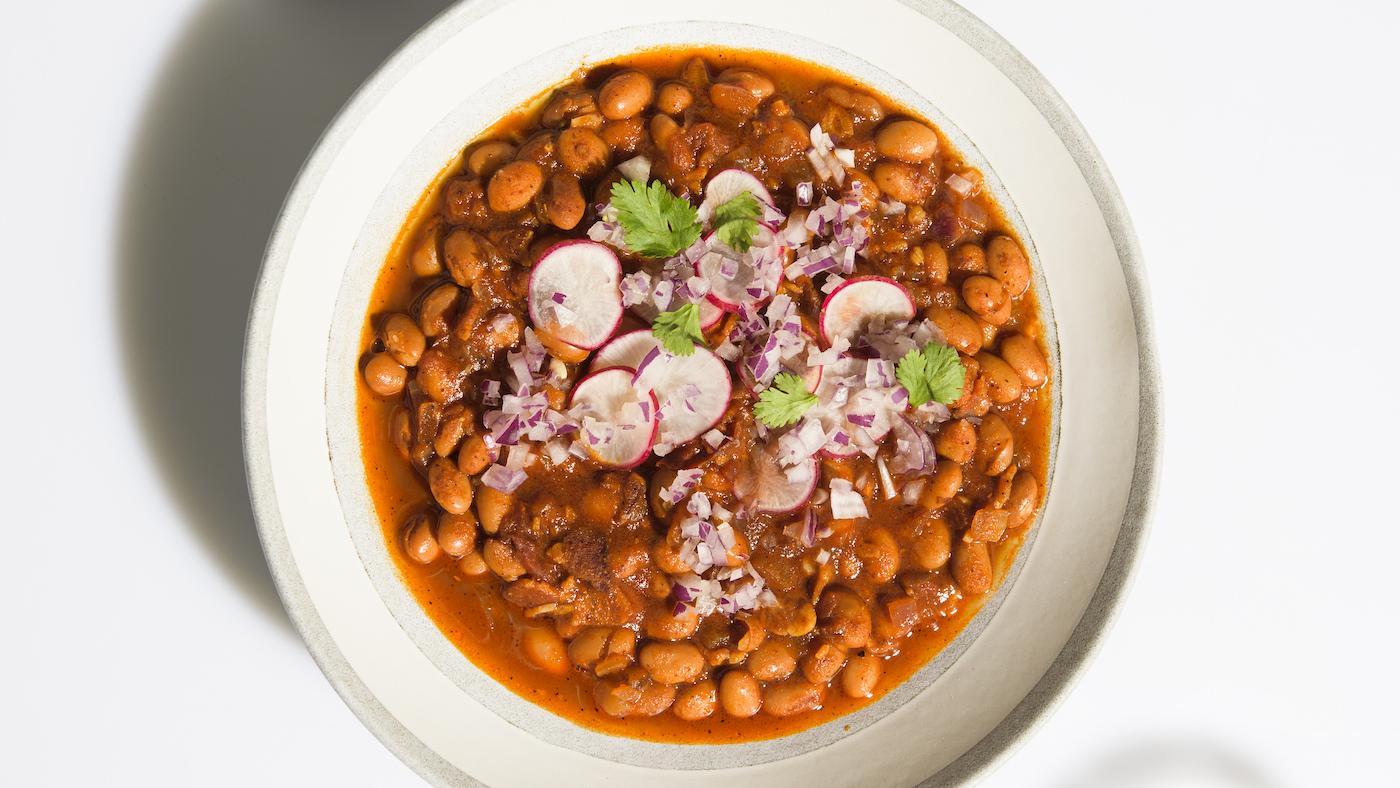 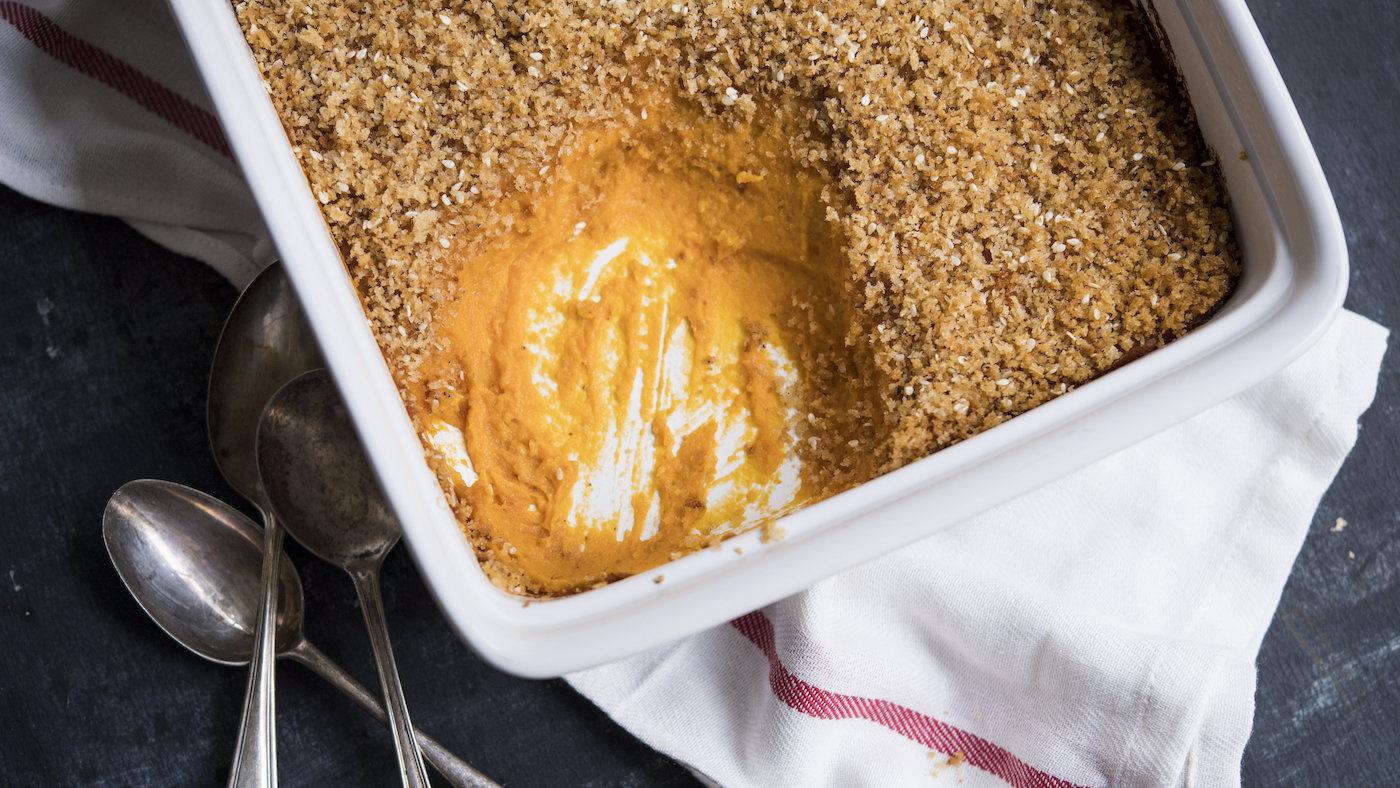 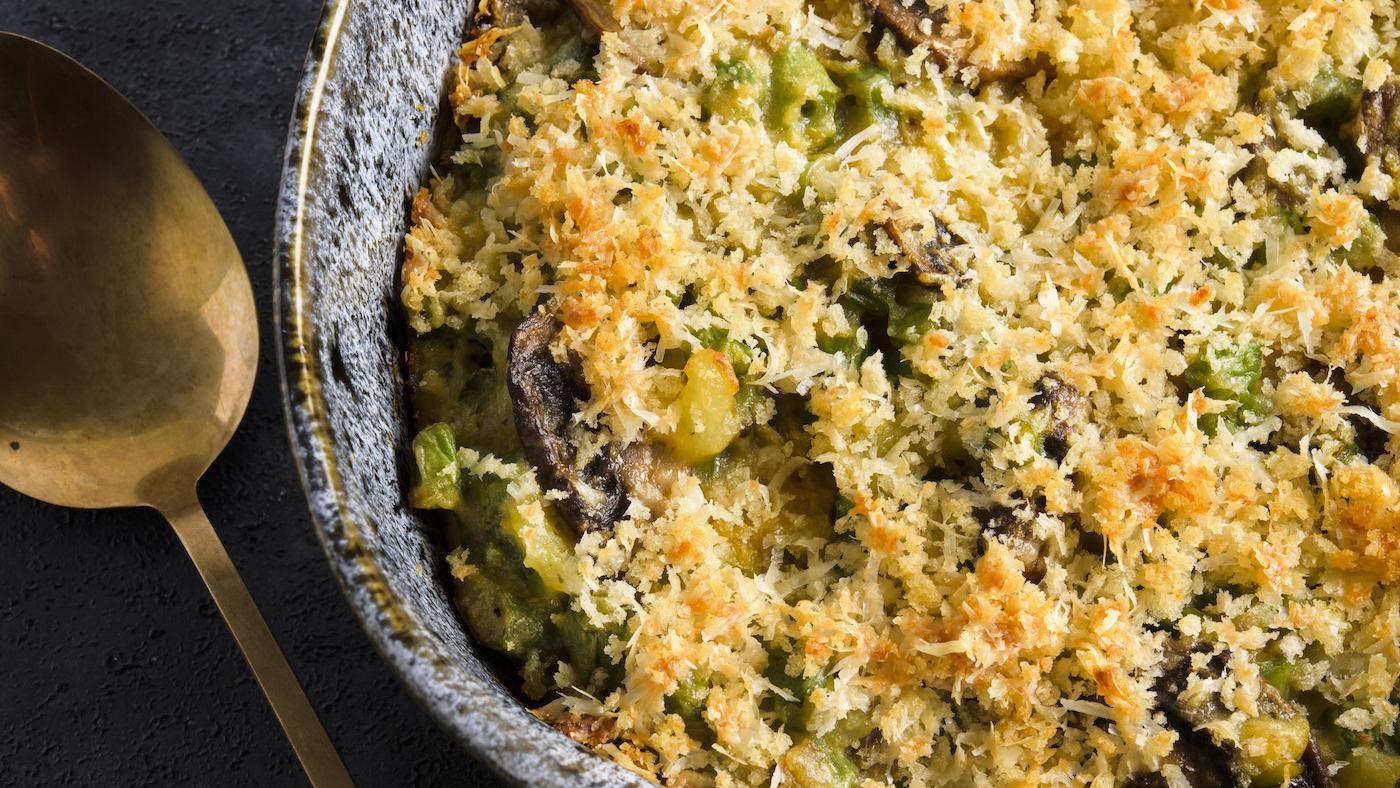 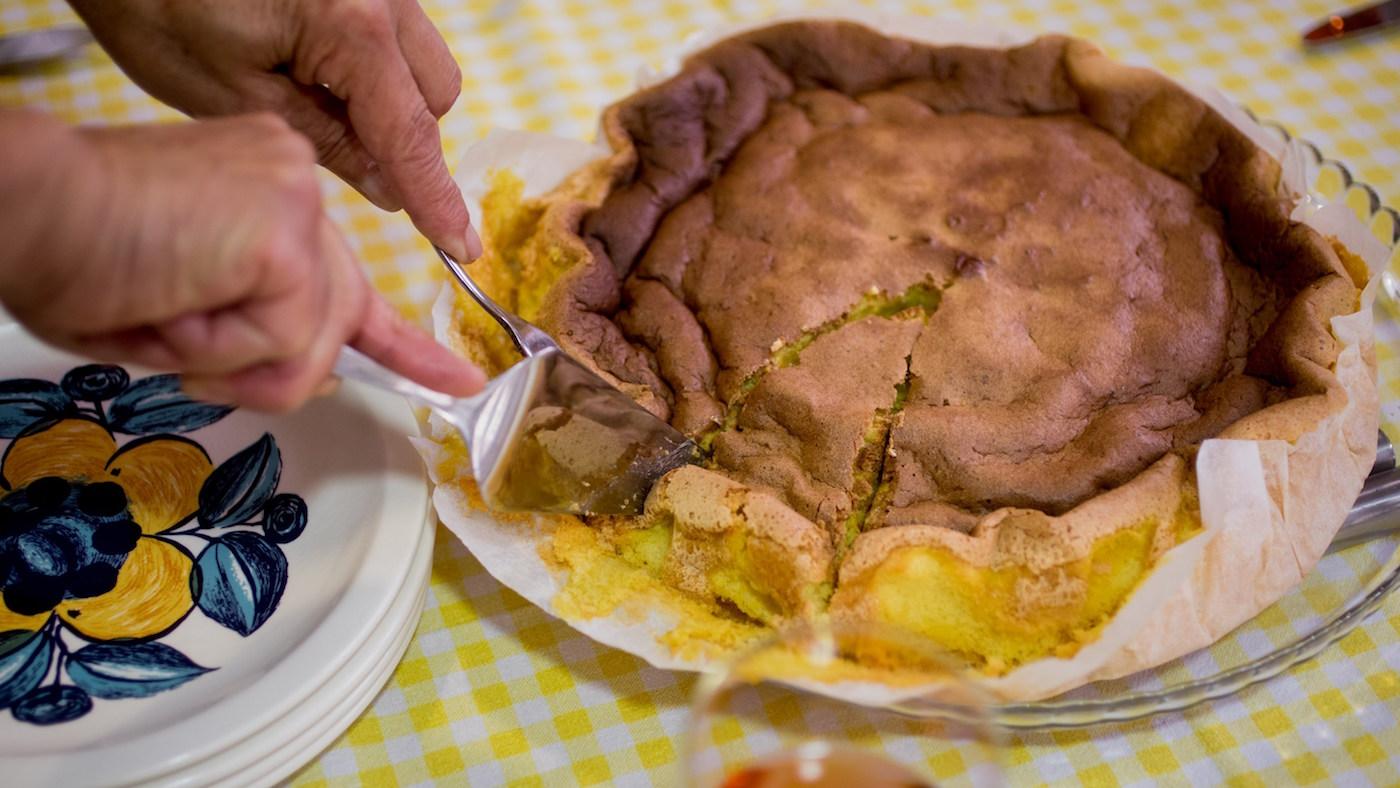