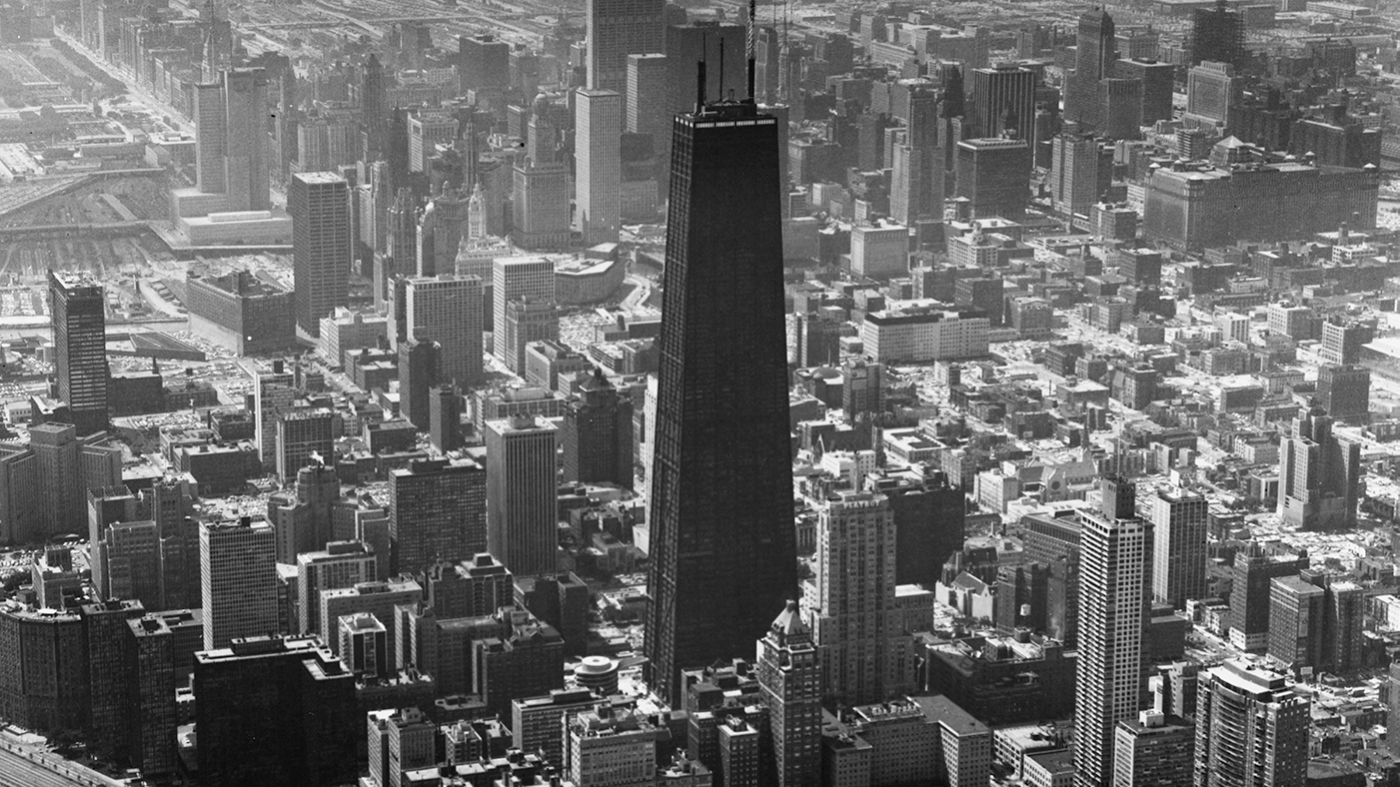 Before the John Hancock Center, now called 875 N. Michigan, was built 50 years ago, the tallest buildings in Chicago were the Daley Center and Lake Point Tower. The Hancock is nearly twice as tall, topping off at an architectural height of 1,128 feet. Designed by the Skidmore, Owings & Merrill team of architect Bruce Graham and structural engineer Fazlur Khan, it featured a pioneering new structural system that allowed a building to be both taller and more efficient, paving the way for such supertalls as the Sears Tower (also designed by Graham and Khan) and the Standard Oil Building in Chicago, and the World Trade Center in New York.

"It will always be something for people to reach for," says William F. Baker, a structural engineer at SOM (the current name for Skidmore, Owings & Merrill) who has designed the structural system for his own groundbreaking supertall, the Burj Khalifa in Dubai. "Its clarity and simplicity and expressiveness and the story it tells is just timeless." In the video below, hear Baker discuss the structural achievement and legacy of the John Hancock Center along with Kathy Kulick, a docent at the Chicago Architecture Center; Bill Casey, 875 N. Michigan's chief engineer; Nichole Williamson, the general manager of the building's observation deck, 360 Chicago; and WTTW's own Geoffrey Baer.

875 N. Michigan is a frequent topic of curiosity for Chicagoans, who have asked Geoffrey Baer about various aspects of it during his "Ask Geoffrey" segment on Chicago Tonight. Learn about the purpose of the superstructures (often known as antennas) on top of the building and why they are no longer equal heights (you can also hear more about the "little building on the northeast corner" of the Hancock that prevented the architects from building two towers by refusing to sell at the same link.)

You can also watch the building engineers manually change the colored lights at the top of the building in a segment from 2014. The process is substantially easier now, as the fluorescent lighting was switched over to LEDs in late 2017.