A New Series Providing the History Behind the Headlines 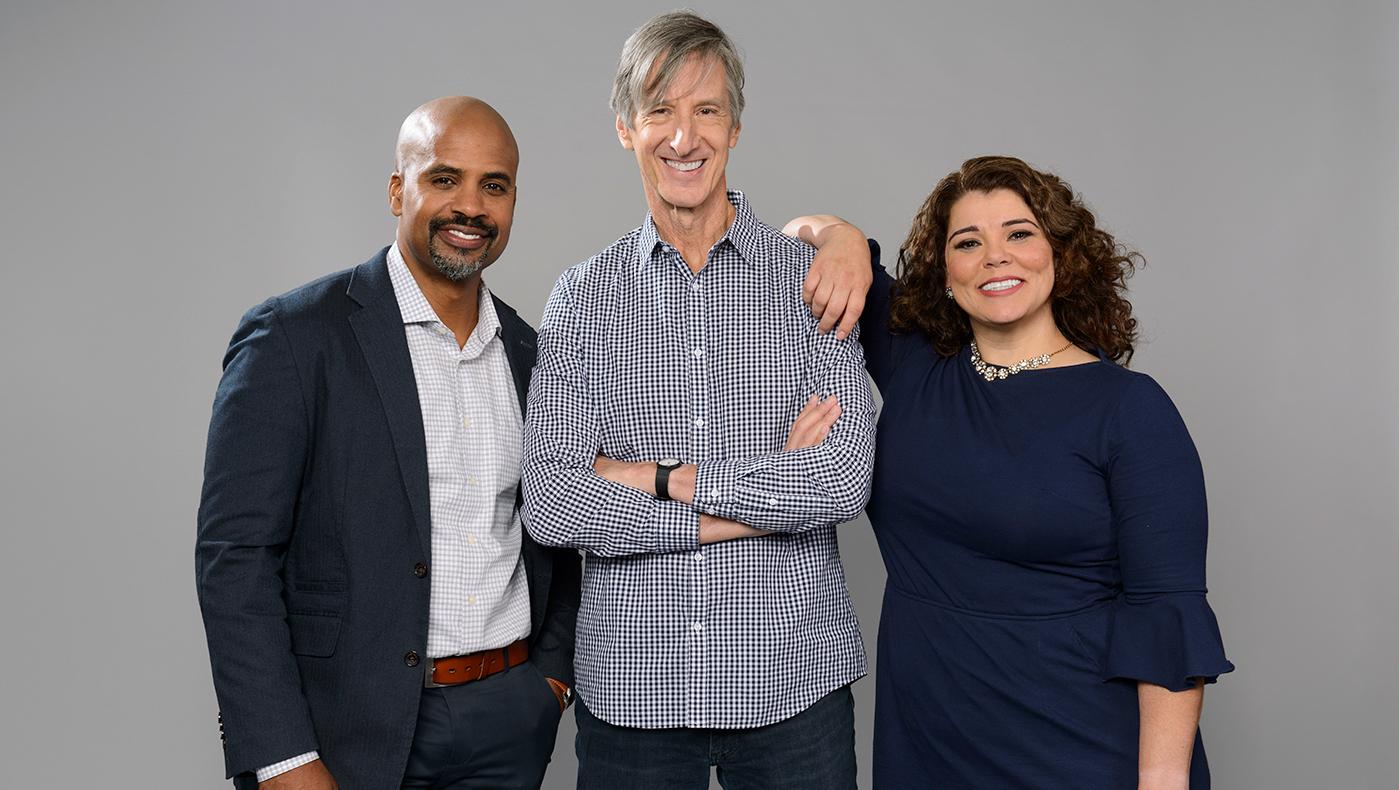 Retro Report on PBS airs Mondays and Tuesdays at 9:00 pm CT (check local listings) and will be available to stream.

We live in an era where news comes quickly and with little context: boldface words flash across the bottom of a screen on cable-news channels, blaring headlines appear in phone alerts, rapid-fire tweets present unverified information as events unfold. But there’s always a backstory that can provide a more nuanced understanding of today’s news. Enter Retro Report on PBS, a new series premiering Monday, October 7.

“Because the news happens in such quick snippets today, there oftentimes is not the time to view news events in context of their historical roots,” says Masud Olufani, a multidisciplinary artist and co-host of Retro Report on PBS. “Retro Report tries to fill that gap that exists between the present moment and our past by providing some context and allowing us a little bit of breathing space to consider how present-day events are shaped by the past.” 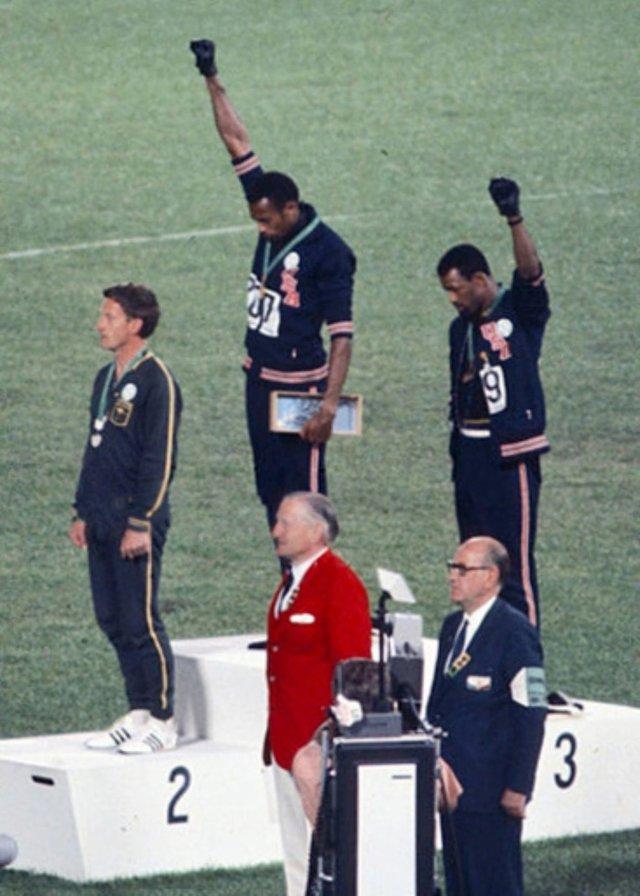 Colin Kaepernick's protests have a predecessor in the 1968 Olympics. Photo: Angelo Cozzi (Mondadori Publishers) Retro Report on PBS is the latest effort by Retro Report, a non-profit organization whose mission is “to arm the public with a more complete picture of today’s most important stories,” by exploring the historical roots of headlines and providing the context often lacking in breaking news stories. Retro Report on PBS finds precursors to the former NFL player Colin Kaepernick’s protests against racial injustice in protests by black athletes at the 1968 Olympics; it shows how President Trump’s strategy for dealing with the press and whistleblowers has precedents in both Nixon and Obama; and it turns to psychological experiments in the 1950s to understand social media’s addictive power, among other topics.

“It helps to not just put things into context, but to give us a better understanding of why things are happening and whether or not things change,” says Celeste Headlee, a journalist and co-host of Retro Report on PBS. “If you think that an event is the first time something’s ever happened, that’s going to give you a very different perspective on problem-solving than if it’s something that has happened again and again and again.”

As a journalist with more than twenty years of experience in public radio, Headlee understands the value of a project like Retro Report not only to the public but also to reporters. “There is so much that we don’t know or that has been forgotten,” she says. She points to the #MeToo movement as an example: Retro Report looks back to Wall Street in the 1980s, when “sexual harassment” was first accepted as a legal term in a court case.

“Those women were forced into arbitration: they had to go to court just to be able to sue, and they go through that by making it a class-action case,” Headlee explains. “Because they won that victory, companies stopped using forced arbitration quite as much and they started writing these non-disclosure agreements. In fact, the majority of the country now has to sign non-disclosure agreements. That story strikes me so much because that victory they won back in the 1980s on Wall Street, it was really a shadow victory. The battle may have been over, but it just shifted to another battle.”

Knowing that history affects how Headlee would cover the #MeToo movement as a journalist now. “So much coverage of the current #MeToo movement has been congratulatory,” she says. “But I would have much tougher questions: ‘What are you watching for, what are the other ways that companies can get around sexual harassment policies?’ Because in the past, as you see over and over and over, they find a way around, they find a way to protect executives and management again and again and again.” 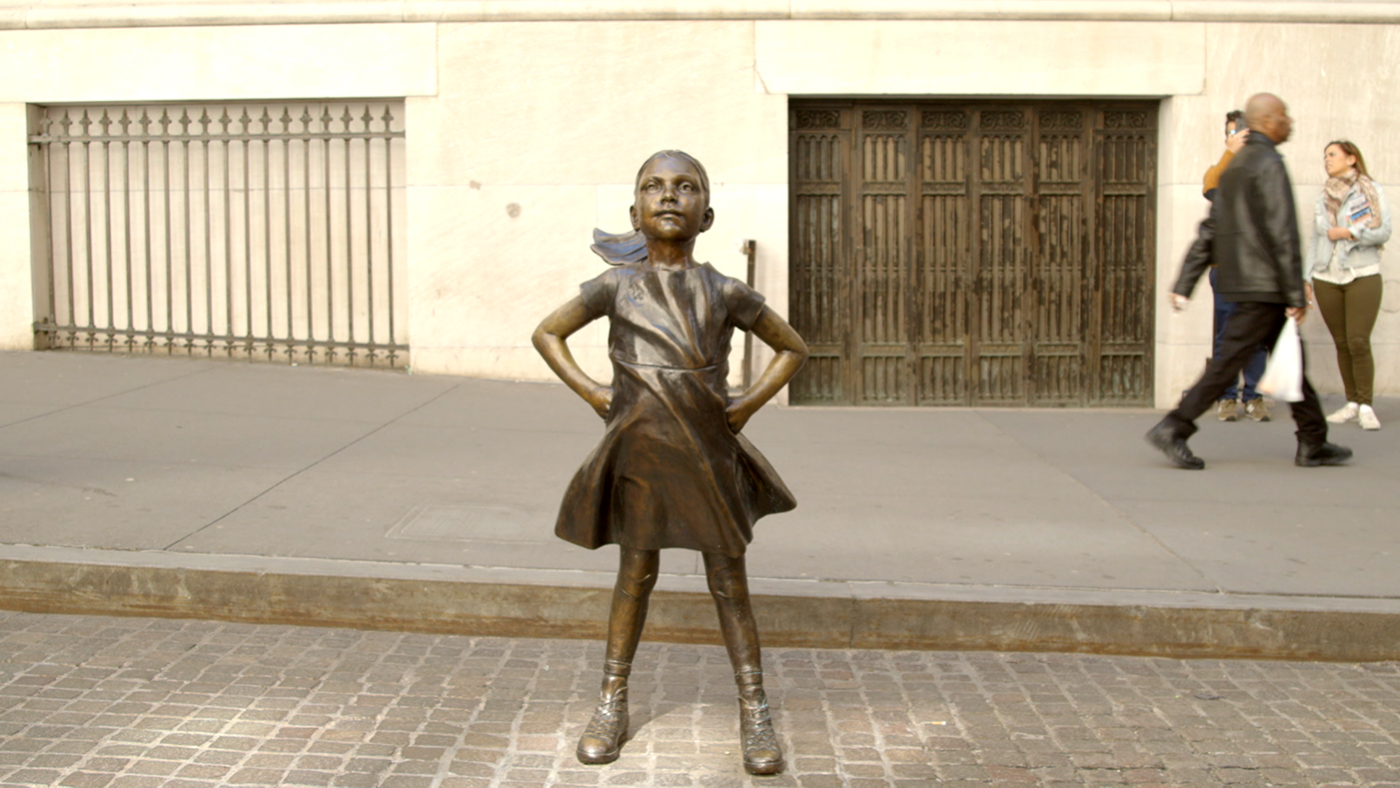 As an artist, Olufani was drawn to Retro Report because much of his work “deals with history and memory, and reclaiming suppressed narratives that are suppressed for a variety of reasons: maybe because of embarrassment, or a kind of public shame, for example, surrounding the issue of slavery. Retro Report is doing that reclamation on a broad scale, dealing with a number of different topics.”

Despite the sometimes difficult topics it covers, the show is leavened with a bit of humor at the end of every episode, courtesy of New Yorker humorist Andy Borowitz, who provides a satirical look back at such things as lunar conspiracy theories and the time-honored tradition of the politician’s non-apology. “That bit of humor on the back end allows people to take a deep breath and relax,” says Olufani.

Such lightheartedness does not mean that Retro Report is not hard journalism. “We cover these issues in a very smart and careful way in which we are fact-checking almost obsessively, verifying every single piece of information,” says Headlee. This helps the series cover issues in a nonpartisan way, she explains, “because we’re not talking about party politics, we’re talking about history. That’s the thing that we have in common. I’m not saying that we all agree on the interpretation of our history, because we don’t, but it can start a different kind of conversation than the ones we’re currently having that always seem to lead to argument.”

Understanding the historical context of today’s issues can not only provide common ground, it can also help lead us forward, Olufani argues. “If we don’t understand where we have been, it’s quite challenging for us to understand where we are fully,” he says. “I think having a deeper awareness of how history has shaped our present understanding and our present perception of who we are can also help us have a clearer vision of where we want to go individually and collectively as a society.”