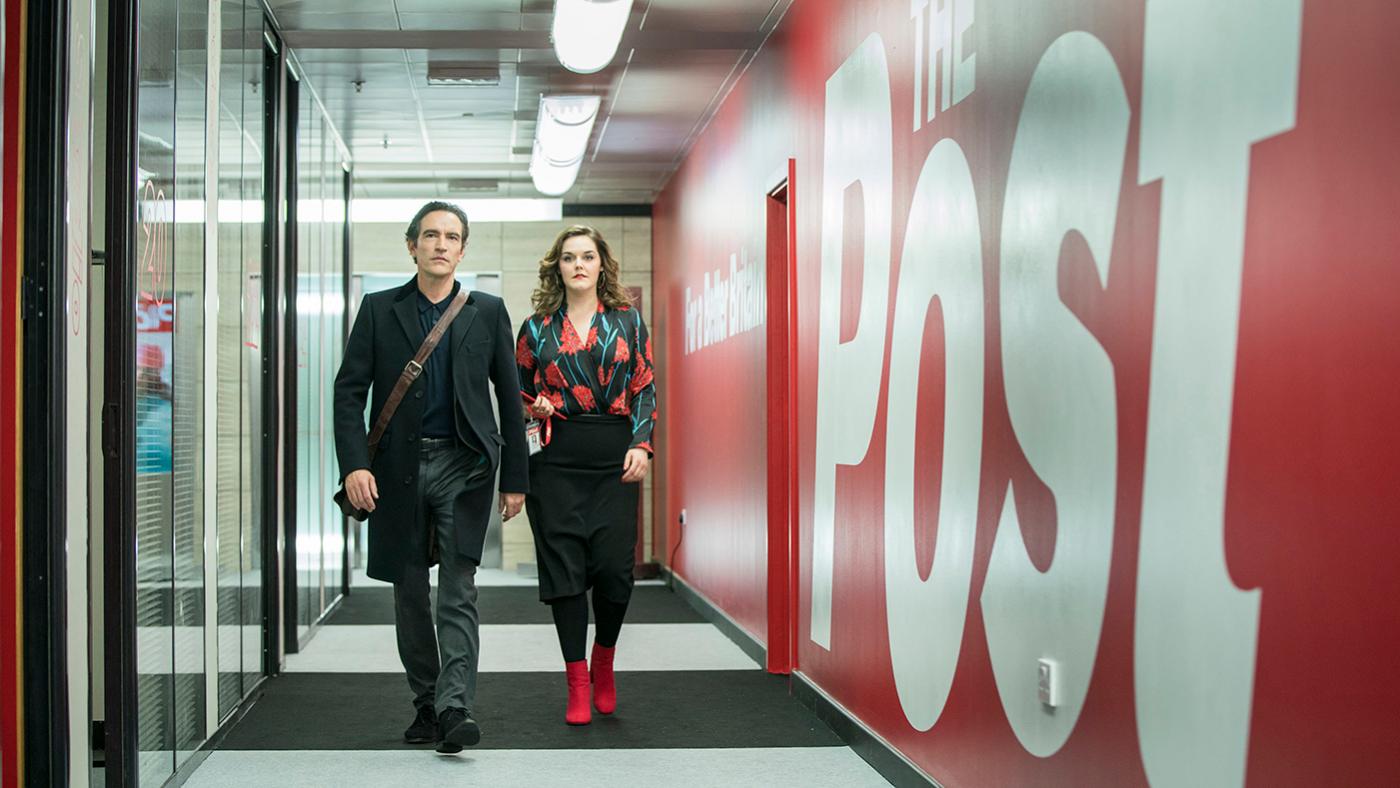 Duncan Allen is the unscrupulous editor of a sensationalist newspaper willing to stoop to any tactics to get readers. Photo: Lookout Point /Colin Hutton

Press airs Sundays at 9:00 pm and is available to stream. Recap the following episode and the whole series.

Holly Evans’s birthday is off to a great start, not that she wanted to celebrate anyway. A deputy news editor at the Herald, a newspaper known for its investigative reporting and high ideals, she begins her day by giving a loathed right-wing commentator named Wendy Bolt a tour of the paper’s offices. Wendy prefers the Post, a sensationalist rag. “It’s more fun,” she says.

Not necessarily for its reporters. Ed Washburn is a new hire at the Post and has been sent on his first “death knock”: he has to convince the parents of a professional soccer player who just committed suicide to let him into their house and speak with him. First, the door is slammed in his face. But his persistence pays off: when he tells the parents that his piece will be a tribute, they let him in.

When Ed returns to the Post headquarters, he is congratulated on getting the parents to talk – and then sent straight back to their home. Sean Kingsley, the man who committed suicide, was secretly gay, and seems to have killed himself after being blackmailed. Duncan Allen, the editor of the Post, wants Ed to tell his parents and get their reaction.

Duncan is a master of crude manipulation in search of a story. Decades-old sexy photos have surfaced of Carla Mason, the most prominent female member of the cabinet and a champion of feminism. She tries to convince Duncan not to publish them; he says the only way to keep him from putting them on the  front page tomorrow is to grant the Post an interview. And he’d also like a photo to run with the interview: Carla can pose with a reality TV star wearing a t-shirt reading “Check Me Out,” the slogan of a youth-directed campaign encouraging breast cancer examinations. Carla walks out.

At a reception with a woman who became a crusader for more stringent protection laws against the press after her daughter was killed twenty years ago and reporters exploited the story, Duncan defends the prying of the press. In fact, he covered the story as a journalist back then. Amina Chaudury, the editor of the Herald, finds it hard to believe such a craven seeker of public attention was once a hard journalist. 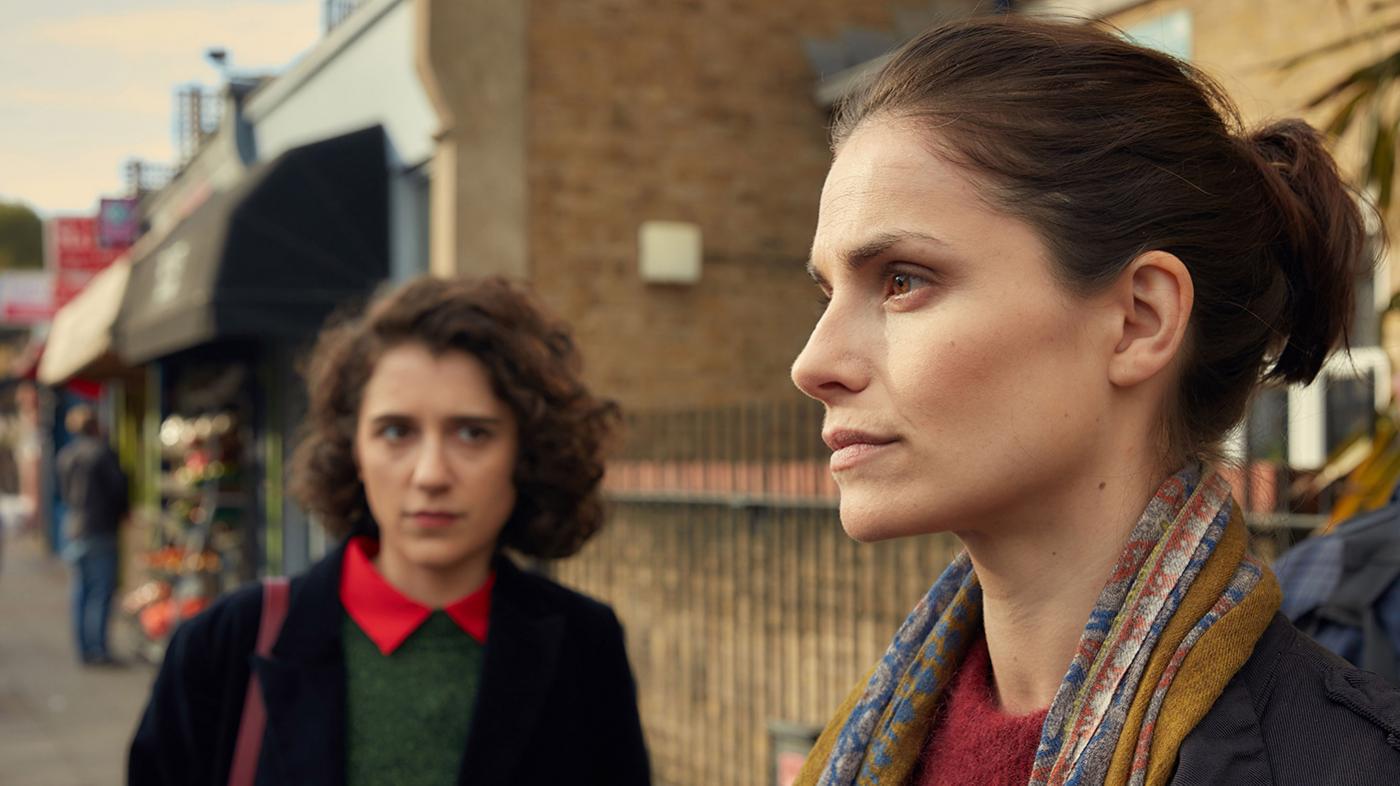 Holly Evans is not having a good day as she tries to investigate a hit-and-run and has to give a tour to a right-wing commentator. Photo: Lookout Point /Robert Viglasky

Unfortunately, the Herald needs Duncan’s help. Holly is working on a story about a hit-and-run that killed a woman named Andrea Reed. Holly is unusually involved with the story, personally overseeing the young reporter designed to cover it – perhaps because the incident reportedly involved a police car. When the police say there were no cop cars in the area at the time of the accident, the reporter accepts it – but Holly pushes back, and goes in search of CCTV footage from a nearby shop.

She’ll have to go through the Post: a reporter there took the footage.

She decides to take it up directly with Duncan, asking him for the footage when he gets coffee from a stand located between the Post and Herald offices. Duncan, however, has a long memory – Holly once called leveled various insults at him in a piece, including “misogynist” and an “offense to journalism.” He’s not going to give up a story to a rival paper.

Holly’s day is not going well. She has already been antagonized by Wendy Bolt, who trolled her for no longer reporting stories in the field (since she’s an editor) and for lacking a social life and friends.

James Edwards, one of only three remaining investigative reporters on the payroll, thought he had a promising tip. A whistleblower at MI5 contacted him, and it seems to have the intelligence agency scared, judging from their call to the Herald reminding the paper of the law protecting government secrets. But when James meets his source in a parking lot, all the man will reveal is the name of a project: “resonance.” The paper is too under-resourced for James to follow such a slim lead – and it turns out MI5 only called because they were targeted in a cyber-attack.

Sales of the Herald are down, and it’s riddled with mistakes (Holly and James play a game in which they count the errors in each day’s paper). Amina refuses to follow the strategy of Duncan at the Post. When Carla Mason visits Amina to complain that the Herald linked to her sexy photos in the first paragraph of a story online, Amina points out that they didn’t publish the photos, and that they will only cover the scandal on page 4 of the physical paper, in a feature about misogyny. She also advises Carla to stand up to Duncan – he likes that.

But Duncan’s team has dug deeper into Carla’s past and discovered photos of her snorting drugs. This, despite her public advocacy of a zero-tolerance drug policy. Unlike the Herald, the Post’s main purpose is to entertain, Duncan tells Carla. He suggests that she own up to her past publicly and resign immediately – it’s the only way to mitigate some of the damage. Defeated, she takes his advice.

Clearly, Duncan is happy to stoop low in search of readers – including sending Wendy Bolt undercover to the Herald to write a takedown. 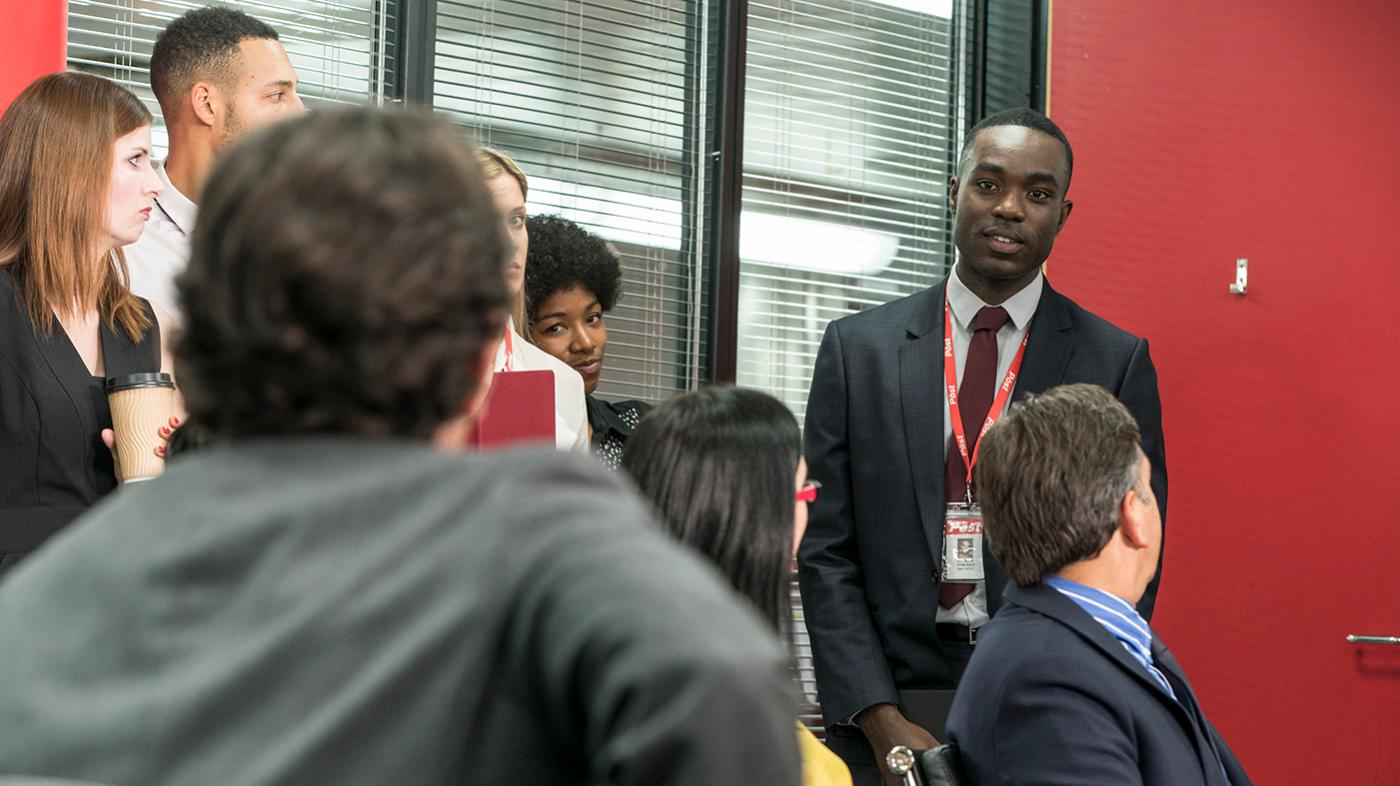 As a young reporter for the Post, Ed Washburn is pressured to do anything to get a good story. Photo: Lookout Point / Colin Hutton

Or forcing his reporters to surprise grieving parents with the knowledge that their son was gay. When Ed breaks this news to Sean Kingsley’s parents, as delicately as he can, they ask to stop the interview. He’s ready to do so before remembering the pressure from his editors, and tries to get the parents to talk, warning them that he’ll be forced to write a story unkind to them if they don’t. They kick him out of the house, and the story runs with the headline “Kingsley’s Parents Didn’t Know Their Son.”

But Duncan’s tactics can only do so much for a newspaper in the current age. The Post’s wealthy bankroller, George Emmerson, loses money on it and isn’t happy with Duncan’s editorship: he liked Carla Mason’s policies and wants more real journalism than the tabloid stories Duncan produces.

Perhaps this is part of the reason Duncan sends Holly the CCTV footage for nothing in return when she emails him asking to make a deal. It shows that a police car did kill Andrea – and it didn’t even stop.

Holly gets the email while at a pub with James celebrating her birthday. Instead of going home to write the story, she gets drunk with Ed Washburn, who knows her because he applied to work for her at the Herald but never got a response. He admits his guilt over the Kingsley story; she admits her reluctance to write the story about the hit-and-run. They end up back at her flat to hook up, but when he asks if they should keep quiet to respect her roommate, she reveals that her roommate was Andrea Reed; she’s dead. Holly hasn’t told anyone else.

Realizing Holly is in a bad place, Ed says they should refrain from sleeping together and Holly tells him to leave. She turns her attention to Andrea and begins writing her story. 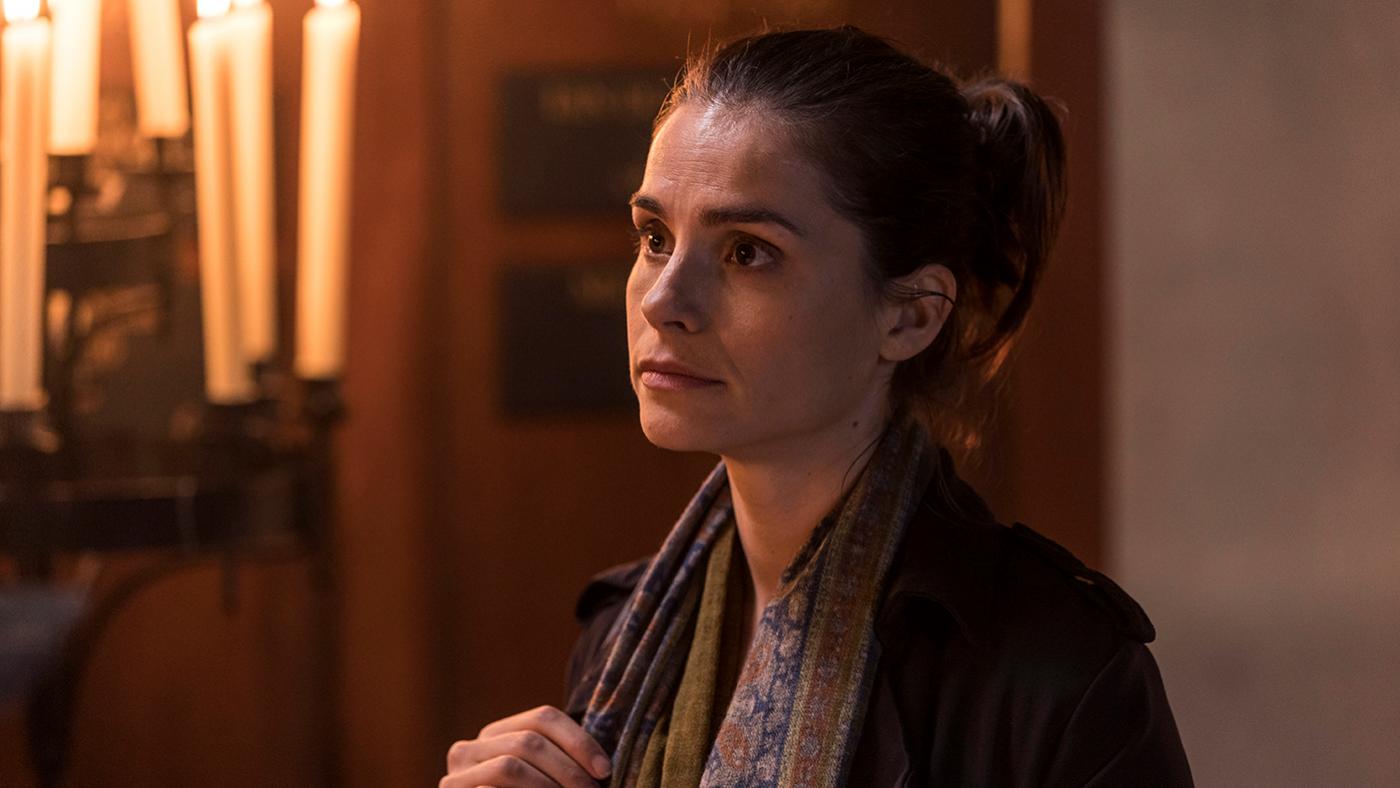 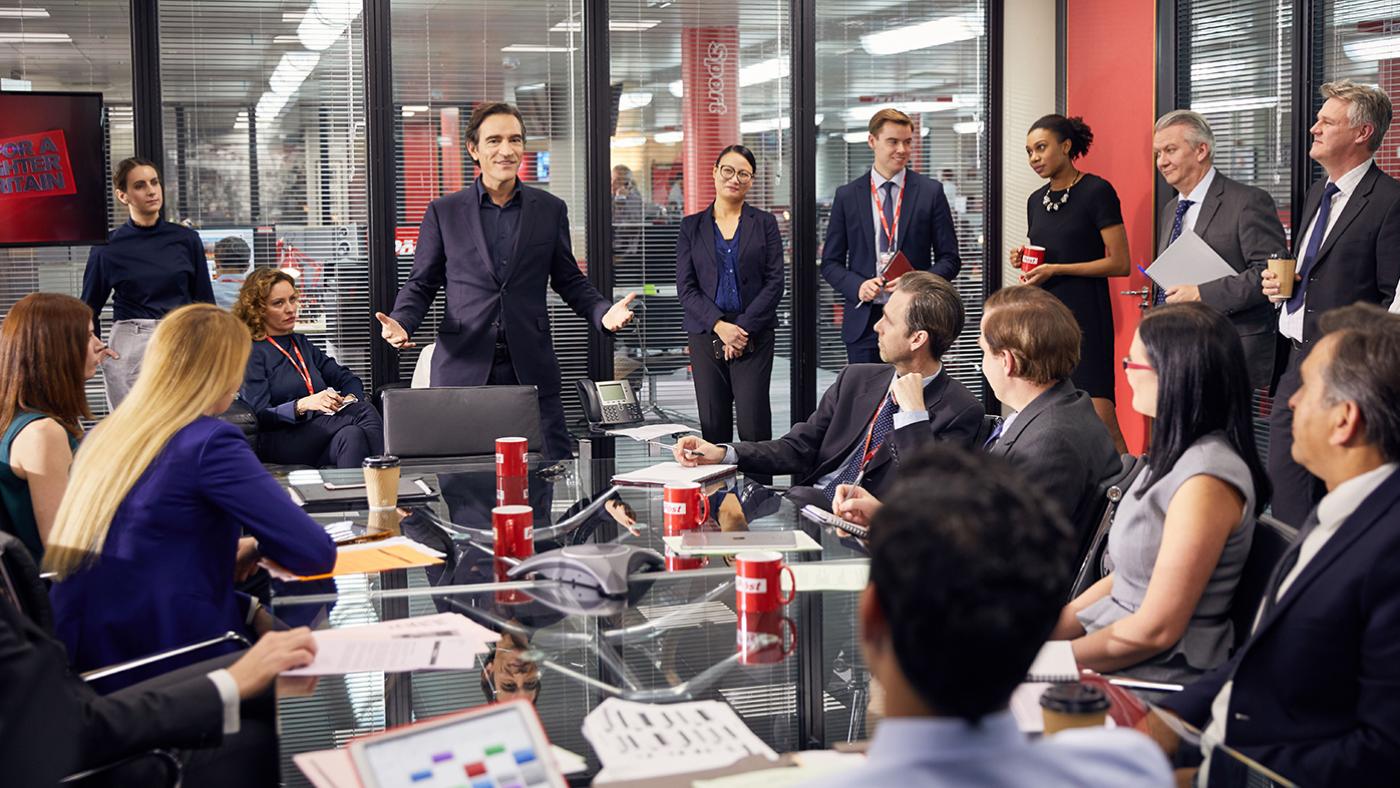 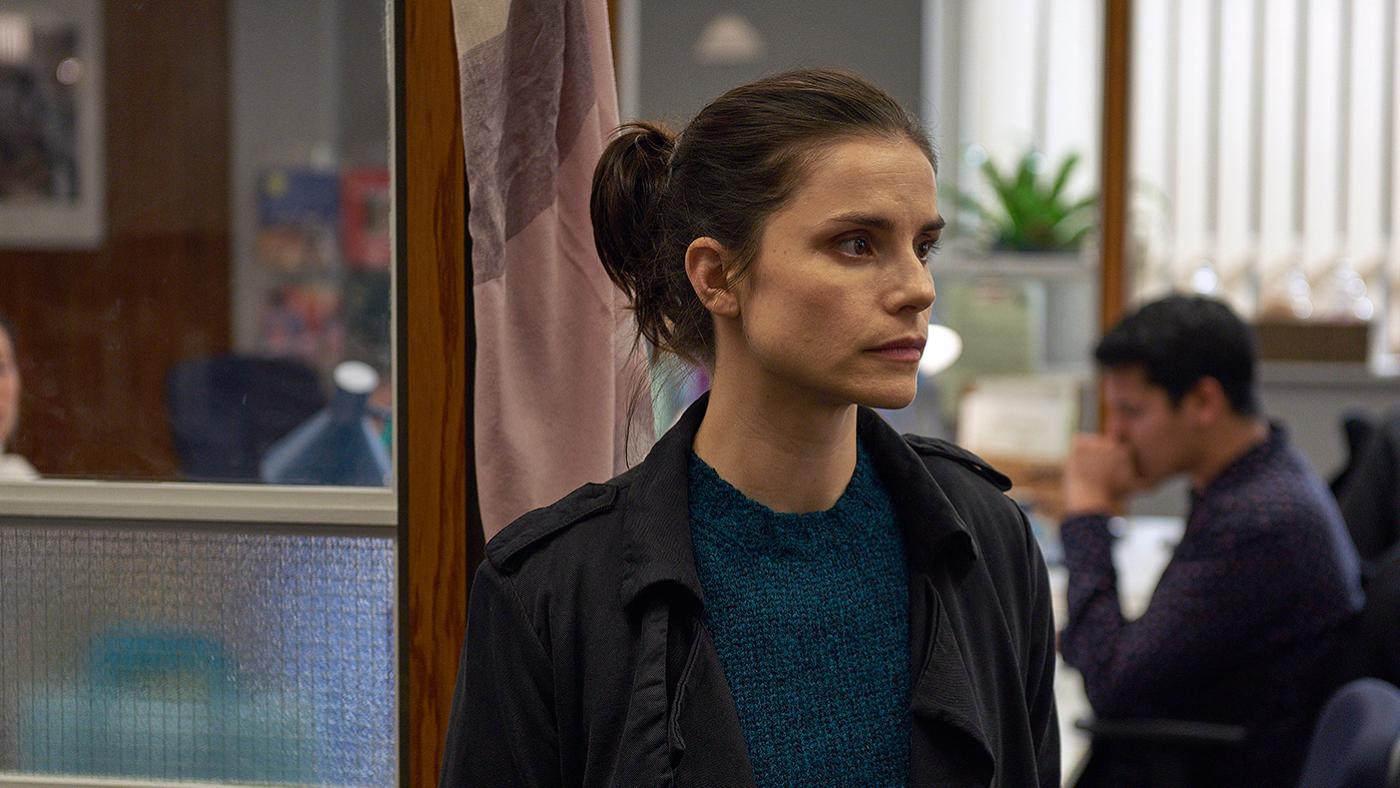 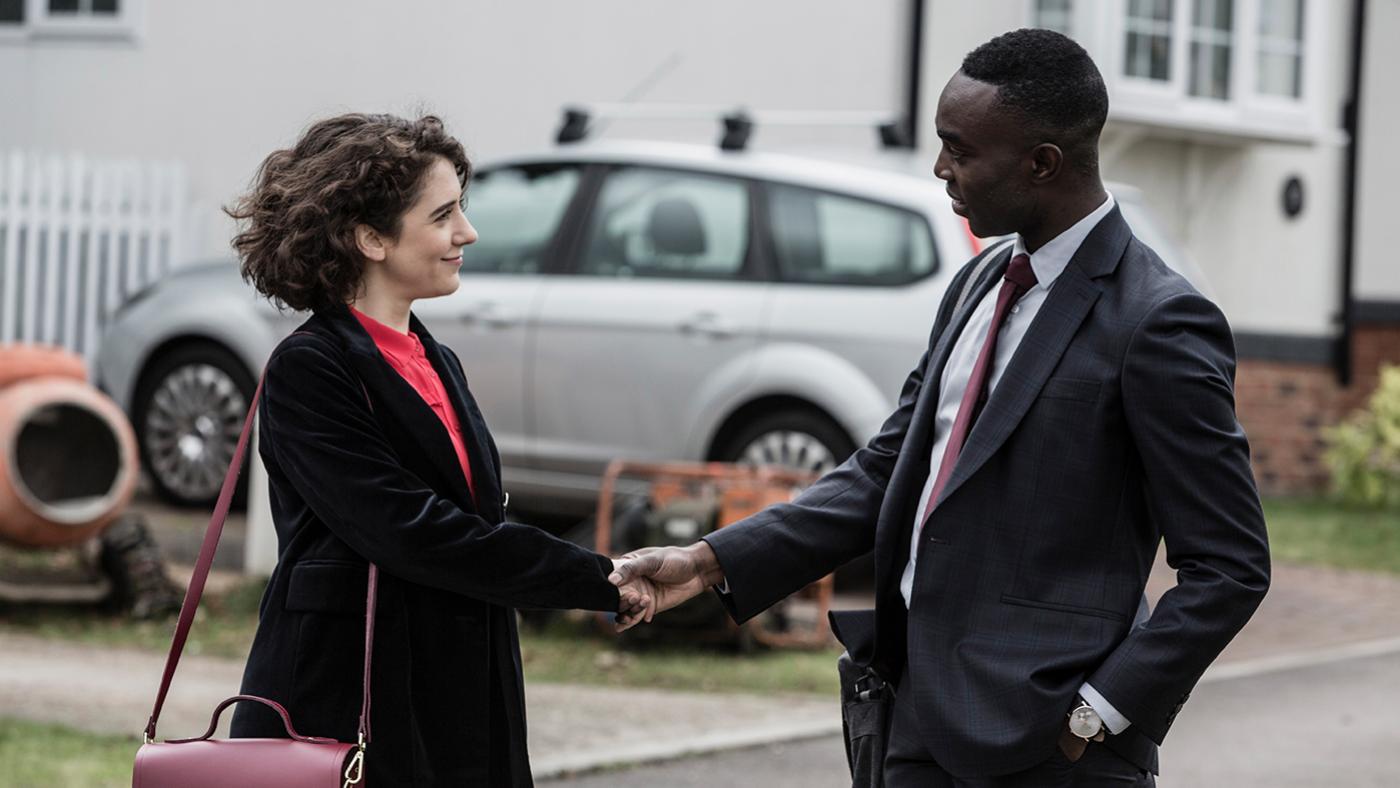 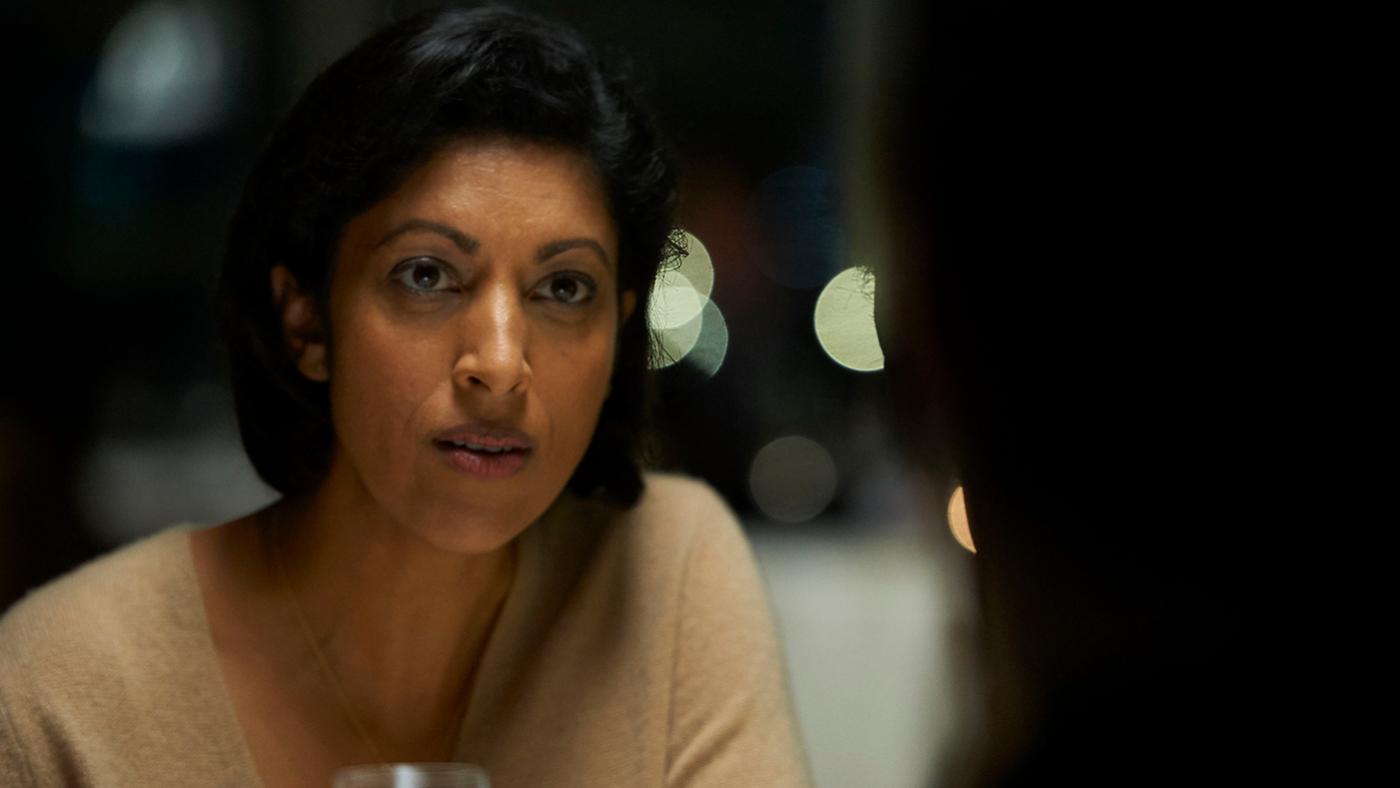