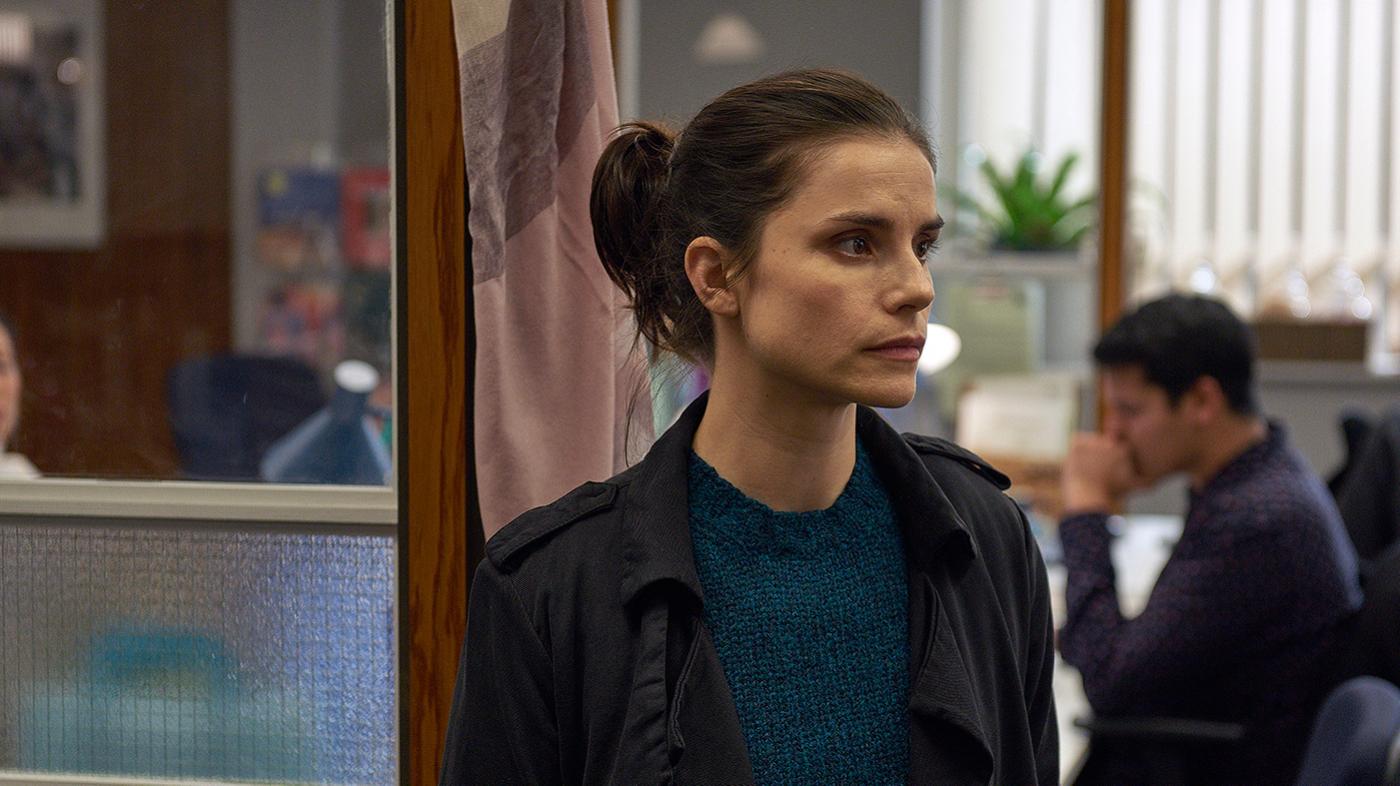 The Post and the Herald are always studies in contrast, but never more so than on the morning after the unprecedented move to pulp the Herald’s papers as the result of a last-minute injunction by lawyers for the wealthy philanthropist Joshua West. The mood at the Herald is somber; Amina is beckoned into a conference room by the board as soon as she arrives.

The Post, meanwhile, is celebrating. Having run their own story exposing West’s grooming of young women to sleep with him, they have now received calls from eleven more women with similar stories. George Emmerson, the owner of the paper, congratulates Duncan in person. He also tells Duncan that the prime minister is not happy that photos of his family – photos the PM didn’t want to take – ran next to the headline “Sex Pest,” and that Duncan should apologize. The PM has even blacklisted the Post, preventing their reporters from attending news conferences.

That doesn’t faze Duncan: he meets with the PM but refuses to apologize, promising to run a front-page story on the blacklisting. The PM shrugs it off; the government doesn’t need the papers anymore.

Amina, on the other hand, is being cautious with her front page. Holly wants to keep investigating West – three women have approached the Herald – but Amina tells her to drop it and instead decides to run an apology for the missed paper. Amina also tells Peter that sleeping together was a mistake, and that she has offered her resignation.

Meanwhile, Holly meets with Ed, who offers an apology for stealing her scoop – also, he was pressed by Duncan on his source for the West story, and Duncan told him to convince Holly to meet with him. So he relates Duncan’s claim to his staff that Holly is the Post’s star reporter. Holly’s opinion of Ed has dropped quite a bit, but she still uses the ID Duncan sent her to walk into the Post’s office and right up to Duncan’s door – she’s embarrassed by Amina and the Herald right now.

Duncan has coffee and biscuits waiting. He tries to get Holly to come to the Post, defending its tactics (and larger sales) against the Herald’s shrinking budget and rodent-infested building. But Holly demands an apology for stealing her scoop, and fires back that whereas the Herald would keep the pressure up on West, the Post will drop the story soon and he’ll get off scot-free. “The world’s crap at the moment, but at least at the Herald we try to make it a bit better.” She leaves, but not before Duncan gives her an access card to the Royal Albion, the private club where West is supposedly holed up.

James and Leona are at their own fancy place, and James is clearly uncomfortable. Leona has brought him to the restaurant for help with a story, but refuses to disclose any details. That’s understandable: they’re meeting Wendy Bolt, the right-wing commentator whom James abhors. 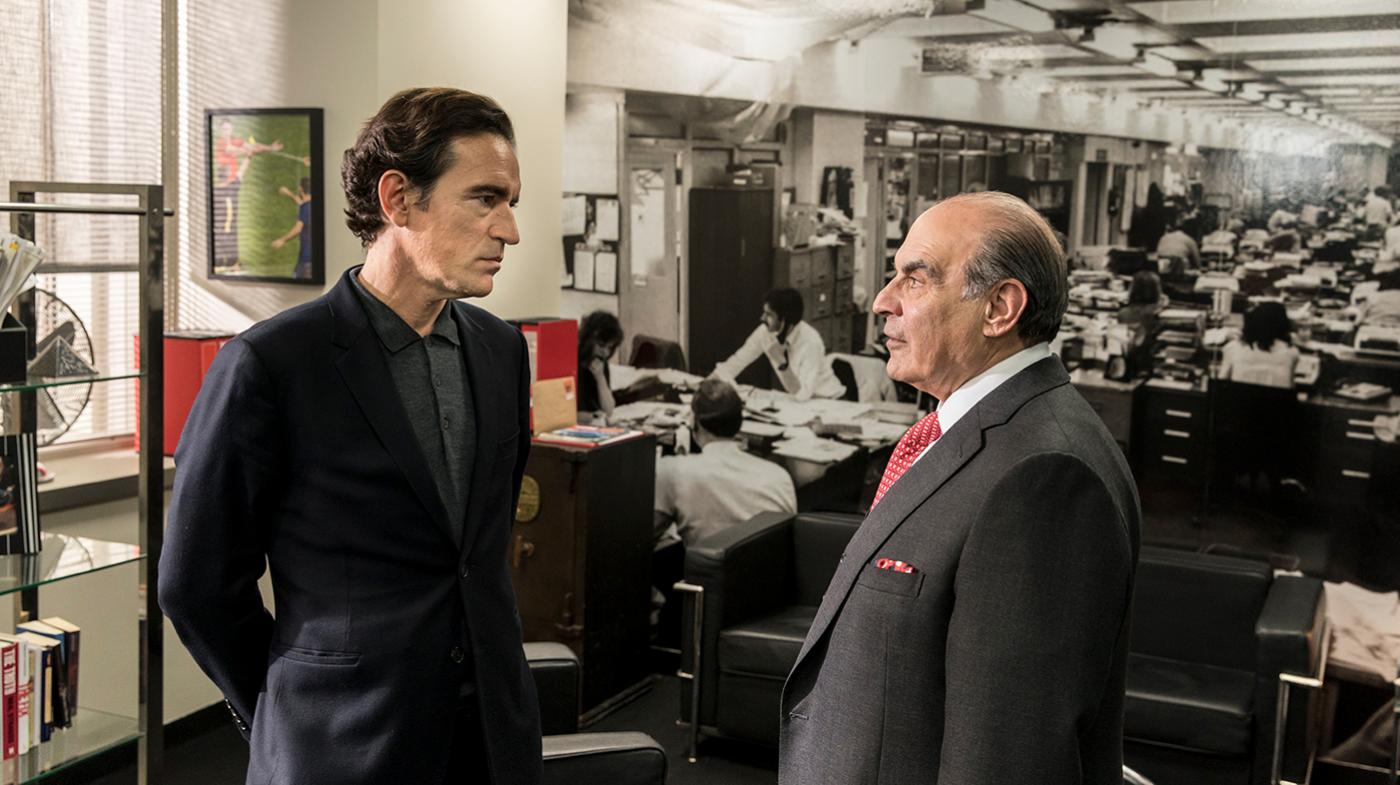 Bolt knows Leona’s mother and requested the meeting: she has a secret that she wants to reveal to the press, and specifically asked for James – but she wants to vet him first, to make sure he is as upstanding as his reputation. James almost leaves multiple times, but finally gets the story: Wendy, who is friends with Josh West, is vetting James for West. The philanthropist wants an interview, and requested James because of his probity.

Holly sees it as a public relations stunt, a way for West to look conciliatory. So she does some digging.

She starts at the Royal Albion. Finding West alone, she sits down with him, but her probing conversation quickly unmasks her as a journalist. He tells her she has no idea about money and power; to prove his point, his bodyguards grab Holly’s bag, pull out her recording phone, and snap it. “Power trumps everything,” he says.

Holly returns to her flat and promptly tells Ed that she hasn’t had sex for eight months. Ed helps her end the dry spell, and, in return, Holly kicks him out of her flat – she can’t trust him anymore, after he stole her lead. Then she sets off to work proving West wrong.

Amina also makes a desperate attempt for sex. After Peter tells her she’s being weak in publishing an apology and dropping the West story, she tells him to call his wife and tell her he’s not coming home. At Amina’s house, she tells him he should take her job; she’s going to take the opera job. Then she tries to kiss him.

Peter pushes away from her aggressive advances. She’s in a vulnerable state; he should leave. As he moves toward the door, Amina begins smashing plates. He rushes to her and stops her. “It’s all a mess,” she says. “Then do something,” he replies.

The next morning, before James’s interview with West, Holly hands James papers and tells him to ask West about them. “He’ll leave immediately,” James says. Holly convinces him.

When Duncan sits down with James, without lawyers and before a camera, West is contrite but says nothing was illegal, all the girls were 18. Then James asks him about a girl named Sheena Patel. West admits he slept with her; James brings up that she wasn’t part of the apprentice program through which West groomed the other girls. Plus, she was 15 when they met, and West has been paying her ever since. West hesitantly denies sleeping with her when she was underage; James shows emails from that time referring to a “secret.” West gets up and leaves – but not before Holly reveals her presence. She wants West to know who she is.

That work done, Holly gets a glass of water and notices a dead mouse behind the cooler, just as Duncan said. Amina congratulates her, and Holly tells Amina she botched things. If Holly hadn’t defied orders and continued investigating West, this wouldn’t have happened. She asks if Amina is still resigning – she’s not – and offers her own resignation instead. Pete tries to stop her, and fails.

“We have no power at all,” Holly says, nor is the Herald any better than the Post, as they all pretend to believe. She throws her Herald ID in the trash and calls Duncan. “Make me an offer,” she says.

Not that Duncan is as all-powerful as he seems. After the Post’s front-page story about the PM’s blacklisting, Emmerson has forced Duncan to call the PM and apologize. They may pretend that Duncan doesn’t have a boss for the sake of his ego, but “I own you,” Emmerson tells him. And if that “resonance” story ever comes up, Duncan had better keep it quiet – Emmerson is supporting the PM in the next election.