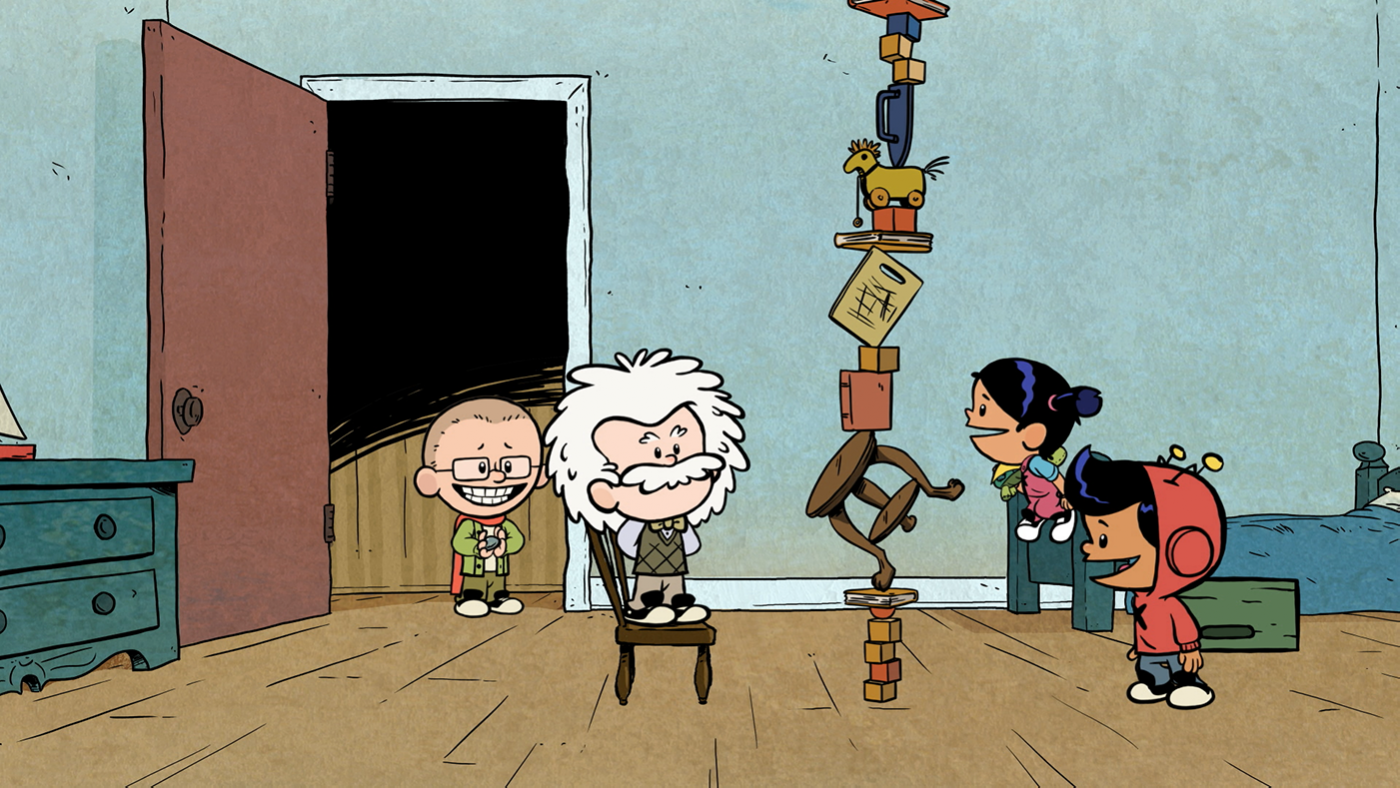 Xavier Riddle and the Secret Museum airs weekdays at 9:00 am and 4:30 pm, or is available to stream at wttw.com/kids.

When Christopher Eliopoulos was ten years old, he got to visit the set of Sesame Street. The show had helped him learn to count and spell when he was younger; he had watched it so much that his mom referred to it as his babysitter. “They just let me run free on the set,” Eliopoulos recalls while in Chicago for the Chicago International Children's Festival and other events. “I went to Mr. Hooper’s store, I went in Oscar the Grouch’s can. Carroll Spinney, who plays Big Bird, was walking around with just the legs on.

“That’s when I fully discovered that, ‘Oh wait, there are people behind Kermit the Frog!’ And I discovered Jim Henson.” Decades later, Eliopoulos would illustrate a book about Henson, the creator of the Muppets – and he would also have a show on the same network as Sesame Street. “It’s just amazing to me that I have a show on PBS,” he says. “It feels like one of those after-school specials, like ‘He made it, he’s on PBS!’ ” 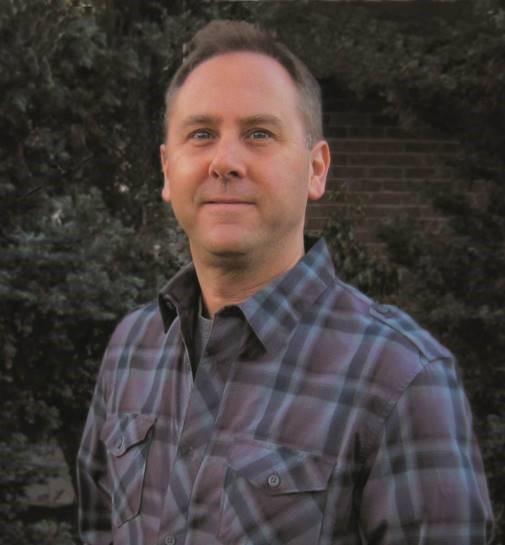 Christopher Eliopoulos, the illustrator behind 'Xavier Riddle' That show is PBS Kids’ new Xavier Riddle and the Secret Museum. It’s an outgrowth of a series of children’s books called “Ordinary People Change the World” that Eliopoulos has produced with the author Brad Meltzer over the past eight years or so. The books each feature a different historical figure, from Henson to Marie Curie to Jackie Robinson, depicting them as children and focusing on a specific, relatable trait that helped them become a hero of some sort. “There are little things that you can take from these otherwise grand figures and turn them into real people just like you and me,” Eliopoulos explains.

Xavier Riddle fits that concept into an encompassing story with recurring characters. In each episode, Xavier, his sister Yadina, and their friend Brad encounter some sort of problem. To resolve their issue, they visit a secret museum, where a robot curator named Berby sends them back in time to meet a historical figure whose example will help them with their problem. For instance, Eliopoulos explains, when a character is bullied, “they go back to meet Rosa Parks and see you can stand up for yourself and don’t need to be pushed around.”

Both the show and the books demonstrate for kids that problems can be surmounted and that heroes aren’t that different from them. “I think that’s the overarching theme to all this,” Eliopoulos says. “We all have our own struggle and we all think we’re alone in this world. But if you look at these books, they say, ‘No, we all have problems, but we can use those good parts in our lives to make things better for everybody. I feel like even as adults we can learn these lessons.” 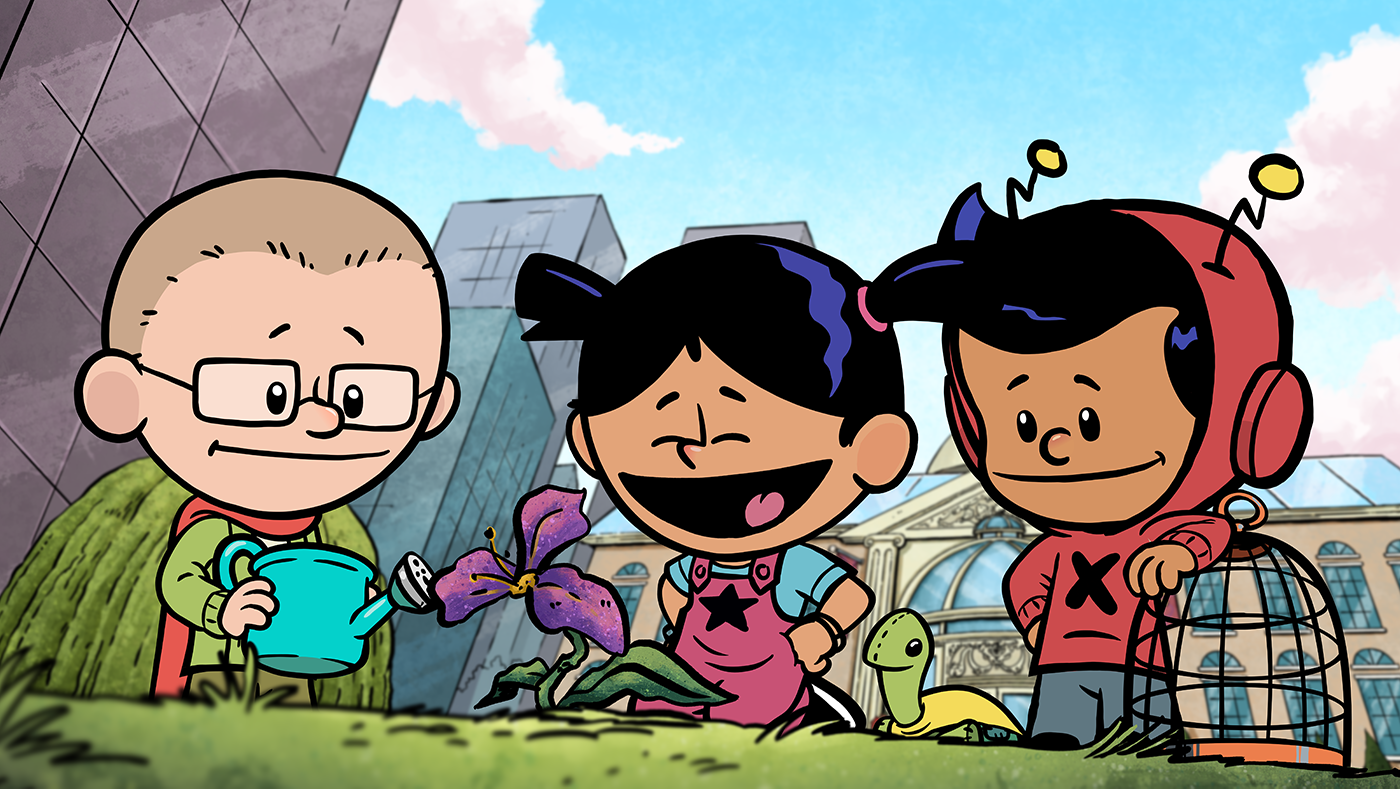 The show demonstrates for kids that problems can be surmounted and that heroic figures are not that different from them. Image: 9 Story Media Group

Although Meltzer and Eliopoulos have already covered a substantial number of figures in their books – “the goal is to blow past 100 books,” Eliopoulos says – the show expands the cast, touching on people who have yet to get their own book. Whereas most of the books have featured North American figures, the show includes more people from other countries, such as Confucius or Golda Meir. And, like the books, it teaches kids about some lesser-known figures, such as the Japanese painter and calligrapher Tomioka Tessai, or Nikola Tesla, one of Eliopoulos’s personal favorites. “I think he’s really underrated and he deserves his day in the sun,” he says.

The first season of Xavier Riddle is composed of 36 episodes, each featuring two historical figures, so a lot of ground is covered, and many values are taught. “The goal of the series is for kids to understand that they have the power within themselves to be heroes,” Eliopoulos says. “We all have these qualities that these historical figures had. They just use those qualities at the right moment. And that’s why we have them as kids. They’re not grand statues. Abraham Lincoln was once a kid who probably did the same things kids today do: he probably skipped rocks in a pond, just like you. So we’re hoping that kids can relate to these heroes and see that that’s inside them, too.” 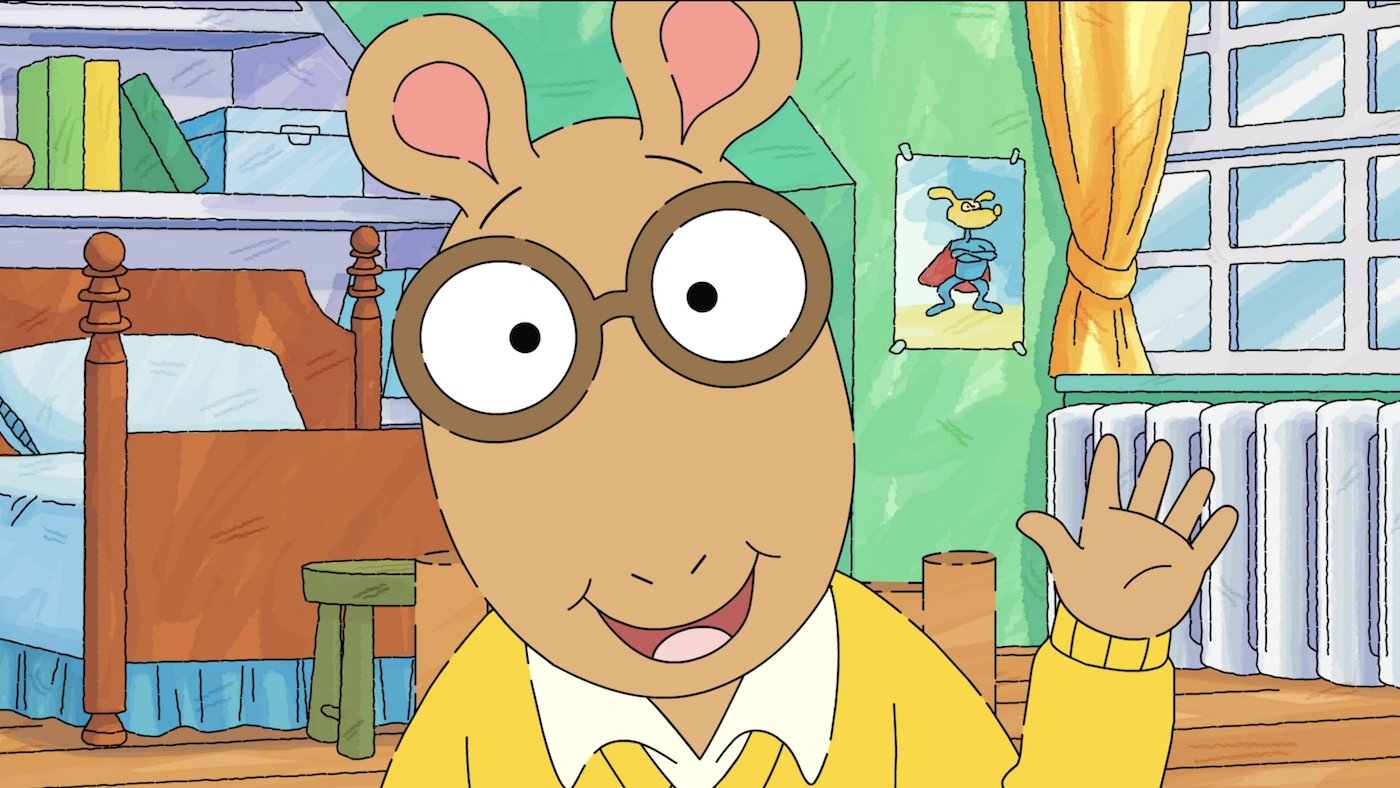 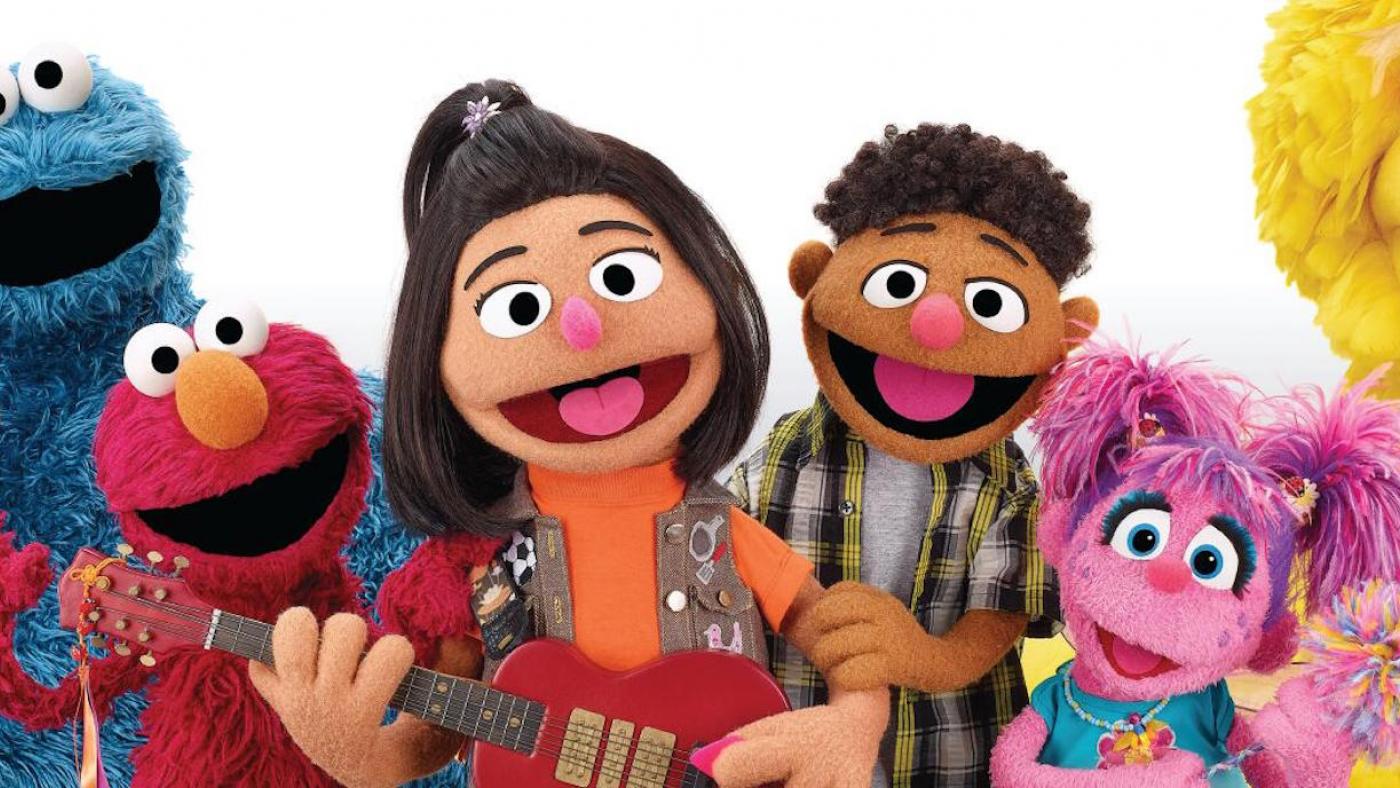 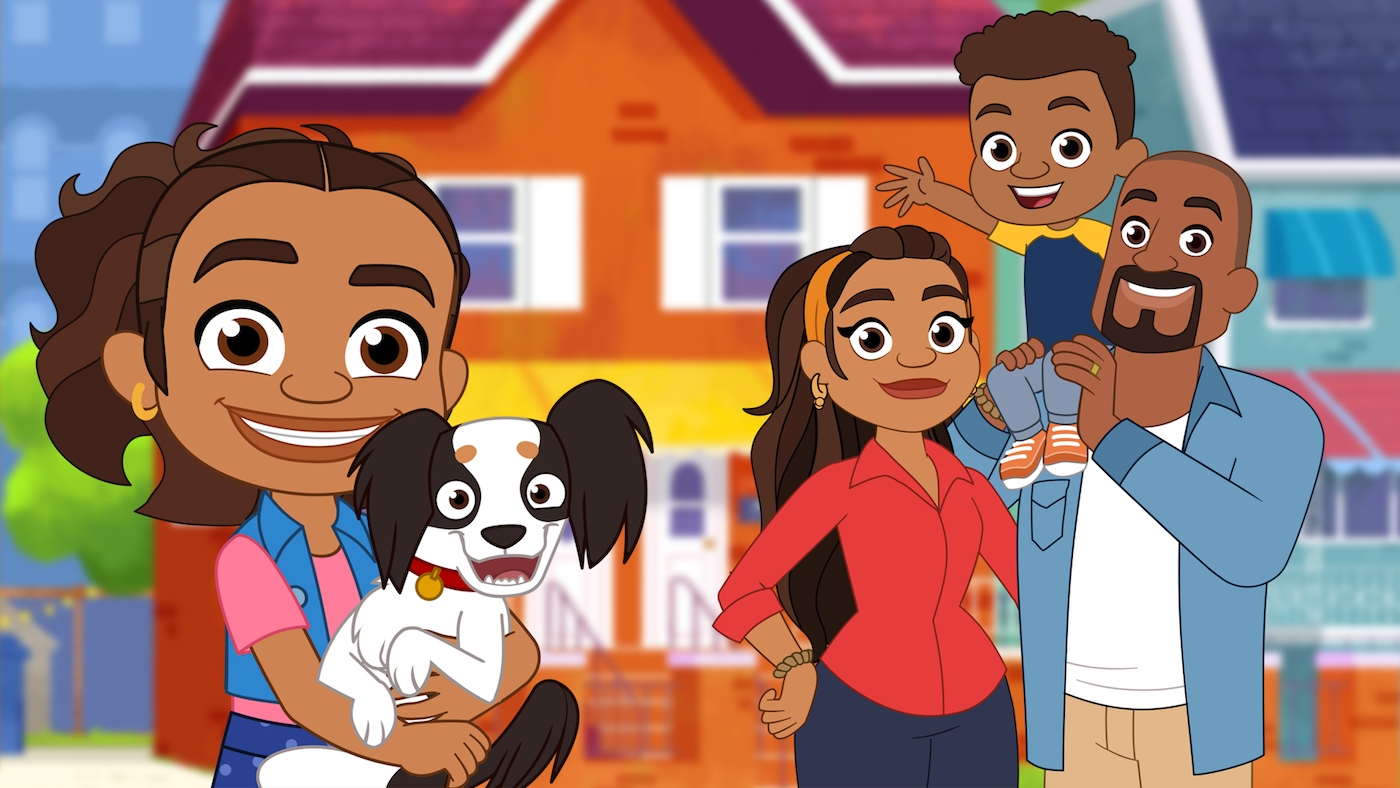