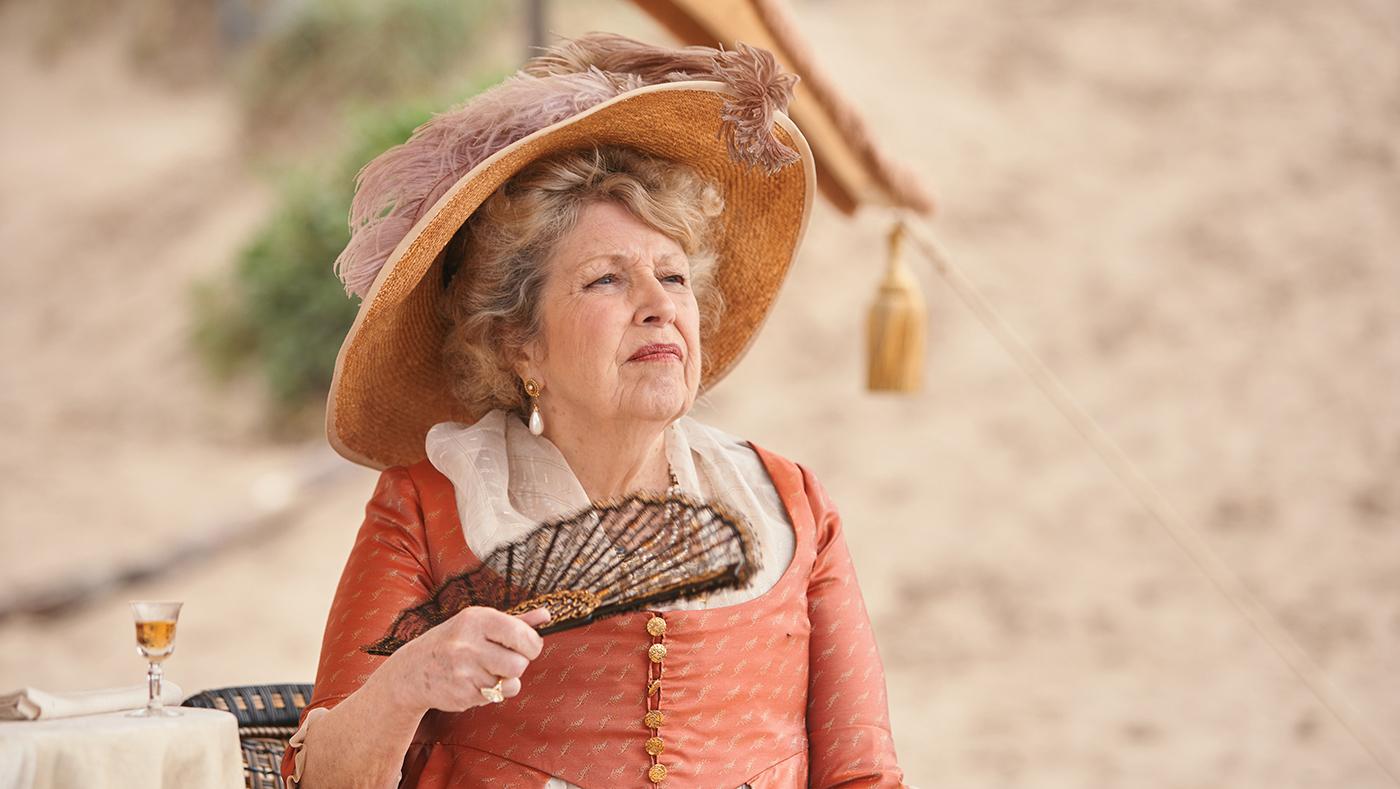 Lady Denham is doing all she can to ensure a marriage between her niece Esther and Lord Babington. Photo: Red Planet Pictures/ITV 2019

Sanditon airs Sundays at 8:00 p.m. and is available to stream the following day. Recap the previous and following episode.

Georgiana is “basically under house arrest” after her unsanctioned meeting with her lover Otis, so Charlotte has to disguise her deliveries of letters from Otis as trips to read aloud with Georgiana, lest the watchful Mrs. Griffiths grow suspicious.

Lady Denham has much more brazenly written a letter against someone’s wishes: enticed by the prospect of a wealthy, titled husband for her niece Esther, she has invited Lord Babington to Sanditon’s upcoming annual cricket match between workers and gentlemen. Never mind that Esther has no interest in Babington; Lady Denham orders her to finally respond to his letters. Willful as she is, Esther only acquiesces because of her recent disappointment in regards to her stepbrother Edward’s love for her. When Edward teases Babington, Esther spots an opportunity to spite him: if she directs attention towards Babington, Edward will be jealous.

Babington is eager to see Esther again, so back he comes to Sanditon, with his friends Mr. Crowe and Sidney Parker in tow. Sidney tells Mrs. Griffiths this will be his last time in Sanditon for the summer, putting her in full charge of Georgiana. Tom hopes that Sidney has news of another loan from a bank: the workers are beginning to get restless, and haven’t been paid for weeks. They’re considering not attending the cricket game, thus informing the whole town that Tom isn’t paying his workers. But no bank will extend further credit to Tom; still, he promises Stringer that the men will be paid within a fortnight. Stringer responds that he can’t break any more promises.

Charlotte discerns an opportunity in the cricket match. Since everyone who knows Georgiana will be at the game on the beach, Georgiana can meet Otis in town during the match without anyone knowing. Georgiana receives permission to attend the game with Mrs. Griffiths and her other charges, and plans to sneak off with Charlotte during the hubbub of the match.

Except it seems there will not be a match: as all the gentry settle in, the workers fail to appear. Crowe shows up drunk, while Esther is curt in her conversation with Babington. Lady Denham’s attempts to encourage a relationship fall short, but Clara’s pointed insinuation about Esther and Edward does the trick. As the workers finally arrive, Esther walks to the edge of the pitch. Lord Babington dutifully follows, taking up a position within speaking distance. 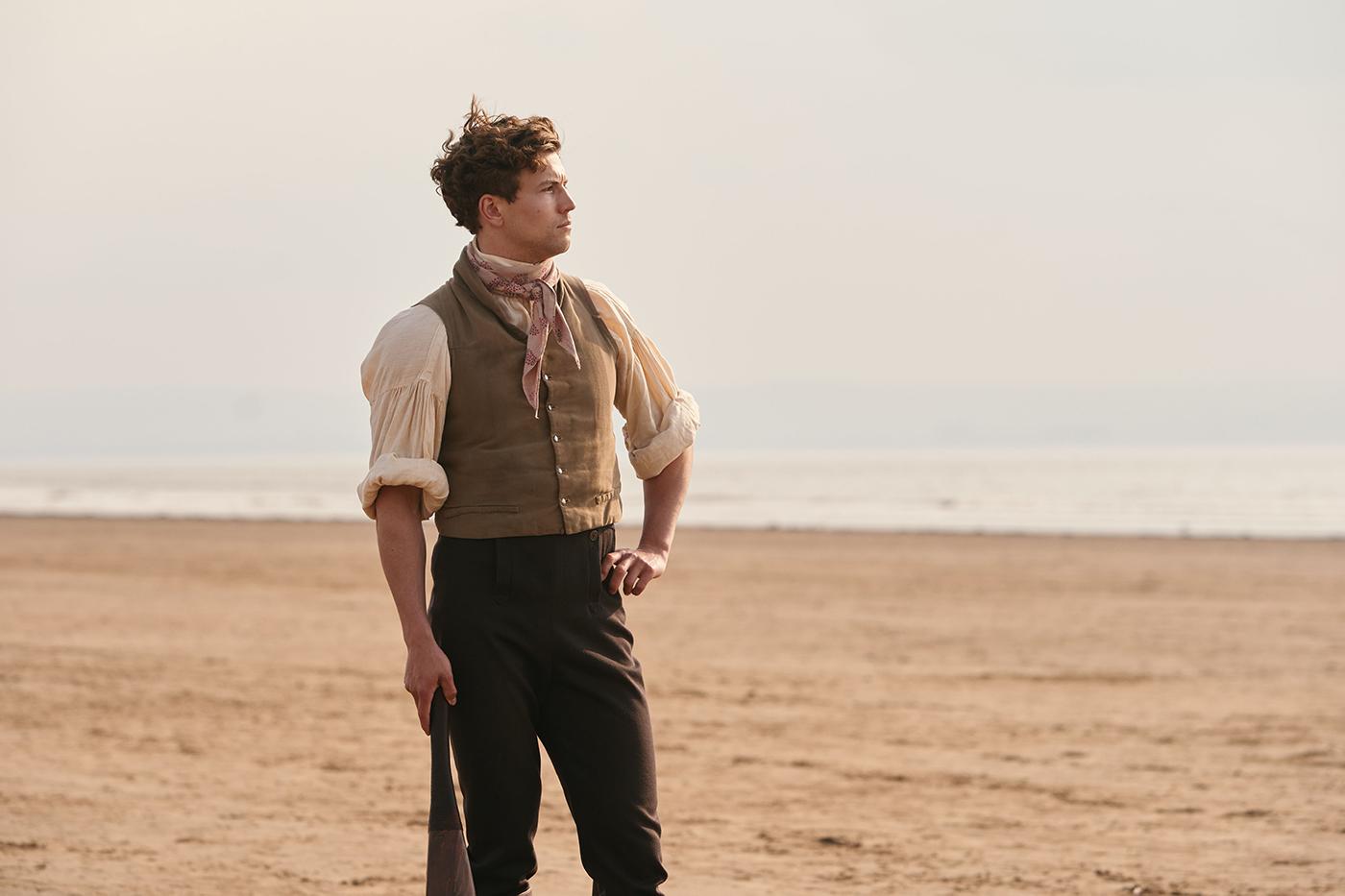 Stringer and the workers threaten to use the cricket match to expose Tom's failure to pay them on time. Photo: Red Planet Pictures/ITV 2019

The match is quite interesting to Mrs. Griffiths and her charges: to distract them from Georgiana, Charlotte tries to use Griffiths’ interest in the priest, who is serving as referee, and her charges’ admiration of the handsome Stringer, but it doesn’t work. Until, that is, a dispute breaks out. The workers need only one more wicket to win, and seem to get it with Tom batting against Stringer—but Tom disputes the call. A worker taunts him in turn, and Sidney jumps in to defend his brother. Stringer retorts that Tom hasn’t paid the workers—and silence falls.

The referee rescinds his call, trying to dispel the awkwardness. Tom doesn’t care; he storms away, followed by his wife Mary. In order for the game to continue, the gentlemen need one more player. Charlotte offers, and Sidney accepts. During the excitement, Georgiana slips away.

Back at their home, Mary confronts Tom: why didn’t he tell her about his money problems—and why did he buy her a necklace when he can’t even afford to pay his workers? She angrily returns the jewelry. She could have borne financial issues; lying is much, much worse.

Edward is also upset by a family member. Watching Esther and Babington, he has a dawning awareness that he could be left alone—a realization encouraged by Clara, who points out that it could soon be just her and Edward competing for Lady Denham’s money. And Edward isn’t likely to win.

Meanwhile, Babington and Esther go for a ride and a walk to a waterfall—the gentry are batting, so apparently Babington is not needed. Despite herself, Esther begins to warm to him: he is kinder and less haughty than he appears. After an afternoon of Esther teasingly responding to Babington and hiding smiles, he suddenly kneels before her and proposes, telling her that she’s an extraordinary woman.

Back at the cricket match, the gentry come back and win the game, since Stringer, the bowler, goes easy on Charlotte. As the game breaks up with good cheer resored, Stringer’s friend advises him to confess his love to Charlotte, with whom he lightly flirts; otherwise, she’ll never know. 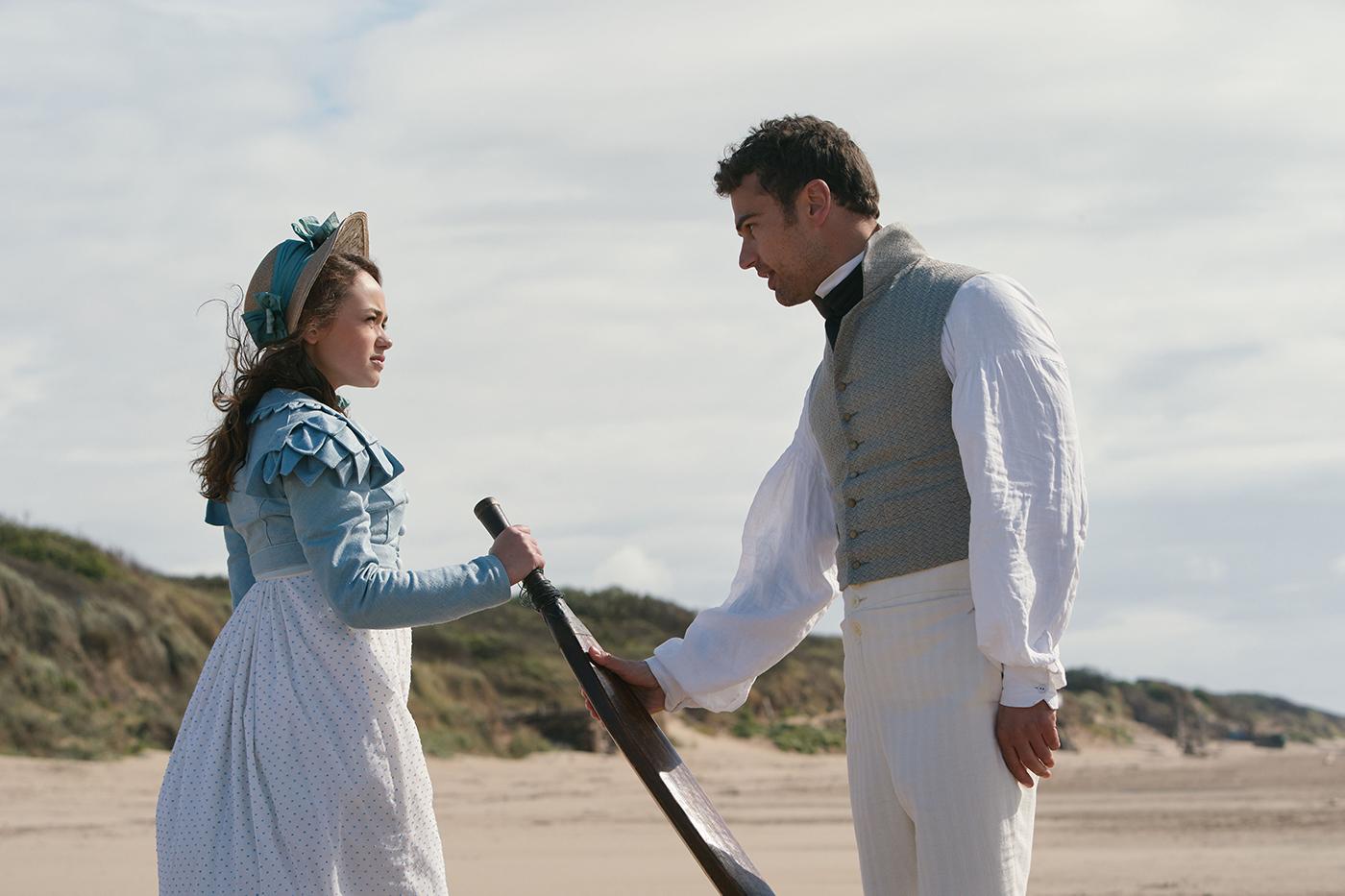 Charlotte takes Tom's place in cricket after Tom leaves, distracting her from her scheme with Georgiana. Photo: Red Planet Pictures/ITV 2019

Charlotte is distracted, however. Mrs. Griffiths has realized that Georgiana is gone. Charlotte rushes back to town, and can’t find Georgiana anywhere. Eventually, Stringer appears with news: one of his men saw Georgiana waiting outside the hotel. A carriage pulled up, and she was “bundled” in before it took off. Sidney discerns from Charlotte’s anxiousness that she knows something. She admits to conceiving of the plan to meet Otis, but she meant to go with Georgiana and simply forgot after getting caught up in the match. Sidney is furious. If anything happens, “it will be on your head,” he says.

The happy day is also spoilt for Esther when she returns to her lodgings and reveals to Edward that Babington proposed. Edward grabs her and kisses her; as she swoons, he has a devious glint in his eye. Esther calls for Babington and sadly refuses him before hardening her resolve. She could never marry someone as shallow as him, she says cruelly, sending him away.

Determined to rectify her mistake, Charlotte asks Mary to borrow the carriage in order to search for Georgiana in London. Mary says it is too dangerous for Charlotte to go alone. But Tom is there, Charlotte protests. Tom can’t be relied on anymore, Mary responds. So Charlotte leaves a note for Mary and boards the commercial coach to look for her friend.

Esther goes to Lady Denham in person to report that she has dashed her aunt’s hopes by rejecting Babington’s proposal: she did not love him. What does love have to do with marriage, Lady Denham scoffs. Marriage is a “business arrangement.” She then tells Esther she’s feeling unwell, and collapses.