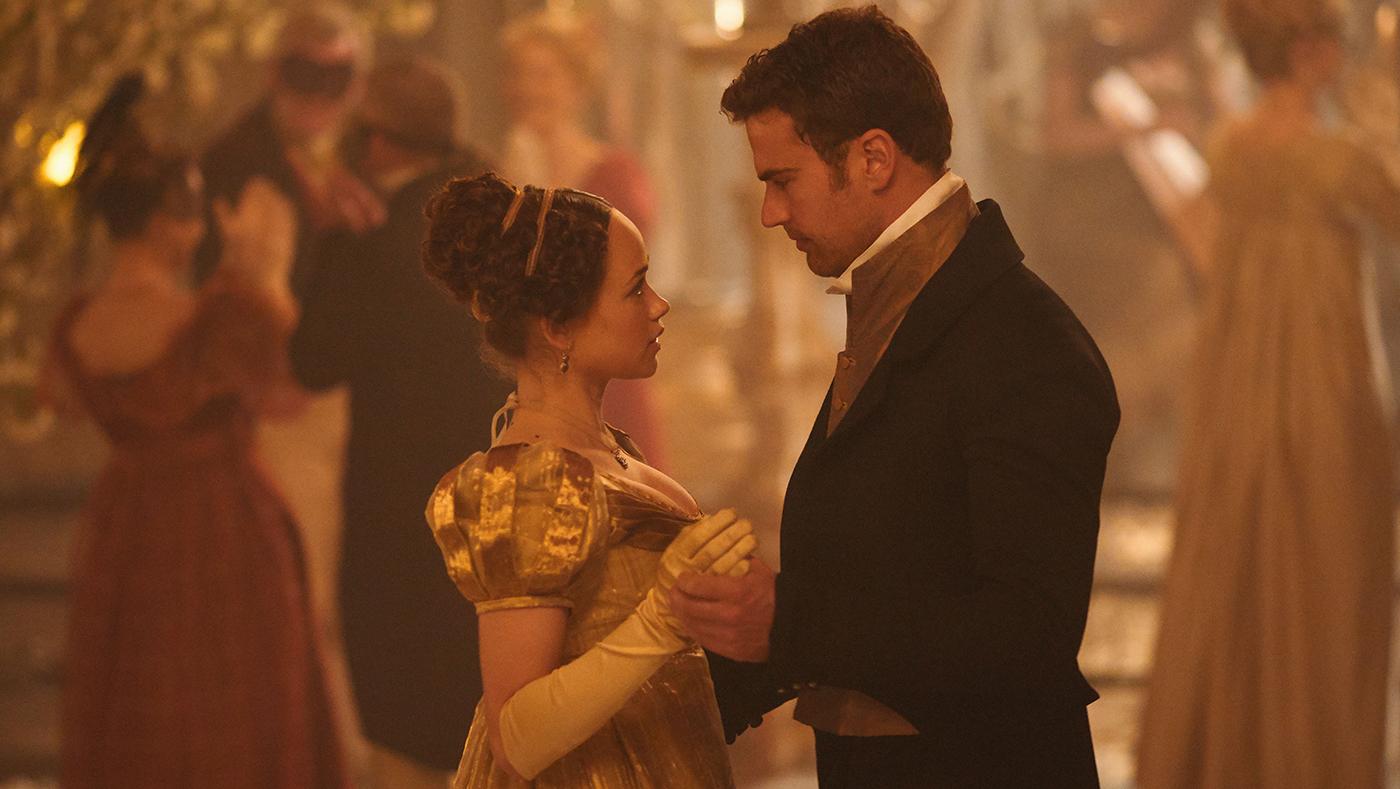 Once again, Sidney and Charlotte are re-assessing their opinions of each other. Photo: Red Planet Pictures/ITV 2019

Charlotte awakes as her coach rumbles to a stop in an unfamiliar land: London. It’s nighttime; as Charlotte wanders in search of Otis’s address, she encounters the city’s seedy underbelly. Eventually she finds her goal, but it’s a pub, not a home. Otis picks his mail up from there, but the owner hasn’t seen him in a week. As Charlotte leaves, a man assaults her in an alleyway. Suddenly, Sidney is there, beating her attacker into retreat.

Sidney, too, is out looking for Georgiana. As he and Charlotte rumble in a coach to Tom’s London lodgings, they argue. She should have listened to his warnings about Otis; he was blinded by prejudice—a charge he refutes: he left the sugar trade precisely because of slavery.

Charlotte suggests they look for Otis via the abolitionist group to which he belongs. When they arrive, Otis claims that he never received the letter from Georgiana setting up a tryst during the cricket match. But he owes gambling debts; the gambling house owner Beecroft may have interecepted his mail.

Off everyone goes to Beecroft, who admits that another “gentleman” has paid off Otis’s debt in exchange for Georgiana. Sidney guesses that this man is taking Georgiana over the border to marry her; after all, Otis was always bragging about Georgiana’s fortune and that their wedding was imminent. Sidney angrily tells Otis to leave, while Charlotte suggests that Beecroft may still be holding Georgiana somewhere—he had only the promise of a payment, not yet actual cash.

So Charlotte and Sidney travel to a “boarding house” owned by Beecroft as daybreak approaches. Sidney is familiar to the owner of the establishment, who offers him some new girls before eventually admitting that they just missed Georgiana and the man who bought her—meanwhile, the man has told Georgiana, falsely, that Otis offered her up as payment of his debt.

Back in Sanditon, Edward’s mind is also turned towards payment. Lady Denham is gravely ill, though she refuses to admit it. When he asks about her will, she replies that it’s already drawn up—so he scours the house for it. She’s not dead yet; there’s still time to change it.

Clara finds it first. She lets Edward read it: Lady Denham has left all her money for the development of Sanditon, and for a donkey farm. Her relations get less than asses. Clara suggests burning it, but first negotiates terms with Edward. As the holder of the Denham title, he would receive everything in the absence of a will. Clara demands a fifth of the estate, or she will tell Lady Denham of the plan. After Edward agrees and they burn the will—and consummate the act with a quick roll on the floor—she bumps her share up to a quarter. If Esther knew about Edward’s dalliance with Clara, her heart would break. Clara gets her quarter.

When Esther asks Edward about the will later, he says it couldn’t be found. Lady Denham must have been feverish when she said she had one, he tells her.

On a country road heading north, Sidney bears down on another carriage. As both vehicles race across the land, he pulls even with the other and leaps onto it, elbowing the coachman in the face before stopping the headlong rush. He jumps down, pulls Georgiana from the carriage, warns the conspirators that the penalty for kidnapping is death, and bundles Georgiana into his own coach.

Back in London at Tom’s lodgings, Georgiana asks what will happen to Otis. Sidney says to forget him. He then tells Tom that he has failed Georgiana, as well as her late father, who saved Sidney’s life and entrusted his daughter’s to him. Sidney decides to rouse from his arm’s-length approach to life, and encourages Tom to similarly own his mistakes, such as his inability to pay his laborers and dishonesty with his wife. Sidney will lend him the money for the laborers, while his friend Babington can help raise interest in Sanditon and its upcoming regatta amongst London’s high society. Tom himself must deal with the rift in his relationship with Mary, who no longer trusts him.

Later, Charlotte has her own chat with Tom, on the subject of Sidney. Tom reveals that Sidney was once lovingly engaged to a woman named Eliza Campion, but she broke it off at the last minute to marry an older, wealthier man. Sidney was devastated, and embarked on a self-destructive lifestyle. Tom paid off his debts, and Sidney sailed to Antigua, where he reinvented himself.

It seems that Sidney may have once again remade himself. He brings Otis to see Georgiana, believing that they deserve a proper parting. Although Otis swears he never gambled with Georgiana and wasn’t interested in her fortune but just boasted of her, being so unbelieving that she loved him, she has nothing to say to him. Charlotte, at least, is curious about what Otis will do now. He says his debts have been paid, looking at Sidney.

Sidney has once again risen in Charlotte’s eyes: when Babington secures an invitation to a masked ball of London’s “beau monde” for Tom to pitch his regatta, Sidney is able to convince Charlotte to attend on behalf of Tom, who now wants to give her credit for the idea of the regatta.

Charlotte finds the ball stifling, however, while Tom and Babington fail to drum up interest in the event. Charlotte asks Sidney if she can leave; he says she doesn’t need permission, and compliments her. Tom pulls Sidney away, and Charlotte is left, blushing, with Babington. She asks after Esther; he responds by asking if a woman’s affections can change drastically in a day. Charlotte glances at Sidney. Suddenly she is overwhelmed by the atmosphere of the ball and has to step away.

She meets a woman named Susan in an out-of-the-way salon. They bond over their dislike of the ball and London society. Charlotte relates all the events of the previous day, then begins to talk of her feelings toward Sidney: he inspires anger in her, but she also wants him to have a high opinion of her. Susan responds that she’s in love. Charlotte vehemently disagrees—and Sidney appears, asking her to dance.

As Sidney and Charlotte dance, she comments that he could have danced with so many other ladies. “But I don’t want to dance with them,” he responds.

As the dance ends, Sidney catches sight of someone he has recognized, while Tom takes the next dance with Charlotte. Both she and Sidney seem positively revived, he remarks. Dancing works wonders, Charlotte says. In the case of Sidney, Tom notes, a certain young woman’s presence may also be part of it. And who would that be, Charlotte asks shyly.

Miss Campion, the woman to whom he was engaged, Tom replies—Sidney is talking to her now.