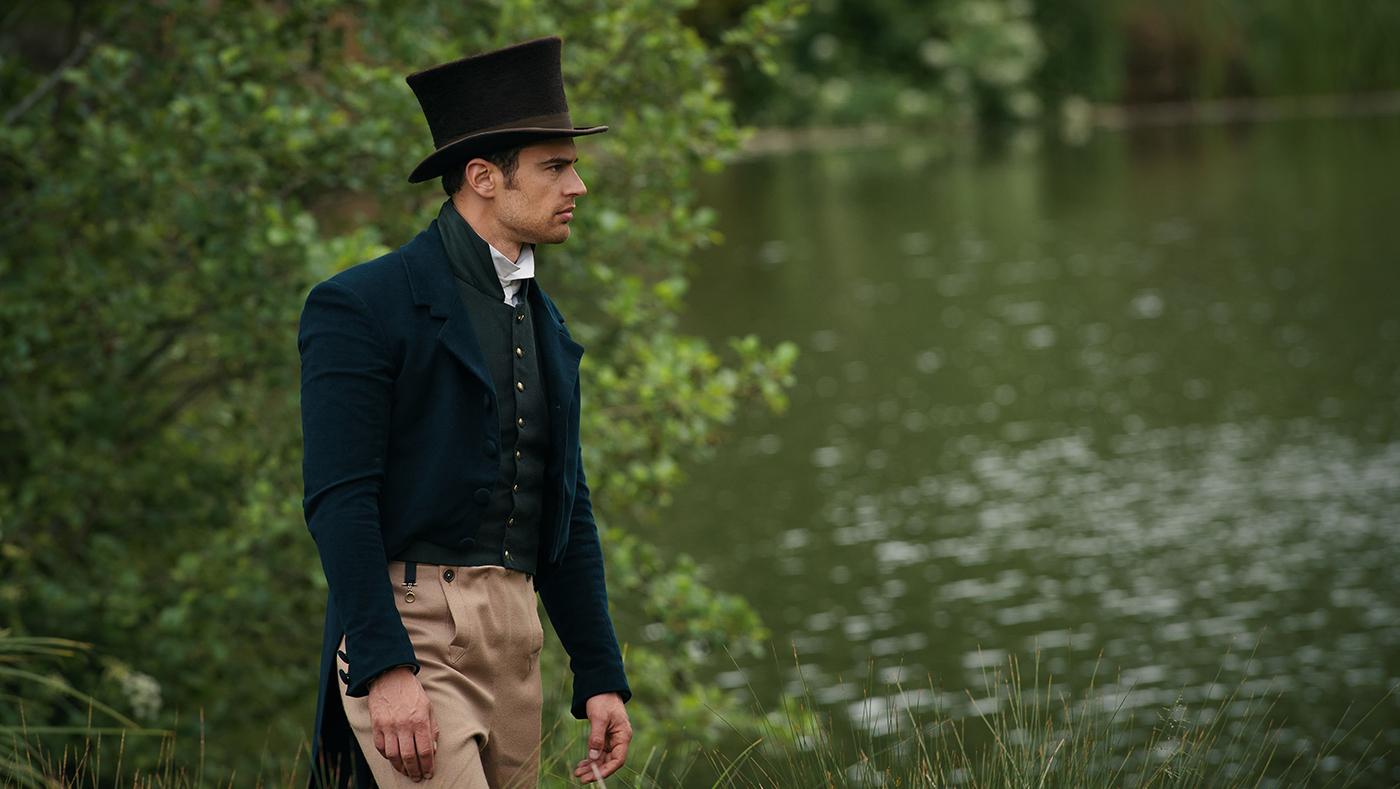 Sidney is confused by what he wants, now that his long-lost love Eliza Campion has reappeared as a widow. Photo: Red Planet Pictures/ITV 2019

It appears that Lady Denham will not survive the night. As her heirs take their turns entering her chamber to impart their last words to her unresponsive form, Clara takes the chance to tell Esther that she and Edward burned Lady Denham’s will. This contradicts Edward’s own claim to Esther that there was no will (and Clara’s claim of half the inheritance rewrites her and Edward’s deal), but Esther doesn’t believe Edward would conspire with Clara. He did more than conspire, Clara boasts, describing how eagerly Edward took the chance to have sex with her.

When Esther takes her turn at Lady Denham’s bedside, she spills forth her feelings. Denham’s fortune has corrupted everyone around her, Esther says, describing Edward’s betrayal and his scheme with Clara. “I hope you find happiness in heaven, because this earth has become a living hell,” she tells her aunt.

Heaven may be yet to come, but hell is on its way for the schemers. The next morning, Lady Denham rallies and is once again able to speak—and she has heard all Esther had to say. Having “underestimated the boundless depths of your venality,” she banishes Edward and Clara, disowning Edward in the process. Esther is now the sole remaining heir.

Lady Denham’s illness has made Tom nervous for the success of Sanditon’s regatta, given that the loss of her investment would ruin both him and his plans for the town. The regatta must bring London’s high society to Sanditon.

Thanks to Charlotte, it does. Turns out that Susan, the woman with whom she commiserated over the stuffiness of the masked ball in London, is the center of London society and “simpatico” with the Prince Regent—and she wants to continue her conversation with Charlotte. A large portion of London’s bourgeoisie follows her to Sanditon.

Has Charlotte confessed her love to Sidney yet, Susan asks? No—for there is one London denizen in Sanditon whom Charlotte wishes had not come. Eliza Campion, Sidney’s long-lost love who broke off their engagement for a wealthier man, is accompanying Sidney to the regatta. Susan concedes that Eliza is elegant and the wealthiest widow in the country—but she must have a weakness. As Susan sets off to find it, Charlotte goes for a walk with Stringer, who is preparing to confess his love for Charlotte.

Charlotte tells him of her misplaced and unrequited affections without naming their object, which encourages Stringer. As he gears up to confessing his feelings, saying Charlotte’s affection might be returned after all, she promptly disagrees and leaves him to attend to her duties in the regatta.

Stringer may be right, although not in the way he meant. When Tom asks Sidney if he will marry Eliza, he hesitates. Arthur says that, if it were him, he could not trust Eliza again after having his heart broken once already.

With that surprisingly perceptive advice, Arthur goes to help another emotionally confused person. Ever since her break with Otis, Georgiana has been despondent in bed, resistant to any efforts to cheer her. So Arthur frees her from the watchful eye of the village priest and drags her to the regatta, hoping the excitement will revitalize her. 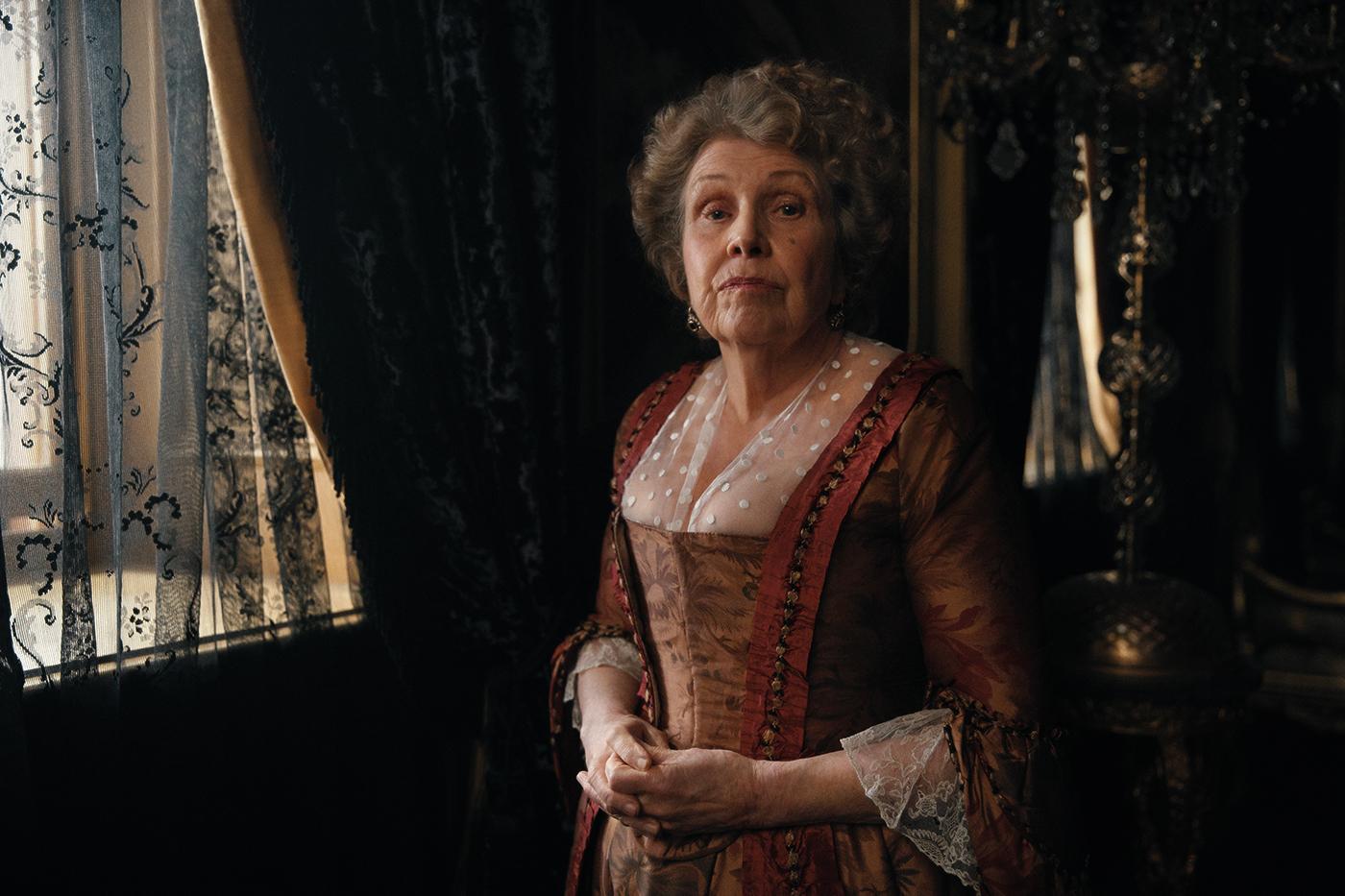 Having been taken for dead, Lady Denham takes her revenge on her conniving heirs. Photo: Red Planet Pictures/ITV 2019

Esther is nearly as downtrodden as Georgiana. Edward tries to frame his actions as part of a plan to get Clara out of Lady Denham’s will, but Esther mercilessly rejects him, appalled by his boundless obsession with money. “I loved you,” she says.

Realizing he has lost, Edward shows up at the regatta—mainly in search of drink. Spotting Lord Babington, he tells him that Esther is deluded; Babington is welcome to her. Later, in town, Edward runs into Clara. He insults her low status; at least he’s still a lord. Yes, but he had much more to lose, she replies. Now he too is alone and unloved. She picks up her bags and leaves him—alone, unloved, and drunk.

Charlotte, too, feels unloved—at least by the person she wants. She had a glimmer of hope while helping Sidney row the boats into place for the race, as he alluded to his uncertainty about Eliza, but when she and Susan later speak with Sidney and Eliza—Susan is convinced Eliza is jealous of Charlotte—she feels belittled by a jest from Sidney and walks away, upset. He follows, continually hesitating in expressing his feelings—and she finally gives up and leaves him, certain in her belief that he prefers Eliza.

Stringer observes all of this and realizes Charlotte is in love with Sidney, not him.

He’s determined not to lose the boat race to Sidney, however—and he and his workmen pull ahead of the Parker brothers’ boat at the last minute to come in first. That race may be over, but Susan insists to Charlotte that another has not yet been run: the battle for Sidney’s affection is not finished.

As Susan departs Sanditon, Tom asks her to return. She says a particular friend—the Prince Regent, perhaps?—would enjoy the town, so she doubtless will.

The regatta was an unmitigated success—and Tom is finally willing to admit that he couldn’t have done it without Charlotte and Mary. He promises Mary that he will never again hide anything from her.

Babington finds Esther packing up her home and makes his own declaration. Having heard Edward impugn Esther at the regatta, he thinks that she has been prisoner to Edward and his regard, a power he abused. Esther sobs. Babington promises to prevent such an abuse from happening again—as a friend, with no expectations, even though he cannot get over Esther.

Finally, Sidney also makes a bold move. Having fielded an offer from Eliza for marriage, he finds Charlotte and tells her that Eliza has left Sanditon, and that he does not care. He would rather be there with Charlotte, because he believes that he is his best self around her.

“That is all,” he finishes, and walks away.